Another day another gallery reception missed - how am I to keep up? All is not lost though; The Remix Show at The Gladstone is set to stay until September 1st. And praise be to that - I think everyone should swing by and check out some of mad-cool art from the show.

The weird thing about the unconventional setting, in the passageways of the hotel's 2nd floor, was that I kept expecting guests to burst out of their rooms to inquire why I, with camera in hand, was lurking around their doorways. With TIFF just around the corner I may just have to do it all over again.

The idea behind The Remix Show, from what I've read in some paper handed to me, was that each of the 10 artists was to re-invent or re-define another's work by drawing inspiration from the musical concept of the remix. Granted this wasn't immediately clear, it's nonetheless a cool idea - I wish someone would remix my work from time to time. Then I too could charge $450 for some paint thrown on a piece of paper and tacked to the wall of a hotel.

By stark contrast to the less inspiring work on display were contributions by the likes of Ty Dunitz, Allan Ryan and Tyrel McNicol whose work with mixed media were all mind blowing. Next time around I'll have to have my cheque book close because I genuinely hope to add their names to my personal collection. 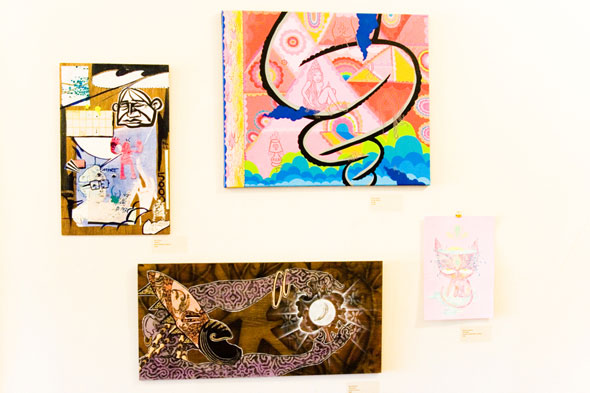 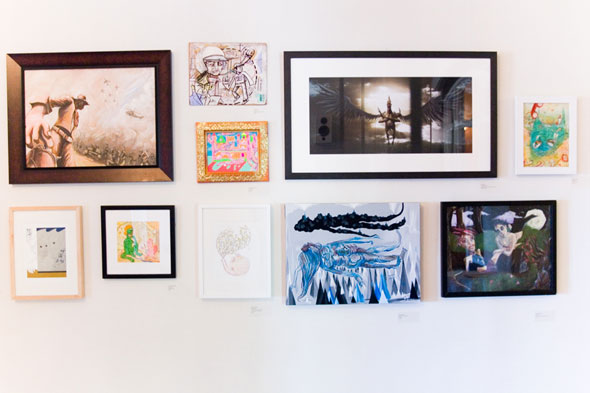 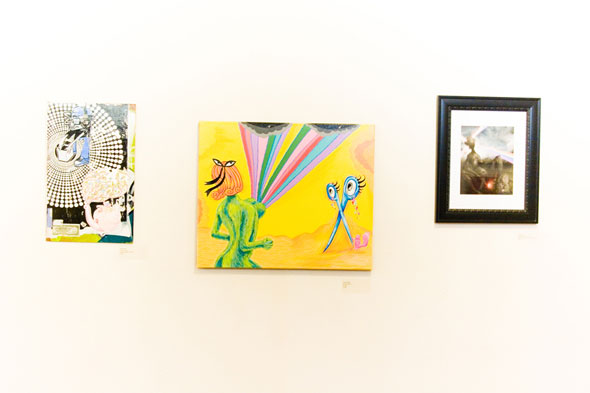