Lip Sync Smack Down a Gay Smack in the Face

I must admit I had no idea what to expect for the Lip Sync Smack Down Cabaret event Thursday night at The Gladstone Ballroom. But I certainly didn't think it was an exclusively gay performance night.

Billed as "A Lipsync Cabaret Funrazor (sic) Event in support of the upcoming 7a*11d International Festival of Performance Art," the evening sounded like a fun-for-all event, kind of like last month's Canadian Air Guitar Championships. Perhaps without the contest aspect.

Creating an event like this is fine, but to not promote it as an over-the-top gay night left me wondering if I had misread the press release. Unless you knew all the performers listed on the bill, it was hard to make that connection.

Now don't get me wrong. I've got nothing against gay people, honest. Some of my best friends are gay.

Kudos to the organizers for creating an entertaining fundraiser. But if they were trying to appeal to a mixed crowd, they failed terribly.

What turned me off was the overly crass repartee of the host Keith Cole, whose banter between acts included asking which girls in the audience can eat themselves out.

While this may be fair game in a gay bar, I found it offensive. Have you ever heard a host for any show ask the same, or ask which guys in the audience, for that matter, if they can auto-fellate? 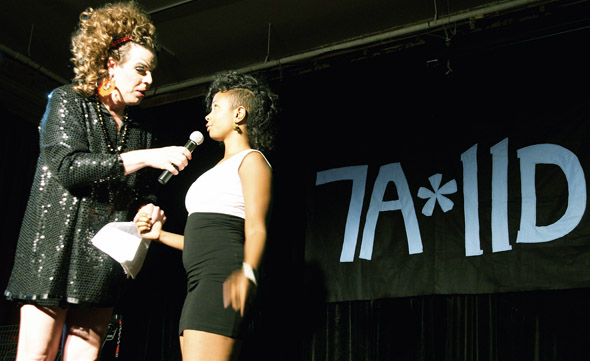 Cole (pictured above) invited the subject up on stage, where he continued to embarrass her, much to the shock and delight of the audience. Not that she wasn't game. But still, there's a time and a place for everything.

Among the entertaining performers was Shane MacKinnon (top photo in story) doing a fey version of Tiny Tim's Tiptoe Through The Tulips and Allyson Mitchell (pictured below) whose fabulous outfit was a throwback to those ceramic Holly Hobby-style dolls. 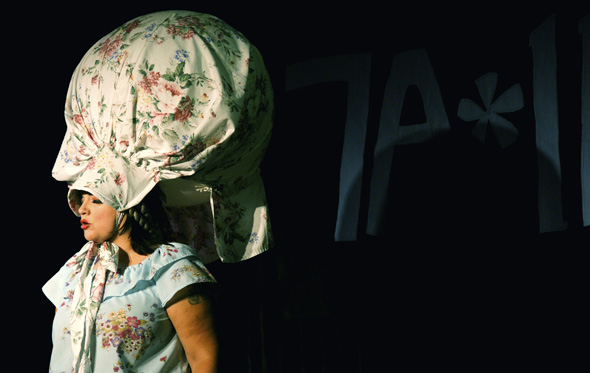 At intermission I took a breather and strolled down to the nearby Drake Hotel underground, where Ebony Bones was set to entertain. 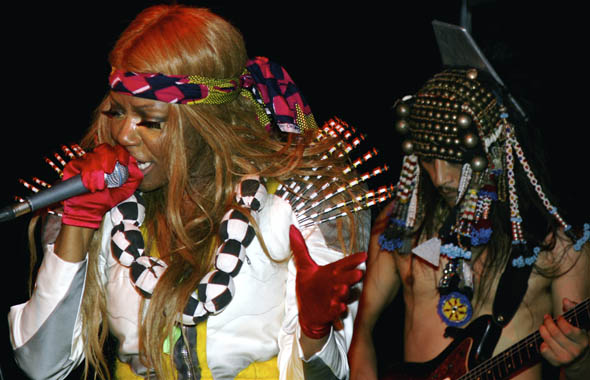 We were treated to a lively set full of colourful costumes and music that rocked the place.

Almost everyone was dancing by the end of their all-too-short set that didn't get started until about 1:15 a.m. I left with my ears ringing and my heart pounding. Now that was more like it. 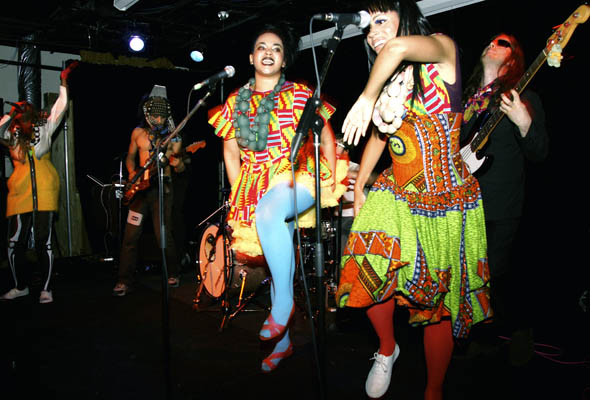