Sean Ward has a loyal following in Toronto. And it's easy to to see why.

"I've been stalking him the past two years," says Neal Adams. "It's only now that the stars have aligned that I get to meet him in person. The man rules the Toronto underground comic book scene."

I didn't know Toronto had an underground comic book scene, per se. But then again, I had no idea there was such a thing as Free Comic Book Day.

There's a steady, but patient crowd forming behind a table set up at the back of the Silver Snail for the unveiling and signing of his new 48-page graphic novel, Benny Bunny On Wheels last Friday. Sean is indulging his fans with their own drawings and his own little catchphrases. 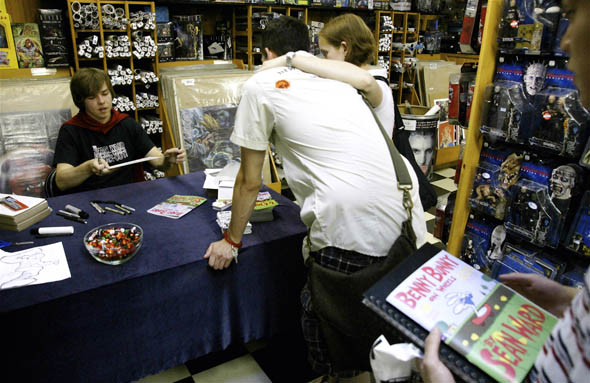 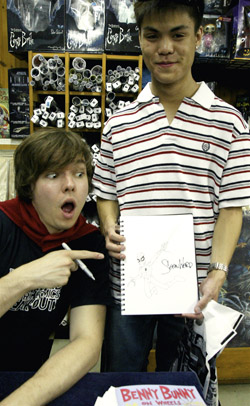 "If Jack Layton were a superhero, he'd be "Enviro-man from The Green Team," says Ward, wearing a red cape that he says he got from the special Superhero Emporium at Eglinton and Warden.

Ward is no stranger to the Toronto hip-hop scene, having performed often at the monthly Hip-Hop Karaoke nights in between other gigs where he raps and performs his own music with various backup crew, known as Sean Ward and The Realness.

"Keep the dream alive," he says, upon finishing a drawing and bidding goodbye to a fan named Andrea. "Word!"

Next up is Brendan Yapp, 21 (pictured right) who met Ward at Free Comic Book Day in May. Yapp says he just hit the comic book scene this year.

Both he and Ward are big Spiderman fans, so Ward creates a simple Spiderman drawing for him in just a few minutes and signs it. I find it ironic that his booth is set up in front of a giant Spiderman poster.

"That, and the moral of the story: With great power comes great responsibility. That's also the message of the artist. That's his talent, his duty and responsibility. How is your work making the world a better place? If you're not trying to do something positive, what's the point?" 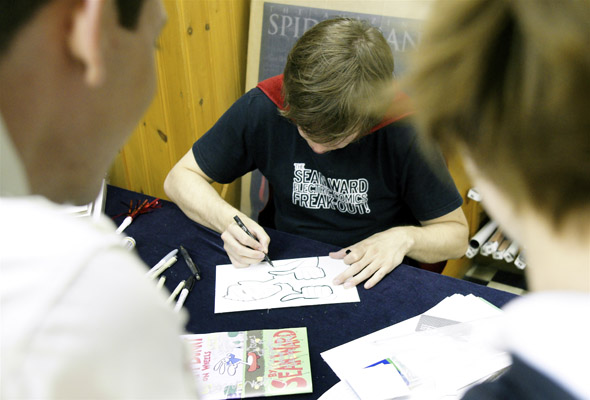 Ward's last comic book release came in November, 2005. So Benny Bunny On Wheels, his 19th comic book, was a long time coming. "It's an original graphic novel that's a timely story," he explains. "But also as timeless as the setting sun." 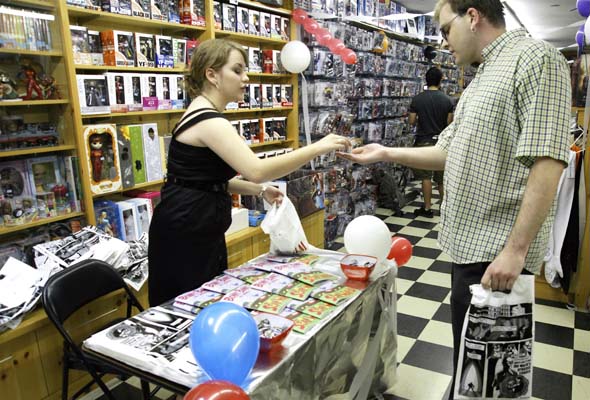 Look for Ward's new comic book series called Superparty to debut in early 2009. You can also catch Ward at the Paradise Toronto Comicon this weekend at the Holiday Inn on King Street.