The third annual installment of Alternative Tentacles ends tomorrow Saturday, May 3, so if the urge to go gallery-hopping during this month's CONTACT festival hits you, this exhibit might be worth checking out. Showing at the new Xpace gallery location on Ossington north of Queen, Alternative Tentacles 3 features artwork from nine alternative high schools around the city. 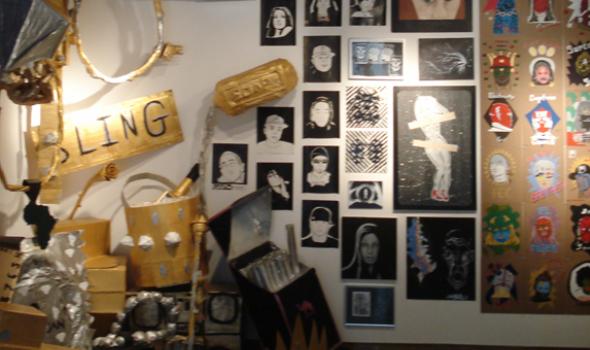 The gallery is packed floor-to-ceiling with paintings, sculptures and mixed media "salon-style," as described by Craig Morrison, curriculum leader and art teacher at Oasis Alternative School and the main coordinator for Alternative Tentacles. "We hung everyone's work together as a collective," explains Morrison. "We're not highlighting individual people, [it's] more like 'look at the work these kids have done!'"

Morrison started the show three years ago as an opportunity for students to showcase their work in a public setting. "In an alternative school kids are creating a 'real world experience' and we approach our students as contributing member of society." The participating schools range from the more traditional and academic to institutions like Oasis which deals with at-risk youth, and through collaborations on some projects "the students were able to mingle and see how their work mutually reinforces each other."