The Darwin exhibit begins with a (literal) bang: a pair of crusty golden tortoises, staring into space whilst engaging in the most natural activity of all. The slack-jawed male looks determined, pumping a stolid thrust every few seconds against his bored girlfriend, who's half-heartedly trying to climb out of the enclosure. The scaly couple ignore the many amateur filmmakers documenting their X-rated embrace on cell-phone cameras. The reptiles are dignified and unselfconscious: many a Hollywood starlet could take notes. 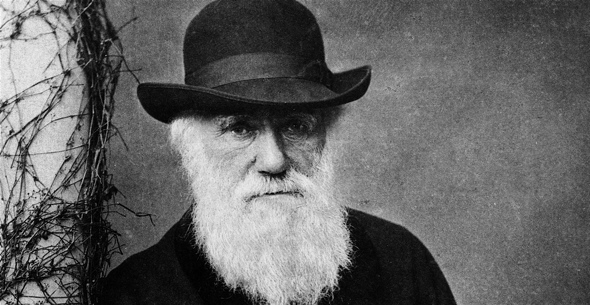 Tucked in the basement of the big slanty crystal, the exhibition begins by outlining the worldview of Darwin's era: a 6000 year-old Earth, stable and unchanging. It's an effective contextualization, showing how the Victorian public's fascination with geology set the stage for Darwin's realization that the timescale of evolution might be as long and gradual as the formation of mountains.

Soon, a detailed and charming picture of the young Darwin emerges- good-natured, a mediocre student, and, by all accounts, utterly obsessed with beetles. Darwin's first girlfriend, in his words, the "prettiest, plumpest charming Personage that Shropshire possesses", firtatiously writes, "Why did you not come home this Christmas? I suppose some dear little Beetles kept you away!" A university classmate's excellent sketch shows a teenaged Darwin riding a giant beetle, waving his butterfly net like a flag, with the subtitle, "Go it Charlie!" 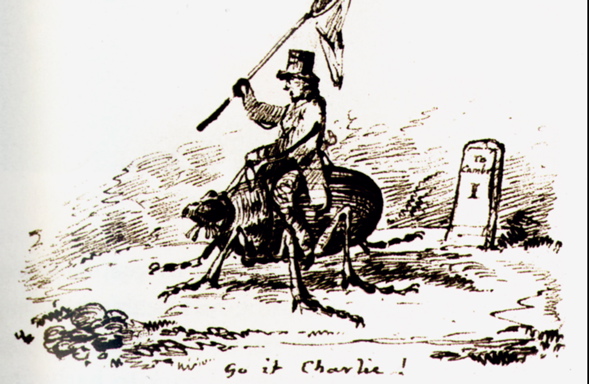 22-year old Darwin's five-year voyage on the HMS Beagle is covered in depth. Clearly, the many archipelagoes explored by the Beagle were crucial to Darwin's development- these island clusters naturally isolate populations of species from one another in slightly different environments, and thus, are perfect microcosms of evolution. More personal details emerge- Darwin suffered from terrible seasickness on the voyage, and, ashore on the Galapagos, he liked to ride the giant tortoises and play tricks on the famous marine iguanas: he wrote, "one shuffled up and stared me in the face, as much as to say, 'what made you pull my tail?'"

Upon his return to England at age 28, we see Darwin's untidily-penned and hilarious list of the pros and cons of marriage. He dreaded giving up "the conversation of clever men at clubs", but took heart at the idea of a wife "to be beloved & played with- better than a dog, anyhow." In the end, nature prevailed and he married his first cousin, Emma Wedgewood (of the Wedgewood China family), fathering 10 children in the pastorally pleasant Down House. His home life is touchingly shown: his son's drawing of goofy "Vegetable Soldiers" on the back of a manuscript page from On the Origin of Species (!)- a sweet display of the childhood keepsakes of his beloved daughter Annie, who died in childhood, and a recreation of the study in which he wrote his groundbreaking essays.

On the whole, the exhibit is a great success. You'll leave with a clear understanding of Darwin's life and times, and the influences that led him to his revolutionary conclusions- diverse sources, ranging from Malthusian population growth to a questionnaire Darwin mailed out to horse breeders, trying to better understand variation among offspring. Seeing Darwin's rough sketch-- entitled only "I think"-- is an absolute thrill: the shorthand illustration shows an evolutionary tree, the heart of his then-unformed, soon-to-be brilliant theory encapsulated in a few rough penstrokes. 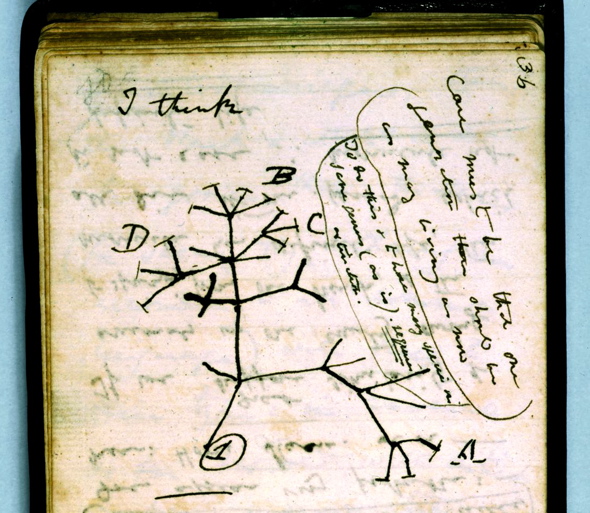 I'm not entirely sure how clearly this exhibit will educate anyone unfamiliar with the basic principles of evolution, which are outlined rather briefly. (For the record, here's an excellent simple explanation of natural selection, and a more in-depth explanation). But if you already know a little about evolution, you'll probably be interested in the supporting evidence in the exhibit: clear displays outlining mirrored embryonic development, homologous skeletal structures, plant/pollinator co-evolution, and more. 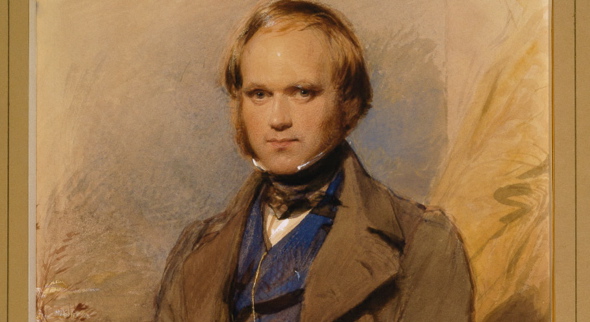 Where the ROM's offering absolutely shines is in its appeal to those whose idea of Darwinian evolution involves Darwin as a musty textbook figure. Discovering the enthusiastic and affectionate personality behind the craggy, beardy old face is a delight. And to anyone who has long admired the man, seeing his personal effects will be a treat- my father, a retired biochemist, was absolutely thrilled. "To study Darwin like I did," he beamed, "and then to see his actual notebooks- that was amazing-- even if I couldn't read his handwriting!"

If you're bringing kids, there's stuff for them to do as well- there's a live iguana (pictured earlier) and some frogs to ogle, and many models, taxidermied animals, and physical objects to look at and touch-- the kids I saw looked quite well-entertained. And don't fear the crowds: we arrived at the ROM to see a disheartening, round-the-block madhouse of a lineup, but inside, the exhibits, though crowded in places, were quite navagable. Plan on allotting 2-3 hours to do the exhibit justice, and keep an eye out for those lascivious tortoises- when I left the exhibit, they were still there, humping away and staring into the middle distance, no doubt contemplating their own evolutionary fitness. 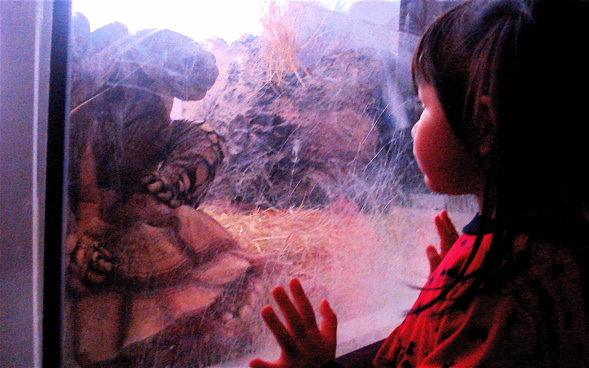