Lessons In Appreciation by Stephanie Town

Local photographer Stephanie Town strives to appreciate as much as possible in her life, despite the mundaneness we're all faced with on occasion. She's been capturing her favourite moments on film and sensor for the past twelve years, and she's gathered together her dearest images for her first ever exhibition at Not My Dog in Parkdale. The show, entitled Urban Perspectives - Items In Passing, will open this Saturday with a launch party scheduled for 8:30pm. I had a chance to ask her a few questions about the show, her travels and what's next on her agenda.

KG: This is your first show... how did you find the preparation process? Was it more/less work than expected? More/less expensive than you thought? What advice would you give to someone who is thinking about planning an exhibit?

ST: The preparation period for the show wasn't too taxing for me as I tend to be fairly organized. It helps too, that the show was moved from February to March so I had a month and a half to get it all together... but I have to admit I haven't finished all the 'to dos' for the show just yet. The bits are there, I just have to finish putting them together.

The work load is what you're prepared to put into it, so for me, I've placed the exact amount of energy and effort into this, that I would invest into the other things that are important to me (but I admit I can be a total slacker, or I feel like one, at least). I should have had a few friends go over my final photo choices to make sure they reflected the best of the best, but instead I just went with what I love for my first show. There will always be someone who loves your work and someone who hates it. So, I just go with what I love.

Cost is a funny thing. I've spoken with other artists about this recently. The lead-up to a show is always the most expensive part, and when you're already on a budget finding the money to print, frame, etc. your work can be frustrating and a major deterrent if you don't feel you can afford it. If you know you want to do a show, put a little bit of money away as you work towards finding a venue and putting your collection together so that when the time comes, it isn't such a hit to your wallet. Doing price research ahead of time for framing and prints is a good idea too. Having a rough idea of what you're in for is a huge help. Not everyone is great at budgeting, but if you really want to do something and you are determined, the money to cover the costs will be there.

For anyone out there wanting to do a show, I would suggest you get out there and just do it. So many times I have seen people showing and selling their work and thought "Wow, I know I can take better photos than this." But the difference was, they were selling and showing their work and I wasn't. I have to give credit to them for having the balls to put it out there. I didn't. If you are passionate about something, then put in the time to find an opportunity to display your work. Be prepared to show samples, and most of all be excited about your work. I know full well people will look at my work and think, "Wow, I know I can do better photos then this," but it doesn't matter. I love what I do and I'm excited about it.

KG: Tell me a bit about your inspiration for the show. Why did you choose the theme you did?

ST: Urban Perspectives is a series I have been working on for a very, very long time. The original concept was based on the idea that how we view our city, our urban space, changes depending on our mode of transportation. Items in Passing are the urban fragments caught while traveling on foot. For the show, I have included photos taken on foot and transit. I just realized this week I have only one photo taken from a car. This realization of the exclusion of photos taken in cars shocked me - it was not on purpose - but not totally surprising when I really thought about it. My friends and I travel on bicycle 8 to 9 months out of the year and transit the remainder. The opportunity to be in a car is rare. I am a firm believer that one does not necessarily need a vehicle when living and working in an urban centre. Maybe the exclusion of the car is a reflection of my belief.

Every city, every place, has things each of us pass every day. We often take these items, these places and moments, for granted and then one day they are gone. We suddenly miss them. A pair of shoes hanging from a wire go unnoticed until suddenly the dangle we use to see out of the corner of our eye is no more, or that store window you always glance at and thought, "I'll go in there later," but when later comes, the store is boarded up. Items in Passing are those moments in my daily life when I can capture something that will not be there tomorrow. Who knows, maybe they will...

KG: The photos in this exhibit were taken in four cities across the world. What similarities did you notice while traveling to these places? Differences? How does your theme connect the four cities?

ST: One thing I have always believed is that a place is just a place. It is what you do with your time while you are there that makes it something.

As for capturing urban perspectives, I spent most of my time walking around cities while traveling. One thing I did notice in all of the countries I have visited, is that congestion, traffic in peak and non-peak hours, is the same in every city no matter where you are. I find the view we have of Toronto is limited by our time spent in cars and the frame it provides. We miss out when sitting in vehicles, navigating the roads. We limit our ability for random encounters and odd back alleys when idling away in a car.

What else did I notice... The smell. Mostly bad.

Originally the show was to display photos of Toronto. As I went through my photos, I incorporated a few from my travels. The show evolved into a collection of work from four cities. After the fire at Queen and Bathurst last week, I pulled a shot taken in Glasgow and replaced it with a photo called "Empty Couch Dirty Roof" taken when I lived at 619A Queen St. The building is no longer there, having been engulfed in flames. I haven't spent much time passing by the block since the fire, as I prefer to remember the area with the memories I have from my time there. I think my friends do as well. I pulled the Glasgow photo after discussions with my friends and with their encouragement. I think of it as an "Ode to 619".

For me, Urban Perspectives and Items and Passing bring together the hidden gems, the decay and the one-off moments that we can experience in our own city and elsewhere. For me, it is also a reminder that we should take a moment to appreciate the blessings, the moments, the little things that make our city great to us. We appreciate these things so rarely. I think this is true for every city. When you are only in one place for a time, everything is a blessing, and a moment to be captured. I try to see my city with fresh eyes each day but even I get lost in the pattern of day to day life.

KG: What brought you to Not My Dog? How do you feel the atmosphere of this bar will affect your exhibit?

ST: A co-worker of mine is friends with the owner. When he learned I had moved to Parkdale after returning from Asia, he would always tell me about Not My Dog and encourage me to go. My friends and I meet up regularly for drinks. Sometime last summer we started to hit up Not My Dog. We tend to split our time between Not My Dog and Mezzrows.

One night in December, while taking in some local music with a friend who had just moved to Canada from Mexico, I made a casual inquiry about wall space. Daniel Sky, who works at Not My Dog, told me to email him to set something up. To be honest, I delayed for over a month (the slacker in me). Every time I saw Daniel, he mentioned he was still waiting for my email. Long story already, but 20 emails later and a few drop by's, and that is how it happened.

Daniel Sky will be performing Saturday night. He suggested we combine the opening night with his performance night. I think combining his musical talents and my photography will give the audience a 2 for 1 deal, in a way. People can see some photography and also hear some great music.

Not My Dog is small bar that is full of local musicians and artists. The bar rotates the art to display work by a different local artists each month. I think it is an ideal location for upcoming artists and musicians wanting to 'get out there'. Not My Dog offers a chance to hear music and see art by other people in the community. I feel the urban perspectives in my images go well with the atmosphere of not only Parkdale, but of Toronto. Most people would never even give Not My Dog a second glance unless someone took them there or encouraged them to go. It's a hidden gem, I think. The variety of art and music gives everyone there a chance to broaden their views and get a little perspective. *wink*

KG: What's next for you, as far as photographic adventures go?

ST: As my friends know, I am painfully secretive about some things in my life and often spring news on to them out of the blue (you'd think they'd come to expect it by now!). For now, I am going to continue working on my urban perspectives. I think that I will probably get more detailed and specific about the shots I include, but so much of it is quite random. I'm capturing what I see in a moment.

I have loose plans to keep traveling but that has to wait a while. Other projects have started to come up, such as the chance I had not too long ago to photograph a break dance face-off between breakers in Toronto and Buffalo, via live stream. The event was organized by artist Jessica Thompson at the p|m Gallery. I am also working with a local indie folk group, discussing their band photo for an upcoming album. Funny enough though, our ideas have evolved in such a way they may not even need me for the concept we came up with, which is fine. Much of what seems to be happening for me right now is definitely a learning curve, and I am learning tons. 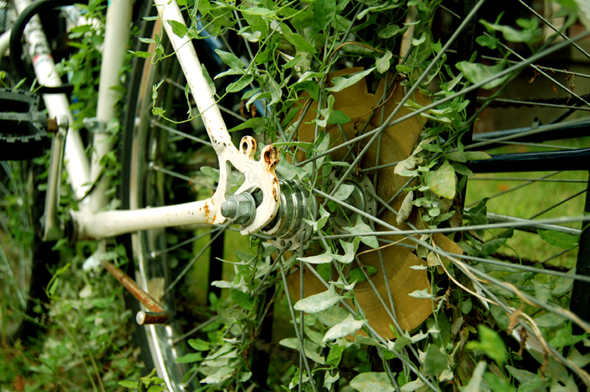