One of the members of the blogTO Flickr pool is dead, but his ghost continues to upload photos. Yes, you're reading this correctly, and you heard it here first. He is (er... was) from Toronto and is now deceased, and he won't reveal his secret as to how he continues to post photos to Flickr.

He's been haunting Flickr for over 2 months now. But he's not spooking us on the popular online photo sharing site for reasons sappy or nostalgic, or to contribute to an archival photographic record of Toronto's past. He's doing it because he's pissed off. 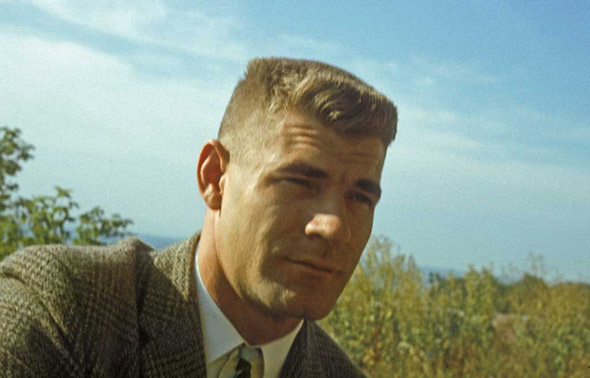 The deceased photographer, who goes by the handle pjs_deceased writes:

"I am pissed with all those so-called photographers out there with their digital, point-and-shoot wonder-boxes, snapping away like there is no tomorrow, not giving their work any real thought.

In my day every shutter click cost you money. You considered each picture, framed it like it meant something. You careful thought about the lighting and composition because once you pressed that button you couldn't use some fancy technology to fix your mistakes.

I also hate the fact that all this new technology seems to make you belive [sic] that you invented the the medium. It is my hope that by posting my pictures and encouraging other dead folks to post their pictures, we will remind all you "breathers" that photography has been around since the 1850's and many, many talented people have come before you."

He also encourages other dead people to join the "Dead Photographers Club" (which currently has just 4 members).

Also included in his collection are glamour shots of models at the Toronto Photo Sow in 1961, skyline shots from 1959 that reveal a very different Toronto, and a number of photos from his vacation to Florida in 1960. 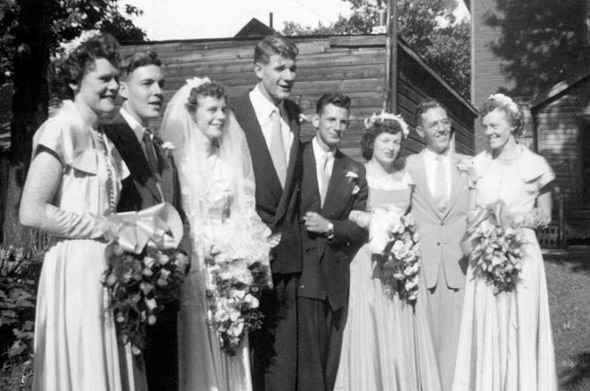 In reponse to the group wedding portrait shown above, he writes in chilling, first person tone and in the past tense:

"The tall good looking guy in the middle was me. The women in the bridesmaid dresses are my bride's sisters. The others were friends, good friends that over time I lost touch with. Most, like me, have passed." 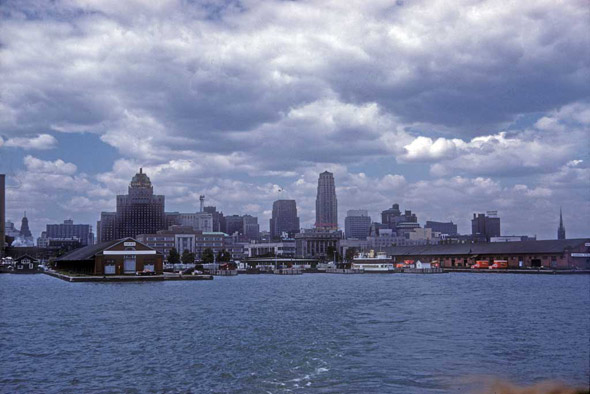 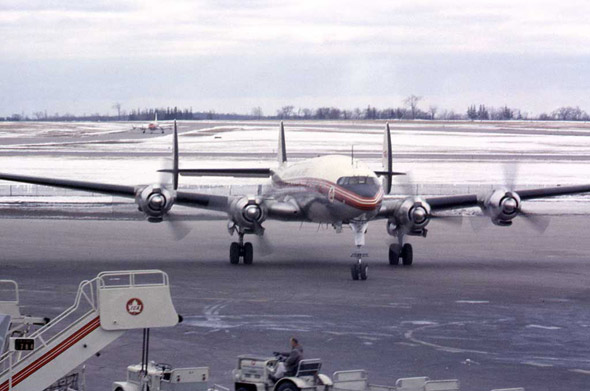 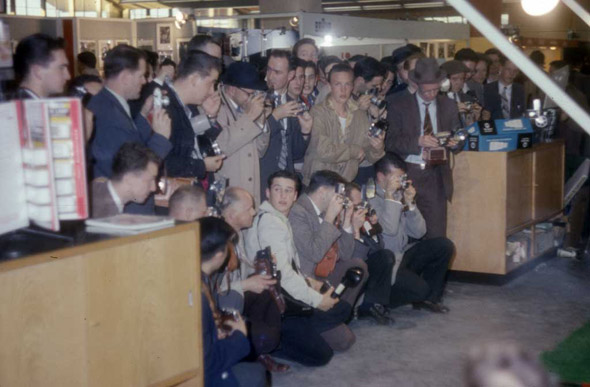 I must say, whoever is behind this very creative concept deserves high praise. But I also have a lot of unanswered questions...

UPDATE (March 2nd): PJS has responded, rather enigmatically to some of my questions, via Flickr mail.

Who was PJS and when did PJS die?

"Jerrold, I may be dead but I am, or at least I was, a person. You don't need to speak to me as if you were asking questions of an Ouija board, which by the way should not be confused with some kind of psychic Bluetooth device, it's cardboard and plastic and a waste of time."

Did PJS, before his death, actually write what's in his Flickr profile?

"PJS, me, I wrote my Flickr profile. I died in the 80's, well before my time, certainly before I was ready and definitely before I was done. That's part of the reason why I am posting my pictures and it is the only reason why I have been allowed to do so."

Did PJS request that a living person post these words and photos, or is this whole concept the brainchild of someone who dug up some old photos and decided to give this wild idea a whirl?

"As I said when you first contacted me, this whole thing is a bit of an experiment. Direct contact with the corporeal world is not generally permitted or advisable and though I spent most of my life enforcing rules I now find myself in death breaking them or at least bending them to make a point.

What, you may ask, is my point? I'll get to that when I am ready. Perhaps by then you will be ready to listen, to see and to understand. A wild idea? Perhaps. You will have to decide that for yourself."

I've replied to PJS and let him know that when he's ready he can Flickr mail me.