A great way to keep warm and enjoy the longer evenings can be found at the Four Seasons Centre for the Performing Arts from November 8-18th. The 2007/2008 season of the National Ballet of Canada is opening with a tribute to the great American Choreographer, Jerome Robbins. A triple bill of Robbins' finest short works, Glass Pieces (1983), In the Night (1970) and West Side Story Suite (1995), all company premieres, will mark the tenth anniversary of his death. 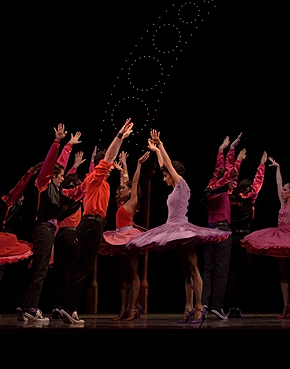 Jerome Robbins is world renowned for his work as a choreographer of ballets as well as his work as a director and choreographer in theatre, movies and television. Although he began as a modern dancer, his start on Broadway was as a chorus dancer before joining the corps de ballet of American Ballet Theatre in 1939.

While embarking on his career in the theatre, Mr. Robbins simultaneously created ballets for New York City Ballet, which he joined in 1949, and became Co-Artistic Director with George Balanchine. Mr. Robbins directed for television and film as well, with his co-direction and choreography of West Side Story winning him two Academy Awards. After his Broadway triumph with Fiddler On the Roof in 1964, Mr. Robbins continued creating ballets for New York City Ballet.

In addition to his two Academy Awards, Mr. Robbins's awards and citations include four Tony Awards, five Donaldson Awards, two Emmy Awards, the Screen Directors' Guild Award and the New York Drama Critics Circle Award. Mr. Robbins was a 1981 Kennedy Center Honors Recipient, was awarded the Commandeur de L'Order des Arts et des Lettres, was an honorary member of the American Academy and Institute of Arts and Letters, and was awarded a National Medal of Arts as well as the Governor's Arts Awards by the New York State Council on the Arts.

Some of his Broadway shows included On the Town, Billion Dollar Baby, High Button Shoes, West Side Story, The King and I, Gypsy, Peter Pan, Miss Liberty, Call Me Madam and Fiddler on the Roof. In 1989, Jerome Robbins's Broadway won six Tony Awards including Best Musical and Best Director. He was awarded the French Chevalier dans l'Ordre National de la Legion d'Honneur. Jerome Robbins passed away in 1998.

Young readers (aged 16-29) can get $20.00 tickets to West Side Story Suite through the National Ballet's youth discount program 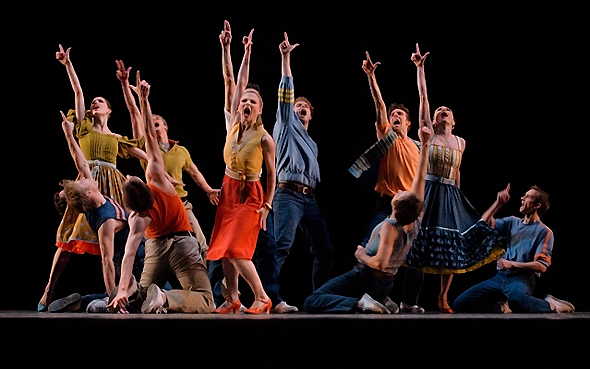 Photographs by Nancy Paiva. Image credits to the Artists of the Ballet in West Side Story Suite