I decided to wait two full sleeps before commenting on Nuit Blanche 2007. I too was disappointed. There was a lot to be frustrated about, described well in the comments during and after Adam's live blogging post, such as the TTC's poor performance, the misleading descriptions, an overall lack of something inspiring and the embarrassing disrespect of certain patrons who stole and defaced some of the art... the list goes on.

And yet despite all the disappointments, despite the overall blah, I still enjoyed myself. Sure, the weather was perfect and it's fun to take over the city for a night. Sure each person could find their favorite few exhibits that partially inspired them (I regret not seeing most of good ones, instead I was drawn to the too-hyped exhibits such as the red-light district and fish restaurant). But I think I overall enjoyed myself because it's just a special night. I love the community and the interaction, the art and the energy. So after mostly poor responses to the evening, I wanted to highlight two aspects of the evening that I feel are Nuit Blanche's strengths and I hope to see an improvement on them in the future. 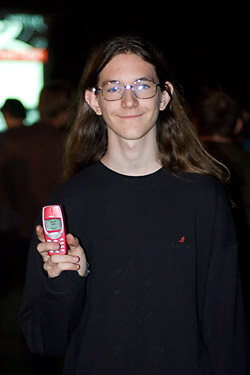 The largest smiles I saw from the evening came from exhibits where people were actively participating. The environment at these exhibits was joyful, playful and exciting. I planned my evening around trying to visit as many events as possible, but whenever I came across one where people were engaged with the art, I found myself hanging around much longer, drawn to the contagious participation of something as simple as making a pom-pom, a cloud, plugging in an ipod or tracing a foot-print. People would spend hours in front of a giant screen waiting for their third, fourth, fifth text to appear. At these events I felt a community, an engagement and a spirit. It's fun to watch people get excited about art, and without a lot to get excited about this year, I think people really got into making their own.

Another exciting element to some of these interactive exhibits was their size and documentation. I visited the Beta Shoe Museum at about 1:00 AM. At that point the museum was running out of space to display all the outlined shoes that had come through their door (photo top middle). The sheer volume was overwhelming. You could get a sense of the immensity of the evening, feel the presence of all those who had already been, all those who were going to come and the mark that each one had left.

Don't get me wrong, I don't think the evening should be one big craft fair and I'm not suggesting there is anything particularly exciting about watching a text appear on a big screen (photo right) or tracing a shoe, but I highlight these events as encouraging, something that if done well next year, could be really powerful. Audiences loved to participate, to see their contribution in real-time. I think it's fair to highlight the still talked about success of the fog in the park at the first Nuit Blanche. People were engaged, could touch and feel the art, and the art could only exist with the audience. It's not just about audiences making something, but touching something. Interaction.

To be successful though, there should be a way of managing huge crowds of people, the queues could be ridiculous. I also think the interaction could be much more creative and engaging. If texts and balloons can do it, imagine would else could. 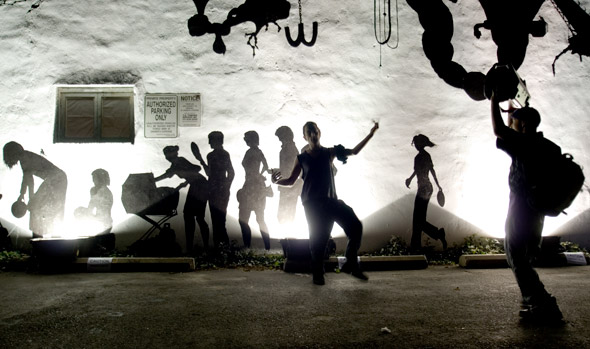 Making the Night Your Own. In case you missed it, there were two guys running around with a boom-box and a video camera (pictured below in front of the silhouettes, apparently they were making a movie). They would set up the camera, turn on the music and video themselves dancing in front of the events, or on the side-walk between events, or wherever they felt inspired. I admit, it was pretty lame, but I kind of envied them. They made the night theirs, and people got a kick out of it. Along with the dancing, they screamed words of advice, "Everyone's an artist because we are all going to die, be creative, do something." Not that this is healthy or advice and I certainly don't hope that there is an increase in terrible you-tube videos on the fly next year, but there is something to be said for making the night your own creative night. I also liked that I didn't want to hit these kids, most any other night I would have been tempted to tell them to get lost, but hey, it was Nuit Blanche, it was a night of artistic expression... right?

I'm aware the evening should still be a night about the professional artist and new ideas and the presentation of great works of art. I really hope Nuit Blanche can do that next year better then ever. I also don't want to suggest Nuit Blanche should have similar interactive exhibits year after year. It will naturally have to continue to experiment with it's format to find what is successful and what isn't.

What I am suggesting is the night is much bigger then the events. It's a night about a community of artists and that the audience is an essential part of the experience and contributing artists themselves.

Examples of two exhibits that were pleasant too look at, but audiences couldn't touch: 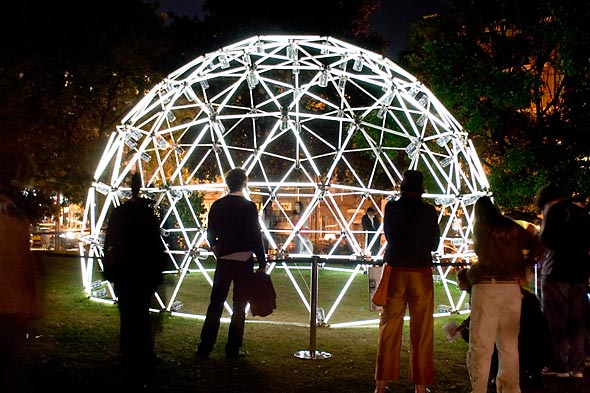 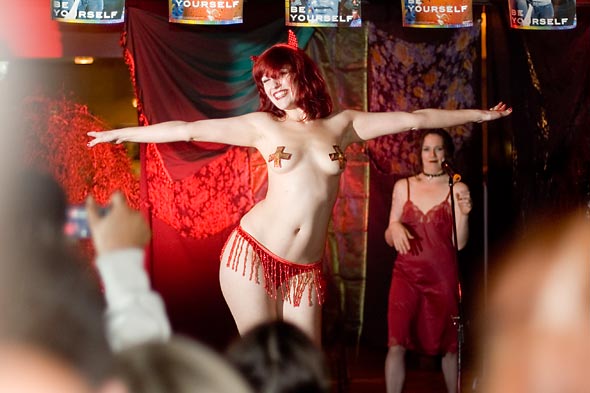