Like Ben Mulroney with Talent: Stephen Eyes on Toronto 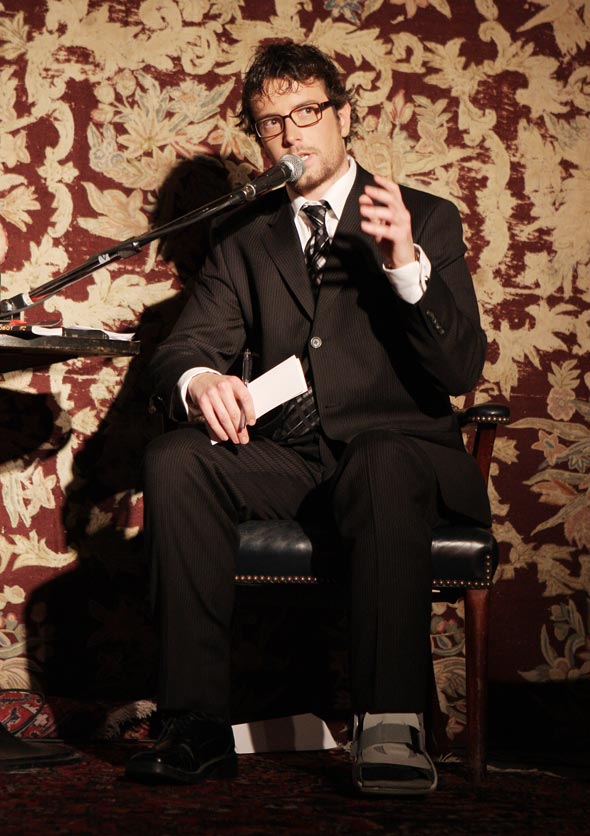 This was the third episode to-date and the show is still finding its footing. Eyes and producers are playing with the order of segments, number of guests, etc, along with doing a little bit of fumbling along the way, but as the packed room can attest to, it already it shows promise. 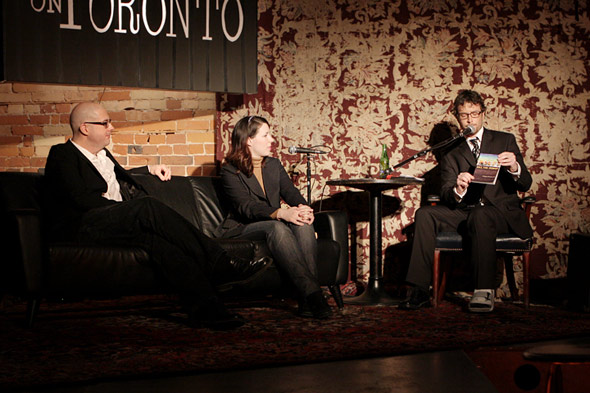 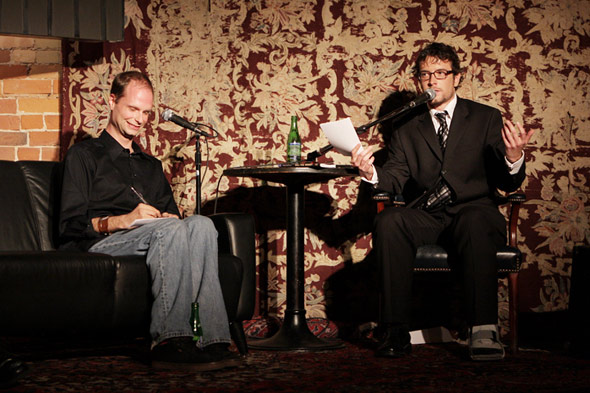 Musical performances came from the lovable, Gentleman Reg and the mere days-old band, Mermaids, led by Katie Sketch of The Organ fame, in her first live performance since their break up.

With a better line-up than anything on local Monday-night TV, sponsorship from Steamwhilstle, plenty of Mulroney cracks and a great, supportive venue, Eyes on Toronto in certainly on the right track to winning over the city.

You can see the next episode, live, on Monday, November 26th at the Gladstone. Tickets are $10 at the door. Show starts at 9pm sharp. As mentioned, you can watch it all from home via streaming video on the Eyes on Toronto website.

Here are some photos highlights from this episode's performances: 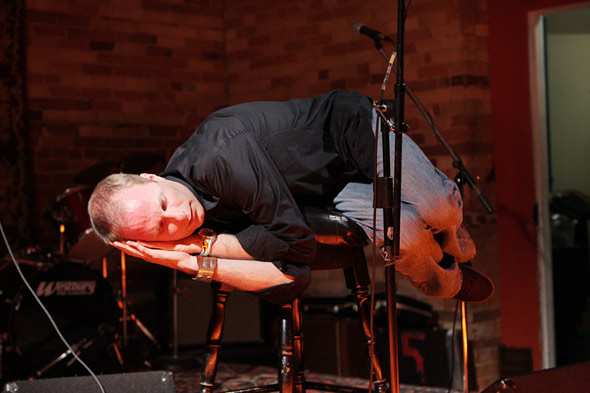 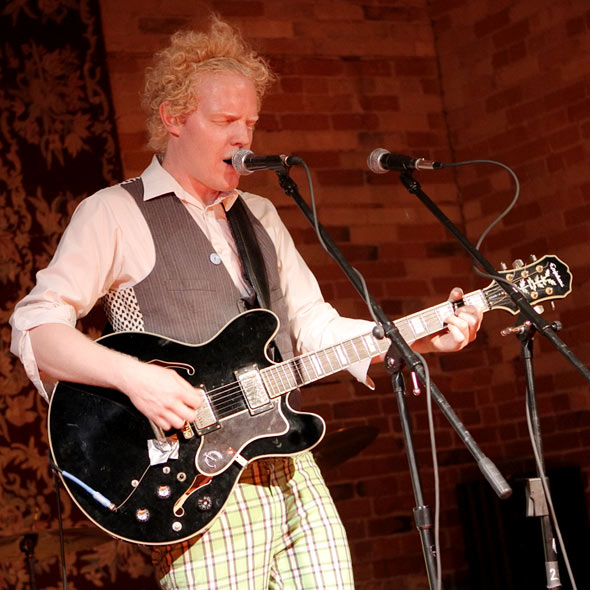 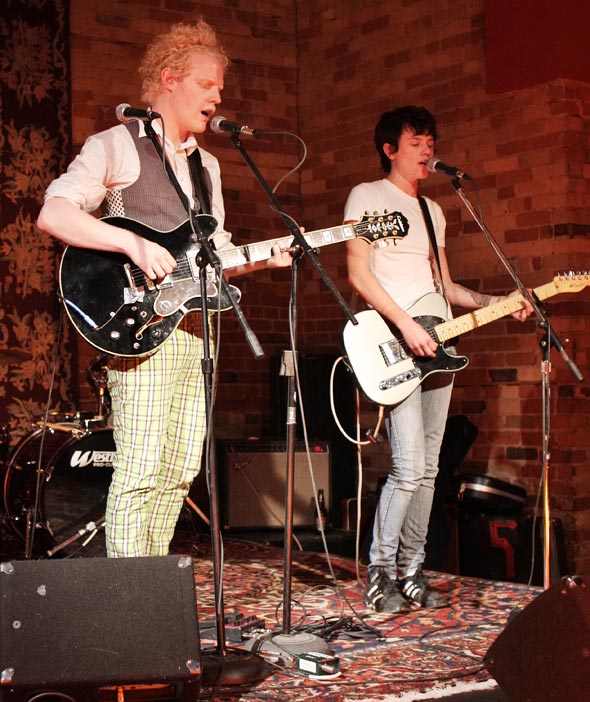 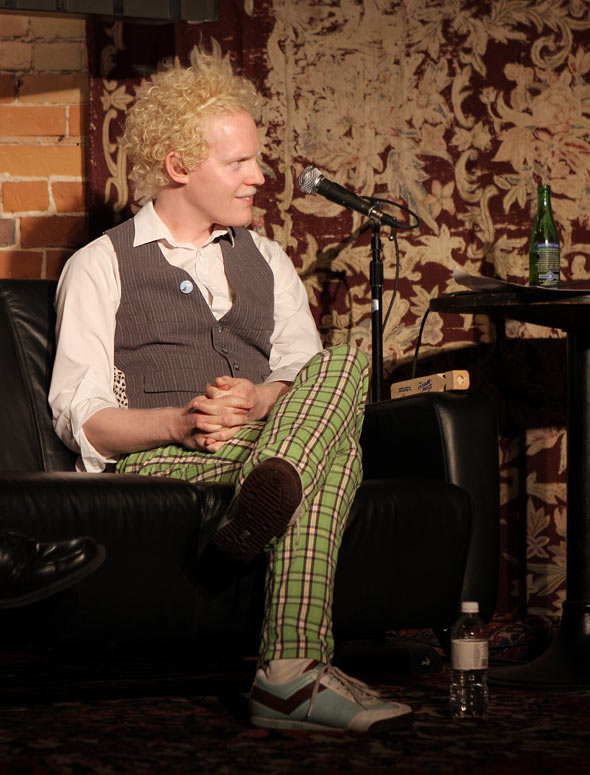 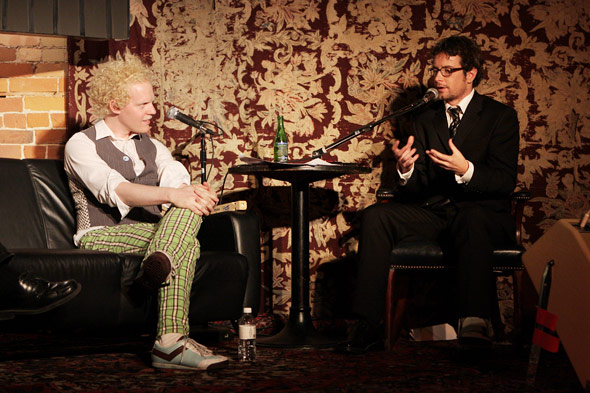 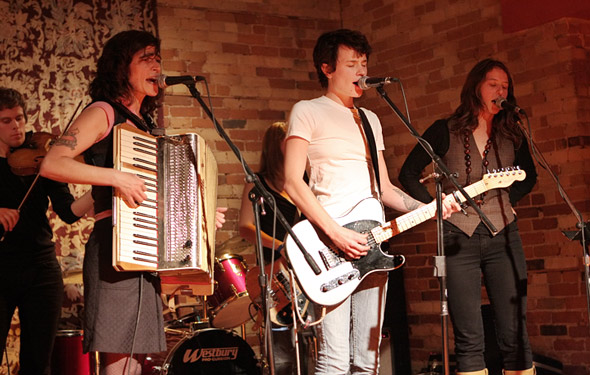 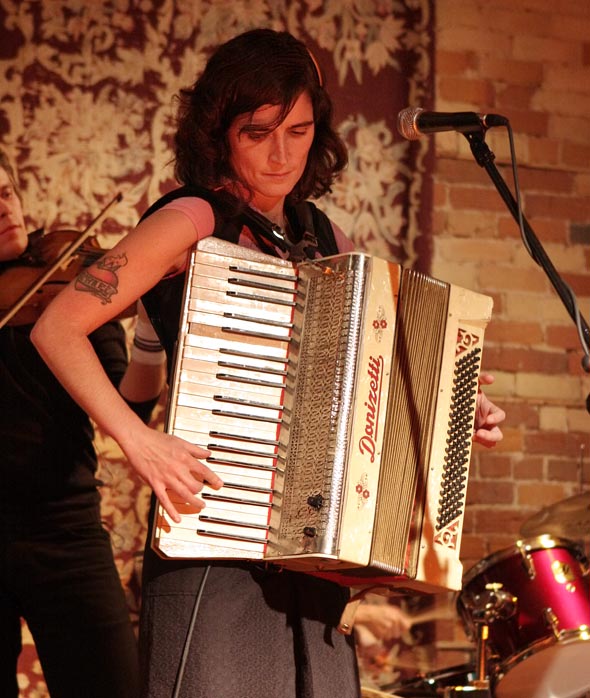 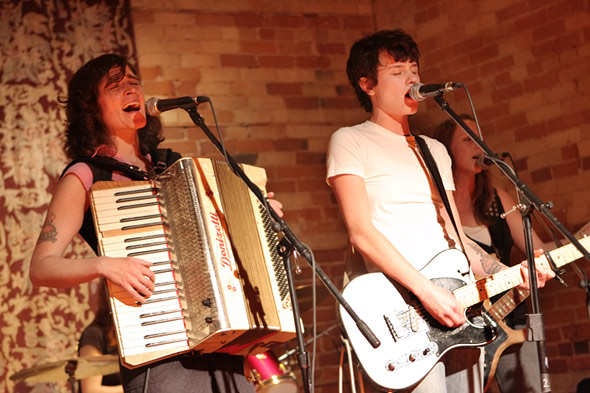