CraveFest, the non-profit international music video awards festival wrapped up Friday night with a lavish party at The Mod Club Theatre. More a spectacle for the fans than an industry hype night, the evening was an entertaining all-ages rock-concert awards-show schmoozefest.

The invite said doors at 7pm but they weren't ready for us until at least 8 o'clock. So I'm entertained in the roped-in area just in front of the club by firebreathers, cabaret-style, smiling hunchbacks and scantily-clad, body-painted arm candy.

Once inside I make my way upstairs. It's hard to negotiate the crowd because, perched upon two tables in the middle of the small orange room, are two bikini-clad women surrounded by a sushi display. Classy. I'm handed a cold can of Red Bull and work my way back downstairs to the stage area.

Tara Slone plays emcee for the night, filling in downtime in between awards presentations and live acts. Slone gets both cheers and jeers from the crowd when she tells us she's toured with Tommy Lee, and that he's got a huge cock. I thought this was an all-ages event.

Keep reading for the full report and a lots more titillating photos.... 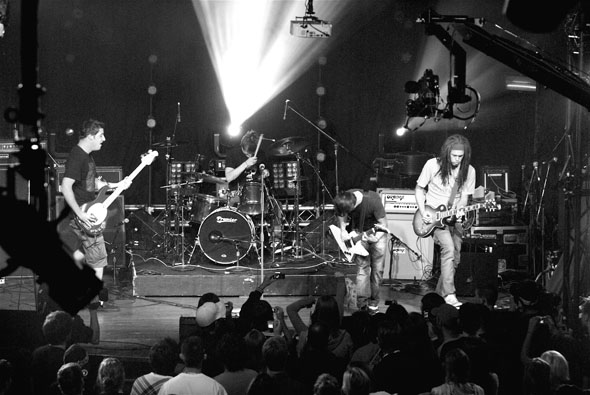 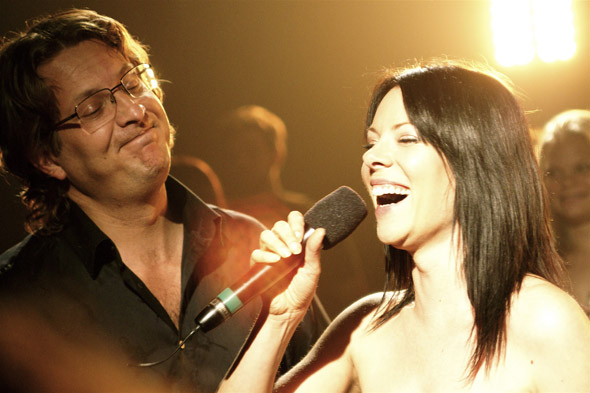 take the stage and the energy of the crowd picks up. There's video cameras mounted on cranes bobbing up and down to film the show. The excitement mounts, but it's a really short set. Fans shout out for an encore as the bright lights come back on and the emcee returns.Alan Cross of Edge102 fame is quizzed on his music trivia knowledge on camera by Slone. She jokes that if he answers correctly, his prize is getting head. I'm not sure if she's offering the prize herself, but he aces every question she throws at him. 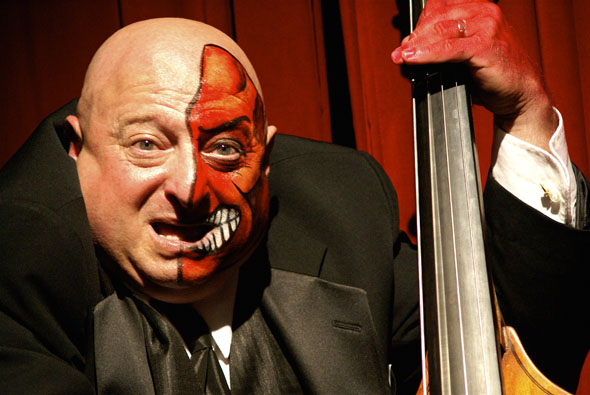 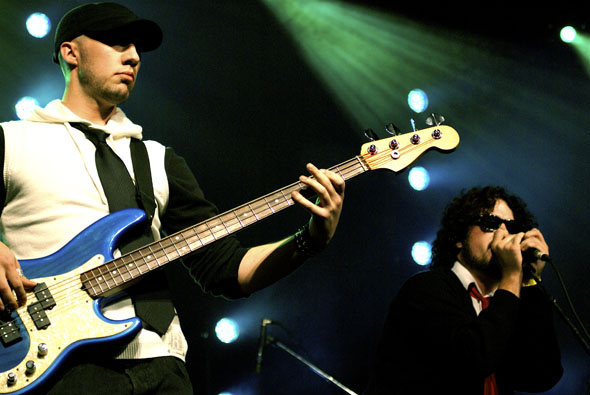 , The Scenario, Solitair, Handheld and Tricky Bizzniss, who end their set with Polaroids and confetti cannons.But the most entertaining performance of the night is between more established musical numbers, when one of the smiling, tuxedo-wearing hunchbacks takes the stage with a stand-up bass. Turns out it's Abbey Sholzberg, from Club Django.Perhaps the best dressed and tightest-sounding group of the night was The Scenario, who have graced the Mod Club stage a few times over the past year or so.

With all the eye candy and ear candy on display, the awards seem just secondary. Some of the CraveFest award winners on the night include 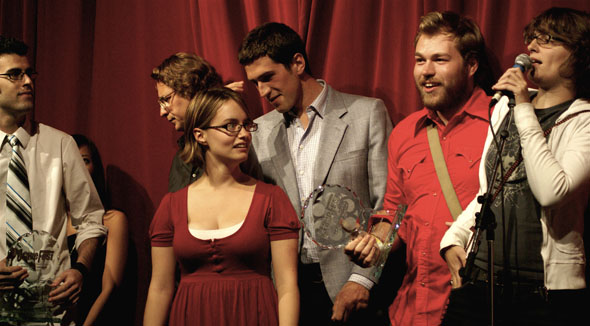 for Best Unsigned Hip-Hop/R&B Video.The Sweet Homewreckers won awards for Best Video and Most Original Video in the Punk/Rock/Metal category for Wild America. As they accepted their award, they commented how much they love Ill Scarlett, who then came back on stage for a final song to end the night on a high note.Just after 10pm and the show is over. The kiddies empty out, making way for a new Friday night dance club experience, appropriately named Exposed.

If you missed the awards ceremony you can still watch the videos of all the finalists here. Or take a longer look at my complete photo slide show below: