B-Girlz Bring Down the House at Homo Night

Just when you thought Pride Week was over, right? Don't even think about putting that water gun away yet, sailor, the party's rocking all the way until the end of the weekend here.

"The weekend? Isn't it Monday?" you ask? Well, for a great many gays and straights (not to mention blogTO photographers, writers and those nursing their faces from the now infamous Jeffree Star Superman uppercut), this weekend in question will last easily until Wednesday as hangovers and sunburns are given their dues.

You know I can't pass up an opportunity to adorn the front page with a troupe of drag queens, either. Easily one of the most entertaining events I attended through the entire Pride Week was at Buddies in Bad Times Theatre on Saturday night.

Dubbed Homo Night in Canada, the charity eve would see some of the city's best and brightest gay and lesbian comedians do some stand-up in an event hosted by the beautiful and brilliant B-Girlz.

Above all else, the night was in support of the Canadian Lesbian & Gay Archives (an extremely important initiative, might I add) and Buddies itself.

As entertaining as it would be for me to go through each comedian's entire act verbatim for you, let's just peruse some photos and selective quotes, shall we? 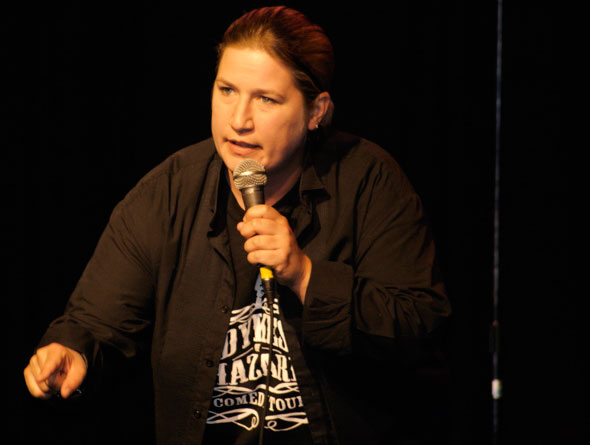 Kristen Becker: "I don't know if you can tell by looking at me, but me in a Victoria Secret; Kind of like Elton John in a Home Depot." 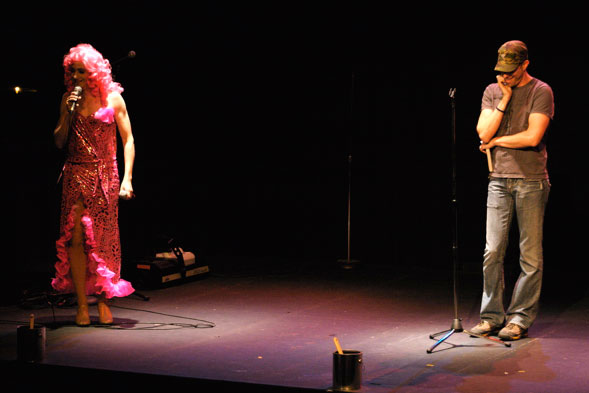 Steven Bereznai, author of "Gay and Single... Forever?" loses mic privileges and learns the hard way that you don't mess with the hosts during your act.
B-Girlz Barbie-Q: "I hope you enjoyed your stay at Buddies!" 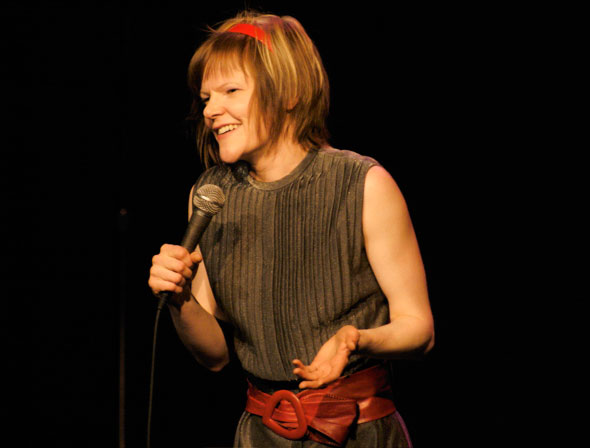 Julia Stretch: "I know some true bisexuals now, so I try not to subscribe to that stereotype that we all have, that bisexual people are lazy in bed. They hear 'bisexual', I hear 'I just like to lie there some of the time'." 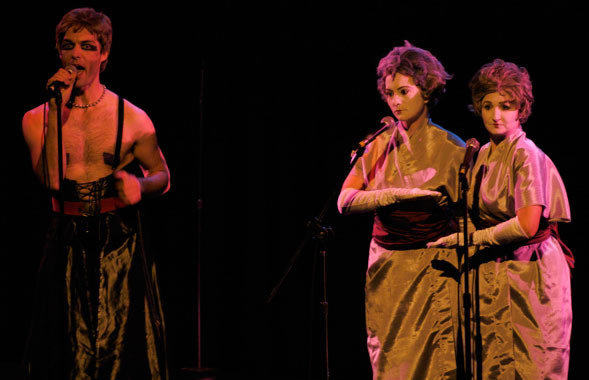 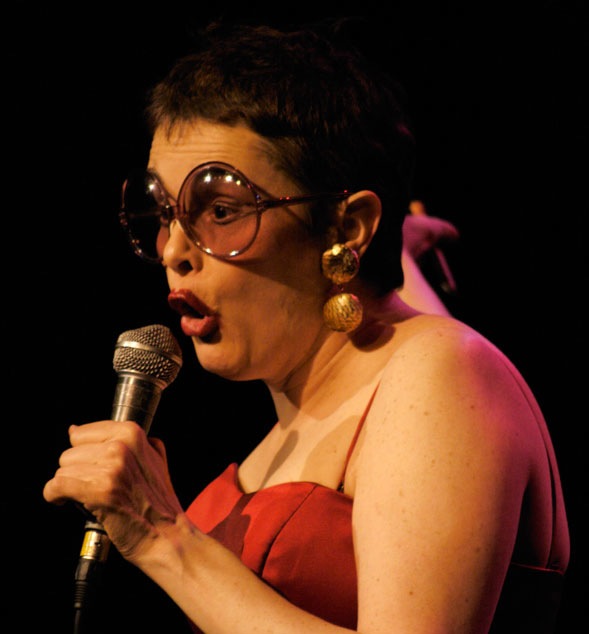 Evelyn Reese: "I don't know anyone from Vancouver! Well, I know people who move out there, but they always move back." 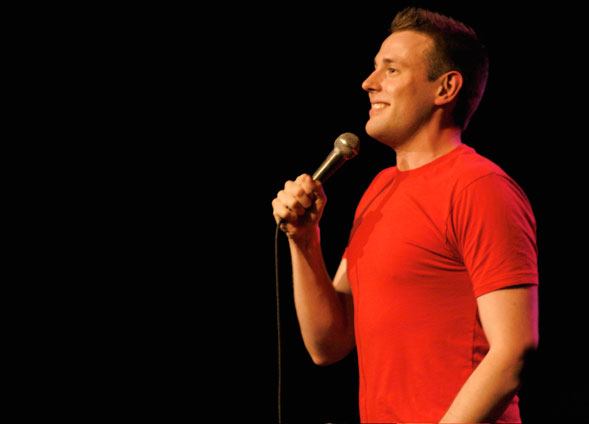 Andrew Johnston: "I'm fairly certain that even the homeliest Inuit hooker gets at least a quarter for giving a BJ. But if you play the song 'Wannabe' by the Spice Girls, my friend will give you mouth love that will result in the happiest ending since the film 'The Princess Diaries'." 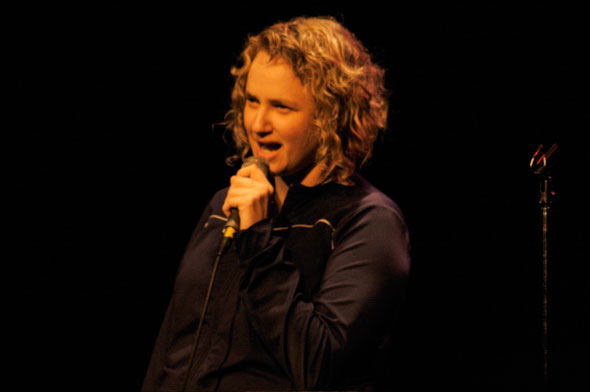 Dawn Whitwell suggests Pride's new slogan be a throwback to Rocky, "Pride, 'I don't like your face!'" 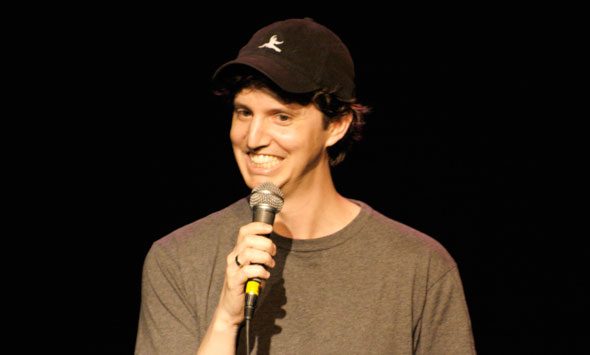 Ted Morris: "I moved into the edge of the Gay Village and I've just been watching everyone trickle into Church & Wellesley like a horde of drunken, effeminate locusts."

One more by Mr. Morris to wrap up things up:

"It's another beautiful Pride weekend and just goes to show that maybe God doesn't like the fags, but Mother Nature does."

There's a few more photos over in this Flickr set and of course tons of Pride action in the blogTO Flickr pool.