On a recent night Jerrold, Sameer and I headed up to Woodbine racetrack for a night under the big top with Cirque Avaia. Happily forgoing candy apples for a nice drink, we strolled into the main tent to see what the Kantemirov Family - the Russian family dynasty who'd created the show - had in store for us. With horses billed as a big part of their act I could only imagine something like Medieval Times but I was hoping there was more to it than childish role-play.

The show opened on a somber note, with curious bohemian clowns in an underwater scene while sonic rain began to fall on our heads. As Cirque Avaia continued we were awed by the lavishness of it all, massive horse breeds danced around the ring while acrobats in lush costumes flung overhead. The loose theme seemed to be a journey through time and place lingering in medieval eras, but this was no Medieval Times, instead I felt like I'd come upon one of George Lucas' transient villages. I was both curious and a bit unsure. 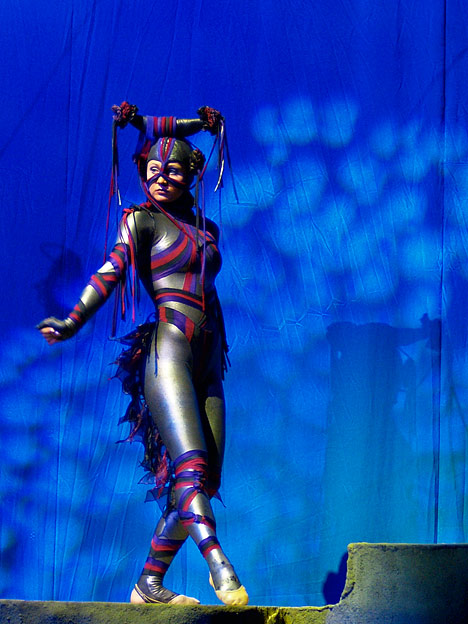 The flow through acts left us jarred at times, ebbing and flowing between scenes of melancholy and tribal celebration. These latter built up my excitement, reminding me of something out of alieninflux' Harvest Festival and its focus on visual treats served up with bassy beats. Avaia's costumes (for both humans and horses) were stunning, and the original music was a perfect compliment to the circus' shifting moods and otherworldly feel. 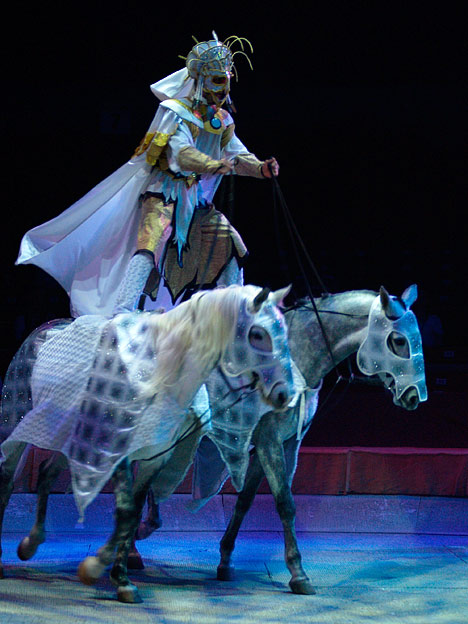 Despite the array of brilliant visual and aural stimuli, Cirque Avaia lacked the glossy touches rival troupe Cirque du Soliel is known for. To me this was a positive point, since I found it helped me connect with the show on a more real level. The performers were hard working and disciplined but not so much so that their faces held back the strain and sacrifice of demonstrating their life's work under the bright lights' unforgiving glare. Sitting close to them I was filled with the same tension they must've felt before moments before these acrobats pelted themselves though the air and gymnasts dropped and dangled above us on a thread. I was left both dazzled and made to gasp. 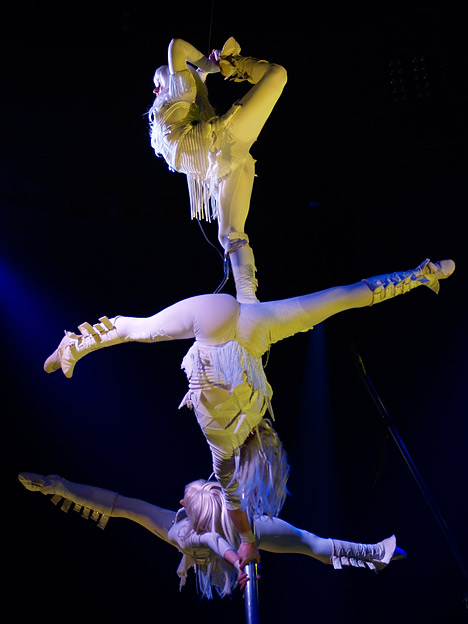 Just when I'd felt you could cut the tension in the room with a knife... the knife thrower came out and did just that. From our perspective the man seemed to lose control of one of his knives, darting through the air over the heads of a group next to us. More anxiety filled me as a horse lost footing and fell. Fortunately it was fine and quickly regained composure. After this it became difficult to enjoy any of the horse scenes, wondering what might happen as the ringmaster loudly cracked his whip.

Luckily the clowns saved the day. Their interlude was a charming touch and nothing like the cliched acts usually offered up under the big top. We argued later whether it was their performance that had made the show. They consistently amused the crowd, and it wasn't just the kids who were all giggles, they won us over too. 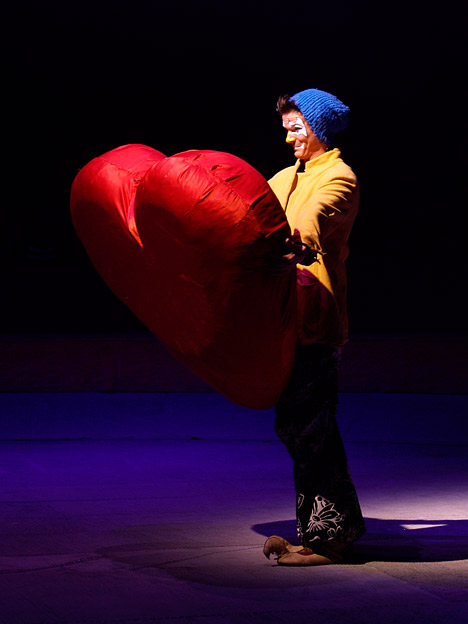 If you like entertainment with an element of surprise and danger check out Cirque Avaia, only here until May 27th.

Much thanks to Jerrold for the fabulous photos and Sameer for his Cirque Avaia preview and commentary.