There are few things more civilized than drinking beer and watching a bunch of painted naked people play Twister in an art gallery. And while it's not an every week thing for me just yet, it was at SPIN Gallery last night where I found myself indulging in observing this very thing. 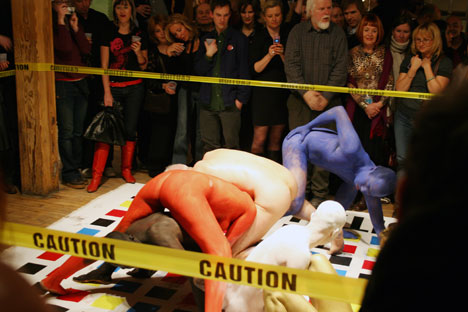 The occasion was the launch of a new exhibit called Digital Twist by Johannes Zits. Billed as "new work on nakedness", the exhibit includes two walls of digital prints of streakers, exhibitionists and other so-called provocative individuals. 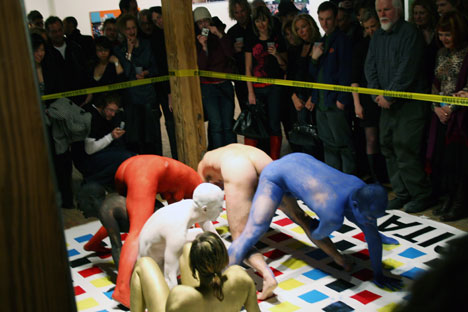 When I arrived there was already a crowd gathered around the Twister board oogling, laughing or otherwise feigning disinterest at the participants' opening moves. Since all the players were buck naked I think most people couldn't quite figure out where to look and whether it was ok to stare at the collection of appendages facing us from the ring. 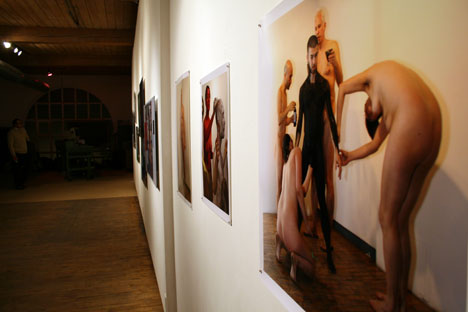 But perhaps that was the point. As at least one of the photos on the walls clearly illustrated, when shaking hands with a naked man, do we look him in the eye? Do we look down? Or do we avoid doing so even if it seems the most obvious thing to do. 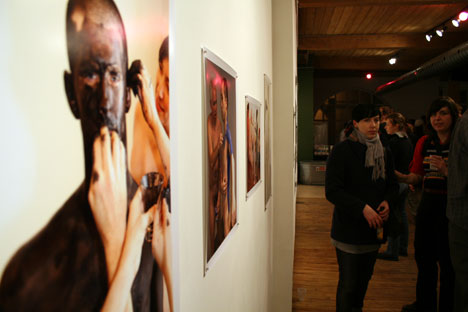 Unfortunately, the Twister match was an opening night only event but since there were many video and digital cameras in attendance I wouldn't be surprised to see some footage of it finding its way into the show. 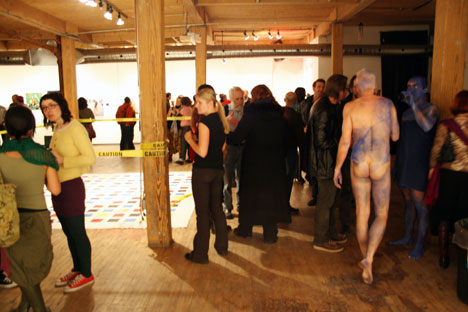 And, yeah, that's artist Johannes Zits above mingling with the crowd later that night. 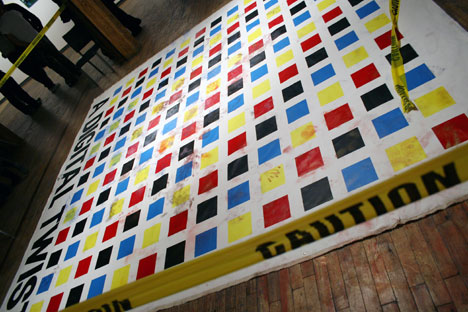