I had only come across two small samples of her paintings and I was immediately intrigued. Upon finding out that she was having a show in the neighbourhood, I was excited to see the rest of her work--especially because I am already a proud owner of one of her pieces...well, three really...but they're all matchy-matchy like.

Jen Faria's show called "Fair & Square" that is now showing at the newest location of Tequila Bookworm is a compilation of her latest work consisting of art painted on oddly enough...SQUARE canvases. 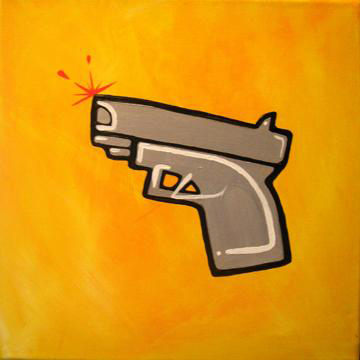 These paintings are currently on display throughout the whole mainfloor of Tequila Bookworm and definitely give the atmosphere a good punch of colour.

During the same opening night on the upper level of Tequila Bookworm, Jen displayed a good smattering of her older work that completely amazed me. They have a very different feel to them than her works on the lower level. Along with her own self portrait (see first photo), she has completed many different portraits of both herself, and some famous mugs as well.

One of the more interesting paintings I saw was one entitled "Creepy Crawly Man", and as soon as I saw it, I knew exactly who it was: 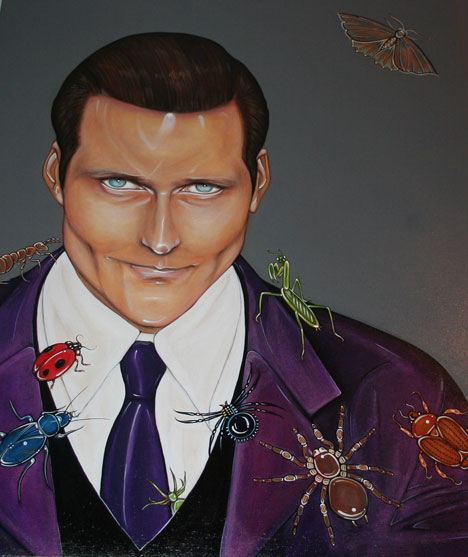 Crispin Glover. After speaking with Jen, I found out there is a whole background to her painting of Crispin. Creepy Crawly Man is just one of many. She's even gone as far as purposefully meeting Crispin two times in order to show him her work. Finally upon seeing him at The Drake, he inquired about purchasing one of his paintings: The one of his nose.

Another project Jen has on the go (thus the reason the paintings are NFS-- a.k.a Not For Sale) are a group of paintings of Canadian men and political figure heads like our own Prime Minister Stephen Harper and the likes of Dalton McGuinty--both with their own little pieces of flare upon them -- a blue ribbon for Stephen and a crown for "Dalty". I'm quite interested in seeing who comes next... 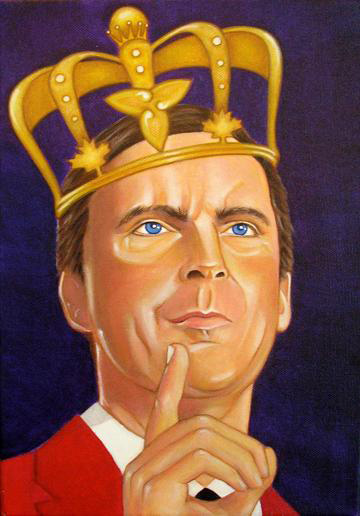 Not only can Jen's work be found at Tequila Bookworm, but she is also online at both her own website World Famous Jen, as well as her similarly named MySpace account.

Fair & Square will be showing on the main floor of Tequila Bookworm for the rest of February running through March if you're on the lookout for something a little "square". But keep your hands off of the 3 mini skulls at the back of the joint...those are MINE.