With Pearson Airport a mess lately and constant reports of cancelled or delayed flights, you might be in search of a stress-free way to travel from Toronto to your bucket-list destinations.

Viking Cruises Canada is now offering a luxurious 13-day cruise that kicks off right here in Toronto and takes you all the way to New York City.

The cruise conveniently begins in the 6ix, and sails along the St. Lawrence River to admire all of its locks, canals and channels.

Your first stop of the cruise is in Trois-Rivières, Quebec, where you'll have the chance to hike through the picturesque La Mauricie National Park. 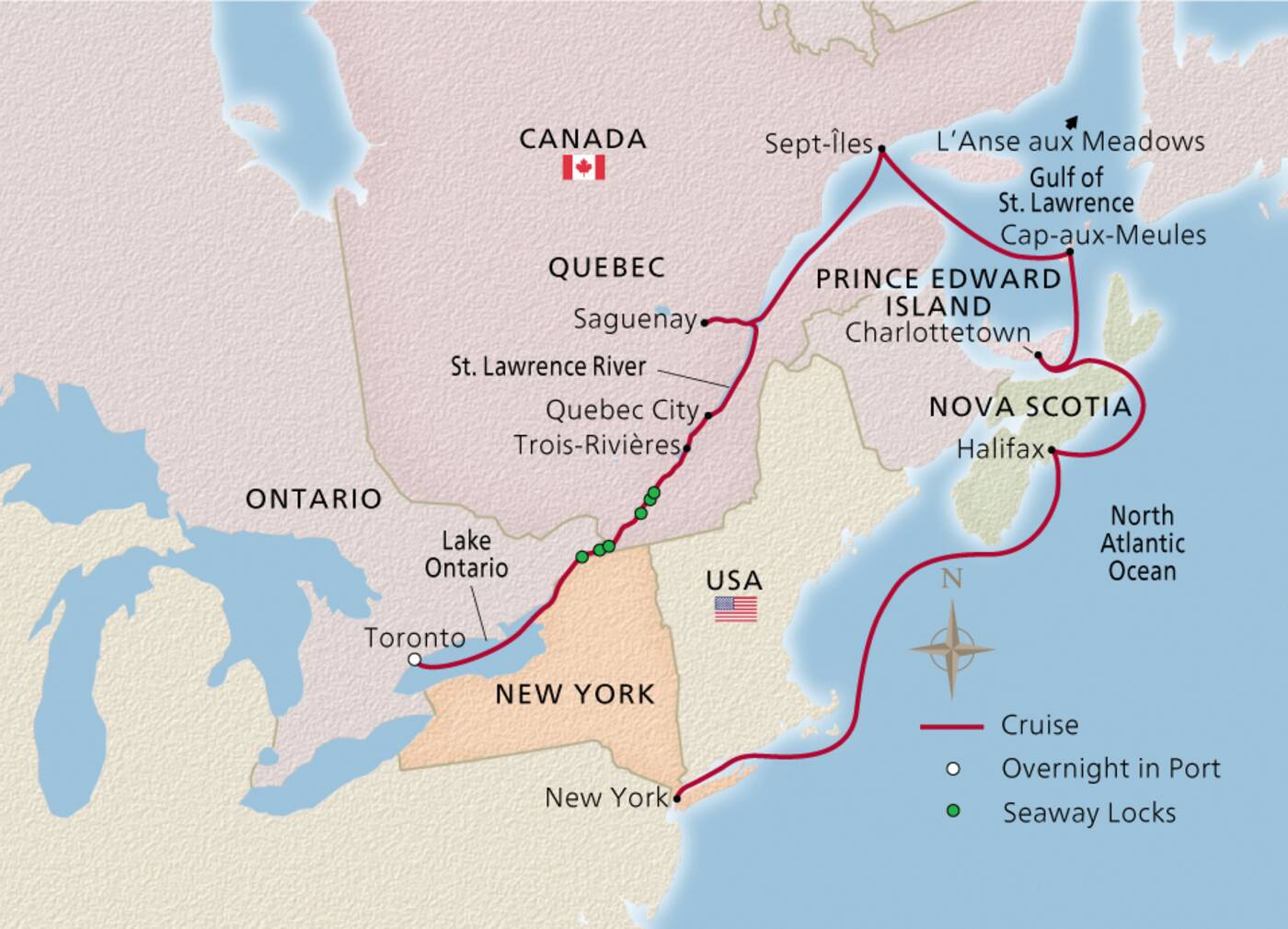 Next, you'll be dropped off right in Quebec's capital, Quebec City, where you can explore endless historic sites, such as Place Royale, or indulge in the city's delectable cuisine.

Then, you will sail off to Saguenay, Quebec, where you can visit the Saguenay Fjord, one of the ten longest fjords in the world with a massive 126 km long glacial valley.

On day seven, you'll travel to Sept-Îles, Quebec, where you can go salmon fishing in the Moisie River or even go whale watching.

Next, you'll visit Cap-aux-Meules, Quebec, where you'll have the opportunity to look for seals and birdlife on Brion Island.

On day nine, you'll arrive in Prince Edward Island, where you can check out the province's gorgeous sandy beaches, enjoy world-class seafood, or visit some scenic farms.

Then, you'll spend a full day at sea before you arrive in Halfiax, Nova Scotia. On day 11, you can visit Nova Scotia's iconic landmarks or travel along the Lighthouse Route to Peggy's Cove.

After spending another full day on the Atlantic Ocean, you'll finally make your grand arrival to the Big Apple, where you can see the Statue of Liberty, grab a slice of NYC pizza, or spend a relaxing day at Central Park.

Travelling this luxuriously won't be cheap by any means, as the 13-day cruise will run you at least $11,695 depending on the day you leave.

Lots of dates for this cruise are available in 2023, however, with two dates in May and another two in August.