After a two-year hiatus, cruise ships are officially back up and running on the Great Lakes, and in Toronto specifically. And with Pearson airport still a complete mess, you might be looking for a more stress-free way to travel.

The cruise begins in Toronto and sails off to the St. Lawrence River. Your first stop is Trois-Rivières, in Quebec, where you can hike through the scenic La Mauricie National Park. 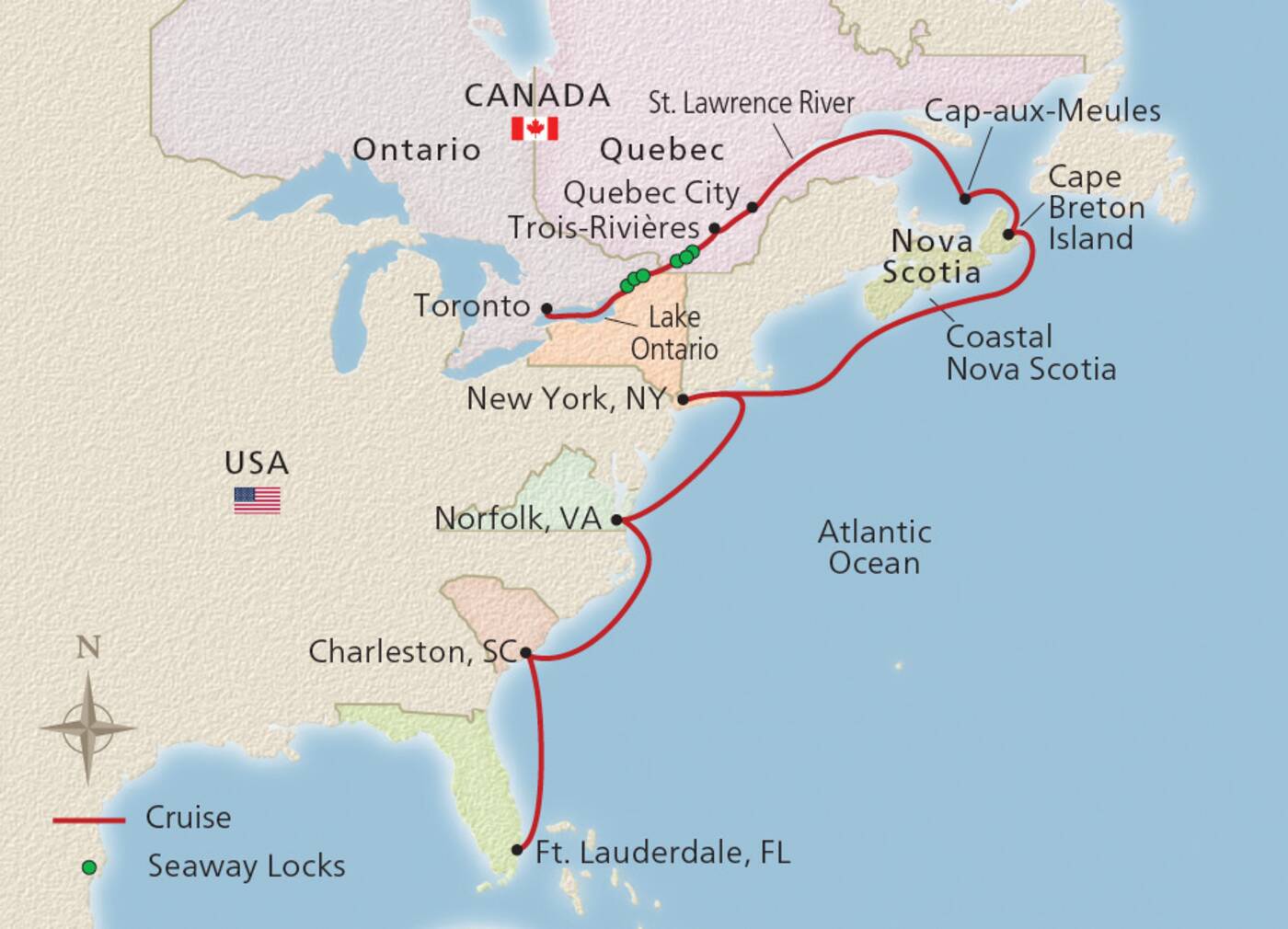 Next, you'll visit Quebec City, where you can explore historic sites such as the Château Frontenac, Place Royale and Parliament.

After a day in Quebec's capital, you will once again sail along the St. Lawrence river to Cap-aux-Meules.

Then, you'll sail to Cape Breton Island in Nova Scotia, with the opportunity to kayak along the coast or hike on the island's historic trails.

The final stop in Canada is Lunenburg, Nova Scotia, a charming town well-known for its colourful buildings and distilleries.

The second half of the cruise begins with a sail along the Atlantic Ocean, the second largest of the world's oceans.

On day 10, you'll arrive in New York City, aka the Big Apple, to see the Statue of Liberty, Empire State Building, and Central Park.

Next, you will sail along the Atlantic coastline of the U.S. and arrive in the naval town of Norfolk, Virginia. Here, you can explore the town's thriving waterfront, botanical garden, and Chrysler Museum of Art.

Then, you will once again board the cruise ship and arrive in Charleston, South Carolina.

Here you'll get to enjoy the city's culinary scene and enjoy regional favourites such as she-crab soup, shrimp and grits, and Charleston red rice.

On day 16, you will finally arrive in Ft. Lauderdale, Florida, where you'll have the chance to enjoy the sun-loving coast and explore Miami's Wynwood Arts District.