Cruise ships have returned to the Great Lakes and Toronto which is great news now that summer is on the doorstep and people in Ontario are returning to the long-forgotten ritual of vacationing.

But with airports still a complete mess and so much natural beauty right in our backyard, there's always the option to take a cruise to sunny, exotic destinations like…wait…Milwaukee?

Am I reading this right?

It turns out that the beer capital of North America is indeed a hot destination for Ontario travellers, or at least the terminal stop on a popular Great Lakes cruise ship route from Viking Cruises Canada.

And even if you aren't a fan of reasonably-priced beer or a Giannis Antetokounmpo stan, there is a whole lot more than just the fourth-most densely populated metropolitan area in the Midwest on the itinerary for this cruise across four of the five Great Lakes. 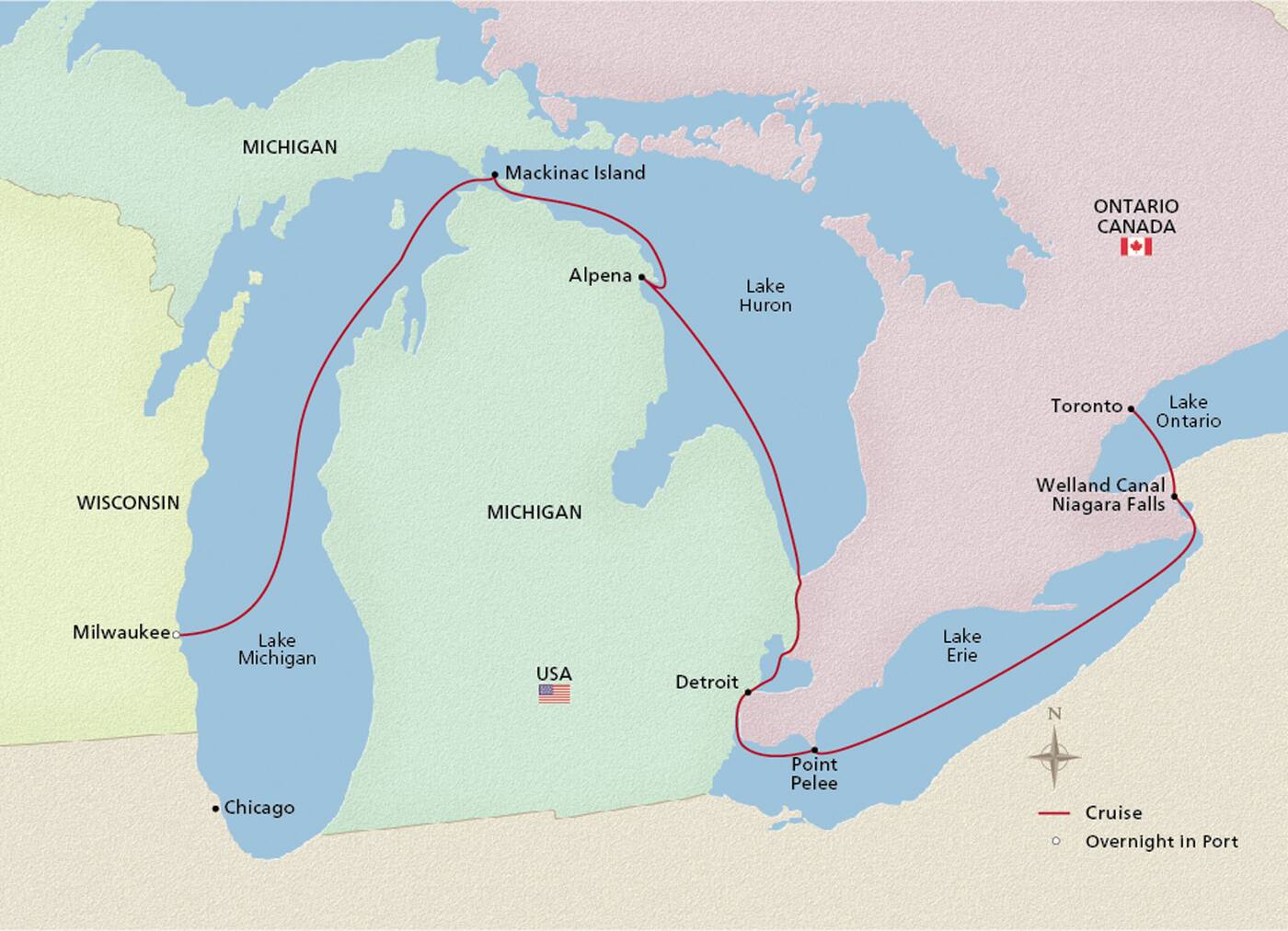 Milwaukee might not be everyone's scene, especially those hailing from the much larger and more cosmopolitan Toronto, but there are a total of four stops between, plus all the fancy frills of the ship Octantis.

You can travel the Welland Canal to Niagara Falls, visit the southernmost point in Canada at Point Pelee (further south than the California-Oregon border!), soak in the ruins and revival of the Motor City with a stop in Detroit, and check out the serene beauty of Lake Huron with stops at Alpena and Mackinac Island before arriving in Milwaukee.

A cruise ship sailing up the Detroit River is quite a sight! The maiden voyage of the @VikingCruises Octanis departs Detroit continuing on to Alpena! #vikingcruises pic.twitter.com/r21VIBTrRH

Cruises depart regularly throughout the spring and summer from Toronto and Milwaukee, and range in price from $7,795 to $9,095 per person, though it looks like August is already fully booked. Viking is offering airfare from $599 per person.

If that all sounds like a lot of money, well, it is.

Take a brief look at any major cruise line website like Royal Caribbean and Carnival Cruise Line, and you'll find plenty of destination options that, at least on the surface, appear much cheaper and much more exotic than Milwaukee or any of the points in between.