Once merely an effective form of transportation for executives who needed to get around the world quickly and frequently, the "PJ" has grown to become a status symbol worthy (apparently) of emulation, but accessible to almost no one.

People will literally pay money to take photos of themselves on sets styled to look like personal planes for the purpose of faking luxe lifestyles on Instagram, but that's the closest most will ever get to owning or even renting one — under most circumstances. 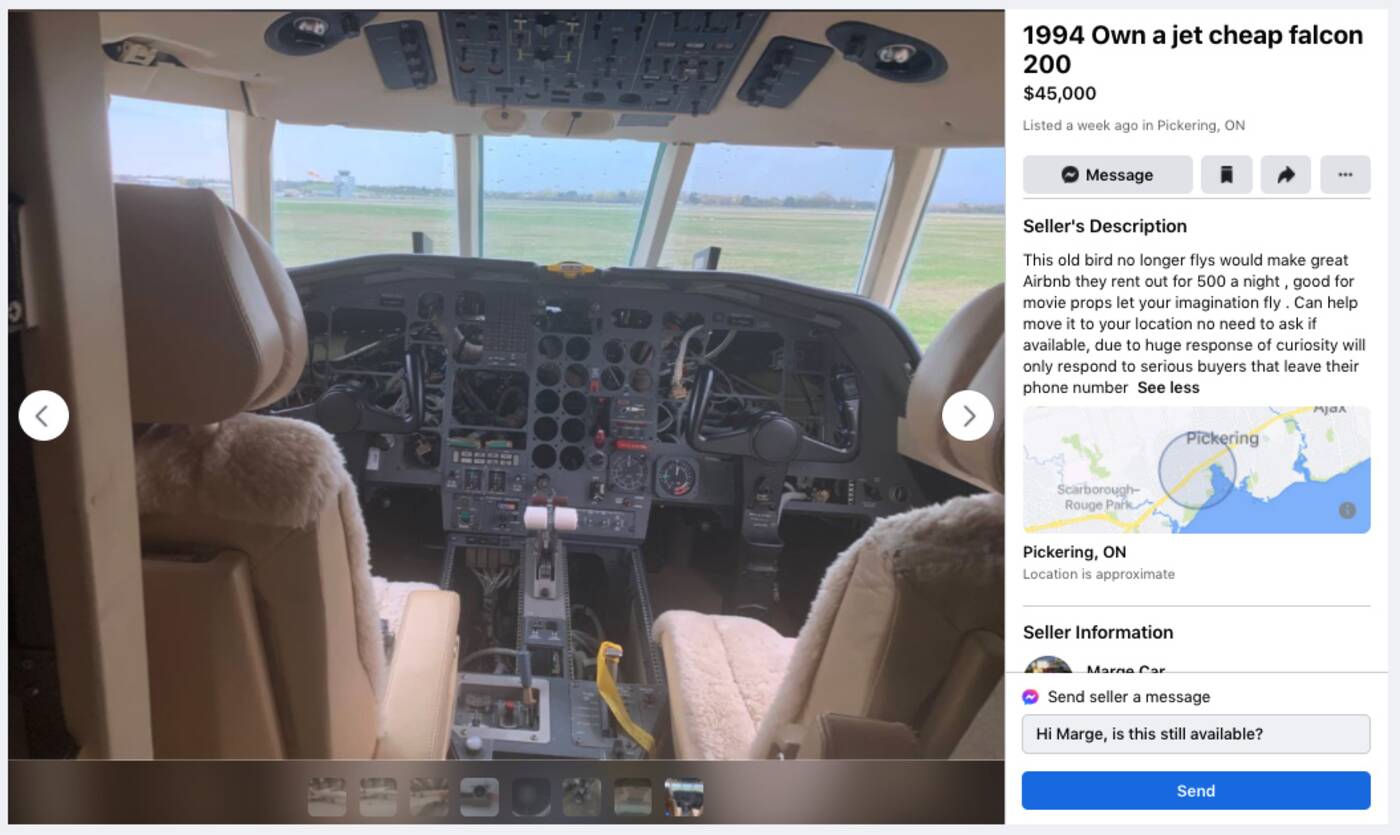 Someone in Pickering is selling off a private jet from 1994 for way cheaper than usual. Image via Facebook Marketplace.

That's roughly the same price as a 2021 Jeep Grand Cherokee Laredo, or a 2019 Ford Explorer XLT. In other words, it's a damn steal, especially considering how much this model of plane cost when it was first manufactured: $7.5 million.

Estimates for how much a used Falcon costs vary based on location, condition and year produced, but newer versions can go for tens of millions of dollars: A version from 2014 is currently listed at $23,880,000 USD.

On top of that, it costs nearly $5,000 per hour in fuel, staffing and other variable costs just to operate the thing.

So how on earth is someone selling an entire jet for less than it would cost to charter one for half a day? The seller's description says it all: "This old bird no longer flies." 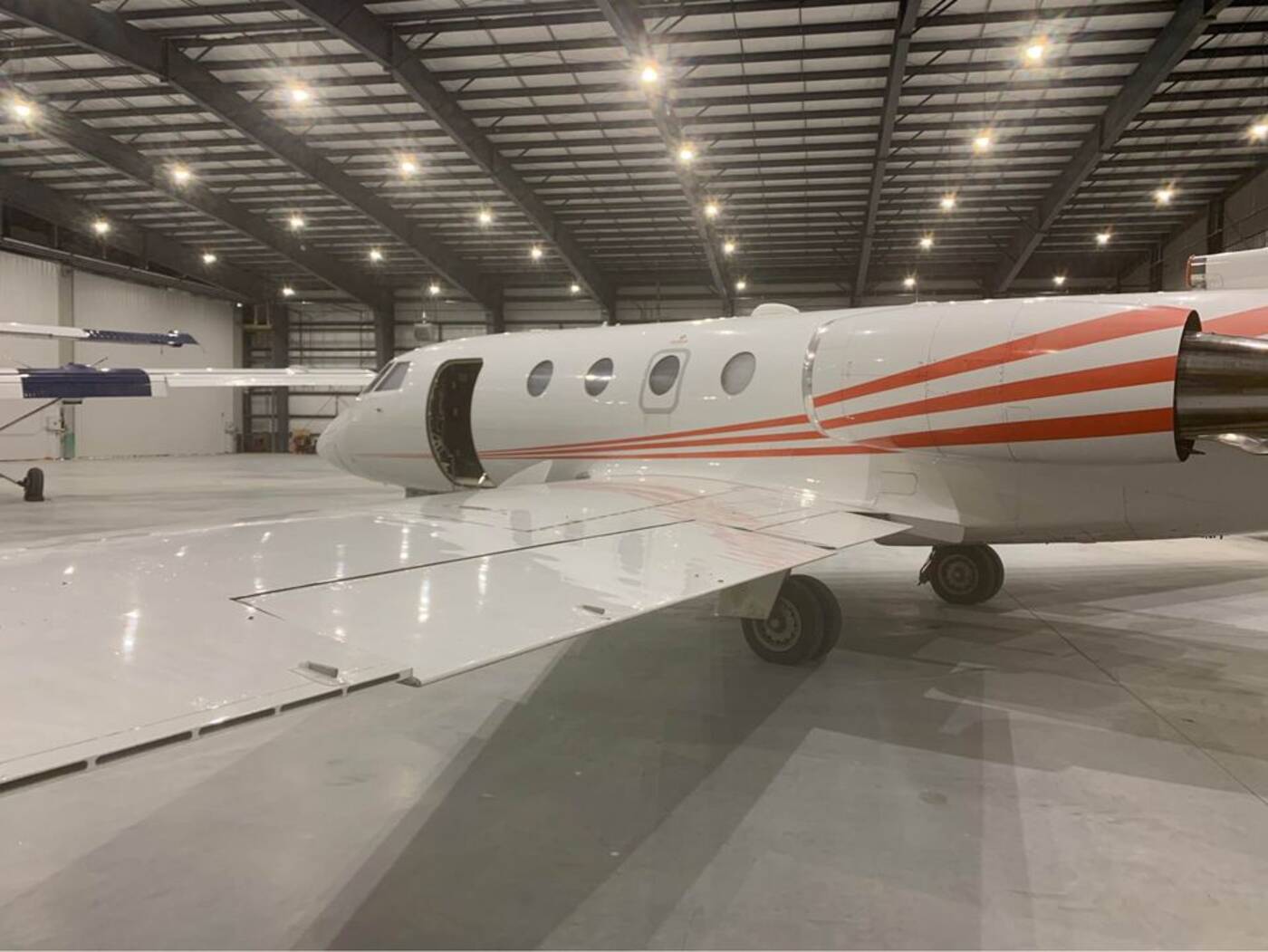 This "cheap falcon 200" jet was listed on Facebook Marketplace one week ago for only $45,000. Image via Facebook.

While it won't take you airbound, the listing points out that the jet "would make great Airbnb" to "rent out for $500 a night," or could be good as a movie prop.

Whoever purchases the jet won't have to worry about moving it, either — the seller will bring it to their desired location.

"Let your imagination fly," reads the listing, which also cautions that only serious buyers who leave their phone numbers will be contacted "due to huge response of curiosity."

If you've got an extra $45K, some land to spare, and an idea for giving this once skyborne beauty a new life on land, you can contact Facebook user "Marge Car," whose profile picture is literally just an image of a life-sized Marge Simpson mannequin sitting in a red car.