10 haunted places you can visit in Ontario

Ontario has no shortage of haunted places if you're in the mood for a scare this spooky season. From eerie prison cells to ominous Victorian homesteads, each comes with its own hair-raising history and possible ghost sightings.

Here are some of the creepiest haunted places you can visit in Ontario.

In 1813, a Canadian military officer was killed by soldiers as he was awaiting his lover in this Niagara-on-the-Lake Inn. Occurrences have been reported in the wine cellar where he died, with dishes rearranging themselves and phantom footsteps. The pub bathrooms are in the basement so be careful if you ever find yourself here.

This was a notorious prison before it reopened as a hostel where you can now pay to sleep in a cell. Alleged political assassin Patrick J. Whelan was publicly hanged here and was supposedly buried on the property. There have been sightings of a man reading a bible at the end of guests' beds, as well as sightings of Whelan wandering death row. 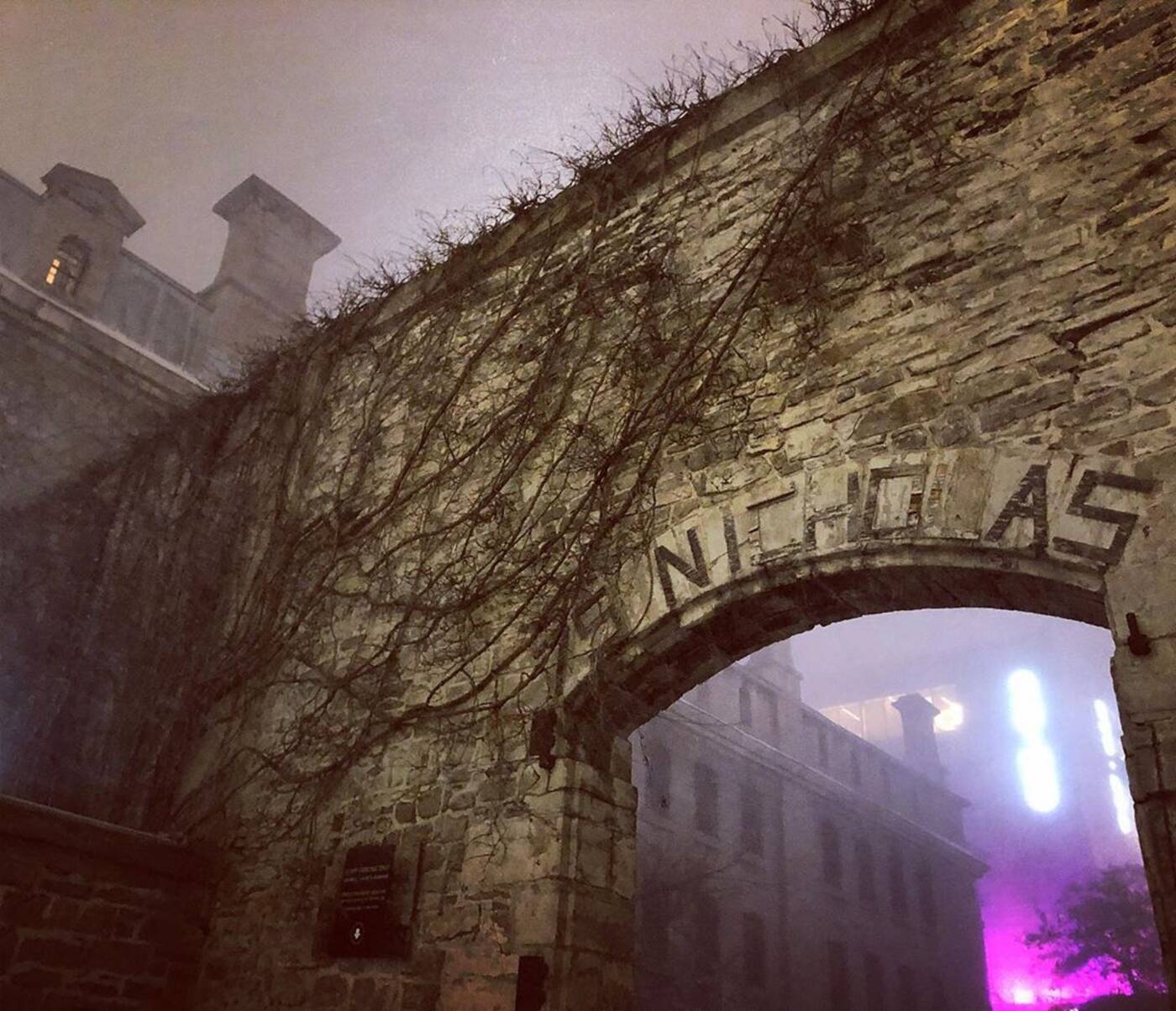 Though you probably know of this impressive waterfall in Hamilton, you may have not heard that it might be haunted. A young girl by the name of Jane Reilly jumped off the waterfall after being heartbroken by her love in the 19th century. Thus giving the spot the name, Lover's Leap. The sound of crying has been reported around the falls.

For over 170 years this fort has stood guard over Kingston and was never once attacked. The fort has however been the site of many executions, including the hanging of Nils Von Schoultz, and was even once a prisoner war camp. Check out the super spooky Fort Fright experience through the darkest areas of the old fortress.

These Ancaster ruins were originally built in the 1800s and were once the estate of an English officer's family. According to legend, the coachman hung himself from the barn rafters after being denied the officers' niece's hand in marriage. A ghostly tall figure has been seen roaming the grounds by visitors. 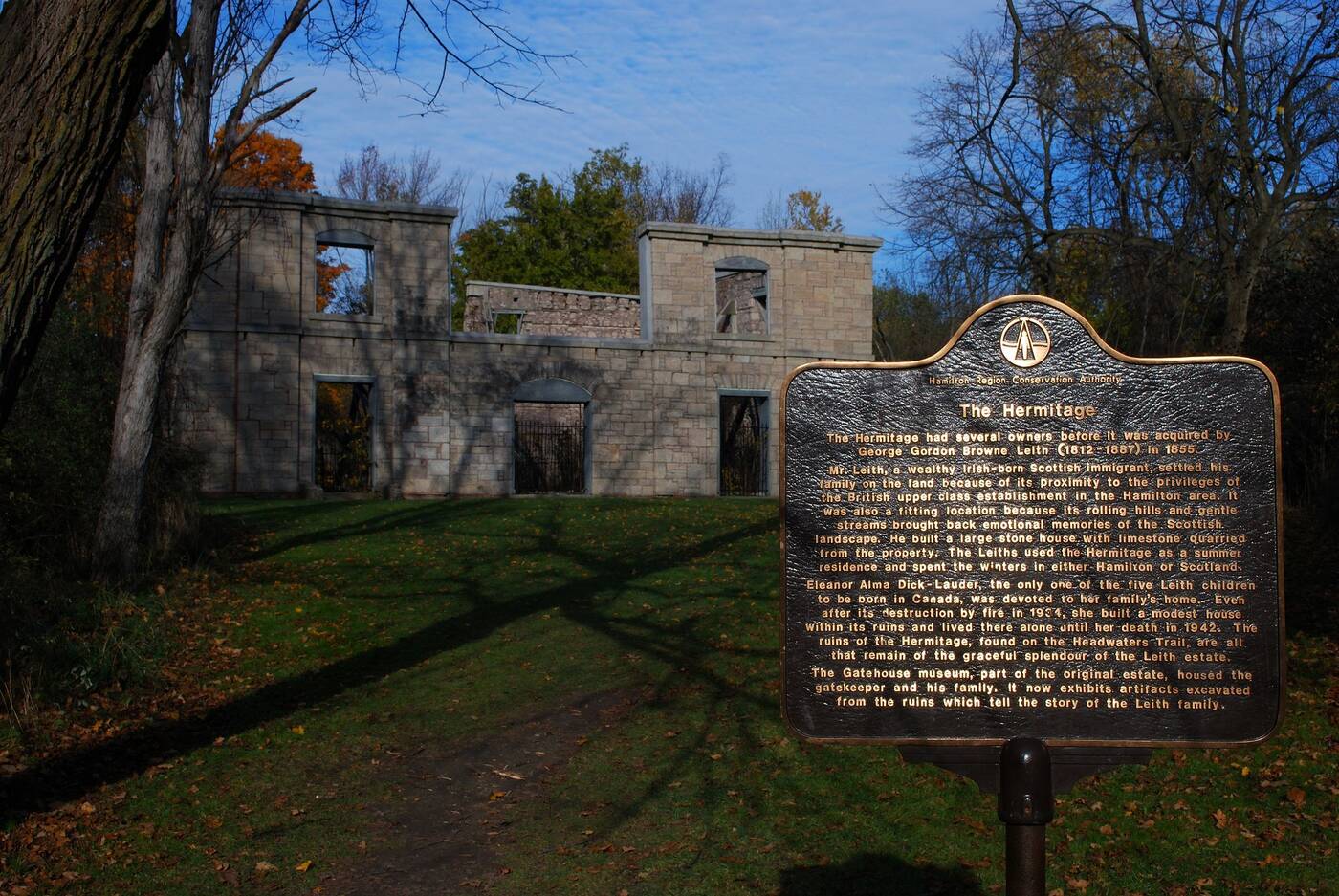 The Hermitage Estate was burned down in 1934 and all that remains is the gatehouse. Photo courtesy of Reinhard Zinabold.

Though this prison has been closed since 2013, it housed some pretty infamous criminals during the 170 years of operation. George Hewell is one inmate who is said to continue to haunt the grounds. As the story goes, he's still seeking revenge after a security guard killed him in self-defence. Employees have also reported seeing the ghost of an old officer.

This road in Ottawa Valley is said to be haunted by a logger who continues to search for his missing child. The man combed the old logging road with a lantern after his daughter disappeared in a harsh winter storm with no avail. Visitors say you may spot balls of light or figures after flashing your headlights three times into the darkness.

Originally a Canadian Forces base and later a hospital for people with mental disabilities, this eerie building in Picton has drawn many paranormal investigators over the years. It’s now an epic paintball field, with much of the spookiness still intact. 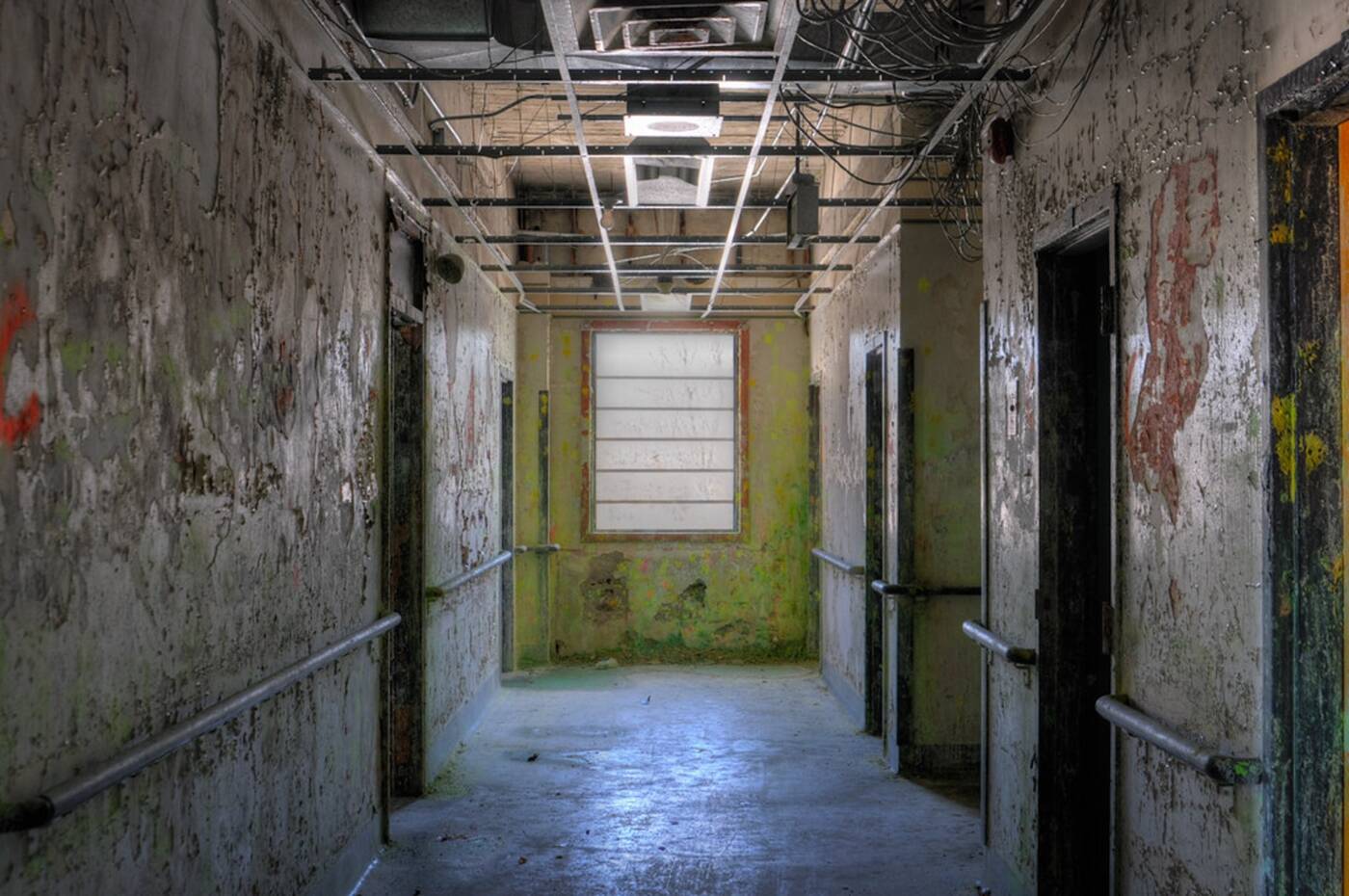 The Prince Edward Heights hospital for people with disabilities shut down in 1999. Photo courtesy of Pas (sQualie).

Fort George is a historic site in Niagara -on-the-Lake that was the location of several battles during the War of 1812. It's said to be haunted by the ghosts of past soldiers who died there. Ghostly figures of a young child following guests and a soldier in white lounging on beds have also been reported on group tours more than once.

This Victorian-style house in Kenora has been featured in Creepy Canada due to the resident ghost which inhabits the home. Employees have also reported some bone-chilling incidents, including the piano playing on its own and empty rocking chairs. Each fall it's transformed into a haunted house, though nothing has been announced yet for this year. 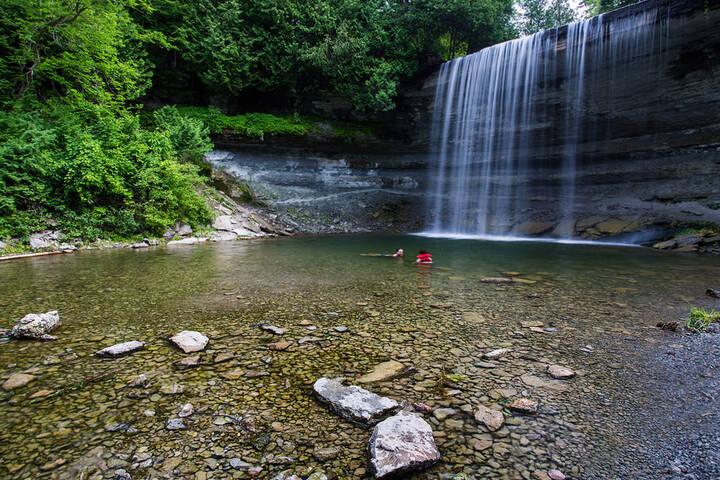 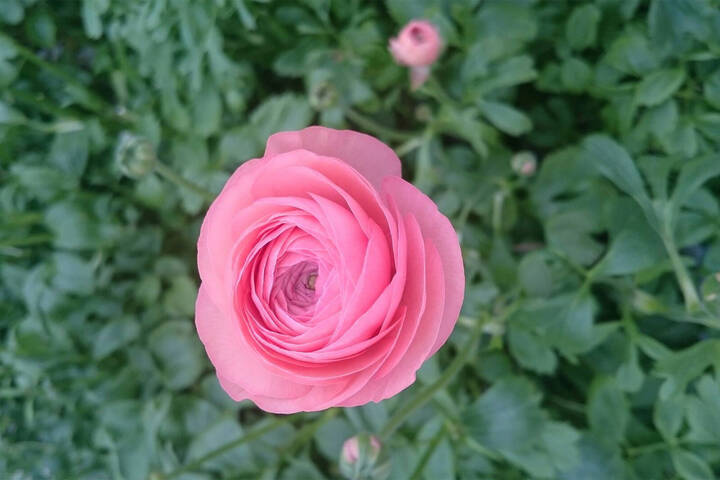