Bell and Telus experienced major outages in Ontario today, and customers across the province had their internet access, television, home phone and cell service impacted as a result.

Customers took to Twitter Thursday afternoon to report the issues, and Down Detector's live outage map showed widespread outages across Ontario and in some places in Quebec.

Hi @Bell_Support. Is there an outage at Kitchener-waterloo area? No internet connection and wait time on phone is 1hr. What happened? I work from home, fix this asap please! Thanks 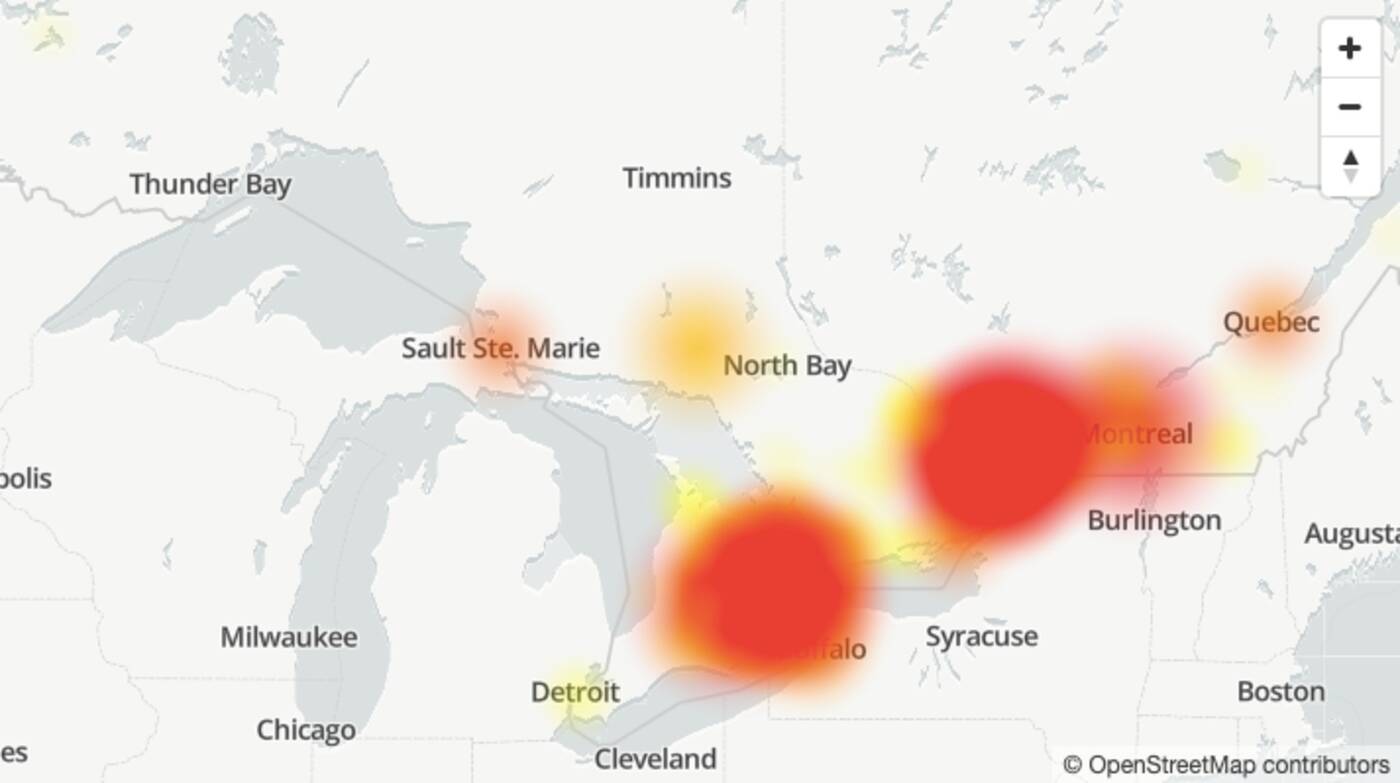 The majority of the problems were reported by customers in Toronto, Ottawa, Brampton, Kitchener, Cambridge, Hamilton, Guelph, Gatineau and Montreal.

Nothing like being a user of @Telus Mobility AND @Bell Home Internet during a major outage. Yeesh. At least @TELUS is back up and running!

Telus issued a statement on Twitter earlier today acknowledging the outage and stating that their team was investigating.

"We're aware of a wireless issue impacting several carriers in Eastern Canada. Our team is already investigating and services will be restored as quickly as possible. Thank you," they wrote.

Bell, meanwhile, did not immediately release an official statement, though they did respond directly to some customers' complaints on Twitter.

"We are aware of the problem and our technicians are currently working on the issue. We recommend that you power cycle your modem periodically to determine if the issue is resolved. We apologize for any inconvenience caused by this issue," reads one tweet from the Bell Support account in response to an Ottawa customer who said their router was down.

The outages appear to be mostly resolved and customers have reportedly gotten service back in most cases, though many are still expressing frustration that Bell stayed silent on the issue for so long while countless paying customers went without internet and cell service.

@Bell_Support what is causing the outages with phone and internet services. Is there a reason your not sharing what is happening right now in Souhern ontario.

"@Bell There is a massive outage in Ontario currently for Bell internet service. Why has there not been any kind of message going out via twitter?" asked one Ontarian.

"Well it looks like I have internet back," wrote another, "but still annoyed that @Bell_Support didn't even acknowledge there was an outage or tell their customers what was going on."

At 1:41 p.m., after the majority of service was restored, Bell finally put out a statement.

"Some customers in parts of Eastern Ontario and Québec experienced brief service disruptions earlier today," they wrote. "Service has now been restored. Our team is continuing to investigate the cause."