Podcamp Toronto 2010 went down this past weekend at the Ryerson University Rogers Communication Centre proving there's still much interest in the podcasting medium.

Most of us have been to a conference before, right? I've sat in my fair share of massive auditoriums, listening to guest speakers drone on, and attended formal networking sessions where drinks cost a small fortune. And at the end of the conference we all walk away with a few insights, a handful of business cards, and a gift bag full of coupons.

But Podcamp, one of the city's biggest annual unconferences, managed to avoid the dreary, formulaic approach - and really set itself apart.

Podcamp was started in Boston in 2006 and is based on the Barcamp model of user-generated conferences - organized by the participants, for the participants. Events are now held in cities all over the world, including Toronto. The vibe of Podcamp Toronto is decidedly different from traditional conferences. No suits and ties, no formal networking, and no admission cost. Instead, it's a free event for professionals and hobbyists to explore the cutting edge of new and social media (it's not all about podcasting, as the title would lead you to believe). 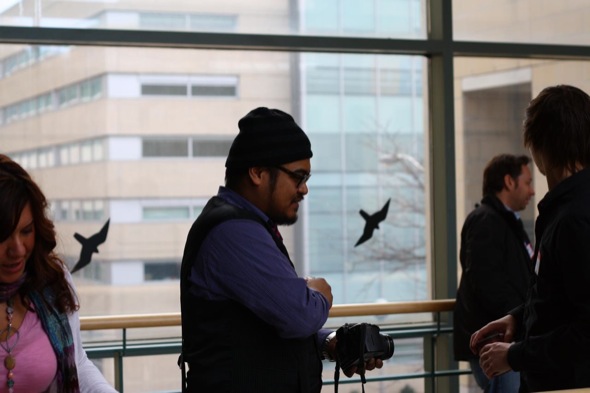 Even though this was the fourth Podcamp Toronto event, there were many new faces in the crowd. 80% of the people at the Saturday morning kickoff were first-timers. In total there were over 890 people in attendance, and many more watching via the livestream channels. The majority of people were there on Saturday with many coming back for the few sessions on Sunday (I was one of those people - I led a session on Community Management on Sunday morning). And not all attendees were from the GTA; attendees came from as far as New York City, Halifax, and even Olympics-crazed Vancouver. 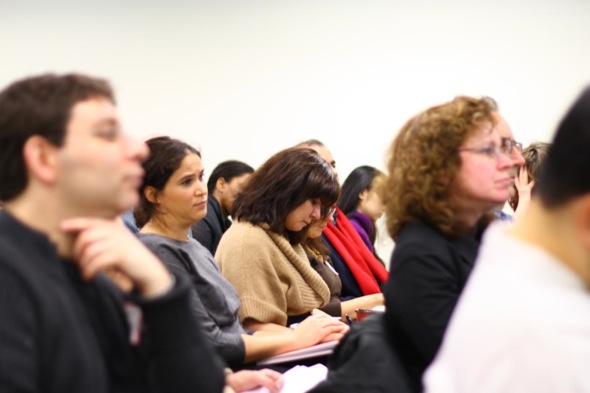 Anyone was able to sign up to lead a session over the two-day conference period, and organizers scheduled people into six different rooms. Attendees didn't have to worry about selecting and sticking to a rigid agenda from of the over 70 sessions, because Podcamp operates on the "Law of Two Feet": if you attend a session and find you're not getting any value from it you can get up and go to another session at any time.

Sessions were held on a diverse range of topics, from Death and Digital Legacy by Montreal blogger Adele McAlear to Twitter and Dating from local web personalities Jeremy Wright and Melissa Smich. After all, what's the point of meeting members of Toronto's Digerati in person if you can't keep your eyes open for a Twitter love connection? 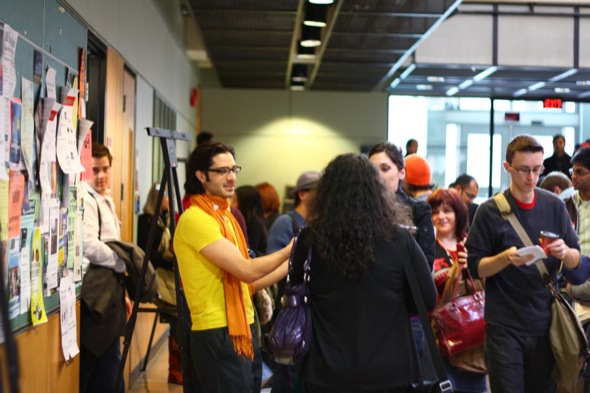 Most of the real connections and conversations at Podcamp take place in the lobby between sessions, fondly called "Lobbycamp" by attendees. Oh, and stuffy post-event networking sessions? Podcamp says forget it. Try an open mic social at the Ryerson Ram pub - an unconventional way to celebrate an unconventional conference, just the way the crowd likes it.