What are googlle.com and facebok.com (other than a potentially common mistypings of the most popular search engine and social networking sites in the world, Google and Facebook, respectively)?

And why do they redirect to rore.com and afob.com - web sites that host brief surveys about Toronto 2010 mayoral candidates George Smitherman, and Rocco Rossi? 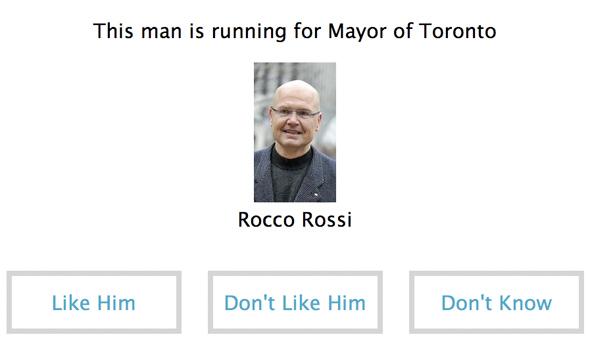 Why would anyone want to collect information about Toronto-specific politicians by luring in people with sloppy keyboard skills from all over the world? Wouldn't this result in the majority of those surveyed responding "don't know"?

A whois lookup for facebok.com points to a domain registrant in Germany. I've emailed the domain owner a query to find out why his/her site is redirecting to rore.com. Unfortunately rore.com's registration (which points to Vancouver) was made privately and rore.com also blocks archive.org from indexing previous versions of the page.

So far, all signs point to very weird anony-politico-spam-like behaviour by one or more local domain owners.

Hat tip to tattsjane on Twitter for bringing this to our attention.