Michael Geist on E-publishing and the Law

Michael Geist, a University of Ottawa Law School professor and internationally renowned expert on law and the internet, outlined new distribution methods of information, what he terms "the new normal" during a talk at the MaRS Centre in Toronto March 6.

Things have changed a lot since Torontonian Cory Doctorow released his first science fiction novel and gave it away for free on the Internet as Creative Commons licensed download.

While Geist is perhaps best known for championing copyright reform legislation, his talk highlighted a number of new ways the internet and new technologies are playing in creativity and knowledge sharing.

He also identified some of the business and policy challenges that this creates for journalists today. A Q&A moderated by Sally Armstrong followed the talk.

Geist touched on some of the initiatives he wrote about on his blog, showed on a YouTube video and outlined on a Facebook group he started which together put copyright reform in the forefront of the minds of journalists and consumers alike.

This newfound interest was prompted by legislation that was supposed to be introduced Dec. 11, 2007, largely mirroring the U.S. Digital Millennium Copyright Act.

Geist's talk described many open source initiatives that are changing the way people think about access to information and services. Read on to discover what Geist terms "the new normal" in today's ever-evolving world.... 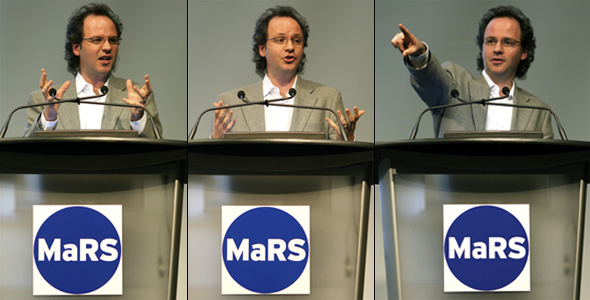 One of these initiatives involved the Canadian Medical Association Journal (CMAJ), after a dispute with its editorial board over what they perceived to be editorial interference from the CMA said Geist.

"Those same medical professionals turned around and created an open access, peer-reviewed medical journal called Open Medicine," says Geist. "This software platform, created out of University of British Columbia and Simon Fraser University, is used by over a thousand open source journals, most of them coming from the developing world.

"They are now actively publishing under a Creative Commons license to not only make copies, but to build on the research and data that gets posted. They have found that they are doing things with Open Medicine that they simply couldn't do with the CMAJ.

"They have open chat forum, where experts debate the value of the research. And there can be an ongoing dialogue between people who are published as well as people who are reading and using that research. There are tremendous moves towards open access taking place certainly within the health field, but also in a range of other places with a distinctly Canadian flavour." 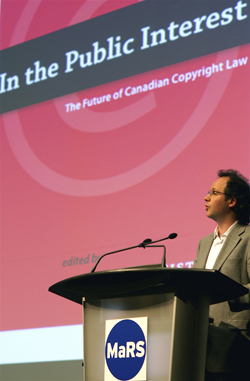 Geist cited other open source initiatives in other fields. One of them is Wikitravel, a free and reliable travel guide featuring up-to-date information on attractions, hotels, restaurants and travel tips. It started in 2003 and there are now over 30,000 guides with 10,000 edits each week, said Geist.

On Feb. 1 they launched WikiTravel Press, with paper-printed versions, published on Lulu, said Geist. "It's updated every 30 days. They plan to offer customized guides for three to four places you wish to travel, using technology along with open source to provide new ways of delivering services (and products) to consumers."

Geist went on to discuss some of the new technologies and distribution methods that help achieve goals of the new normal. Among them, Flickr, which Geist said he used to know as the world's leading photo sharing site, started by a British Columbia couple.

"Flickr now has more than two billion photos distributed, hundreds of millions of which are Creative Commons licensed as well, inviting others to use their photography as well, often with attribution," said Geist.

During science fair week in the Geist household recently, his grade school-age son Ethan needed a picture of a leopard. They found thousands of photographs on Flickr and were invited to use one for his science fair project.

"People are creating and are inviting the rest of the world to use that creativity," said Geist. 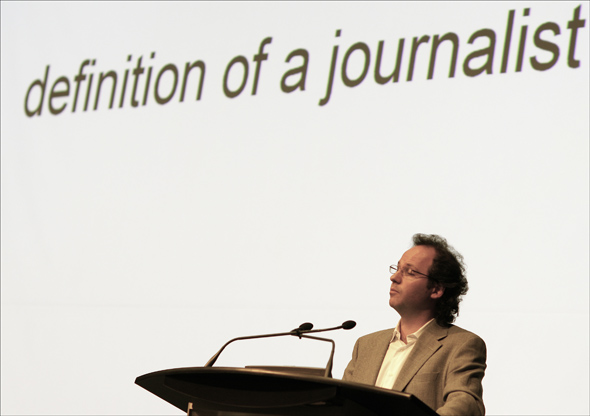 More than two million articles written in English in Wikipedia. The Encyclopedia of Life is another initiative created by scientists around the world. Their goal is, within a decade, to catalogue all life forms on this planet and make it freely available. Last week the first 30,000 species were catalogued.

Geist talked about Project Gutenberg, a library of 17,000 free e-books whose copyright has expired. Another online service, LibriVox, aims to provide books from the public domain and make them all available for free online. People can also volunteer to read and record them.

The Public Library of Science (PLoS) is another open access journal. The winner of a Pulitzer Prize had work previously published in the PLoS. 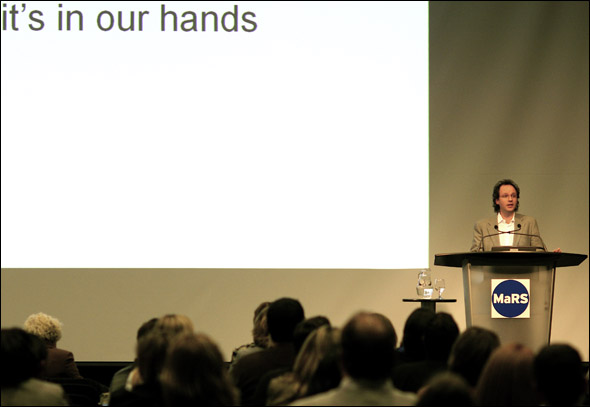 UNdata is making a world of information available, making data freely available to the world.

The new normal is also citizen journalism. OhmyNews in Korea, for example, has had significant debate on elections, says Geist.

Global Voices is one of top 100 blogs, which provides voices to communities we hardly hear about. "You hear people telling their stories, often with great risk, often with audio and video," said Geist.

"Ushahidi.com launched in Kenya 2 months ago, using a mash-up of Google Maps and Google Satellite technology to show where the incidents have happened." Among them Tunisian Prison Maps, which marks locations of prisons for contextualizing and situating the list of prisons and human rights abuses in Tunisia.

Google Book Search enables one to search the full text of books -- and discover new ones.

Geist also touched on the trend to ditch Digital Rights Management (DRM) after Random House ditched their audiobook DRM after a watermark experiment.

MIT OpenCourseWare is an initiative that makes all the institution's course material openly available. More than 90% of it available, including more than 5,000 courses. 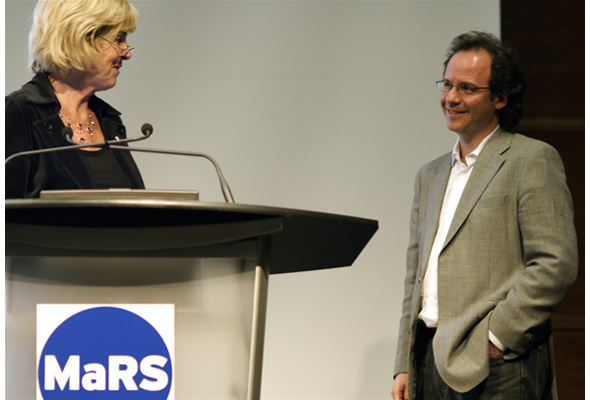 In closing, Geist mentioned 10 issues we need to be aware of and discuss today. Among them, copyright, intermediary liability, access for all, net neutrality, government data, cultural funding, definition of a journalist and contracts.

Want to keep up on the latest copyright laws? The Toronto group for Fair Copyright in Canada is one place to start.

The talk was presented by the Canadian Journalism Foundation who will offer a similar program in Vancouver on April 3.