With Toronto's beloved, decommissioned waterfront park (Ontario Place) set to go through a major facelift in the coming years, more details have recently been published on what we can expect.

A presentation outlining these ambitious plans was released just a few days ago and the proposed developments and additions are actually insane.

Austria's Therme Group, which is at the helm of redesigning the park, has ambitious ideas for the 155 acres of waterfront property, including a massive water park with a retractable roof and a sandy beach boardwalk. 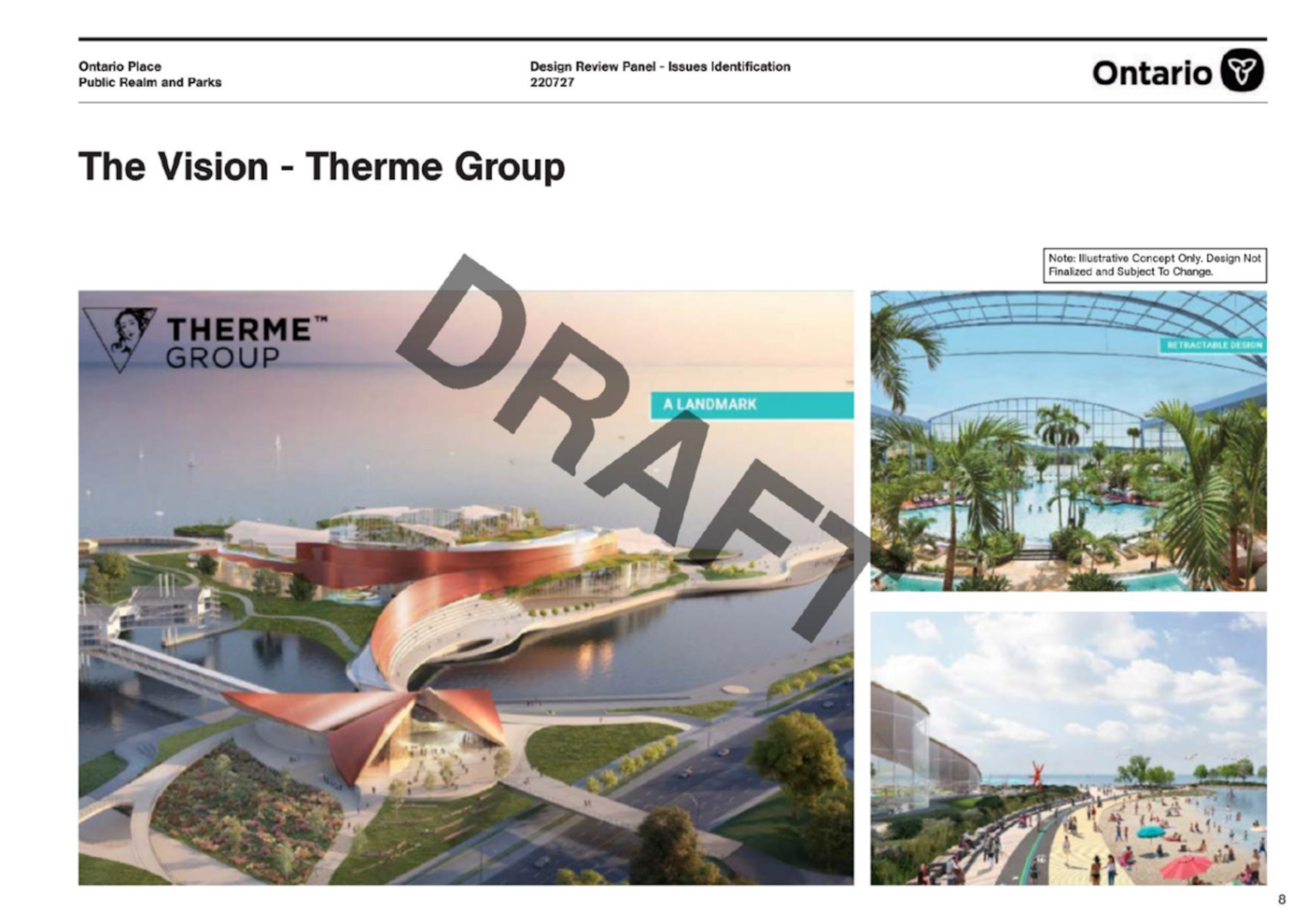 Ontario Premier Doug Ford wants the park and green space to be more accessible during Toronto's winter and fall months. 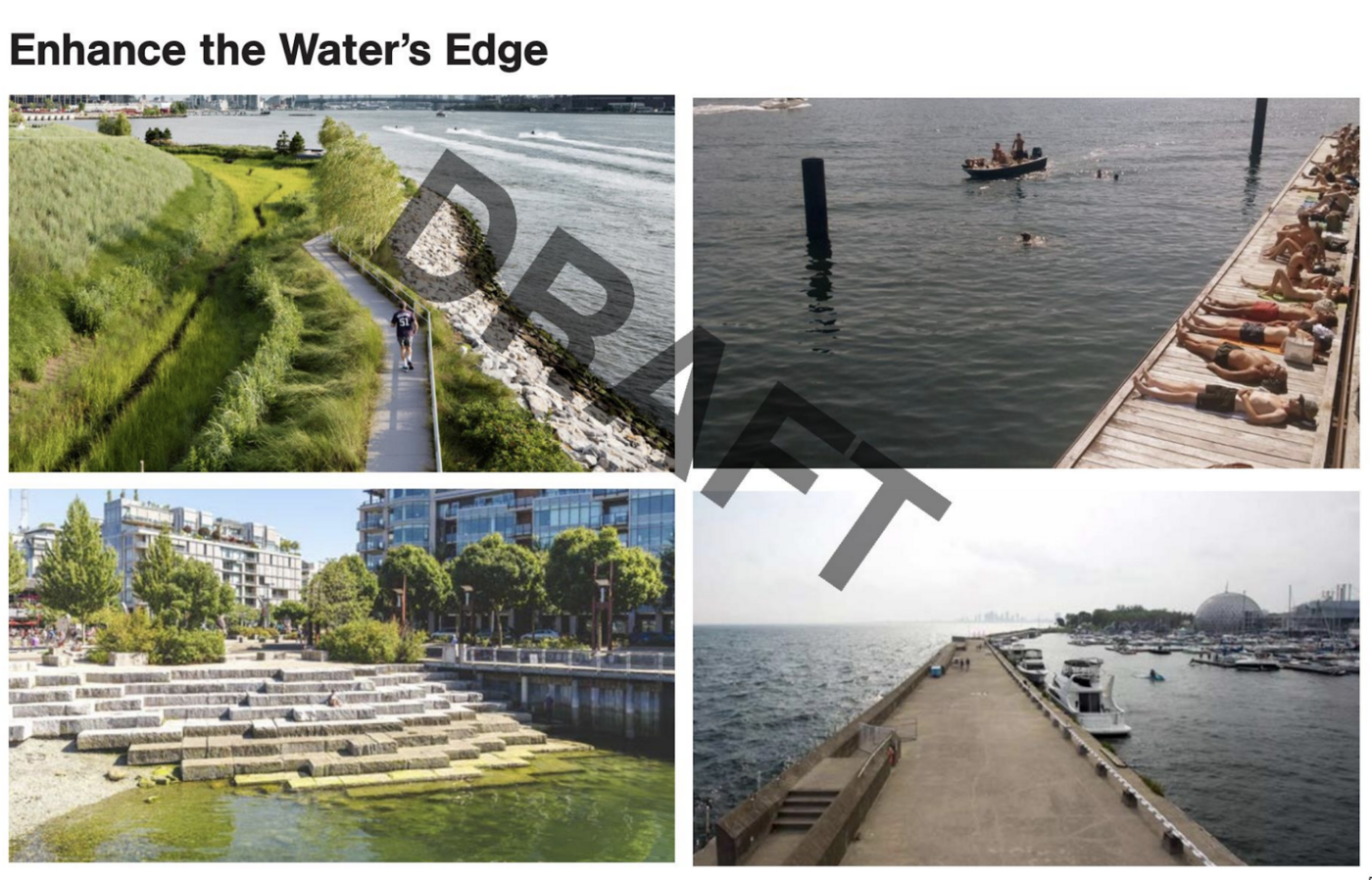 The presentation states that the new park will bring in over 3,000 jobs and aims to attract five million visitors per year.

Currently, the project is in its design and approval stage, with construction (optimistically) slated to start late next year.

Construction will move from east to west with the goal of having shovels in the ground on the West Island, where the spa and water park are planned, by 2024 or 2025.  The entire park should be 100 per cent completed by 2030, according to the presentation.

Other features of the West Island include a sprawling botanical garden, pools and waterslides.

Interestingly, the plan also outlines some challenges the park will face, such as noise from Billy Bishop, strong winds from the east, active boat routes around the marina, and poor water health.

Initial details about the massive water park were released last year, but these new renderings show additions not yet mentioned before, and they're pretty noteworthy.