What happens when you let a pop superstar contribute to the design of an official NHL jersey? Apparently, things get a bit weird.

On Tuesday, the Toronto Maple Leafs unveiled their latest jersey, a surprising collaboration that saw the team join forces with sporting goods brand Adidas, Canadian recording icon Justin Bieber, and his lifestyle brand he co-founded with his friend, drew house.

The Leafs will take to the ice with this new alternate look on March 23 for the annual Next Gen game, marking the first-ever in-game appearance of a reversible jersey design, not just in NHL history, but across all of North American professional sports. It marks the 15th alternate jersey in club history.

The classic team look has been updated with a new blue and black combo featuring the iconic Leafs crest in a shibori-inspired print. The sleeves of the sweater feature bands of graphics displaying a low-resolution version of the Toronto skyline, which appears almost like blue camo, a motif that also appears on the uniform’s socks.

While the black and blue combo may be the only side of the sweater fans see on-ice, the jerseys can be flipped to reveal a drew house-inspired version featuring gold trim. 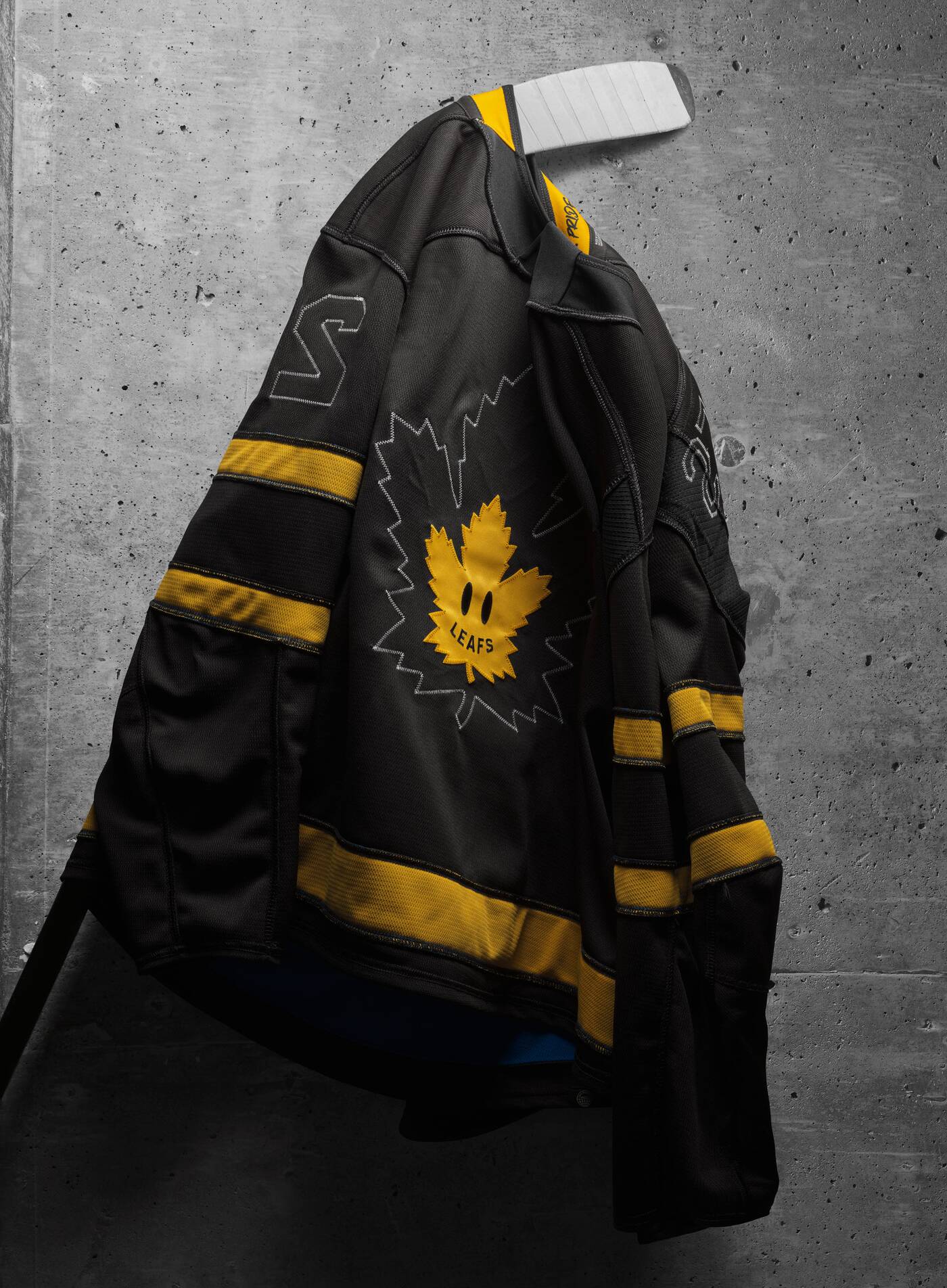 Just don't expect to see the Leafs playing in these colours, as the Boston Bruins and Pittsburgh Penguins already wear identical colour schemes, while similar combos can be found in the branding of the Vegas Golden Knights and, to a lesser extent, the Nashville Predators.

"My love for the Maple Leafs has always been a big part of who I am, and my passion for the team, and the passion of millions of fans, is stitched into this Next Gen sweater," said Justin Bieber, adding, "I'm grateful to the Leafs for the chance to team up again to create something so authentic for the team and its fans."

We’ll be rocking the black and blue, hby?

Tuesday's jersey reveal confirms earlier speculation in response to a very random photo of Justin Bieber wearing the new look next to Martha Stewart. Many correctly assumed that the black and blue threads would be unveiled for the Next Gen game, though the reversible part comes as more of a surprise.

The Maple Leafs Next Gen sweater is now available to buy through Real Sports and other official retailers, and while one would expect the involvement of a pop star and major clothing brands would command a premium price, the jerseys are actually selling at the same prices as the standard jerseys.