Major German auto brand Porsche is bringing a high-octane tourist destination to the Toronto area, and you could be cruising its new track at breakneck speeds in a Porsche as early as 2024.

The latest PEC planned for Pickering follows the success of the most recent two massive motorsport playgrounds in Franciacorta, Italy and Tokyo, Japan.

"I couldn't be happier that we can now announce the 10th location of its kind in Toronto – the fastest-growing city in North America with an ever-greater community of Porsche fans," says Detlev von Platen, Member of the Executive Board for Sales and Marketing at Porsche AG.

Located on the enormous Durham Live site, the Toronto-area PEC will be the first "urban" version, the year-round park offering visitors a window into Porsche's vehicles and technology, complete with guidance from Porsche instructors.

Visitors will be able to check out a collection of current and historic exhibition vehicles, along with a cafe and gift shop.

But Porsche's new tourist attraction isn't just going to be some little museum with a few displays, standing out from the pack with a track stretching over two kilometres. 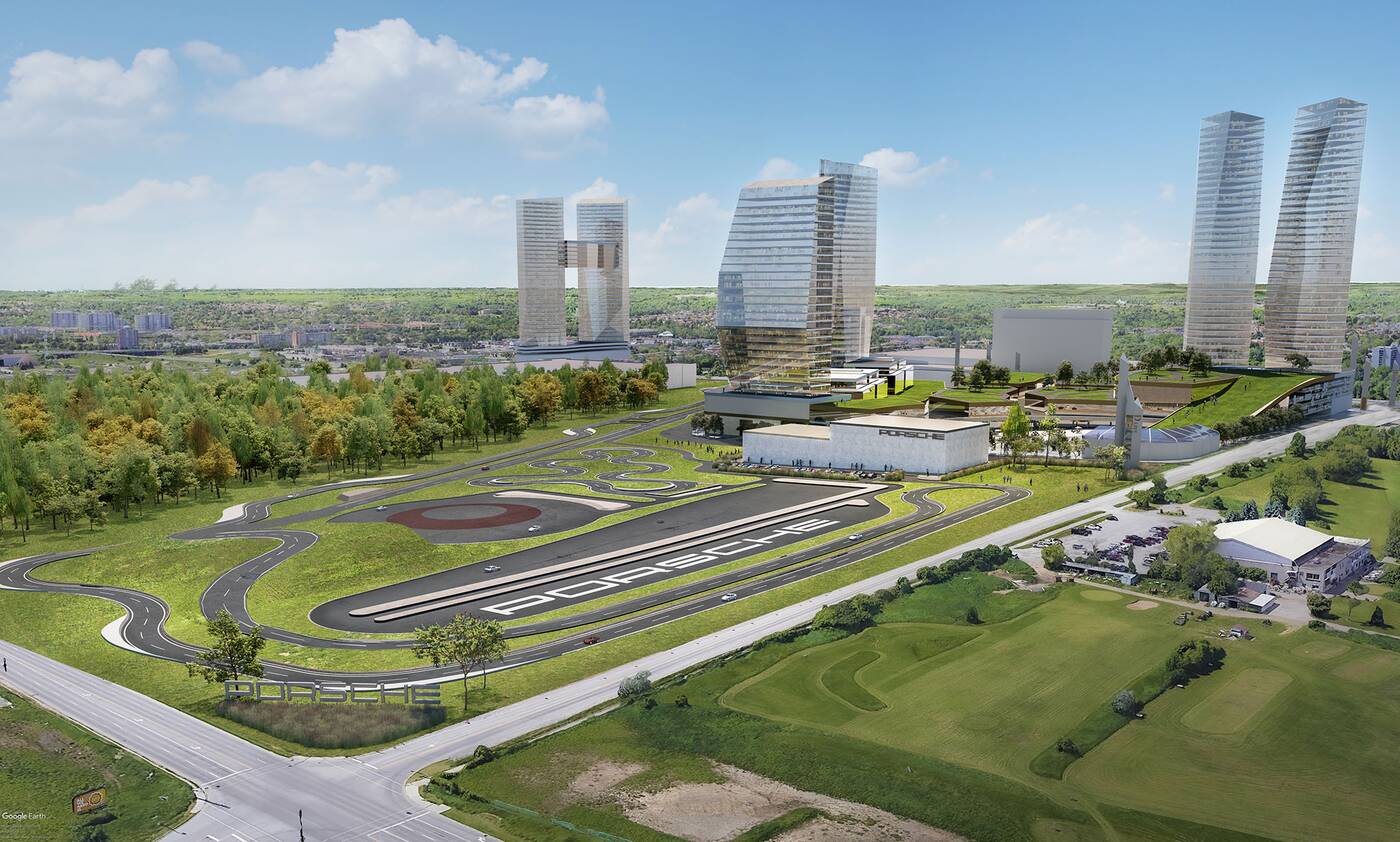 The track twists and turns for over two kilometres, designed to show off Porsche vehicles' power and turning abilities. Rendering courtesy of Porsche Cars Canada.

This driving circuit was designed to show off the performance of Porsche vehicles, and it could only be a few years before Greater Toronto Area residents get to hurtle down this track, even if they don't own a Porsche.

Porsche Canada would not be a standalone attraction on their site in Pickering, with the Porsche Experience Centre Toronto to be built on the 20-acre Durham Live site.

This mega-development is already home to a casino, and is also bringing a concert venue, a luxury hotel with over 300 rooms, and more than 400,000 square feet of retail to the mix.

"Being located at the Durham Live entertainment district will offer Porsche enthusiasts a dynamic and complementary mix of excitement, gaming, culture, nightlife, cuisine and adventure which will enhance the overall experience," said Steve Apostolopoulos, Managing Partner and President of Pickering Developments, the owners of the Durham Live district.

Despite being the proposed Canadian flagship for a known gas-guzzling brand, the PEC claims to be putting emphasis on sustainability though a forward-thinking design from design, architecture, engineering and planning firm HOK, and the inclusion of electric vehicle charging infrastructure.