Black Canadian Hikers and Let's Hike TO share one thing in common: they've created spaces for Black people and other people of colour to feel safe and included in their love for the outdoors.

Both of these groups are breaking down stereotypes about what it means to be a Black person in nature, saying a lack of representation exists in the hiking community. 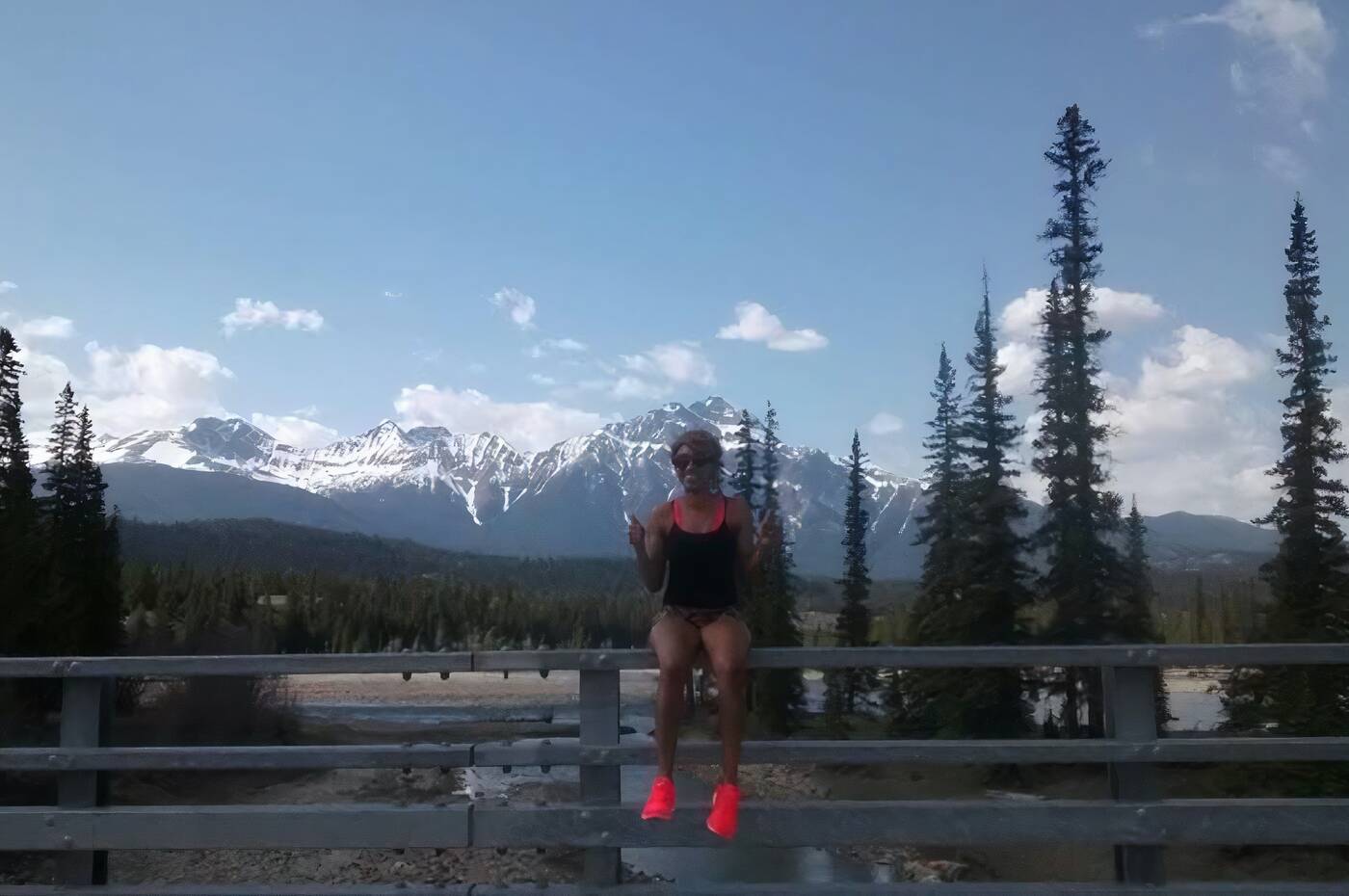 Shyrai Sutherland, the creator of Black Canadian Hikers, fell in love with hiking in 2015 when she went to work near the Rocky Mountains in Alberta.

After returning to Toronto, she asked some of her friends and family if they wanted to go on hikes together, but most of them responded with "that's a white person thing."

Sutherland was determined to change that narrative. She sat on the idea of creating Black Canadian Hikers for a few years.

"I never knew any Black hikers at the time, I wanted to see other people out on the trails who look like me too," said Sutherland. 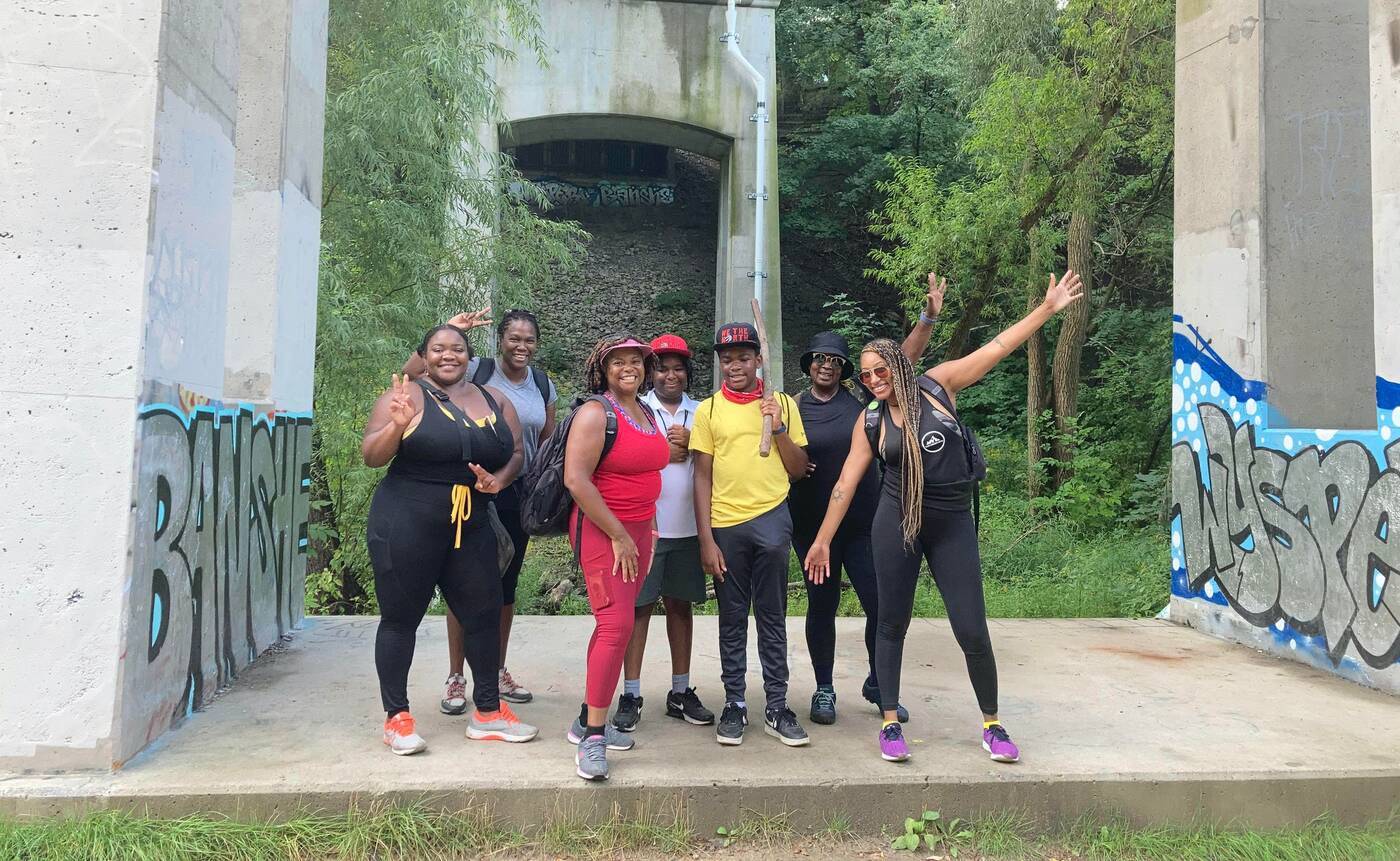 In the summer of 2020, events related to the Black Lives Matter movement are what prompted Sutherland to start hosting hikes for Black people in Toronto.

"I wanted people to feel like they can be part of a community in the outdoors, to not fear going outside because of the violence we were seeing," said Sutherland. 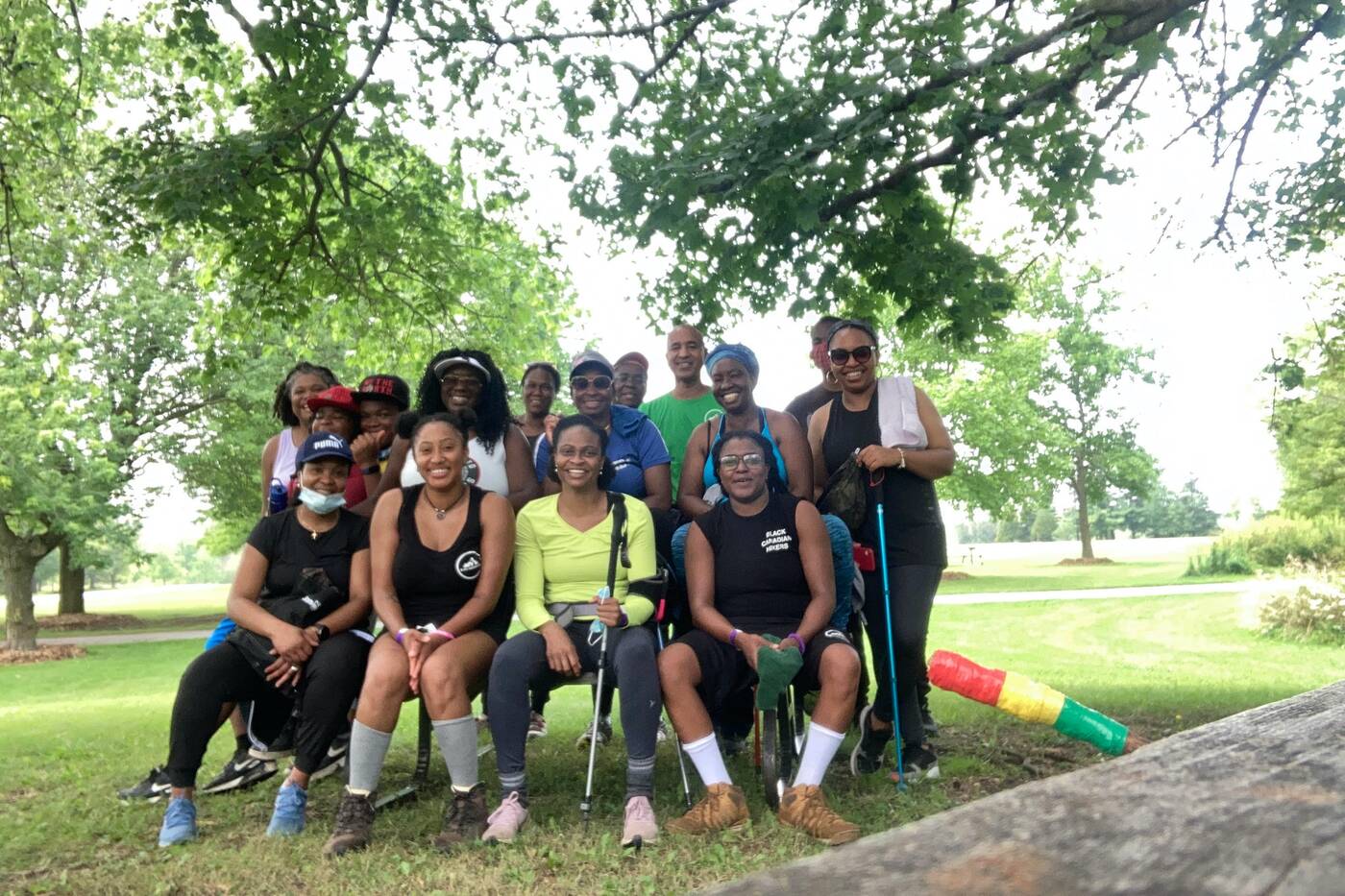 Black Canadian Hikers on one of the first few hikes they went on near Toronto. Photo by: Shyrai Sutherland

Black Canadian Hikers had their first hike in July 2020 with seven people and since then they've grown, with 20 to 30 people now joining their trips throughout Toronto and the GTA.

Similar to Sutherland, Camara Chambers, the creator of Let's Hike TO, also fell in love with the outdoors after she was invited by a colleague to join a hiking club in the city.

"Every time I went on hikes with this group, I'd look around and simply didn't see anybody who looked like me, I was usually the only Black person," said Chambers. 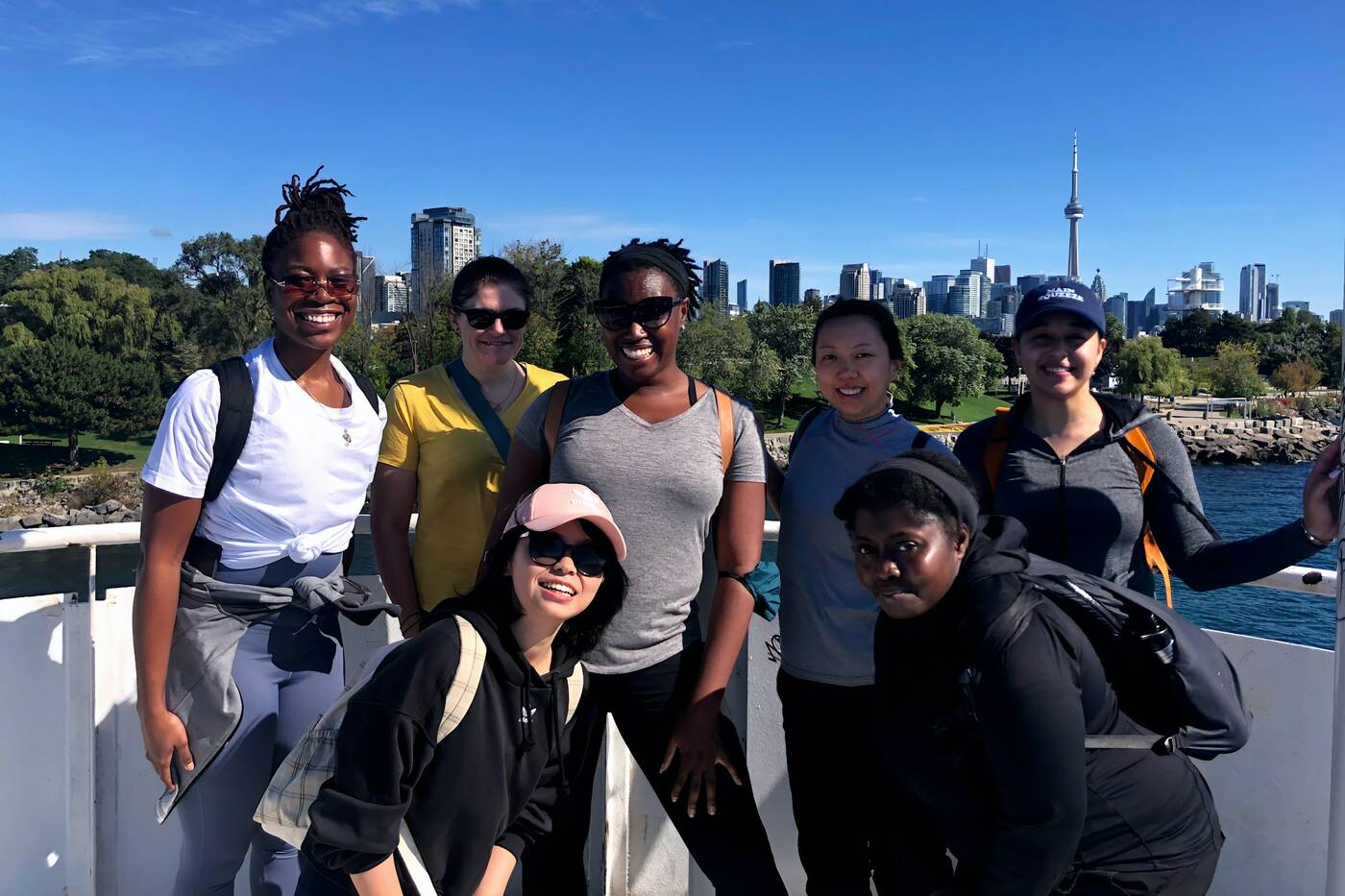 Let's Hike TO pictured in summer 2021 during one of their hiking excursions around Toronto. Photo by: Camara Chambers

She ended up becoming a hike leader and approached the club with the idea of having specific groups that focused on bringing young, people of colour out on the hikes. The club didn't see this as a priority and denied her request.

It all worked out though, because that's what ignited the creation of Let's Hike TO in May 2021, a group that encourages people of colour between the ages of 20-40 to come out and hike. 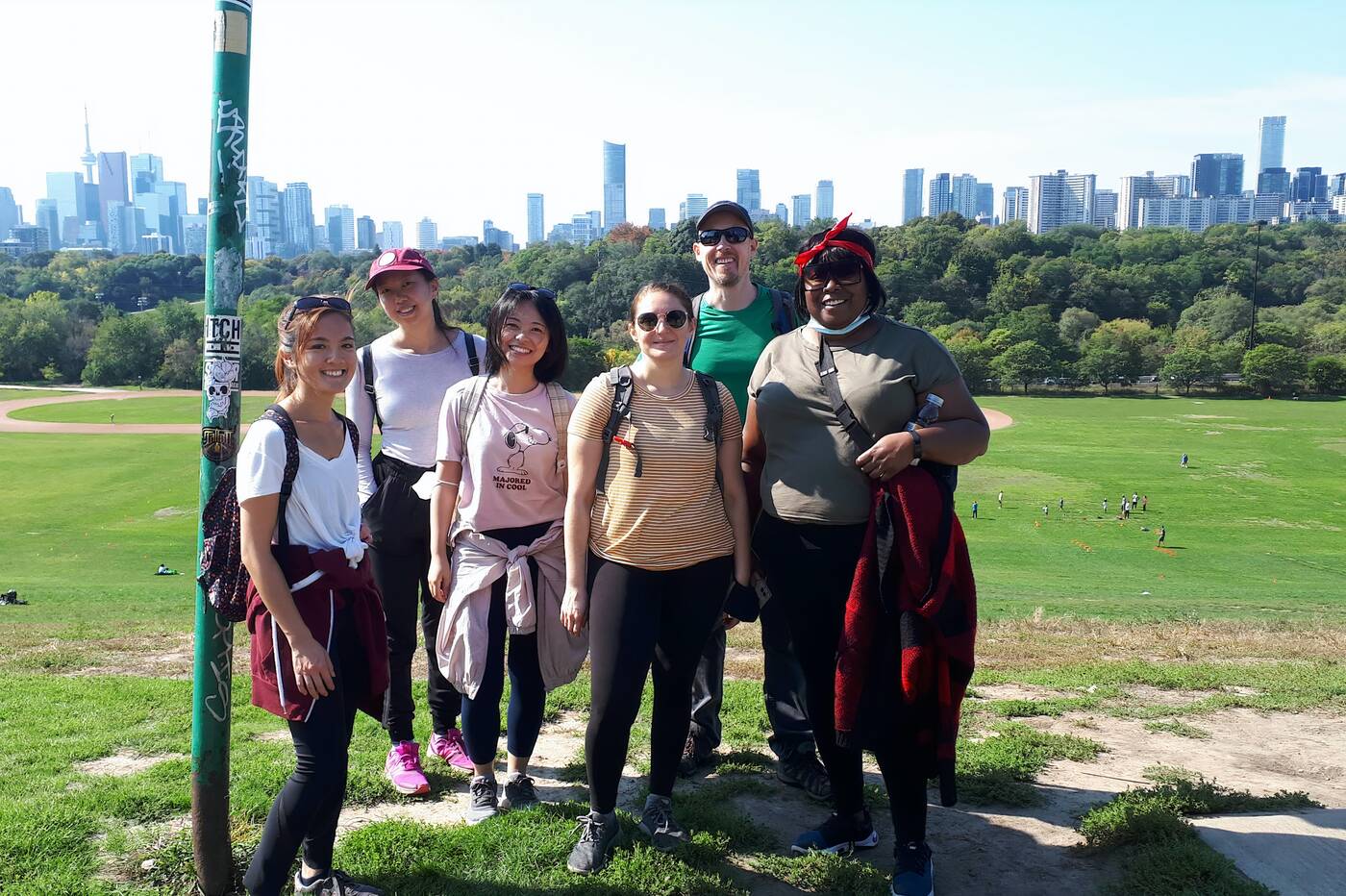 Let's Hike TO pictured at Riverdale park in summer 2021. Photo by: Camara Chambers

All of the hike leaders in the group go through diversity and inclusion training and each hike starts out with a land acknowledgement to recognize the Indigenous land they're walking on.

Both Sutherland and Chambers say other Black people in their groups have told them that they feel seen and valued when they go on hikes together. 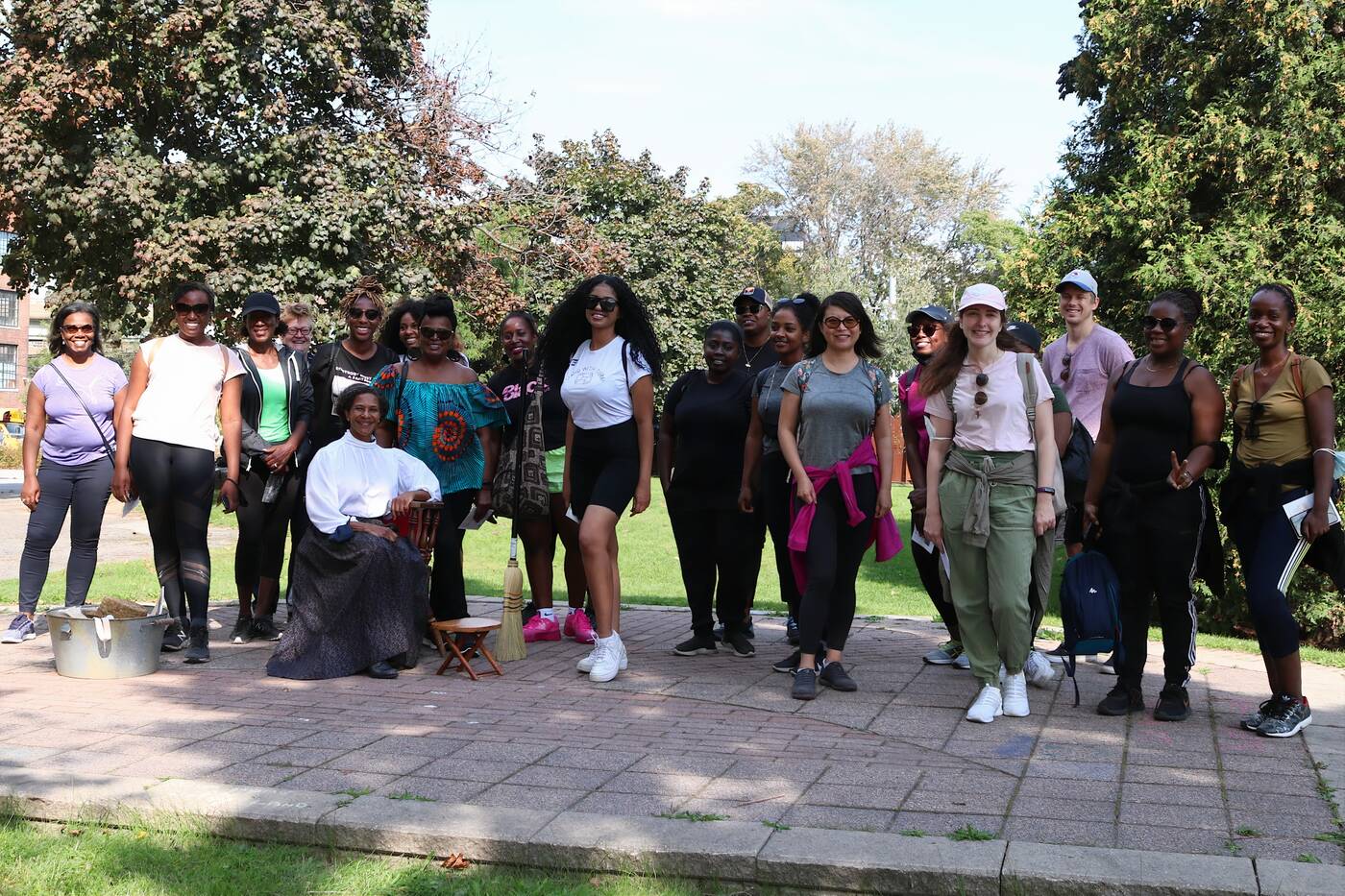 Let's Hike TO during one of their hikes learning about Black history in Toronto. Photo by: Camara Chambers

"We want you to be able to arrive at the hike, look around, and see people that share something in common with you and know that they're supportive of being inclusive as well," said Chambers.

Sutherland agrees, saying that going on hikes with other Black people, creates a "joyful, liberating and empowering experience for all of us."

So far, Black Canadian Hikers have hiked in areas around Toronto, such as the Orchard Trail at Rouge National Urban Park in Scarborough and the Cedarvale Ravine near Forest Hill.

Let's Hike TO did a Black History Hike this summer, where they started at Dupont Station and walked all the way to Little Jamaica, stopping at landmarks related to the history of Black people in the city. 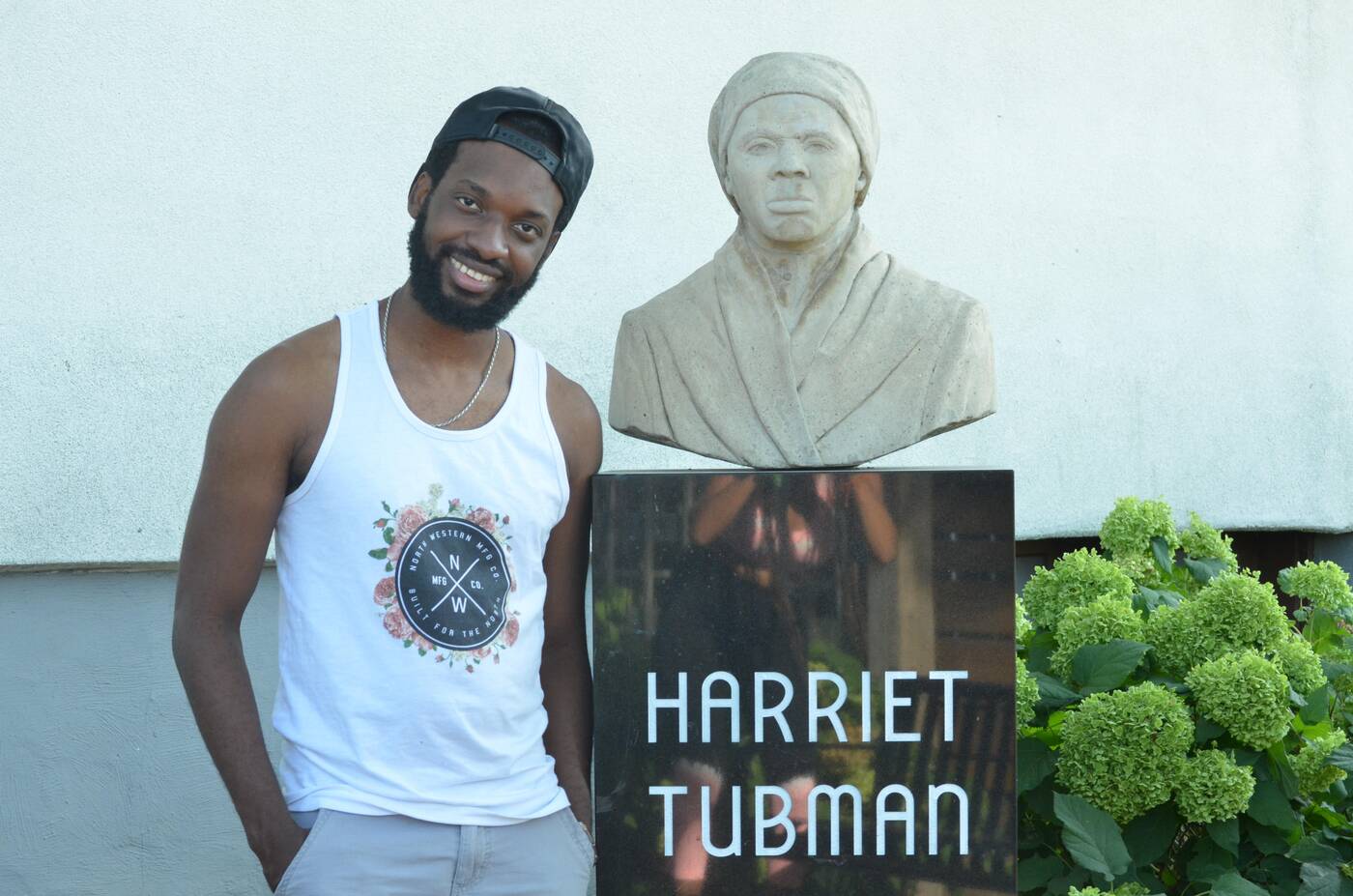 A member of the Black Canadian Hikers pictured with a statue of Harriet Tubman in St. Catherines, Ont. Photo by: Shyrai Sutherland

Black Canadian Hikers hosted a similar hike, where they visited Salem Church in St. Catherines, Ont., a church that Harriet Tubman attended when she lived there in the 1800s.

Sutherland and Chambers say that anyone, of any background, is welcome to join their hiking groups, as they're planning to continue hosting more trips into the Fall and Winter of 2021.