Toronto NHL mascot ranked best in league and nobody is convinced

Out of the 30 current NHL teams with mascots (the New York Rangers have no mascot and the Seattle Kraken have yet to suit up for their inaugural season), fans have — for some inexplicable reason — voted the Toronto Maple Leafs' Carlton the Bear as the most popular in the league.

Soak that in for a second. The crowd favourite is a polar bear in a Leafs jersey, named after a street the team played on for the bulk of its existence. Creative, right?

Well, it was enough for the majority of 2,000 NHL fans surveyed across the continent by Play Canada. Respondents were asked to rank each mascot on a scale of 1-5, giving us the head-scratching rankings we see today. Even for a Leafs fan, Carlton coming out on top of all possible competition is a surprise. 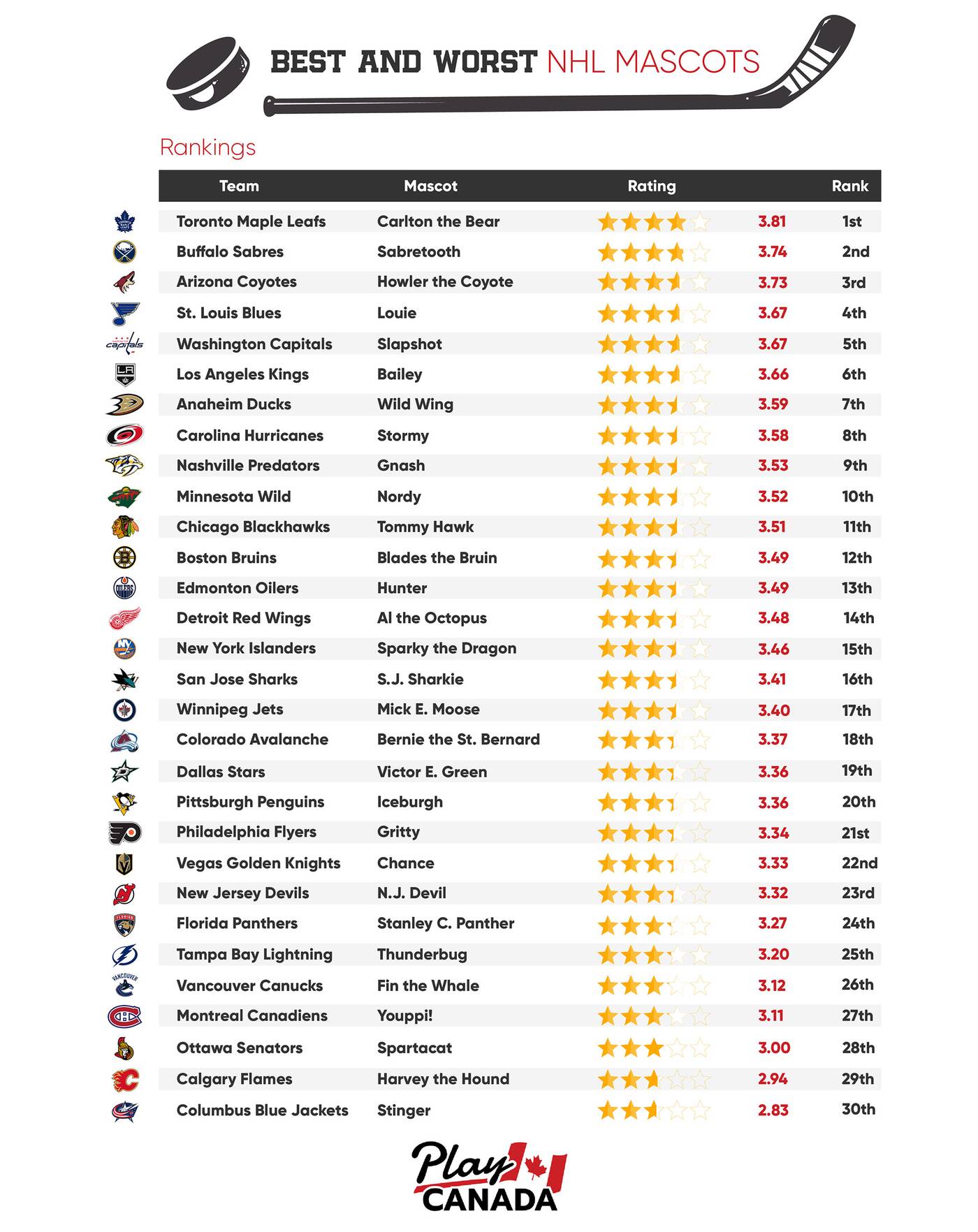 Carlton's average score of 3.81 made him the most popular of the bunch and the only Canadian mascot to crack the top 10.

The survey results are probably a better indicator of a team's fanbase than a mascot's actual popularity because some of these rankings don't make much sense, at least from the perspective of mascot imagery and history.

Near the bottom of the Canadian rankings, the Vancouver Canucks' Fin the Whale — arguably a much better fit of a mascot for the city it represents — sat at 26th place.

If only I could talk…. pic.twitter.com/qFGS2t5yqy

The third-least popular Canadian mascot was the Canadiens' Youppie, way down the list at 27. Not to defend the Habs, but Montreal has the only mascot to span two professional sports leagues, with the incredible distinction of being the only mascot ever to be ejected from an MLB game during his tenure with the now-defunct Expos. It might be a bit of a tangent but watch the clip.

Only Ottawa and Calgary ranked lower among Canadian mascots.

Philadelphia has the rage and penalty minutes of a brutish Flyers franchise history anthropomorphized into a wild-eyed muppet. Gritty ranked at 21st place, though he will always rank first place in mascot-related memes.

The least popular mascot in the entire league was Stinger of the Columbus Blue Jackets, who would probably work out better as a Dollarama mascot.

In all fairness to Carlton, he's always been a massive hit with kids, and the survey respondents' average age of 37 shows he might be just tapping into a wider audience.