With summer approaching, a number of outdoor activities are once again growing in popularity with fishing in particular becoming a growing trend, especially along the Lower Don River in Toronto.

Located near Corktown Commons, just steps from the 504 streecar stop at King and River, the popular fishing spot has been identified as an ideal location to catch both river fish, and those venturing in from Lake Ontario.

While the Don River is mostly home to Brown Bullhead's and White Sucker fish, many other species including bass, pike, and perches can make their way over from the lake's Toronto waterfront.

Other popular fishing hot spots around the city include the Toronto islands, Grenadier Pond and the Humber River.

Of course, it's important to know that before you run off and start casting a reel of your own, both an outdoors card and a fishing license are required to fish in Toronto.

While Toronto is home to many fish species, whether you can safely eat your catches is another story. It's reccomended that any consumed fish are properly washed, filleted, and cooked, but even then there's  a number of fish the province of Ontario doesn't recommend consuming.

The provinicial website hosts a guide of all fishing spots in Ontario alongside the fish consumption advisory for anything caught at those locations. 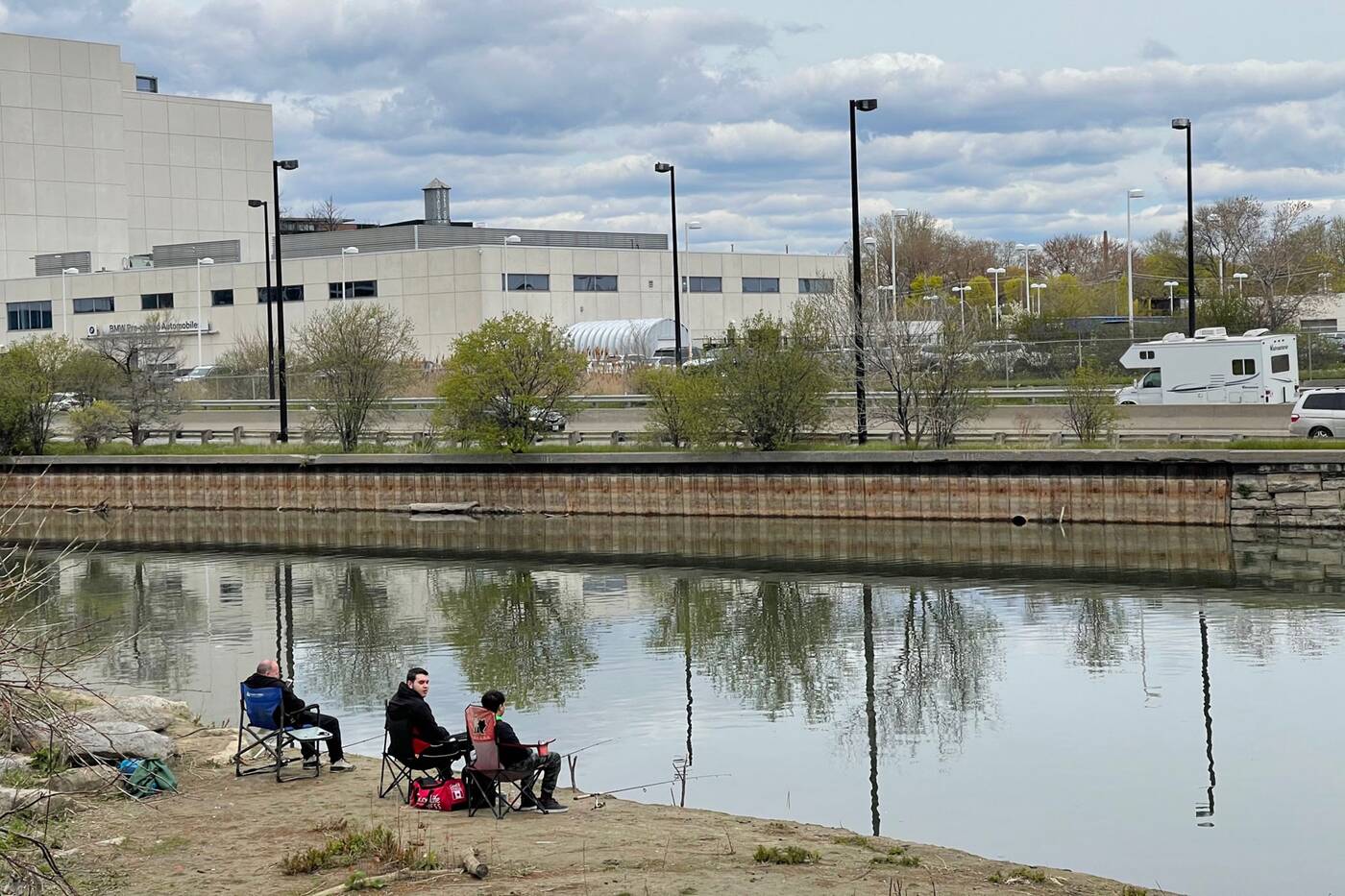 People fishing next to the Don River in Toronto.

For the Don River, it's safe to eat as much as 16 meals of Brown Bullhead or White Sucker fish per month depending on the size.

For Lake Ontario's Toronto Waterfront, the recomended consumption depends on the species caught. Largemouth Bass, Northern Pike, and Yellow Perches are all safe to consume in larger quantities while it's recomended to avoid any consumption of White Bass, Gizzard Shad, or Common Carp.

Though many outdoor activities are still locked down, the solitary nature of fishing means that it's one that can be safely enjoyed.