There's a common misconception amongst Toronto residents that fish from Lake Ontario are too contaminated to eat.

Not only is that not true, says Toronto's wildlife habitat restoration group, but plenty of people are eating them — and they have their favourites.

The Toronto Remedial Action Plan (RAP) — which has been working to improve the conditions of the city's water from Rouge Creek up to the watershed since the 1980s — has just released the results of a two year-long survey about fishing along Toronto's waterfront.

The Toronto Remedial Action Plan has released a new survey about the most common types of fish caught and consumed by anglers along Toronto's waterfront. Photo courtesy of Toronto RAP.

In 2018 and 2019, staff from Toronto RAP walked the waterfront stretching from Rouge Marsh to Mary Curtis Park with clipboards in hand, surveying anyone with a fishing rod.

Using approximately 11 total weeks of data and information from 293 residents found fishing along the shores, RAP identified the most commonly caught and consumed fish.

Turns out that Chinook salmon, the large fish whose dramatic migration upstream might be one of our favourite natural spectacles, is also our fave fish to eat.

That's followed by largemouth bass and common carp, smallmouth bass, and rainbow trout. The list goes on, with freshwater drum and rock bass being the least commonly caught and eaten fish.

"We found that about 30 per cent of people who were fishing along the waterfront were also eating their fish," says Valerie Francella, the program manager at Toronto RAP.

"We didn't find anyone where this is their exclusive source of food. But there were definitely people catching and eating frequently...The remainder thought the lake was too polluted, were practicing catch and release, or just weren’t eating those types of fish. Some don’t like fish, they just like to catch them." 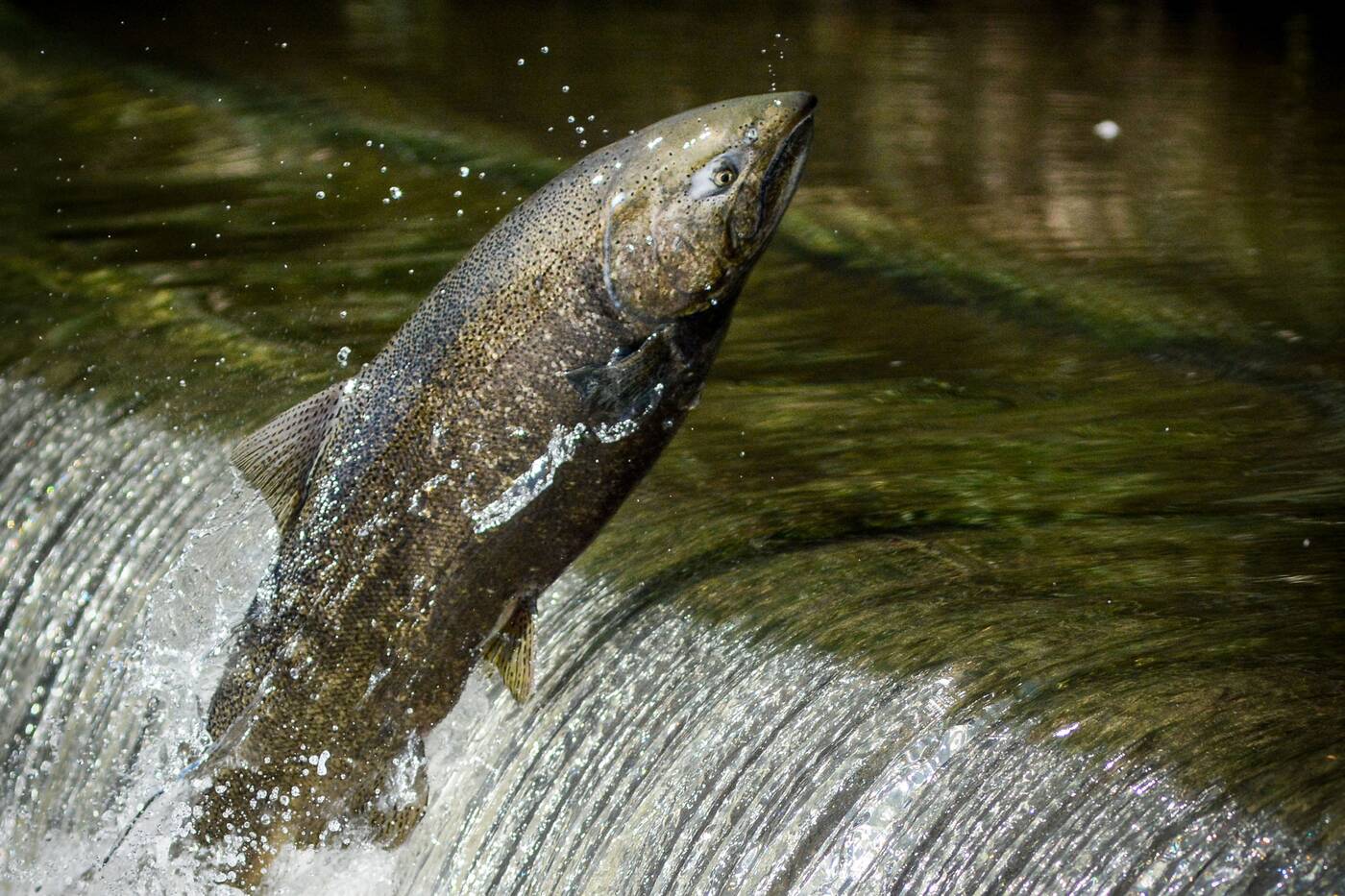 Chinook salmon have been identified as the most commonly caught and eaten fish along Toronto's waterfront. Photo by Bruce Reeve.

But Francella assures us that most of the fish along the waterfront is, in fact, safe to eat.

Over the last 30 years, Toronto's water quality has drastically improved, she says.

Contaminant levels have been down for over 80 per cent of the swimming season in past summers. And the decreased industrialization of the Toronto Waterfront has resulted in less mercury and PCBs in fish.

"Since we've lost a lot of industry in the waterfront, numbers have really dropped for contaminants," says Francella. 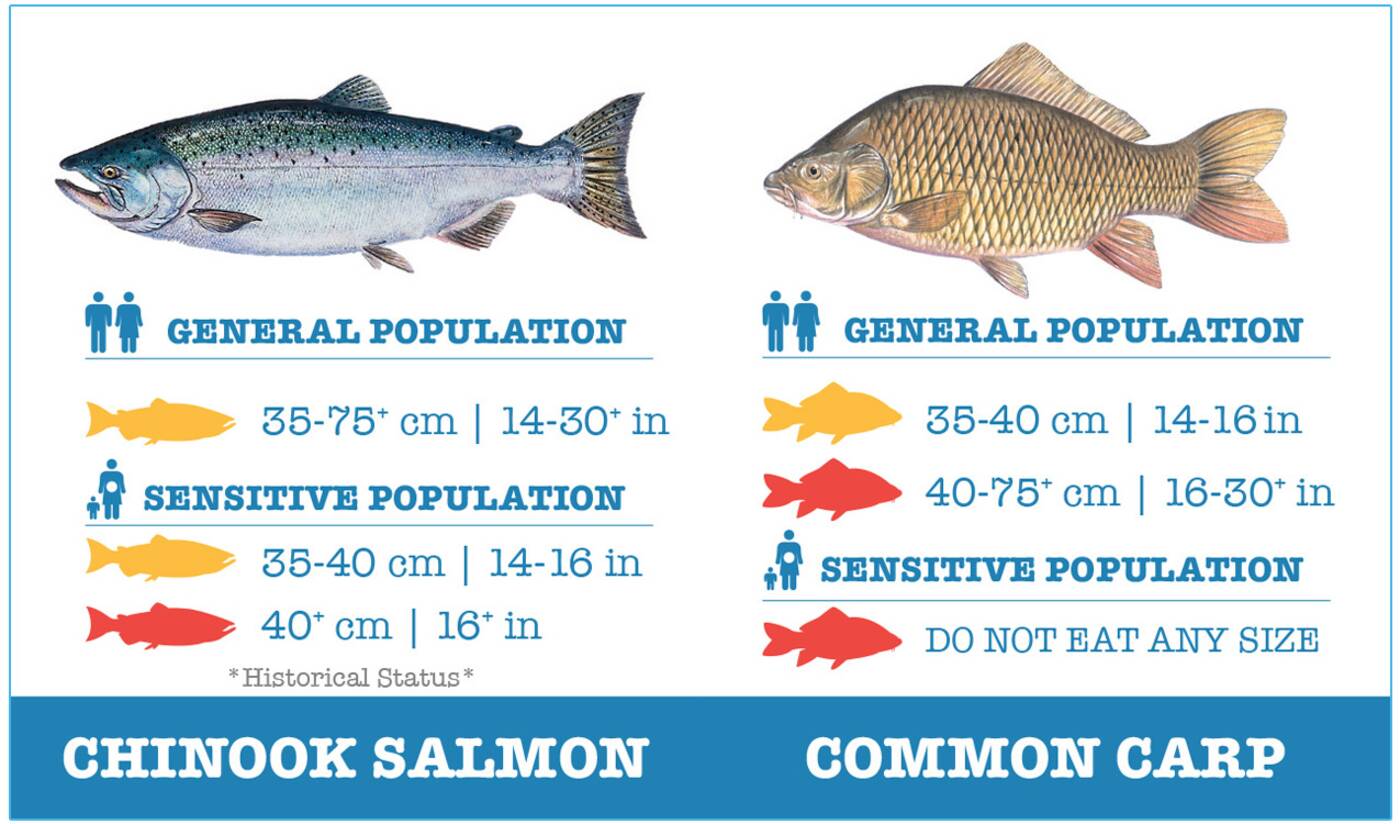 Toronto RAP's guide to eating fish shows that Chinook salmon and common carp should not be eaten more than four times a month, and even less for sensitive populations. Photo via Toronto RAP.

But that doesn't mean that you can just go eating any fish, willy nilly, without doing your proper research first.

The Province has a resource called the Guide to Eating Ontario Fish, and RAP has its own local fish guide to help you decide which to eat. Smaller fish are always better. Try to avoid big fish, and don't eat the organs or skin.

By that logic, certain fish pulled out of Toronto's waterfront make for better meals than others.

While Chinook salmon are the most popular catch, they're usually pretty large, and should be consumed around four times a month, at most.

The worst fish of them all? The common carp, which according to RAP's survey is one of the more popular fish on the list.

"Of the fish people are eating, the one we ask people to be careful with is common carp. It is commonly eaten, but being a large, fatty, bottom-feeding fish, it can accumulate contaminants," says Francella. 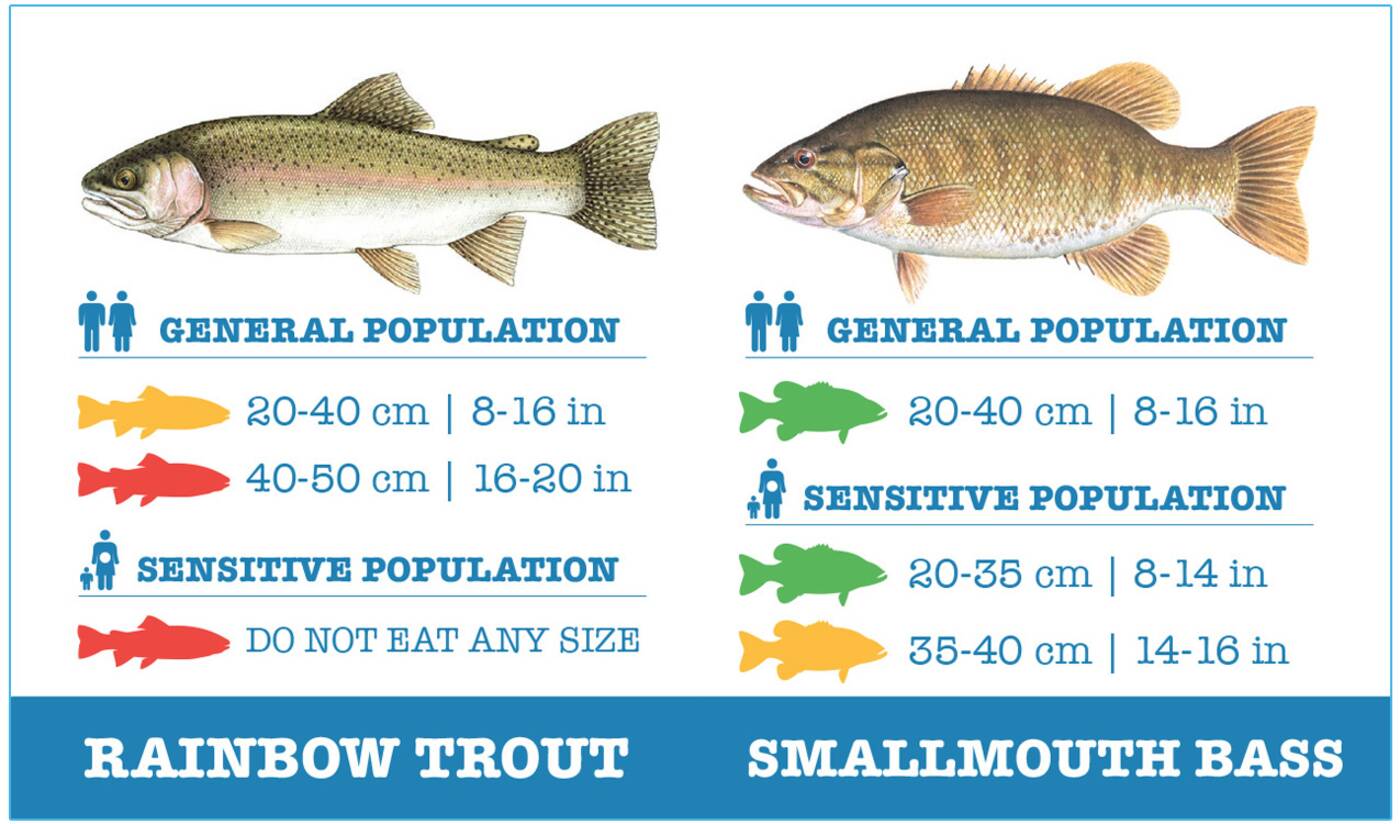 While rainbow trout should be eaten sparingly, Toronto's smallmouth bass are generally harmless for consumption. Photo via Toronto RAP.

"A fish like a carp, which is massive, provides a lot of food. A lot of anglers, particularly new immigrants to Canada, who commonly ate carp in their native countries, might supplement their diets and those of their families with fresh caught common carp."

For children or women who are pregnant or trying to conceive, it's best not to eat them at all.

According to Toronto RAP's guide, the best fish to make a frequent meal out of are smallbouth bass and yellow perch, but you'll have to wait until late April or May to feast on those.