Nav Bhatia, the Toronto Raptors' most dedicated superfan, has just become the first fan to be inducted into the world's most famous basketball hall of fame for 2021.

Bhatia, 69, who has attended every single Raptors home game since the franchise first launched at the Sky Dome in 1995, has officially been immortalized in Massachussett's Naismith Basketball Hall of Fame. 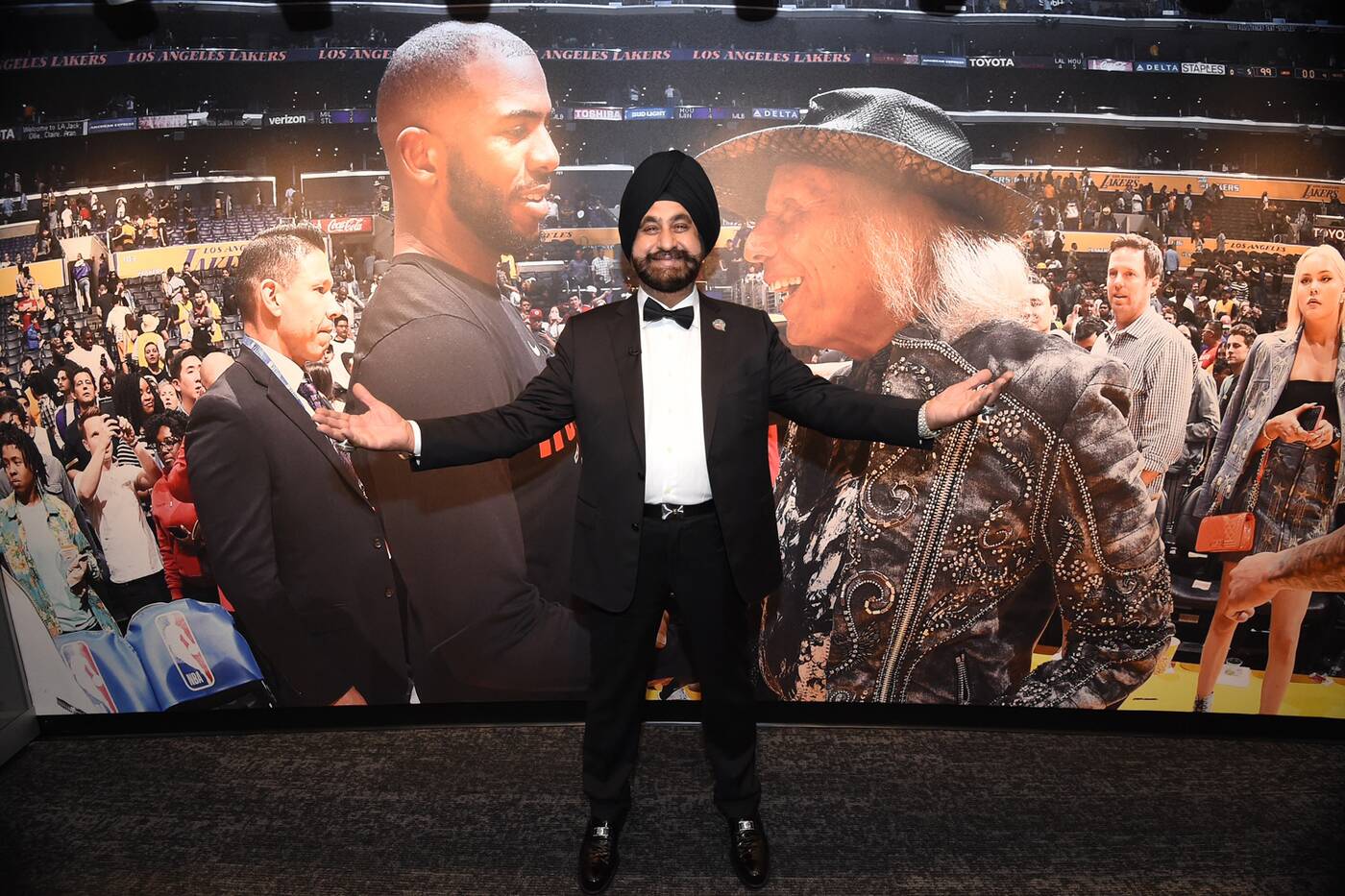 Nav Bhatia has just become the first fan to ever be inducted into the Basketball Hall of Fame. Photo by Andrew Bernstein.

Given that Bhatia's fandom is pretty much unparalleled across the NBA, this particular accolade makes sense.

Over the franchise's 25-year history, Bhatia has never missed a home game. Today, he runs the Superfan Foundation, which sends kids to Raptors games and promotes diversity across basketball fandoms.

His face has become synonymous with the Raptors fanbase, figuratively and literally. Giant cutouts of his head were used to cheer the Raps in 2019 and he was in a Tim Hortons commercial shortly after that.

Later that year, after the Raptor's won the championship, Bhatia became the first fan to ever be presented a championship ring.

Bhatia was inducted into the Hall of Fame over the weekend, joining NBA superstars like the late Kobe Bryant, Tim Duncan and Kevin Garnett as part of the class of 2020.

"It is beyond my wildest dreams to be honored in the same building as some of the greats in the game," said Bhatia in a press release.

Sitting behind Bhatia's Hall of Fame glass is a superfan basketball, his famous courtside seat A12, custom superfan shoes, a replica of his championship ring, a bobblehead and the original Raptors jersey that Isiah Thomas gave him in 1998 that first dubbed him a Superfan. 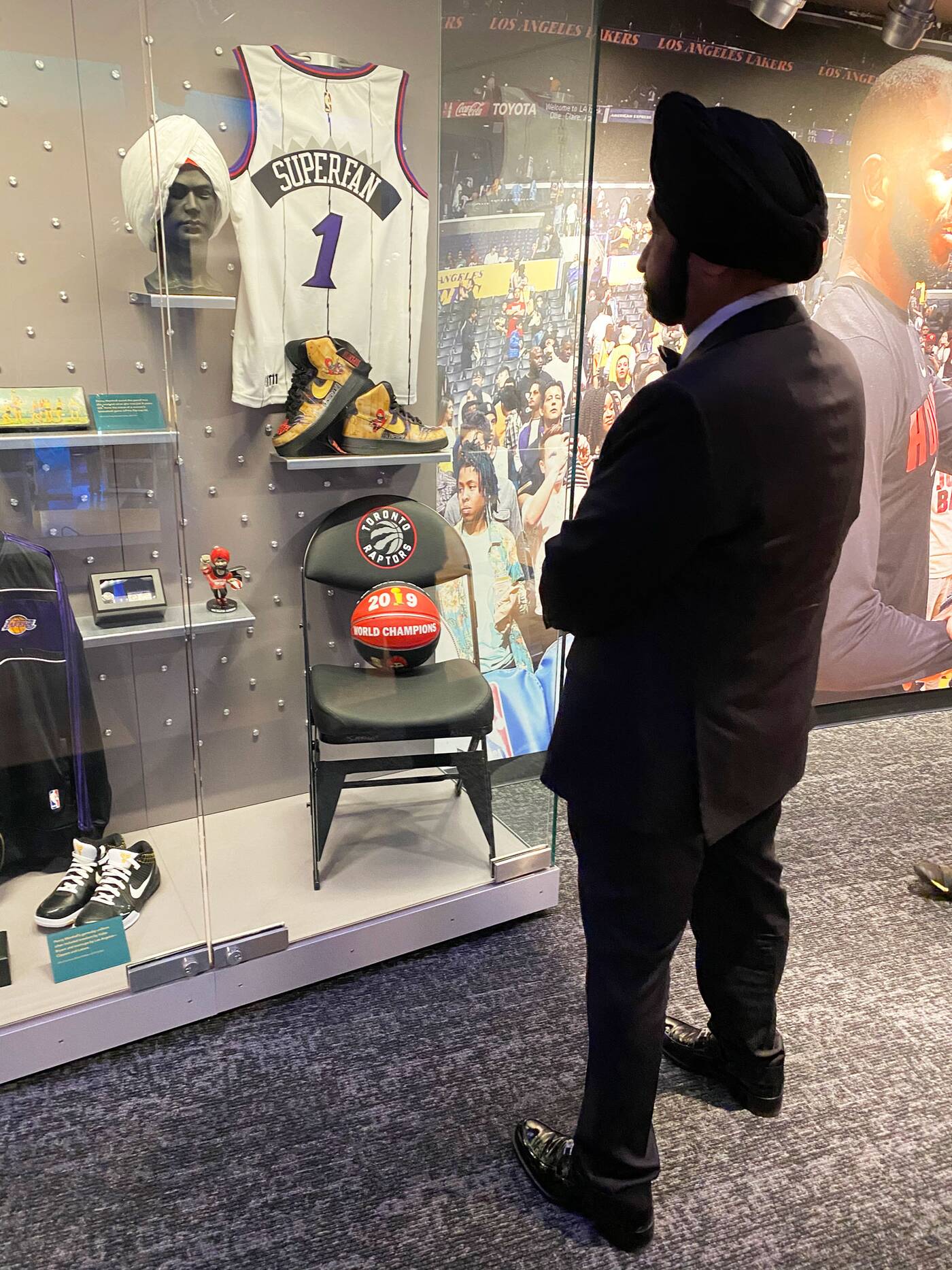 The Raptors superfan has been immortalized in the hall with his jersey, custom sneakers, championship basketball and a turban. Photo courtesy of Push Marketing.

Also in the display is a white turban, a symbol of diversity across the Toronto Raptors fandom.

"As a practicing immigrant of Sikh faith, because of my turban and beard I have been on the receiving end of many discriminatory
remarks," said Bhatia.

"Basketball has helped me not only be confident with who I am but also has helped me to change the views of many towards South Asians. As we sit together to watch the game we love and cheer on our home team  we realize we are more alike than different."