The history of Maple Leaf Stadium in Toronto

Toronto has always been an avid baseball town. The city opened its first official baseball stadium in 1886. Named The Toronto Baseball Grounds, it was located south of Queen Street East, between Broadview and the Don River.

Constructed entirely of wood, at a cost of $7,000, it was four storeys in height. Toronto's Maple Leaf team was part of the International League (minor league). The cost of admission to the games was 25 cents.

The last sporting event held in the park was in 1913, a football (soccer) match. The park was later known as Sunlight Park, named after the Sunlight Soap factory built by Lever Brothers in 1900-1901.

After the stadium was demolished, the land was redeveloped for other commercial purposes.

In 1897, the team relocated to a new wooden stadium at Hanlan’s Point on the Toronto Islands. The first ball flew across home plate in May of that year. Admission was now 50 cents, which included the return ferry fare across the bay.

The legendary Babe Ruth hit the first home run of his professional career in the stadium on September 5, 1914, the ball landing in Toronto Harbour.

Attendance at games eventually dropped due to the inconvenience of travelling across the harbour, especially on stormy days during early autumn and spring.

The Toronto team departed Hanlan’s Point for the mainland after the 1925 season. 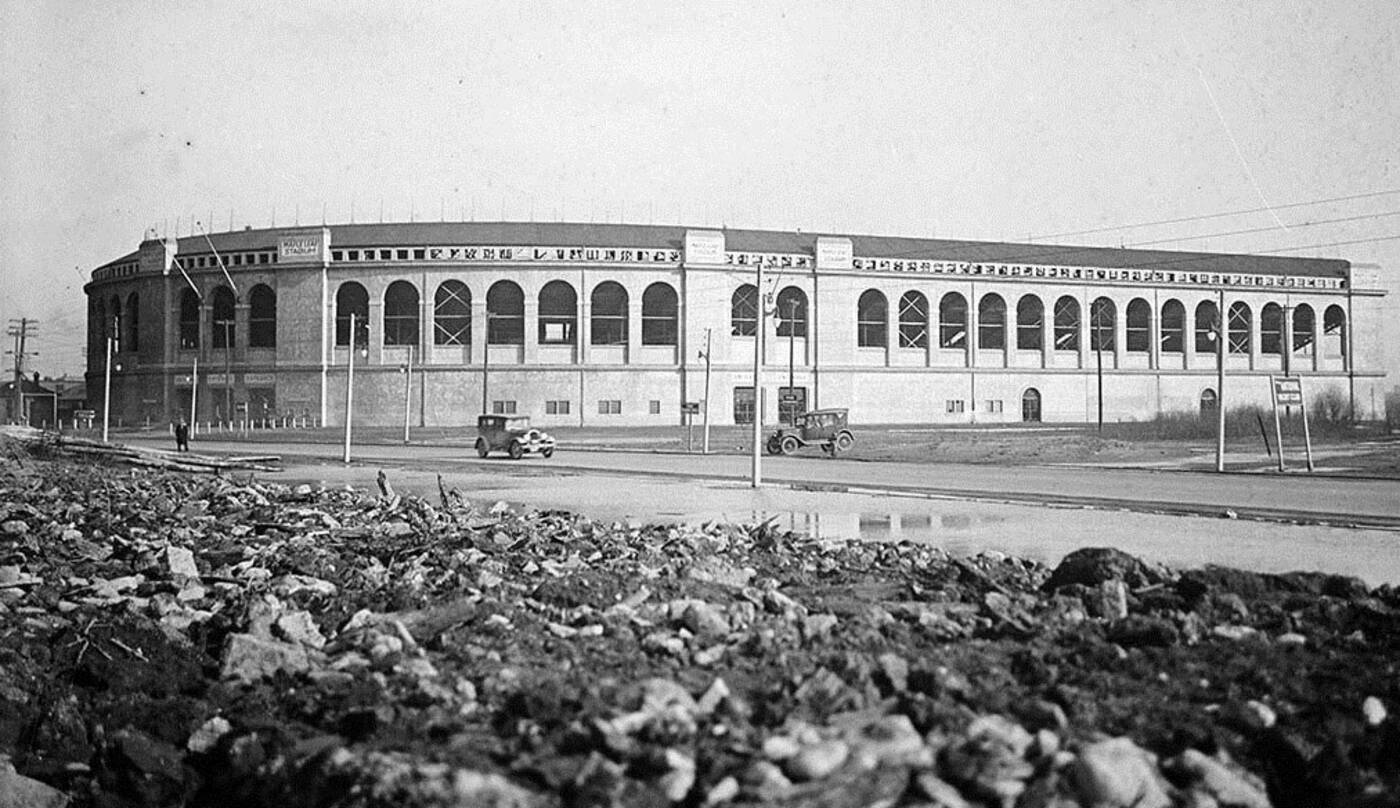 The new Maple Leaf Stadium was on Fleet Street, at the foot of Bathurst Street, on a site created by landfill.

The team president, Lol Solman, who was also the owner of the team, arranged the financing of the stadium by raising $300,000. Its architects were Chapman and Oxley, who also designed the Princes’ Gates and the Government Building at the CNE, where Medieval Times is now located.

Maple Leaf Stadium was a steel structure with solid concrete floors, containing 23,000 seats. By the time the structure was completed, the cost had risen to $750,000. It was soon nicknamed "The Fleet Street Flats."

On opening day, Wednesday April 28, 1926, a prize was offered to the person whose estimate was the closest to the actual number of fans that attended.

Mayor Thomas Foster was to unfurl the Union Jack and former Mayor Tommy Church was to throw the first pitch. However, it had rained the previous night and as there was no sunshine on the day of the game to dry the field, the game was cancelled. The field was too soggy. 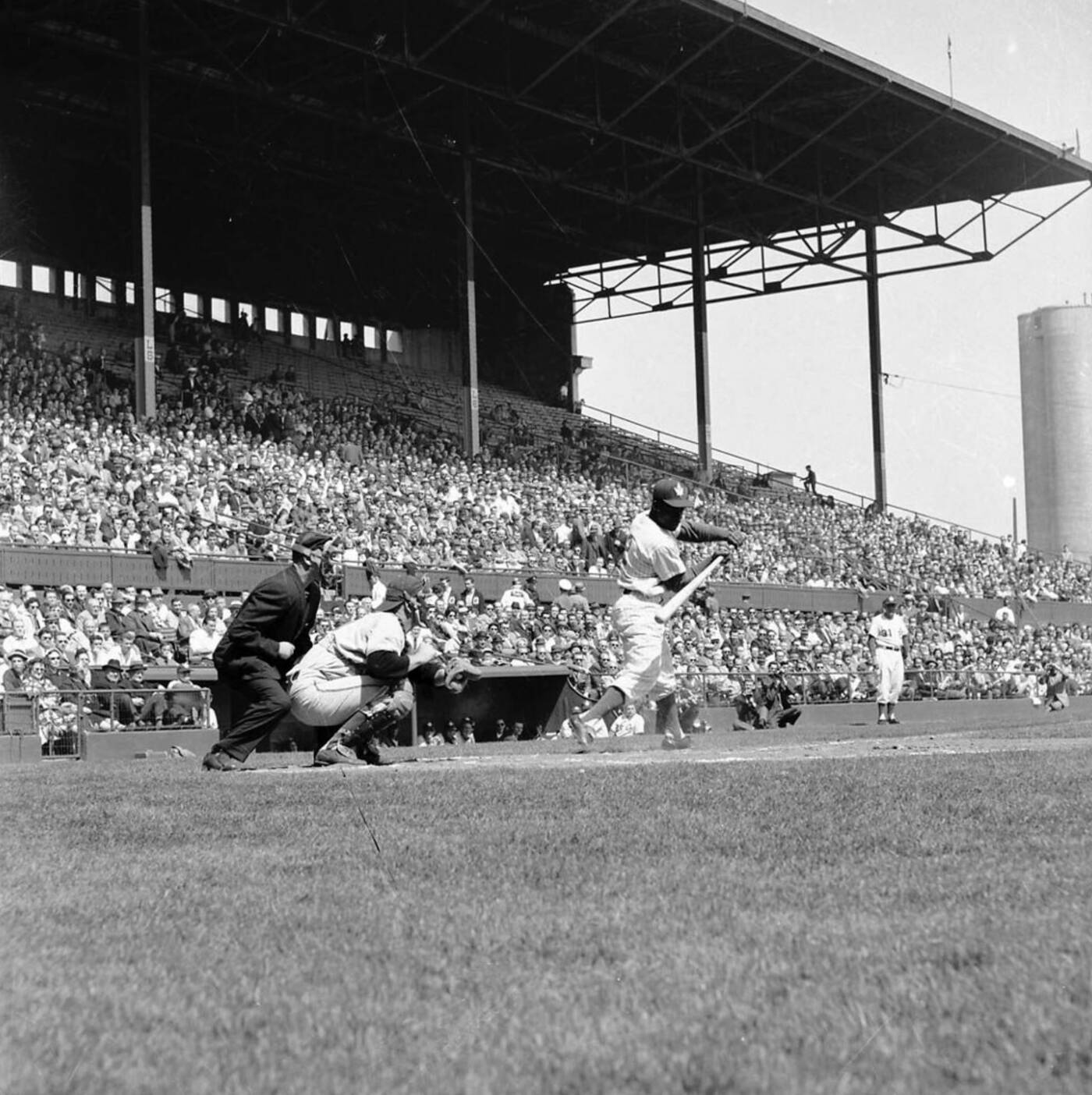 The game was played the next day, with 12,871 fans in attendance. The Queen’s Own Rifles were present to play God Save the King. Mayor Foster threw the first pitch to former Mayor Tommy Church. The game that had been cancelled on April 28th because of rain was held on May 1st, as part of a double-header.

During the 1950s, several times the attendance at Maple Leaf Stadium attracted more people than any of the major league stadiums of the day.

In 1959, I attended an evening game and won a Trans Canada Airline shoulder-bag. This was prior to the airline changing its name to Air Canada. 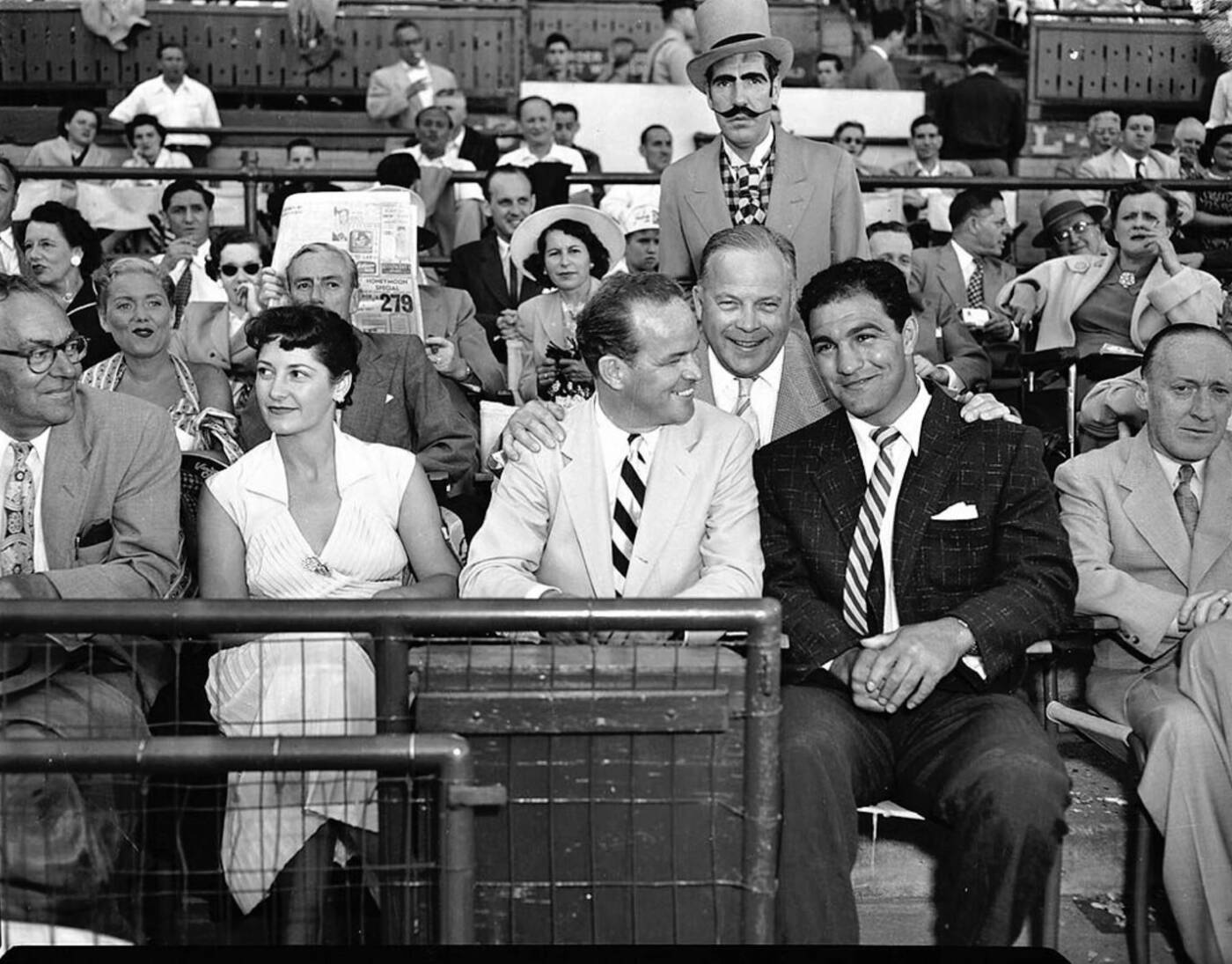 Jack Kent Cooke purchased the team in 1951. By this year, the stadium was in poor condition, as though it was owned by the Harbour Commission, its the upkeep was the financial responsibility of the team’s owner.

Cooke spent $57,000 renovating the stadium, and during the next few years, by employing many various promotional techniques and improving the team, the Maple Leafs prospered.

The new owners struggled, but to no avail as fans were discontented with the minor league, preferring a major league team. The Maple Leafs were sold to an American investor in 1968, who moved the team to Louisville Kentucky, where they became the Louisville Colonels.

Maple Leaf Stadium was now without a team and was demolished in 1968, the same year the team departed Toronto.

Doug Taylor was a teacher, historian, author and artist who wrote extensively about Toronto history on tayloronhistory.com. This article first appeared on his site on November 2, 2015 and has been republished here with the permission of his estate. The article has been modified slightly.