Long before the Rogers Centre and Exhibition Stadium, there was Sunlight Park, the city's very first professional baseball stadium located in Riverside.

The grounds at Queen Street East and Baseball Place now have something close to a baseball diamond again more than 100 years later, though no one will likely run any bases here. 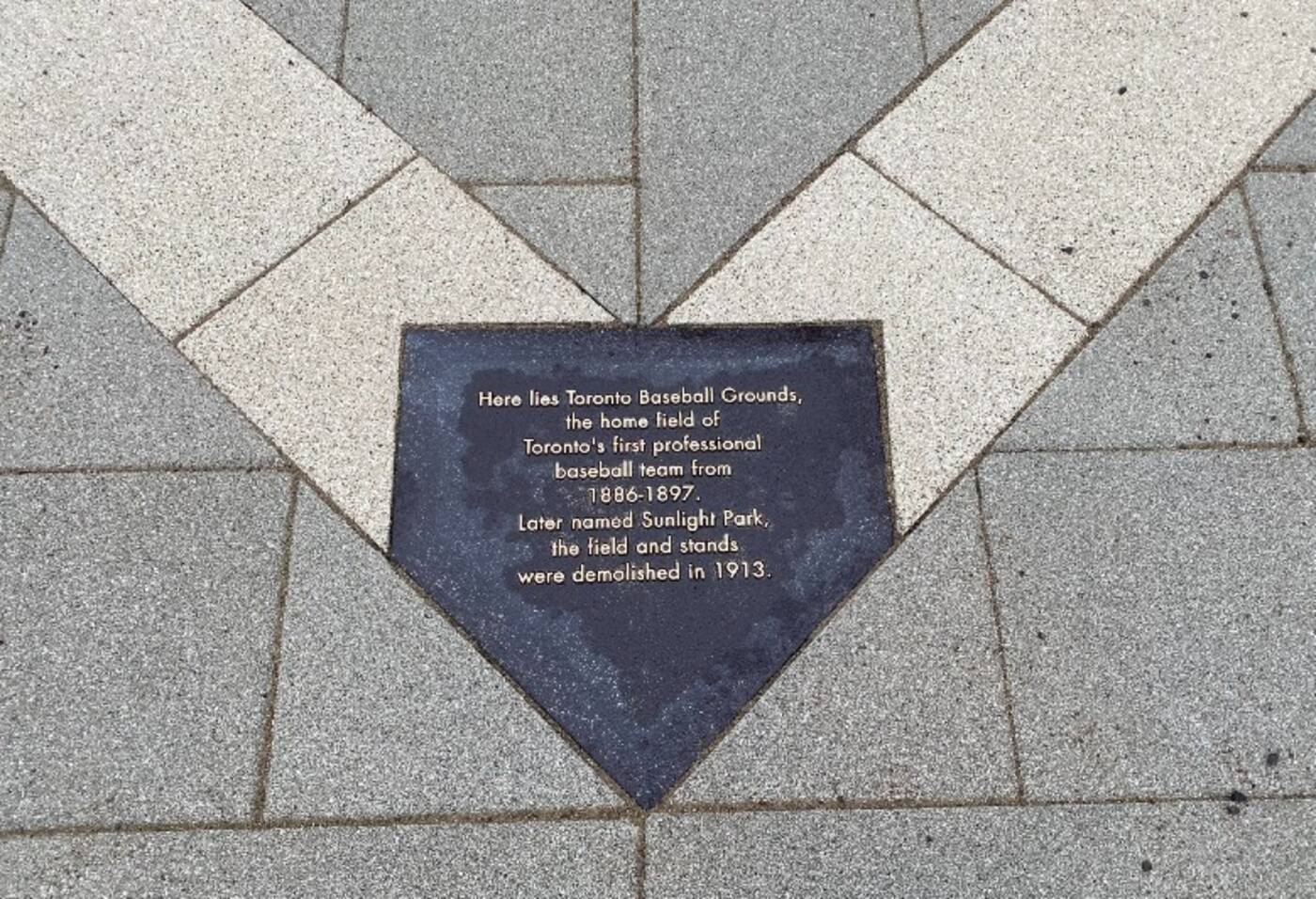 The ceramic square is called Riverside Park and was recently built as part of Riverside Square, an ongoing redevelopment project by Streetcar Developments that is set to be completed this coming spring.

The small diamond surrounded by a few benches and more than a few new condo buildings isn't exactly the park that some residents were expecting. 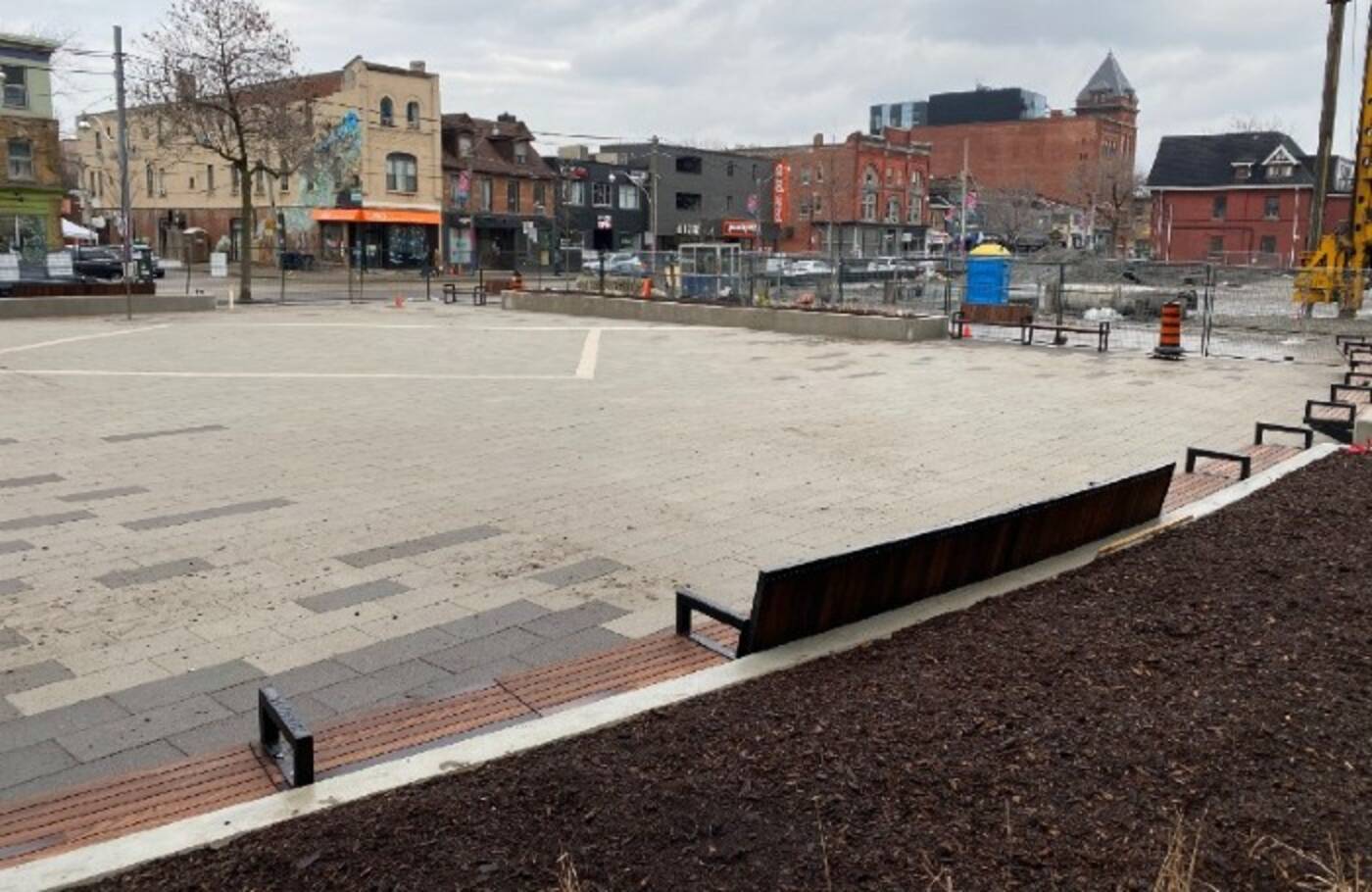 The park is part of the Riverside Square project that has been responsible for the redevelopment in the area for the last five years. Photo courtesy of HydroPavers.

It's still at least a small reminder of the prior glory of the baseball grounds that were once home to the area, though.

The baseball stadium was built in 1886 by the baseball team known as the Toronto Maple Leafs and cost around $7,000 to build. The all-wood structure stood four storeys tall and could seat about 2,750 spectators. 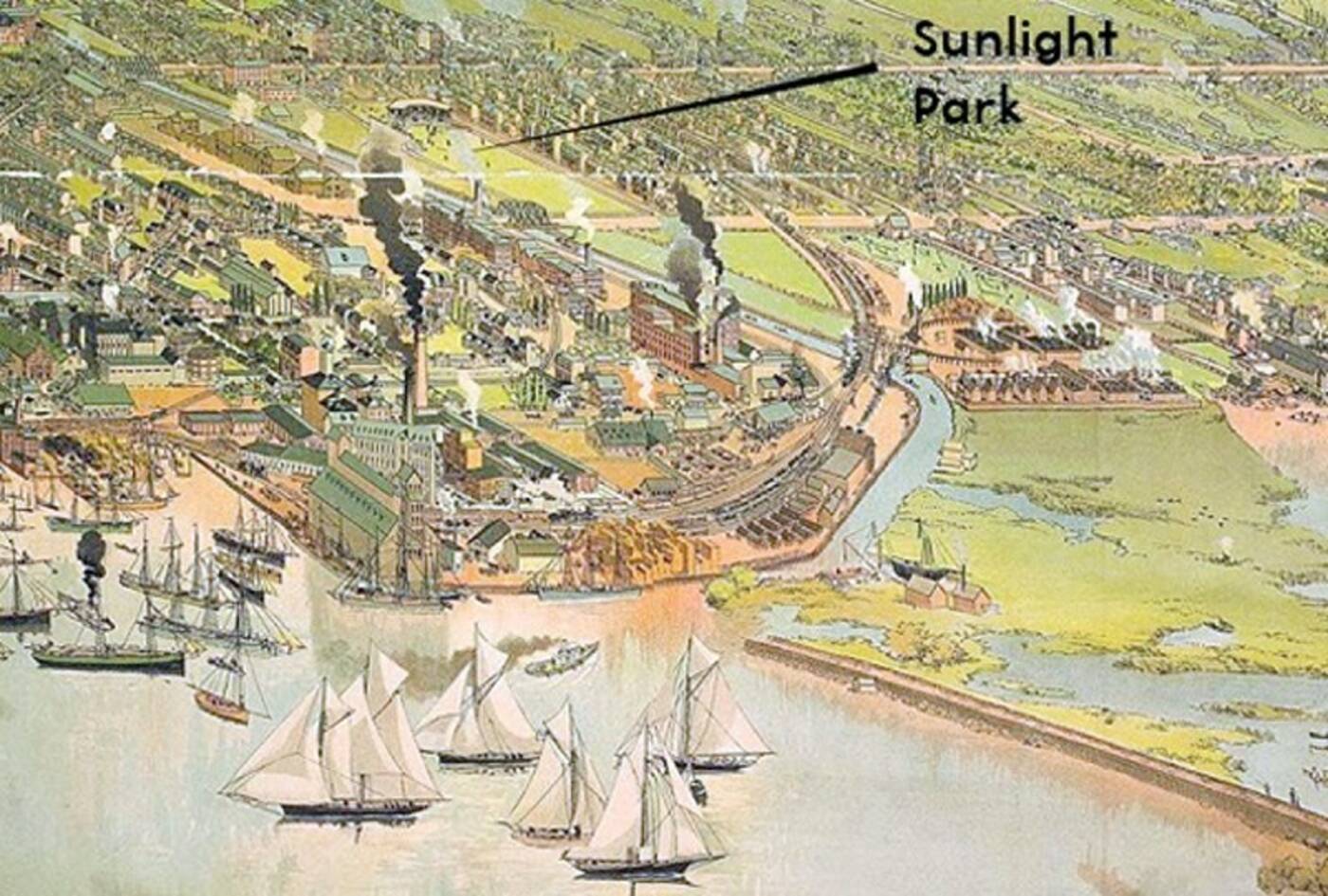 Sunlight Park was built in 1886 and was later demolished in 1913 for commercial development. Photo courtesy of HydroPavers.

Initially known as the Toronto Baseball Grounds, it was later called Sunlight Park after the Sunlight Soap factory that was built nearby just south of Eastern Avenue.

The stadium hosted the city's first professional baseball championship in 1887 and saw crowds of fans through the 1890s until it was demolished in 1913 for commercial development.