If you've visited Medieval Times as a kid, you'll know that walking into the arena as an adult is comfortably nostalgic. The air smells faintly of horse stable and rotisserie chicken and the tiered seating is outfitted in the colours of six Knights of the Realm that will compete for the King's honour. Once you don the paper hat, you've effectively given yourself over to the revelry that is to unfold. 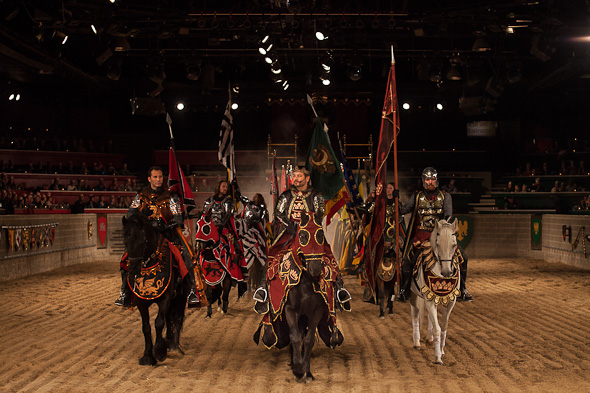 It had been about fifteen years since I first experienced the dinner and tournament and despite a proclamation announcing a new show, not much has changed. The horses are as majestic as ever, yet the performances are parroted and rote. The tournament features the same formulaic certainty that doesn't reach an exciting pitch until the final act. 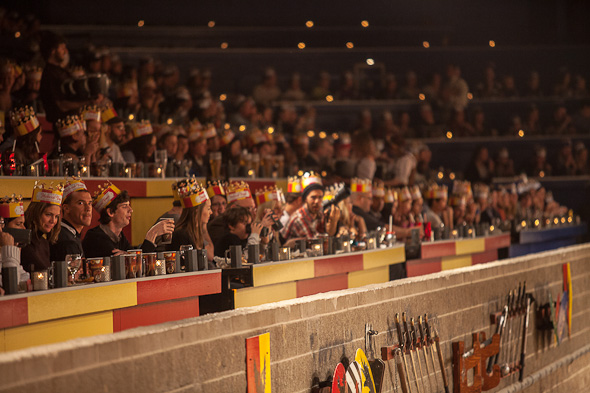 Each knight is paired with a section of the audience for competition through a series of challenges. After a collection of scenes (hooking rings on lances, striking a bullseye), the tournament climaxes in jousts and hand-to-hand combat that determine an ultimate winner. Alongside the King's tournament, there is a minor subplot which introduces an outside visitor who threatens to steal the throne. 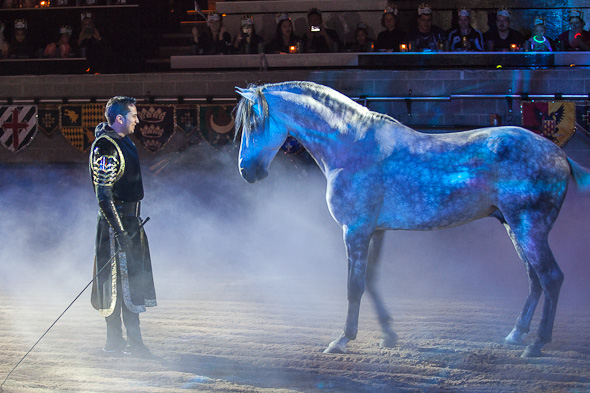 You have to look hard to identify the new elements scattered throughout. The opening sequence, which features a Liberty Horse performing without rider, emphasizes the beauty of the animals â it's a fitting new start. But while the lighting certainly has been given an upgrade, the new score and costumes don't make quite the same impression. 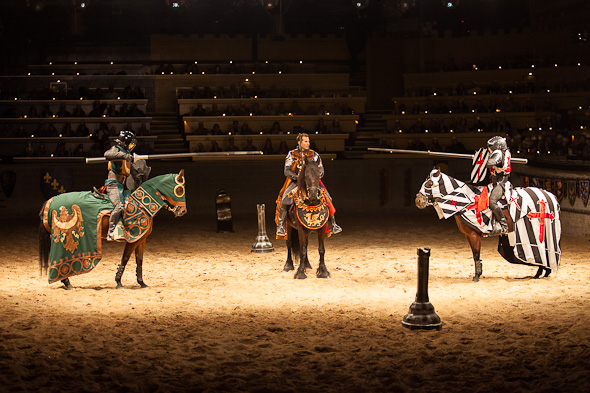 What is done well are the choreographed jousting and battle scenes that determine the triumphant household. The fairly pedestrian challenges that build up to this final display cannot help but fall in the shadow of these energetic fight scenes. Evidently, this is where the most attention has been paid. Audiences have been thrown more action and more violence. 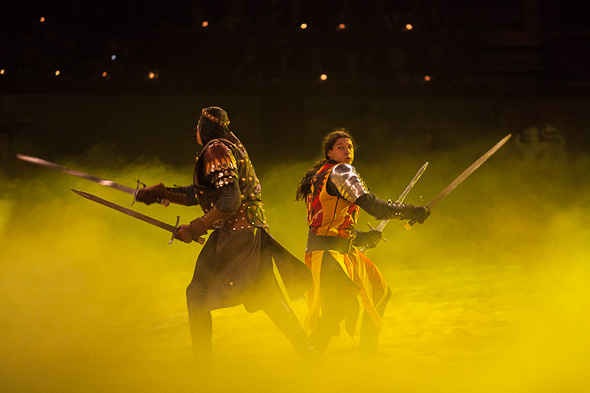 It's a little disappointing that, given the recent popularity of Games of Thrones, the tournament wasn't completely overhauled in favour of a narratively driven show, rich in story and detail. Audiences can handle a presentation more challenging than the current "back to basics" format, with its cardboard-cutout knights. That said, the popular entertainment feels more like a sporting event, with its mentions of birthdays and visiting groups, rather than theatre. 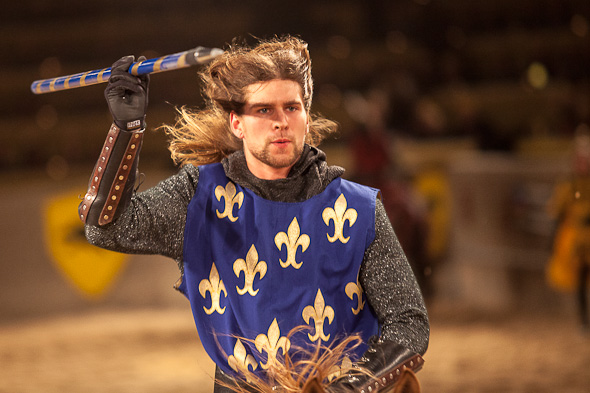 The environment is similar to what you'd expect, complete with wenches who promise to deliver dragon's blood alongside your sodium-heavy chicken and ribs. It's undeniably fun to eat with your hands, and they're generous enough to provide some non-period hand wipes.

Action and sport, rather than narrative and nuance, reign supreme in the newest form of dinner and tournament at Medieval Times. 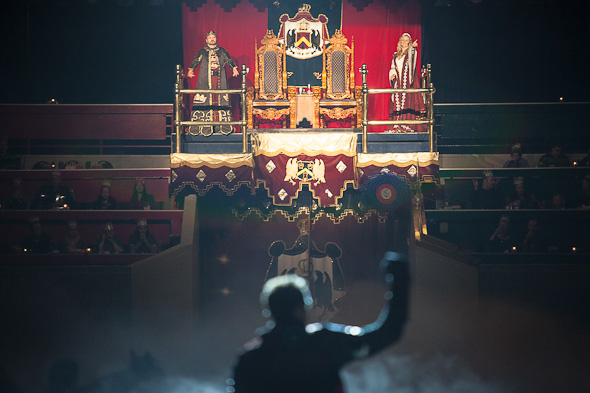