You've probably spotted the simple, yet inspiring French message once or twice around the city of Toronto. Written in cursive, it translates to "anything is possible," and has been popping up around the city since 2011, possibly even earlier.

Longtime Toronto resident, Matthew Richardson has been seeing the uplifting graffiti tags for a few years now while journeying around the city on his bike. 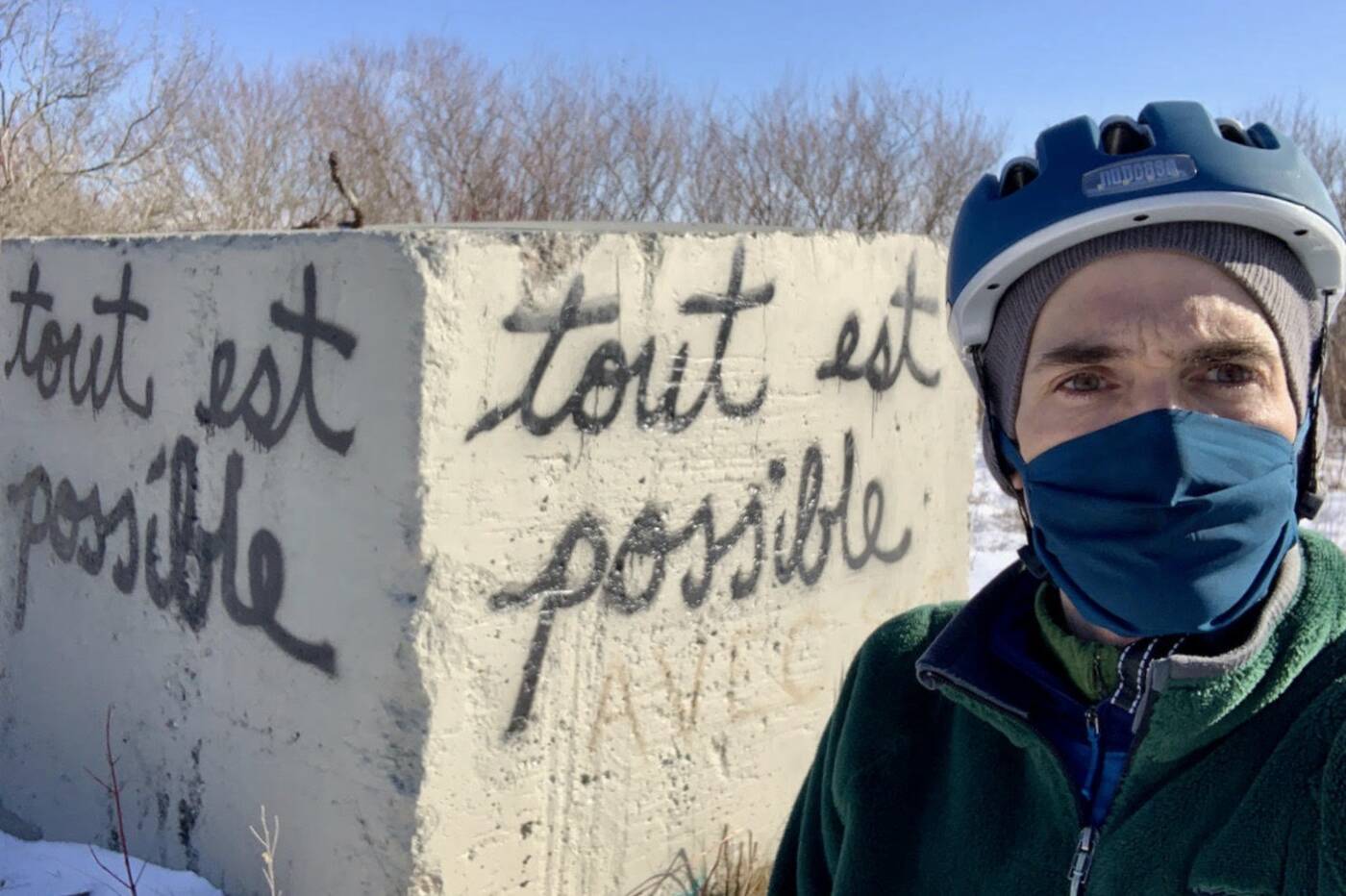 Richardson posing in front of the graffiti tag found at Belleville Underpass along the Don River Trail.

This past weekend, he decided to visit as many locations as he could for his 48th birthday.

"I think like most people, I saw them, knew they existed and never really thought much more about them," Richardson told blogTO. "Until a couple of weeks ago I was inspired to link them all as a birthday project."

Richardson took to the Cycling Toronto group on Facebook to see if anyone knew of other locations besides the ones that he could think of, ending up with a list of 20 different spots.

Apparently, there used to be even more a few months ago before the city painted over the tags that were once located at Sherwood Park, Spadina Bridge over Nordheimer Ravine, and the Elevated Wetlands in the Taylor Creek Park.

On Feb. 14, Richardson started the 49-kilometre-ride with his wife and kids from their home in Midtown, heading first to Nordheimer Ravine, through Forest Hill, and down the Belt Line before heading back to their home to break for lunch. 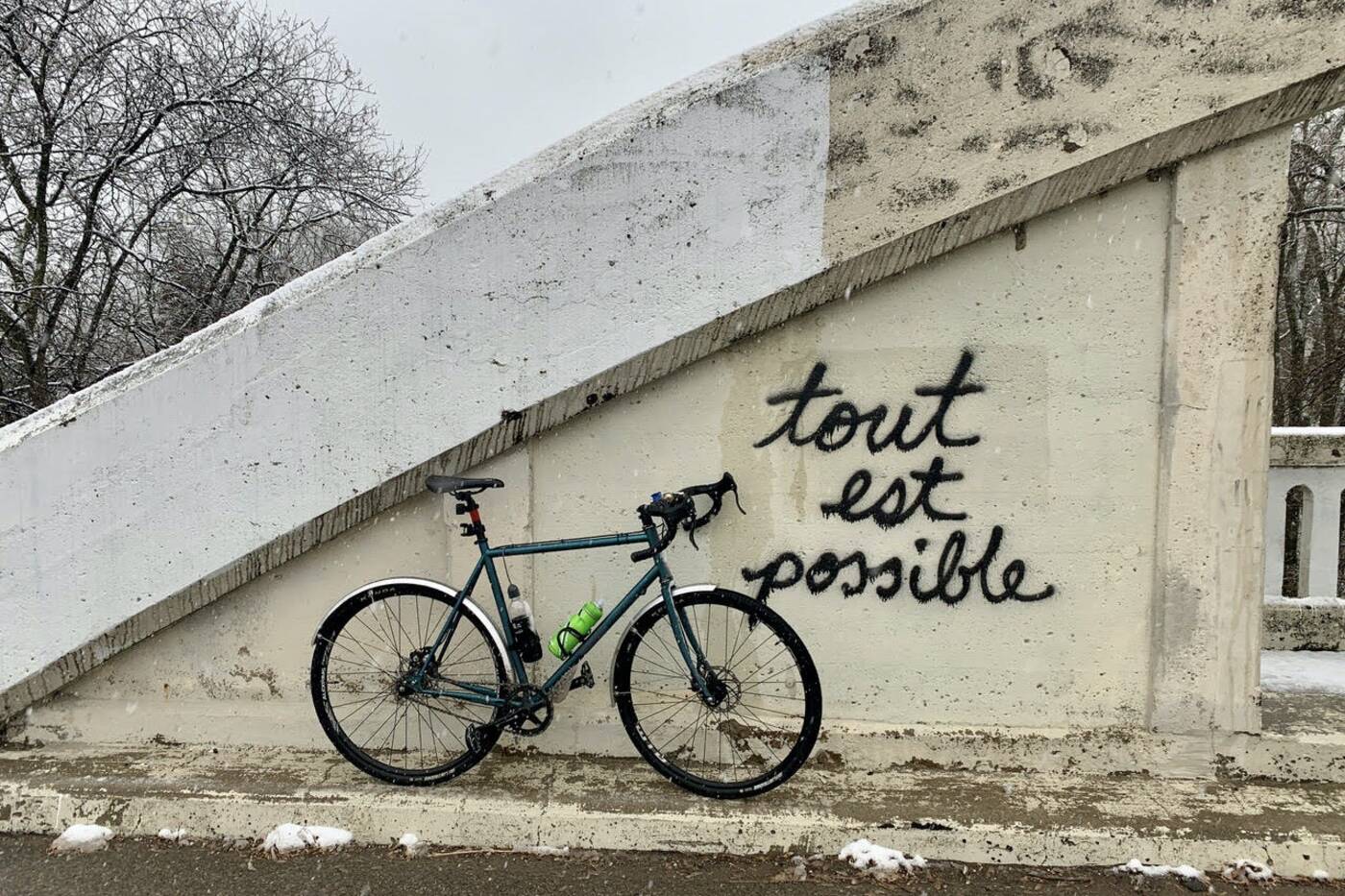 The bike ride was 49 kilometres in total and Richardson visited 20 different locations of the graffiti tag around the city.

He took on the second half of the tour with his wife and a few cycling friends heading across the Danforth, down Greenwood to Leslie Street Spit, up the Don River Trail to the Brickworks, and then up past Yellow Creek before heading home.

"It's a bit like hunting for Easter eggs, they're not all completely obvious and when you see one it's like, 'There's another one,'" Richardson says.

"Having looked at all them, I find when I'm riding around now I'm thinking of places where I'd be likely to see them and I'm keeping my eye out even in areas where I've ridden lots of times before."

Little is known of the person behind the tags, but Richardson says he can make some speculations. 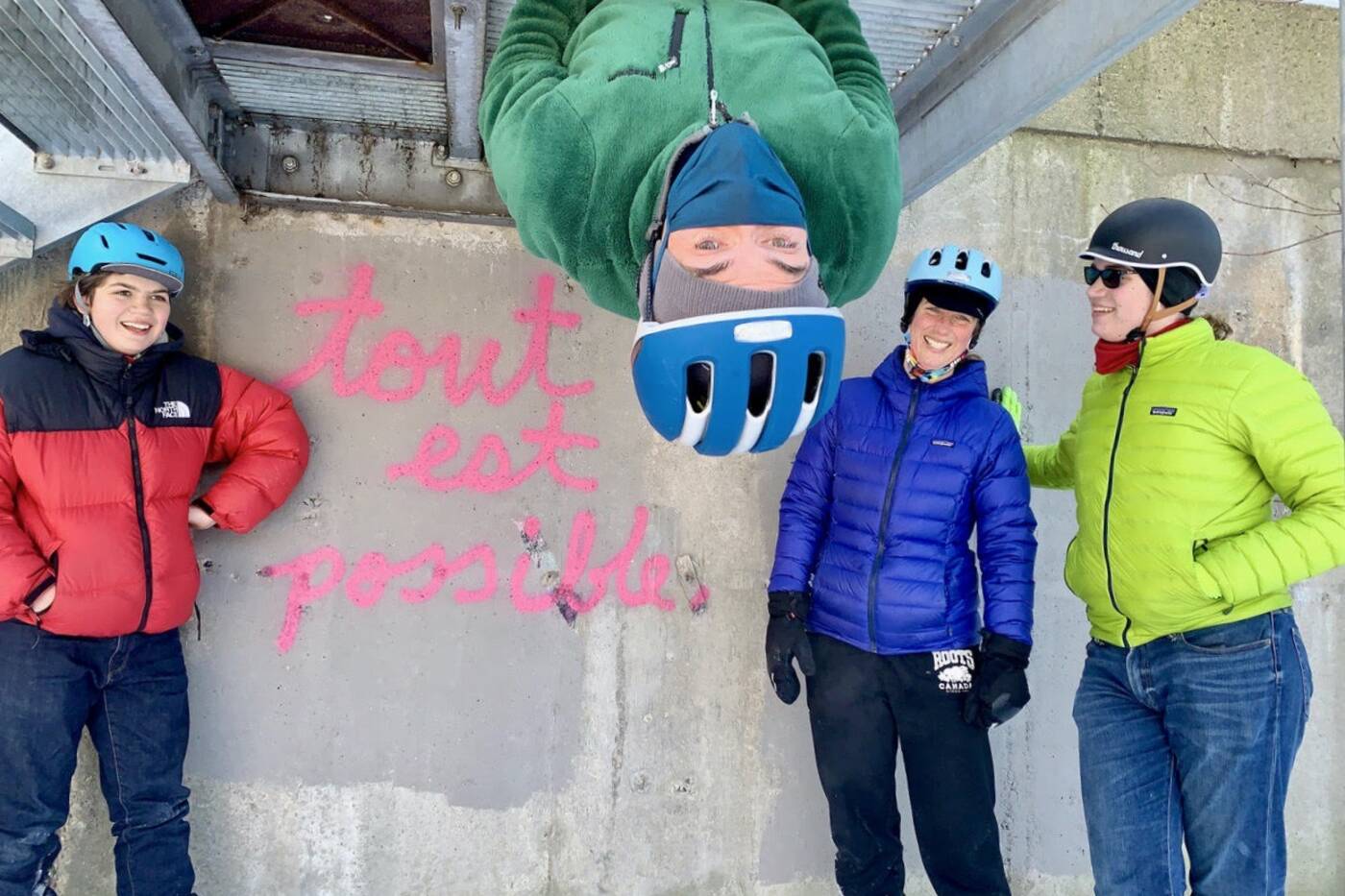 Richardson with his wife, Robin, and two of his three kids at one of the graffiti tags along the Belt Line.

"Apparently even known graffiti artists claim to not know who's behind the tags," he says.

"I know they've been doing it for at least 10 years, and given the locations of where they've tagged, I have a pretty good idea of the general part of Toronto they live in and how they get around the city. They're all in locations where you either have to walk or ride to get to."

Although there's no one to personally thank, Richardson appreciates the message that's seemingly been painted as a friendly reminder to those around the city.

"Every time I see one of the tags it makes me smile in the same way that riding my bike does," he says.

"I really like the message that anything is possible, especially with everything that's going on around the planet right now with COVID, and climate change and lockdowns. I find that sort of reminder inspiring."