Nordheimer Ravine and Sir Winston Churchill Park in the affluent neighbourhood of South Hill leave so much to be explored. The green spaces are home to some hidden, yet important, parts of Toronto. 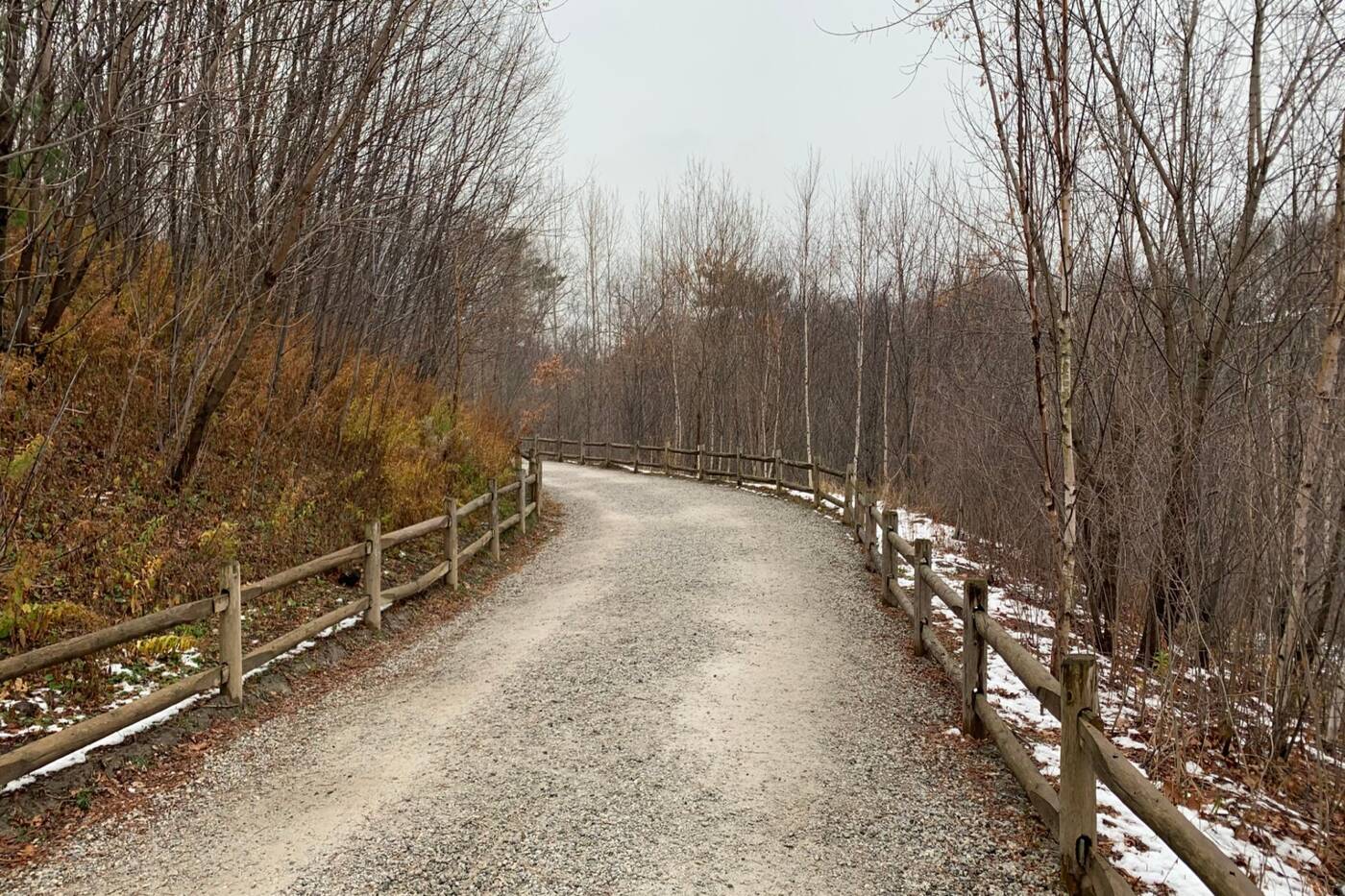 Nordheimer Ravine can be entered at the corner of St. Clair Avenue and Wells Hill Avenue just steps from the St. Clair West subway station and across the street from the Loblaws. 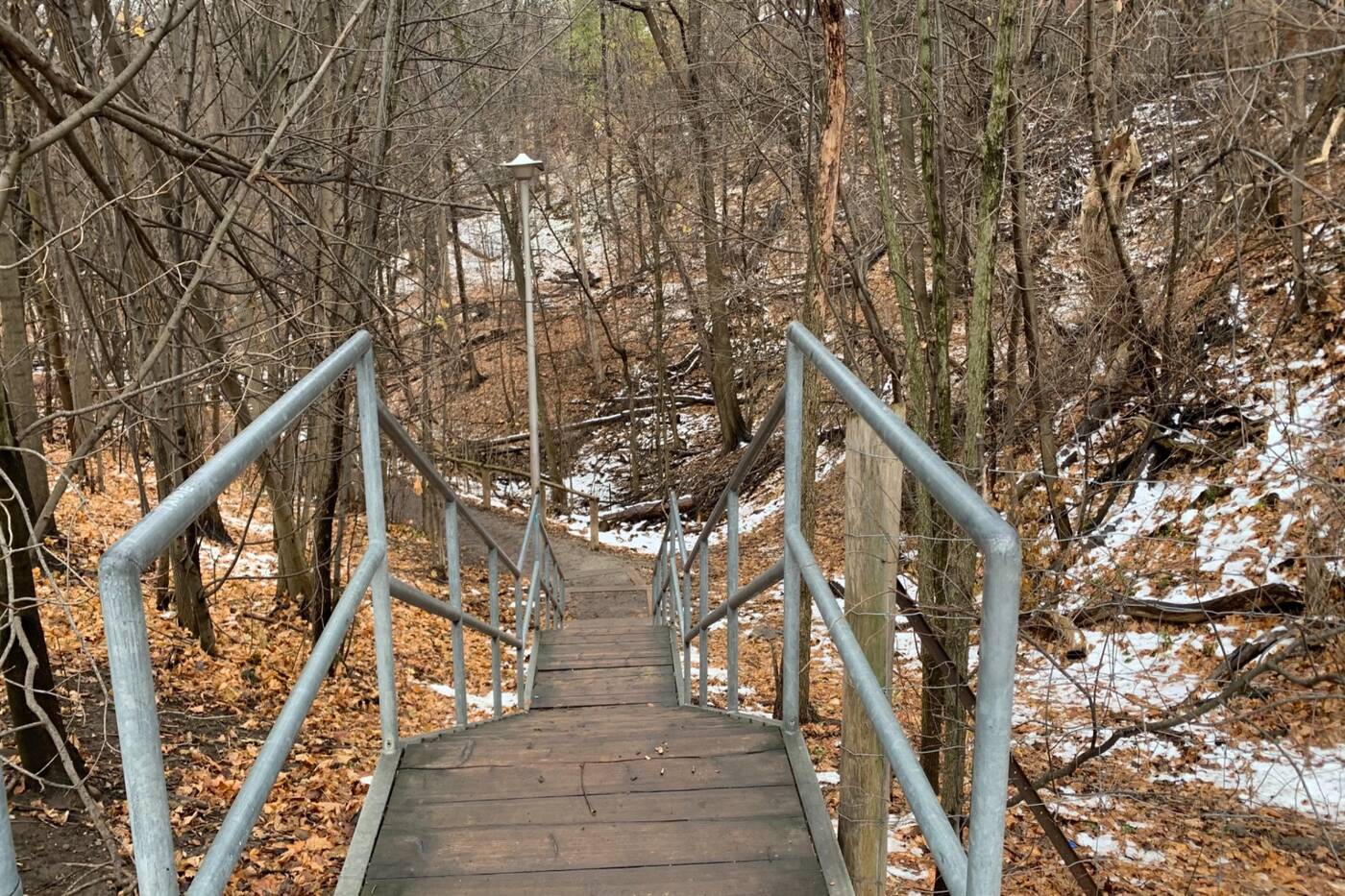 A staircase leads you down into the ravine right outside St. Clair West subway station.

The trail quickly swoops deep into the forest and spans 1.5 kilometres, passing some mysterious TTC infrastructure along the way. 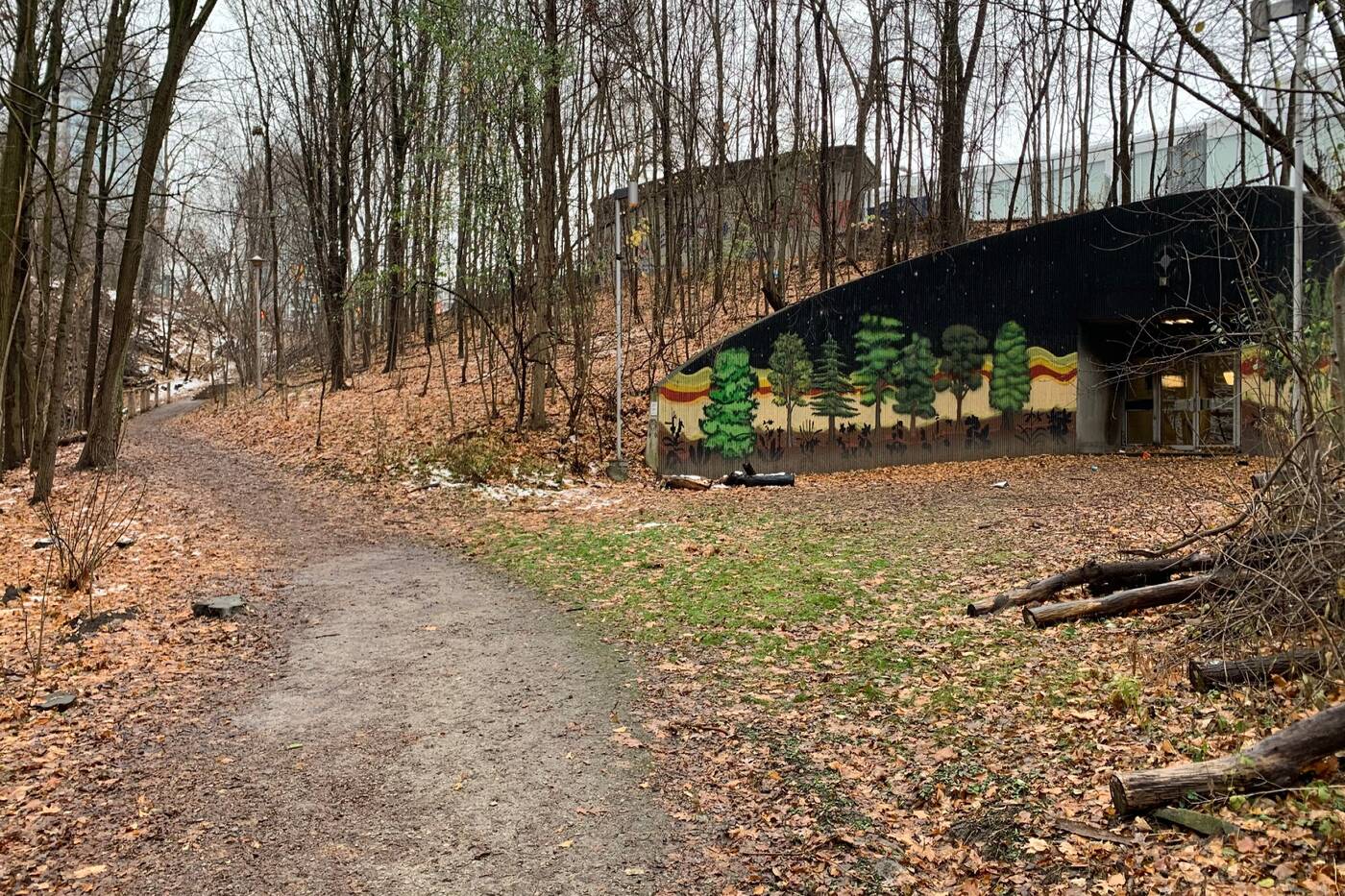 You won't have to go deep into the woods to see the painted subway exit situated at the start of the trail.

Close to the trailhead, you’ll see an emergency exit to the subway which contrasts quite nicely with the surrounding natural environment of the ravine.

Artist Paula"Bomba" Gonzalez-Ossa, along with Na-Me-Res Sagatay Native Men's Residence, was commissioned by the City of Toronto and the TTC to paint the mural which depicts trees and medicinal plants that have existed in Ontario for centuries. 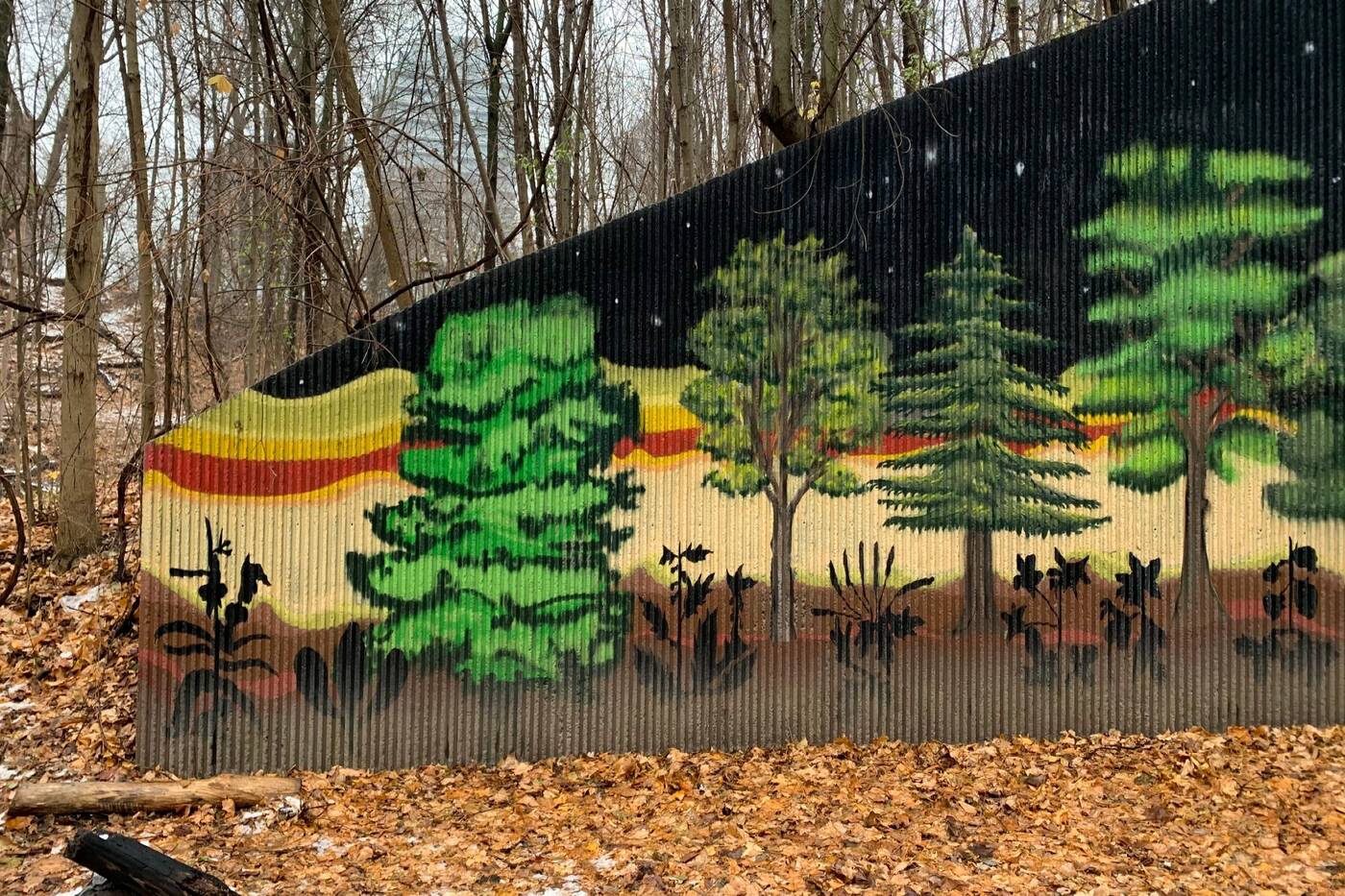 The TTC entrance makes for some captivating artwork in the middle of the forest.

Another piece of TTC infrastructure that can be found along the ravine trails is the emergency exit which played an important part in rescue operations after two full subway trains collided in 1995. 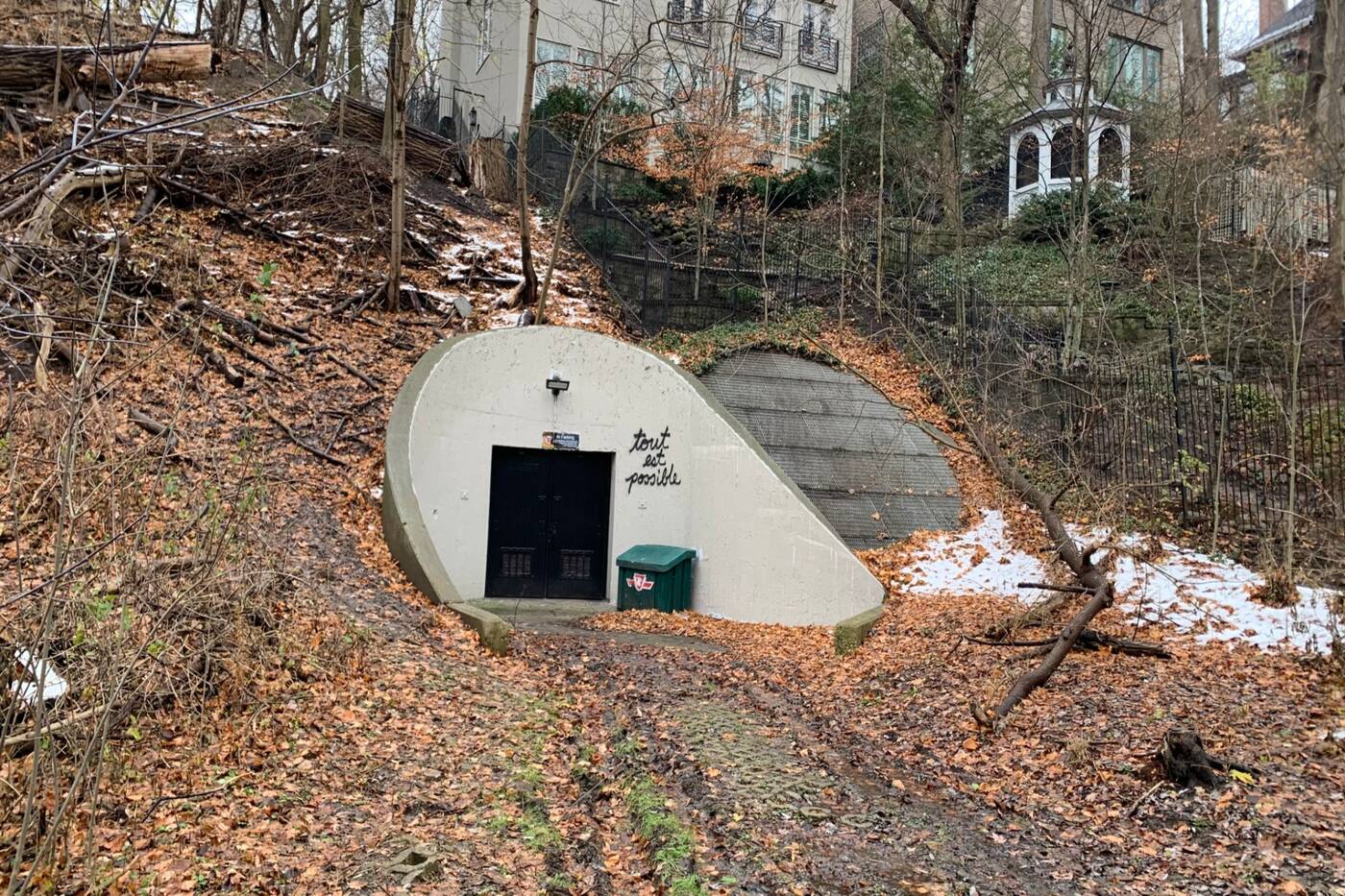 Once you reach the overpass with a strong political message, you've hit Sir Winston Churchill Park. If you’ve been here before you may have taken advantage of the tennis courts, off-leash dog park or the various walking paths. 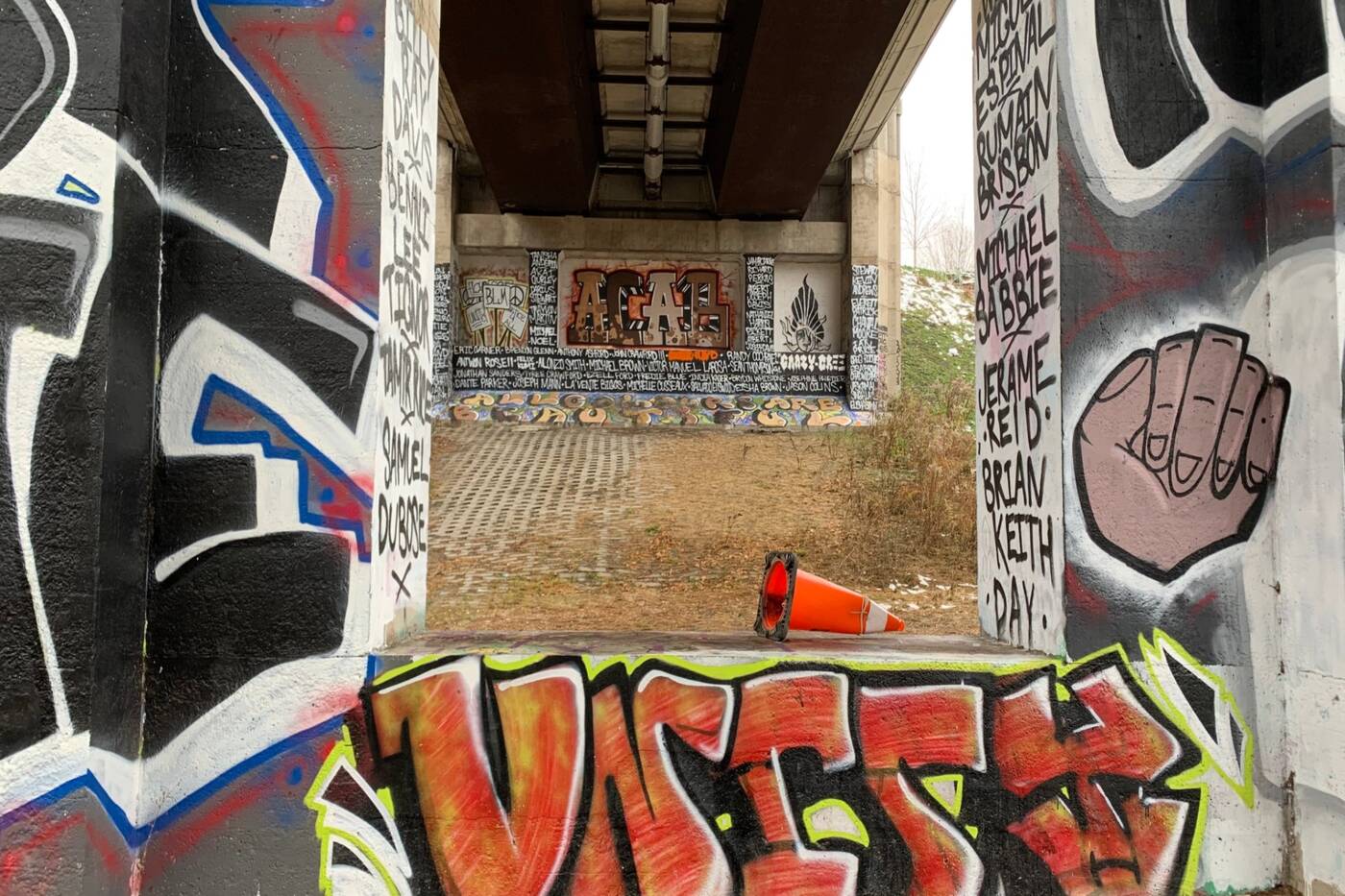 But you may have not known that over 250 million litres of water lie just a metre beneath the surface in the St. Clair Reservoir. 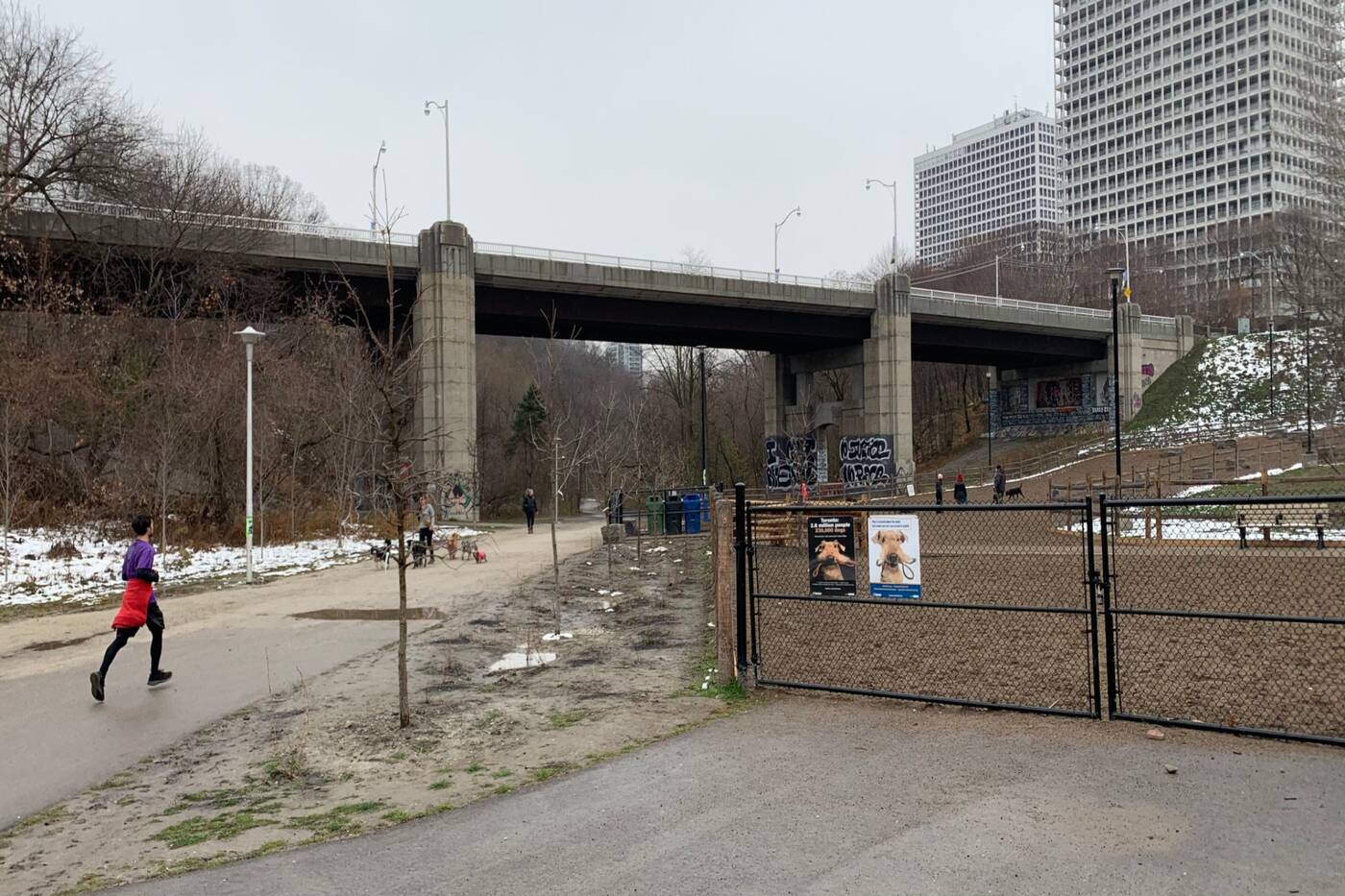 Dog walkers, joggers, and casual hikers out for a stroll all frequent the park.

Completed in 1931, the reservoir holds enough water to last the whole city three weeks of average use and is used by the surrounding community every day. 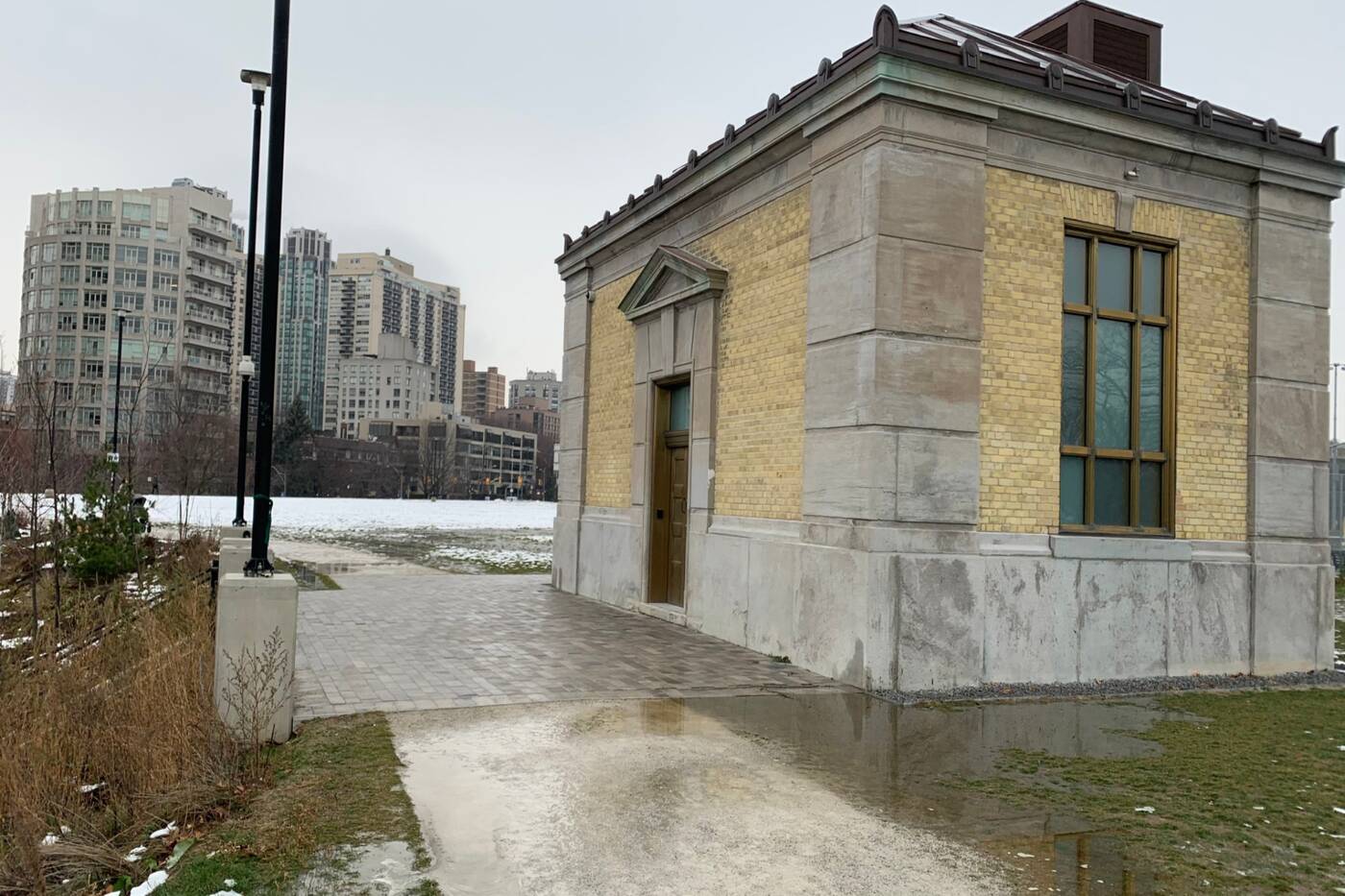 The historic valve house looks down over the park.

The only thing that hints at the reservoir’s existence in the park, however, is the historic valve house and pipe tunnel portal, connected by a grand staircase and located at the south end of the park. 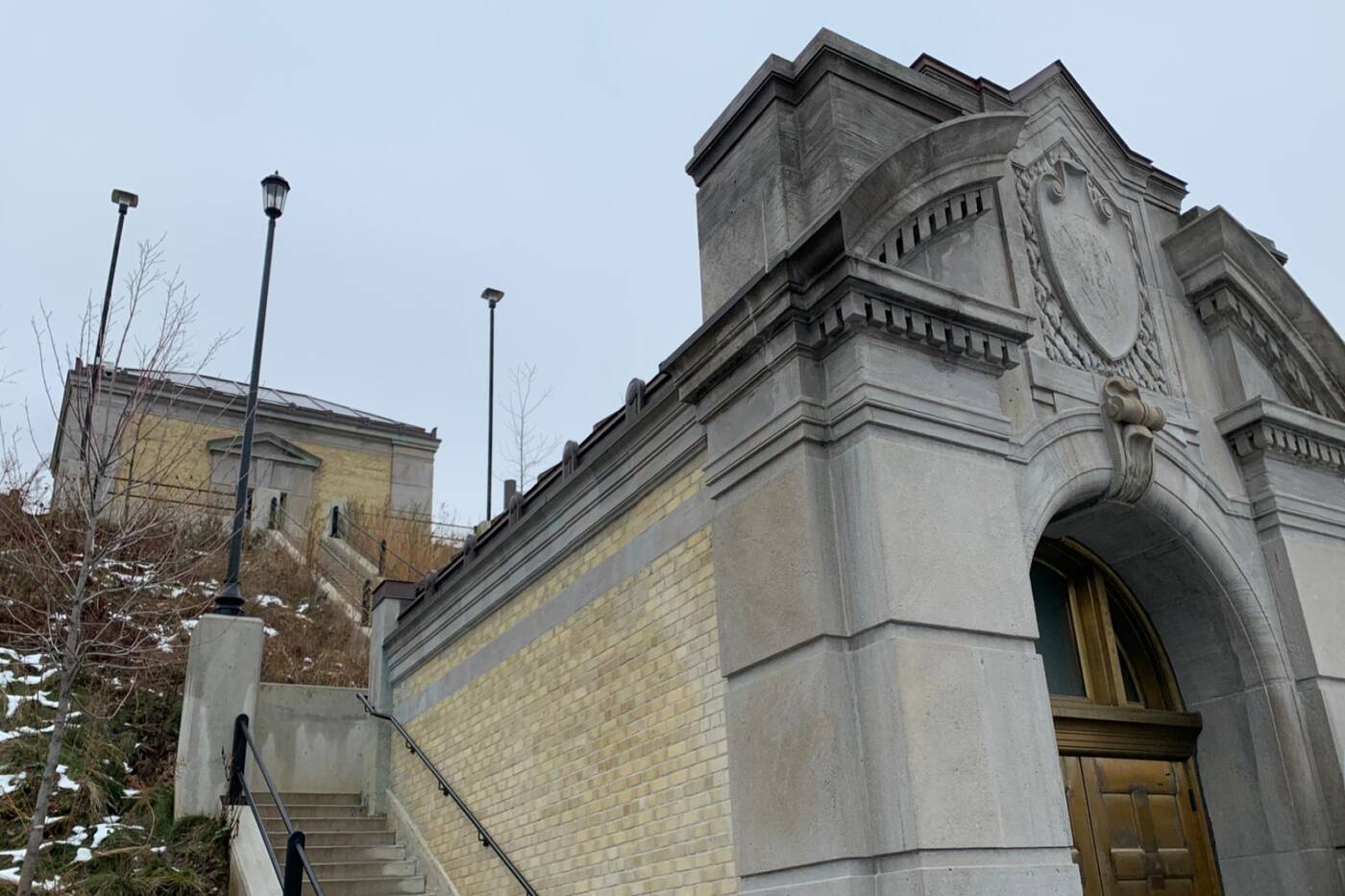 The valve house and stone-faced pipe tunnel portal on the lower ground resemble something like a palace.

If you climb the stairs, you’ll be rewarded with a pretty incredible view of the park, the surrounding paths and the Spadina Road Bridge stretching out across the grounds.

On a clear day, you’ll even be able to spot the CN Tower peeping out of the skyline to your left. 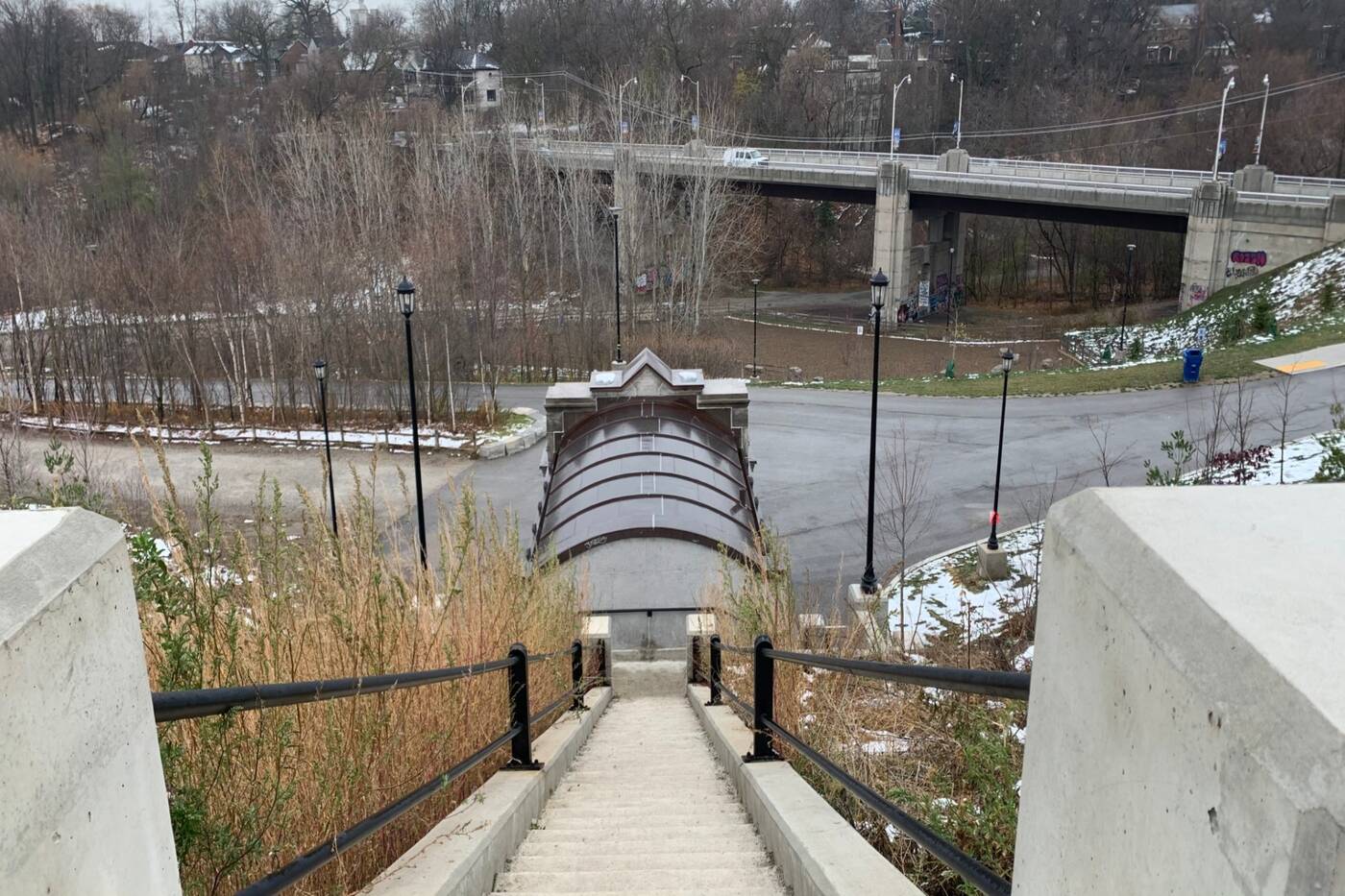 Enjoy panoramic views of the surrounding area at the top of the tall staircase.

From here you can continue down the walking path another while till you reach Boulton Drive where the trail ends, passing some beautiful Forest Hill homes on the way. 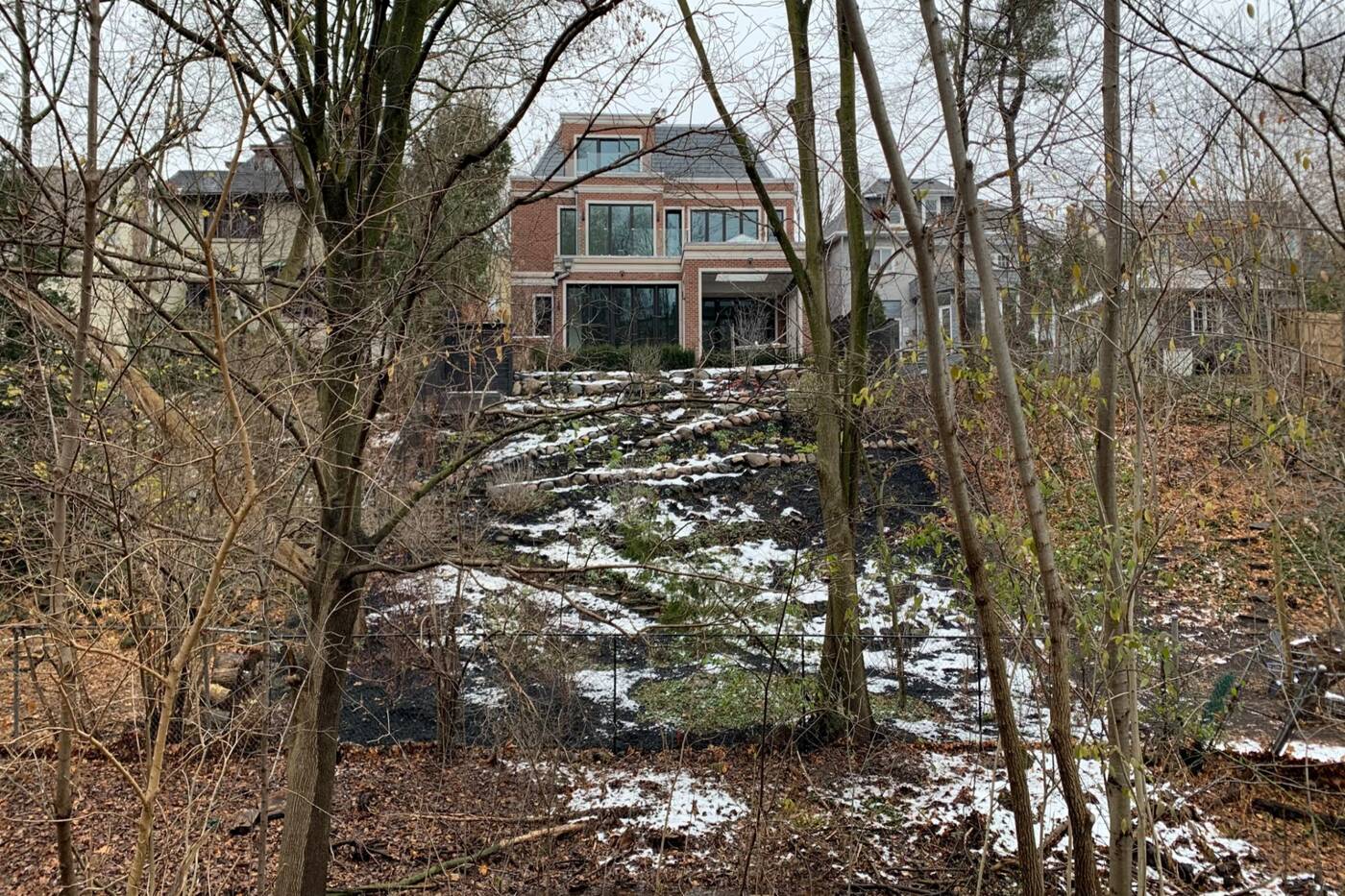