Two people have been arrested and charged under the criminal code for offences related to the theft of Wayne Gretzky sports memorabilia following a three-month investigation by police.

The Brantford Police Service (BPS) conducted a joint investigation with the Ontario Provincial Police (OPP) and the Royal Canadian Mounted Police (RCMP) after members of the Gretzky family reported that various pieces of Wayne Gretzky sports memorabilia had gone missing from the home of Walter Gretzky, Wayne's father, back in August.

"An investigation was entered into and it was quickly discovered that several of the missing items had likely been sold to various collectors across Canada," reads a news release from police. 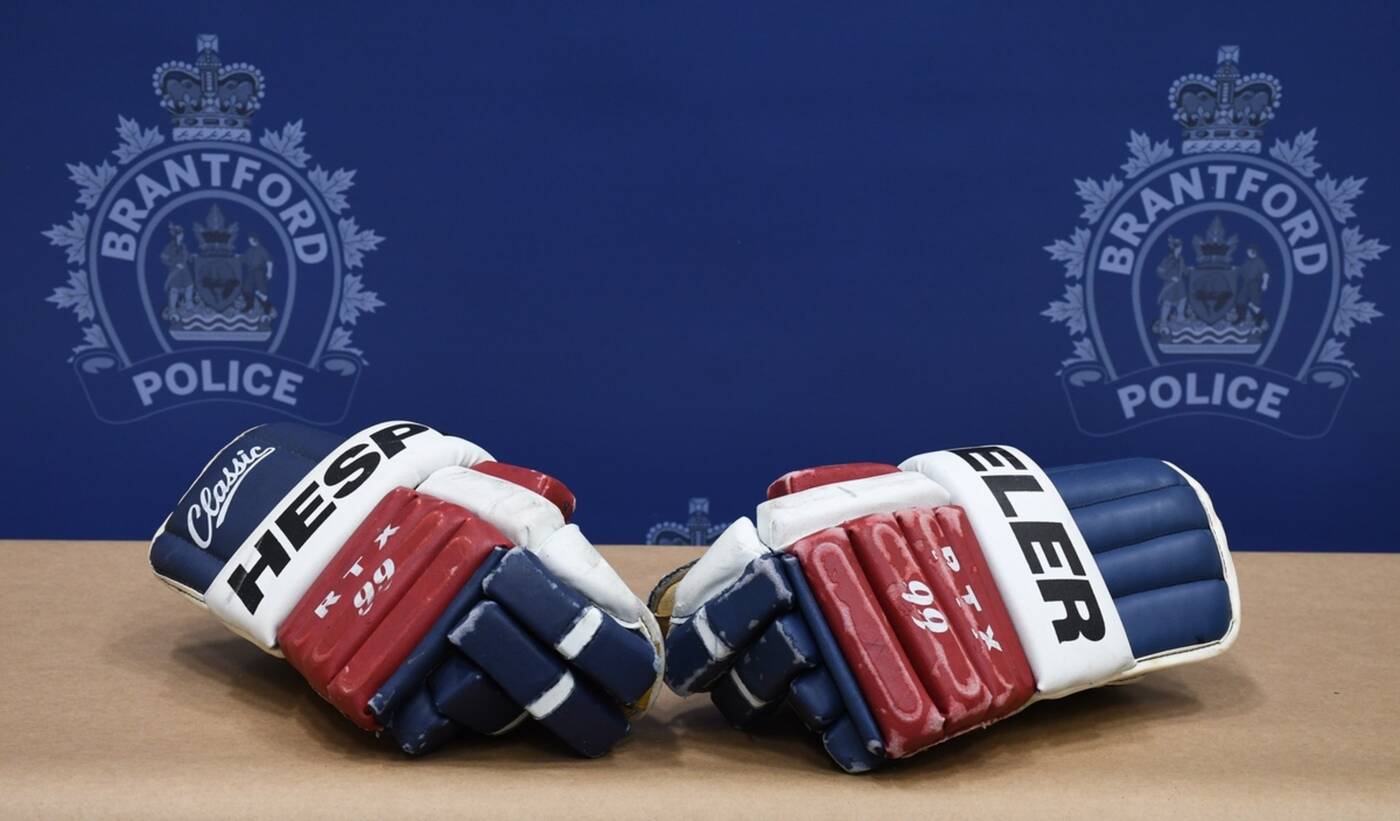 Wayne Gretzky's gloves after being recovered by police.

Following a three-month investigation, police were able to identify specific residences where the stolen property was believed to be located, and officers with BPS, OPP and RCMP, with assistance from the Halton Regional Police Service, executed search warrants at five homes across Ontario and Alberta on Dec. 8.

As a result of the search warrants, police were able to recover various items of Wayne Gretzky sports memorabilia, including multiple game-used sticks, hockey gloves, pants, jerseys and a Player-of-the-Year award. 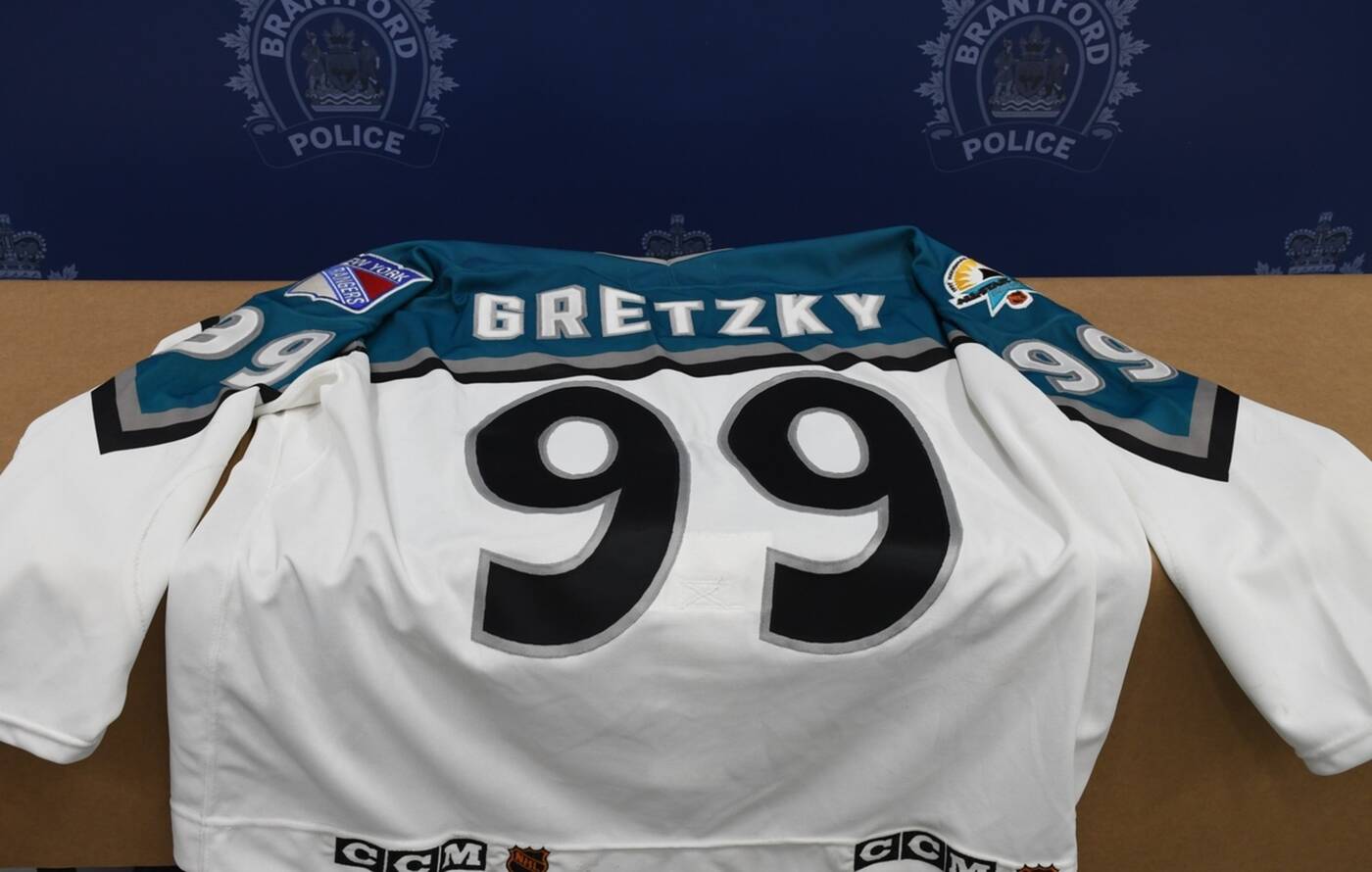 The back of Wayne Gretzky's Eastern NHL jersey.

Police say the estimated value of the recovered property is more than $500,000 USD.

During the investigation, police also uncovered a second suspect who is believed to have committed fraud involving a Gretzky hockey stick in a case unrelated to the initial investigation. 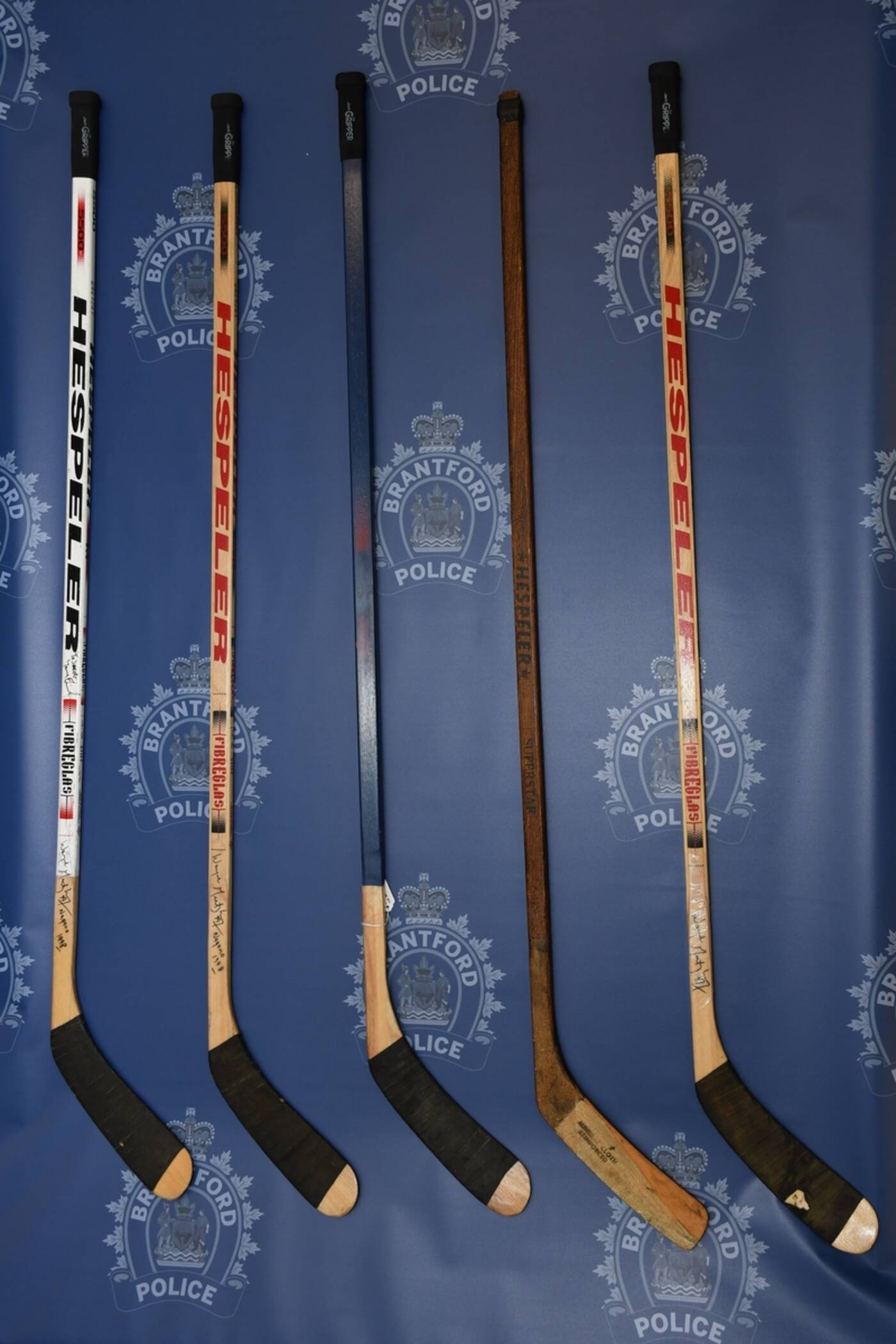 Five of Wayne Gretzky's hockey sticks that were uncovered by police.

According to CTV News, the individual is actually a senior OPP officer from eastern Ontario.

June Dobson, the Detachment Commander of the Grenville OPP, is being charged with Fraud Over $5,000 and Breach of Trust.

And, as a result of the first investigation, a 58 year-old-male from Oakville has been charged with Theft Over $5,000 and Possession Over $5,000. 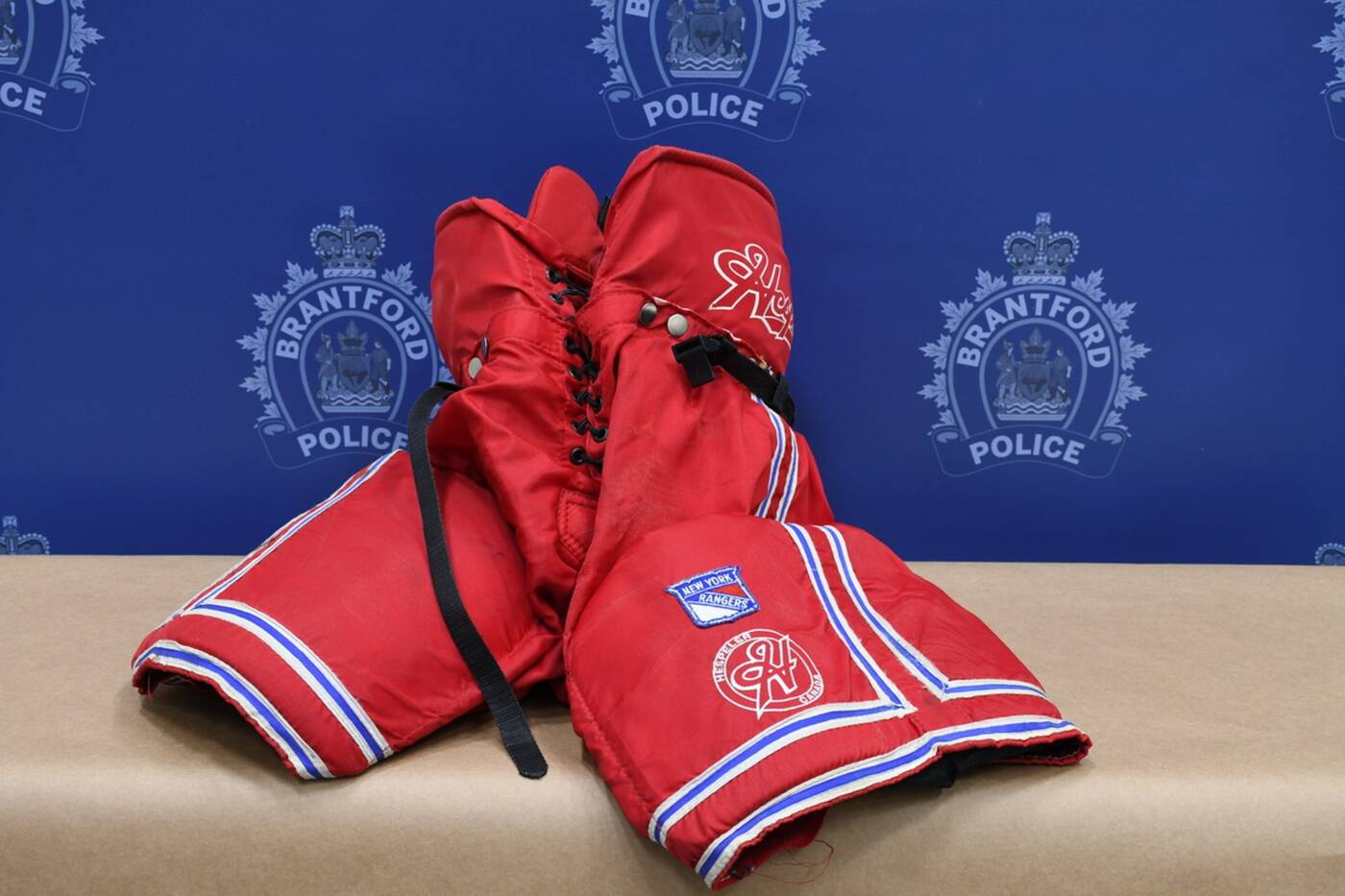 Wayne Gretzky's hockey pants that were uncovered by police.

"On behalf of our family, I would like to thank the Brantford Police Service, the Ontario Provincial Police, and the Royal Canadian Mounted Police for everything they have done regarding this investigation," said Glen Gretzky, a representative of the Gretzky Family, in a statement.

"I would like to sincerely thank every member of the team; the professionalism, dedication and support they have shown has been greatly appreciated."