For the past few months, cyclists on flashy LED-lit bicycles with techno-bumping speakers have been taking to Toronto's streets in the night.

These rave bikers — part of a group called the Neon Riders — hit the road once a week in the fall, usually on a Wednesday or Thursday night.

They're like a mesmerizing mob of trippy rave lights on wheels. Starting at Nathan Phillips Square, the group takes off, sometimes with as many as 30 riders. Routes stay within the GTA but vary every time, and last up to three hours.

According to Neon Riders organizer Steve D'Silva, it's a great way to "forget about the gloom of the pandemic."

"There are a lot of regulars like myself who have spent a lot of time and effort blinging out their bikes with very, very fancy LED lighting and/or sound systems," says D'Silva, who's been cycling around the city for the past three years.

"But we also get more casual riders without any fancy lights or sound systems who just ride with us and enjoy the excitement and atmosphere that comes with belonging to such a spectacle."

D'Silva says he was first introduced to rave biking through the original weekly ride group Toronto Cruisers, which organizes nighttime bike rides in the summer.

The Toronto Cruisers' season runs from May through August, so D'Silva created Neon Riders last year to keep the tradition going from September into the colder months, until gets too snowy or frigid to ride. 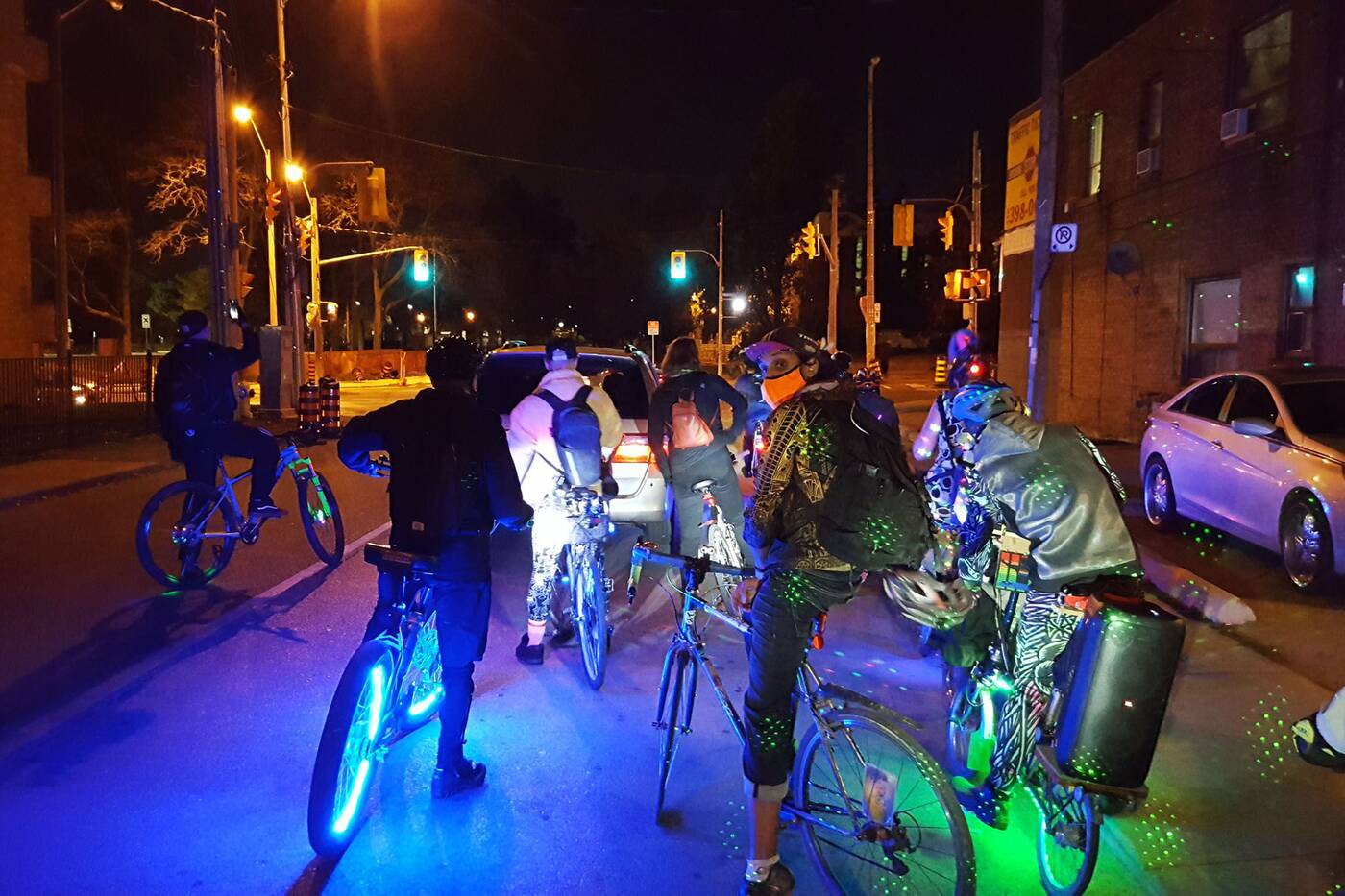 The Neon Riders have been hitting the street since September with souped up bikes and speakers. Photo via Steve D'Silva.

Since the pandemic, the Neon Riders have gone on more than 30 nighttime rides. D'Silva says there's been an increase in interest from casual riders over the past few months.

The flashy group has even had strangers join their ride midway after seeing them ride by.

"Even before the pandemic, onlookers would cheer us on," says D'Silva. "But especially now I find for a lot of onlookers, seeing us ride by with our lights and music is really uplifting and they are not afraid to let us know."