With strict social gathering limits in place across Ontario and bars closed in hot spot regions like Toronto, Halloween enthusiasts are being forced to get creative with how they celebrate spooky season.

From candy chutes to virtual parties, the options go well beyond taking photos of your costume for Insta and watching scary movies at home.

Few things have emerged in the city to date, however, that feel quite as appropriate for 2020 as paddleboarding in full costume along the shores of Lake Ontario. 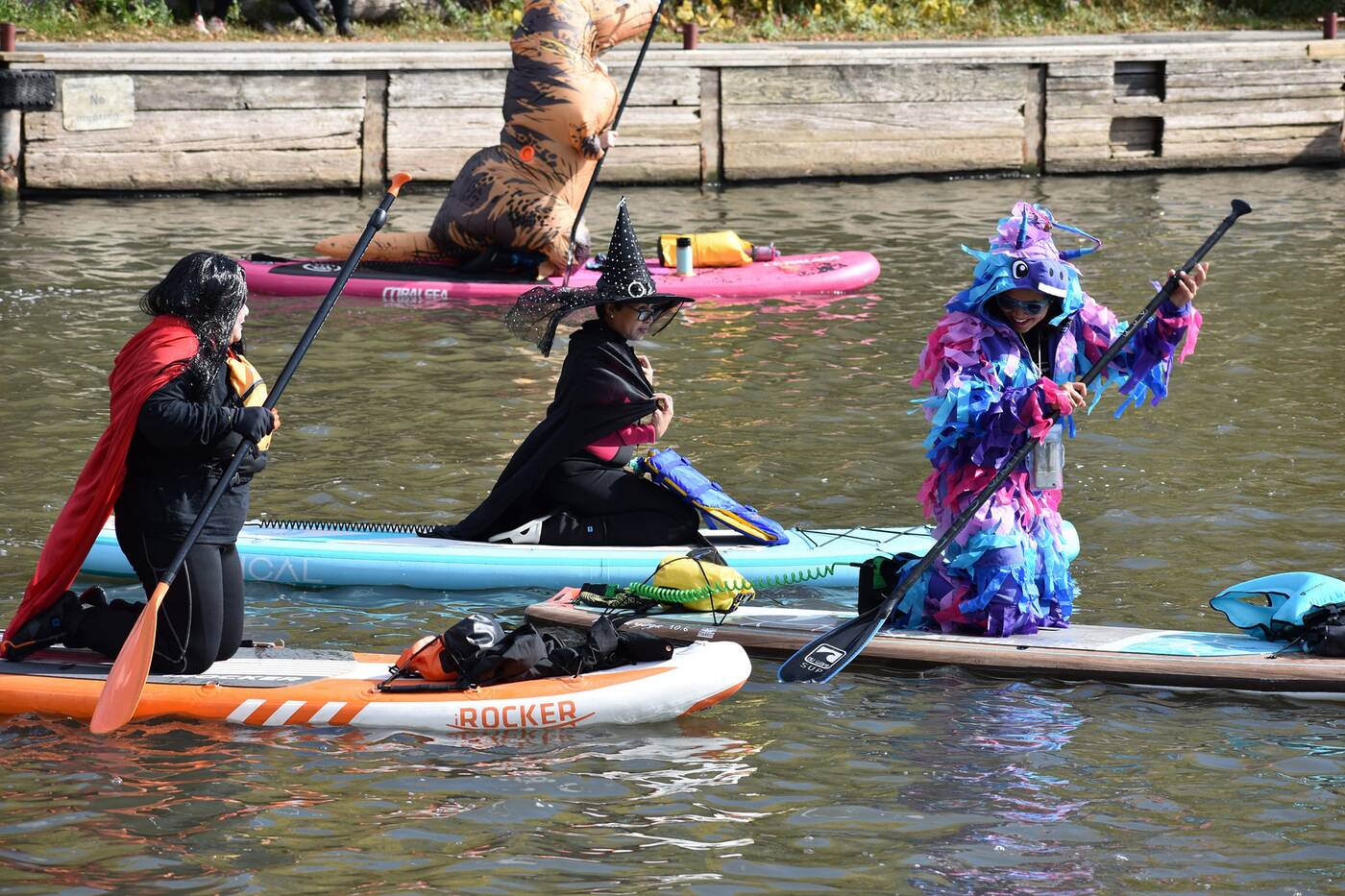 Members of Toronto's SUPing (Stand up paddleboarding) community have been surprising and delighting passersby along the waterfront with their epic, socially-distanced Halloween excursions in recent weeks.

Last Saturday, someone managed to capture photos of a witch coven cruising on their paddleboards near the Credit River Inlet in Mississauga.

This weekend, dozens more costumed paddleboarders were spotted near Humber Bay Shores in Etobicoke — only this time, the witches had friends. 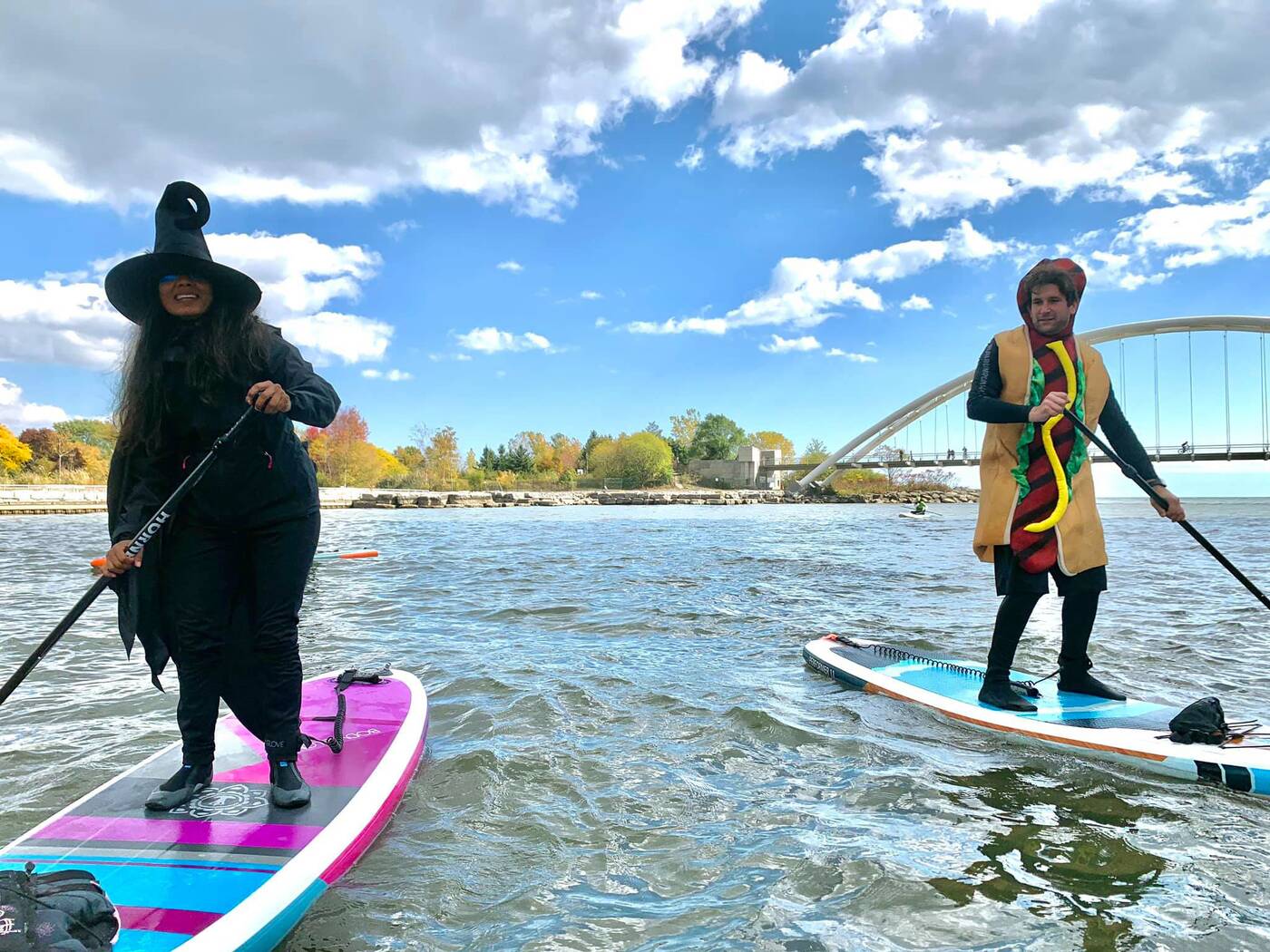 It was hard to miss the colourful crew on Saturday afternoon as they paddled from the Humber boat launch, down the mighty river, under the famous white arch bridge, and into Lake Ontario 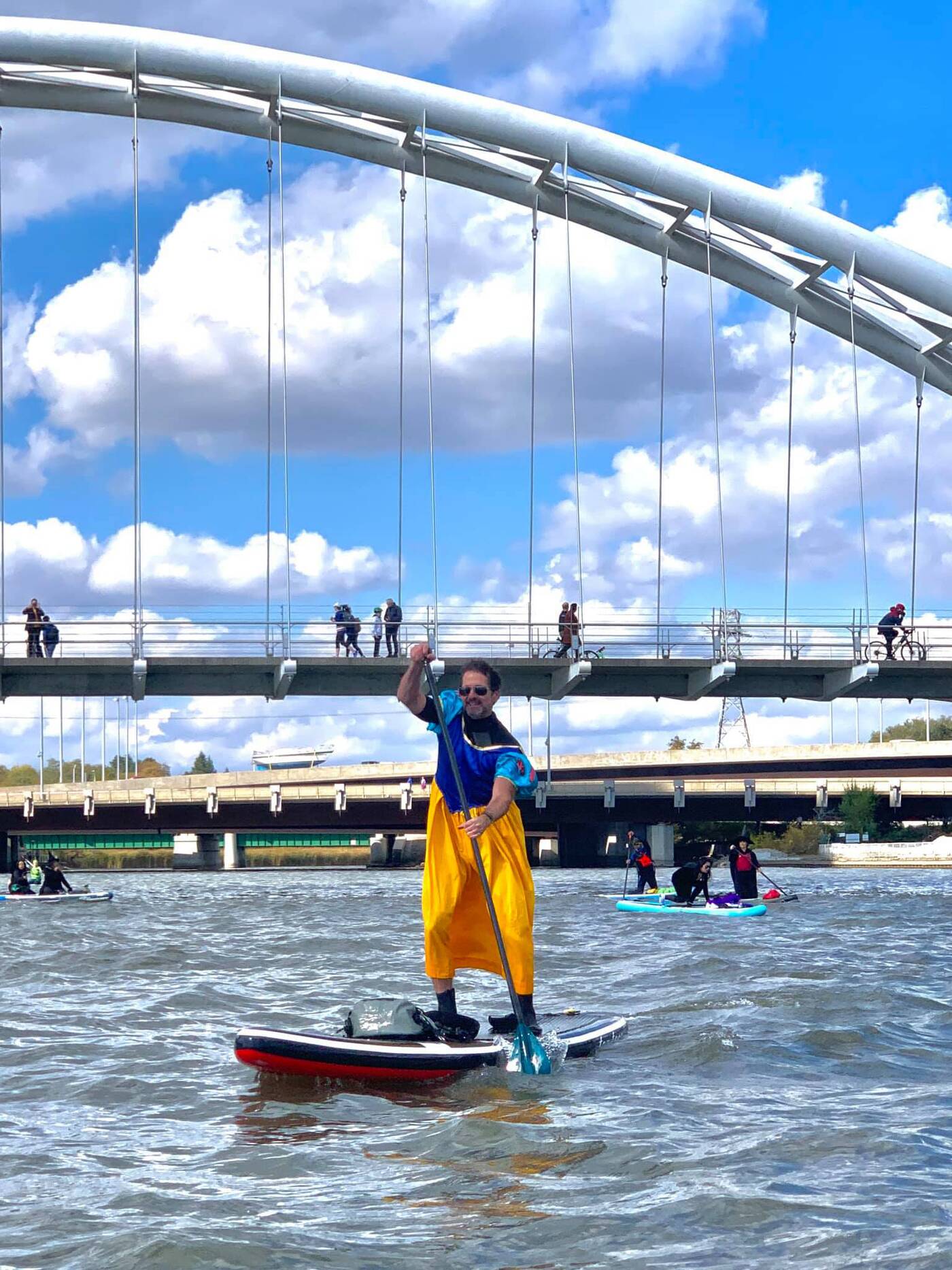 Among the group this time around were inflatable T. rexes... 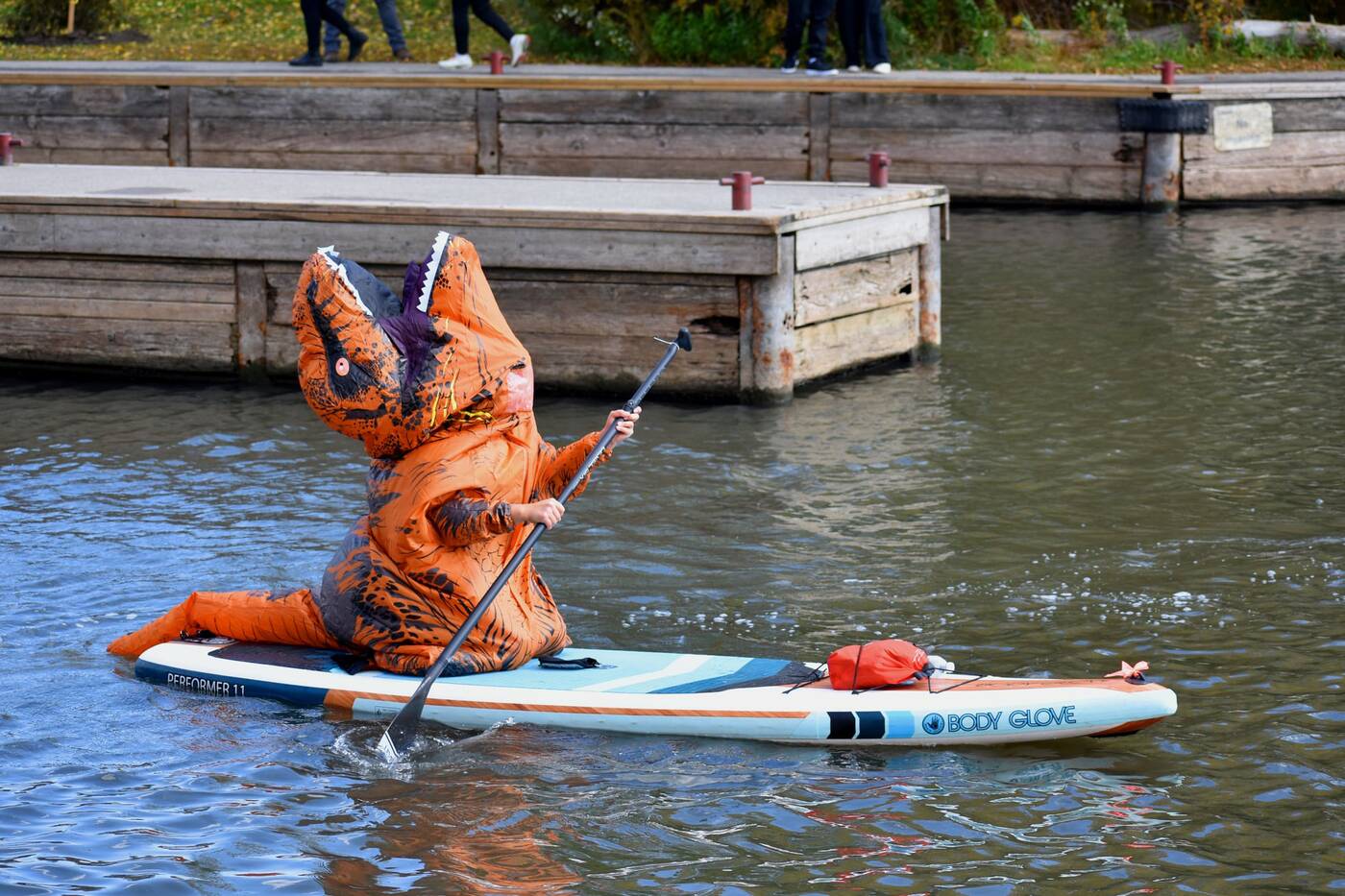 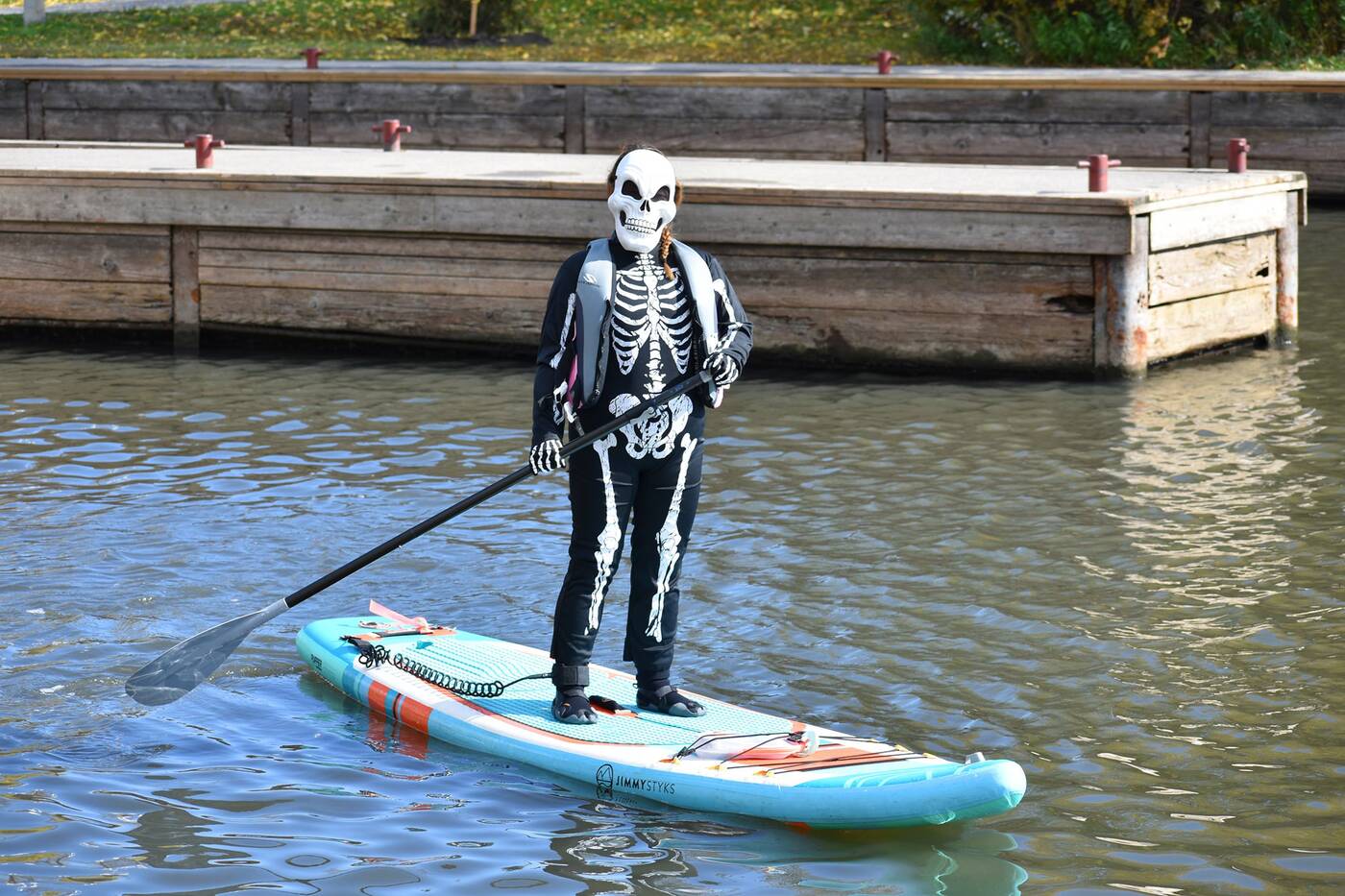 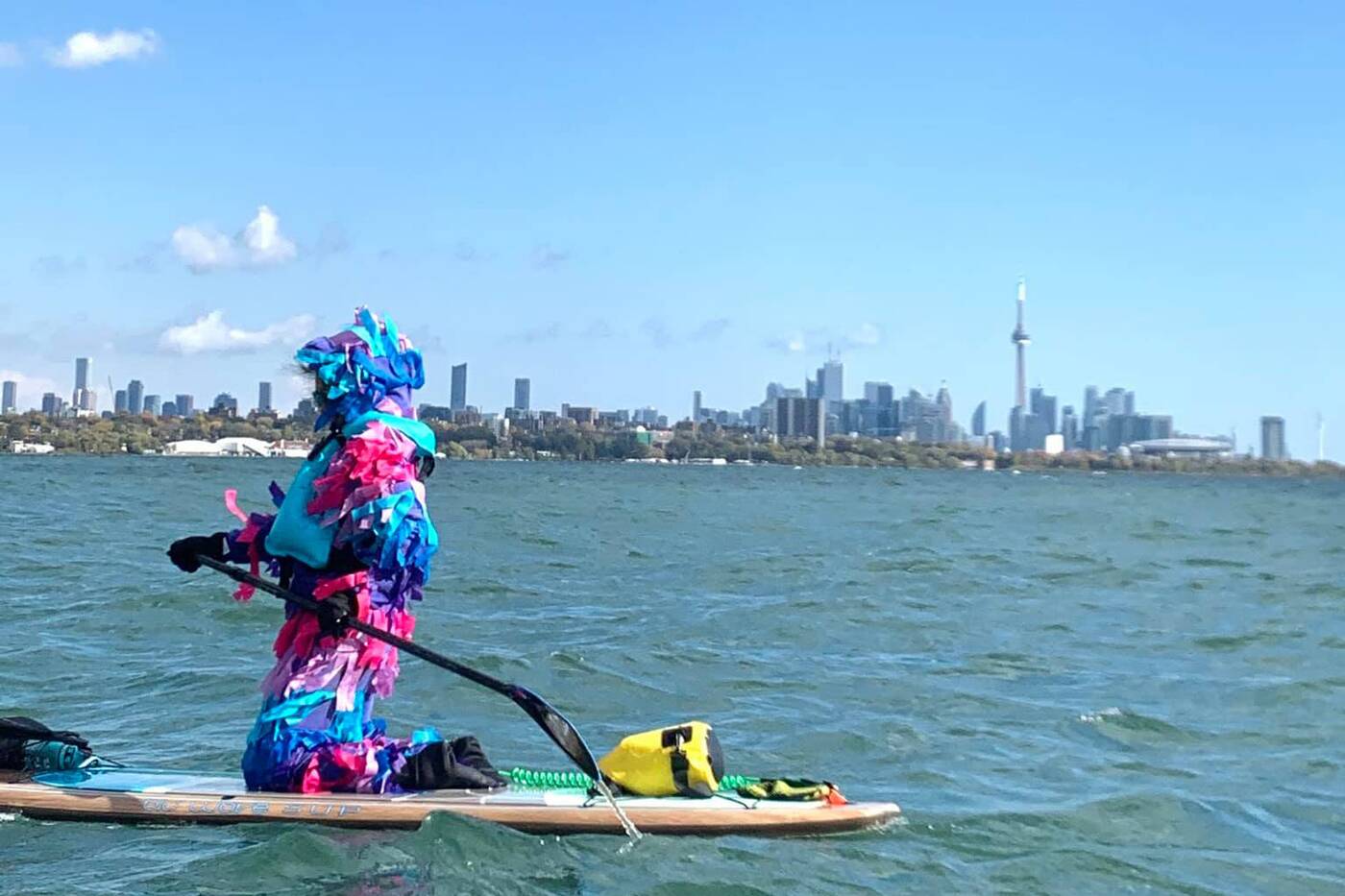 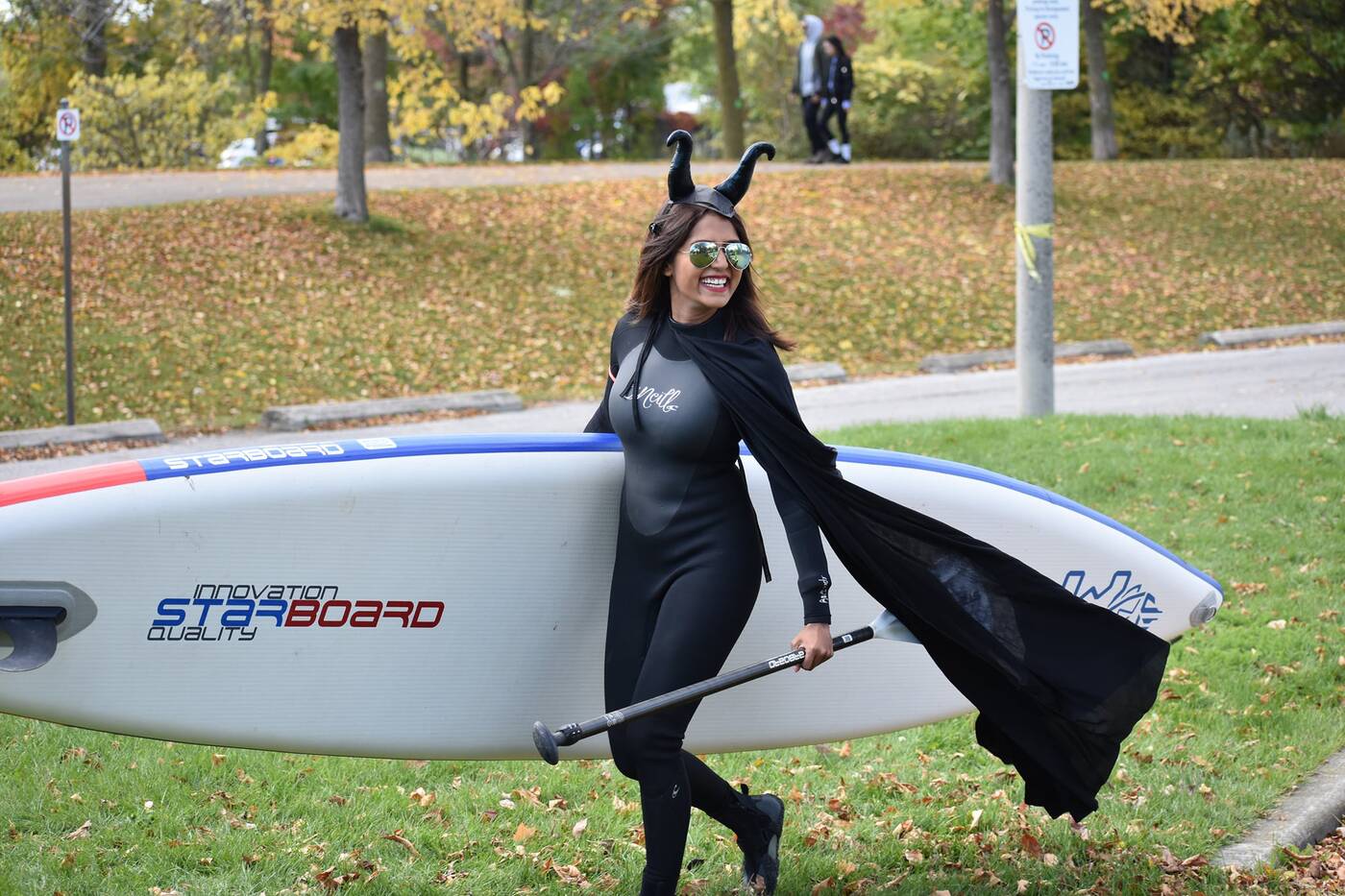 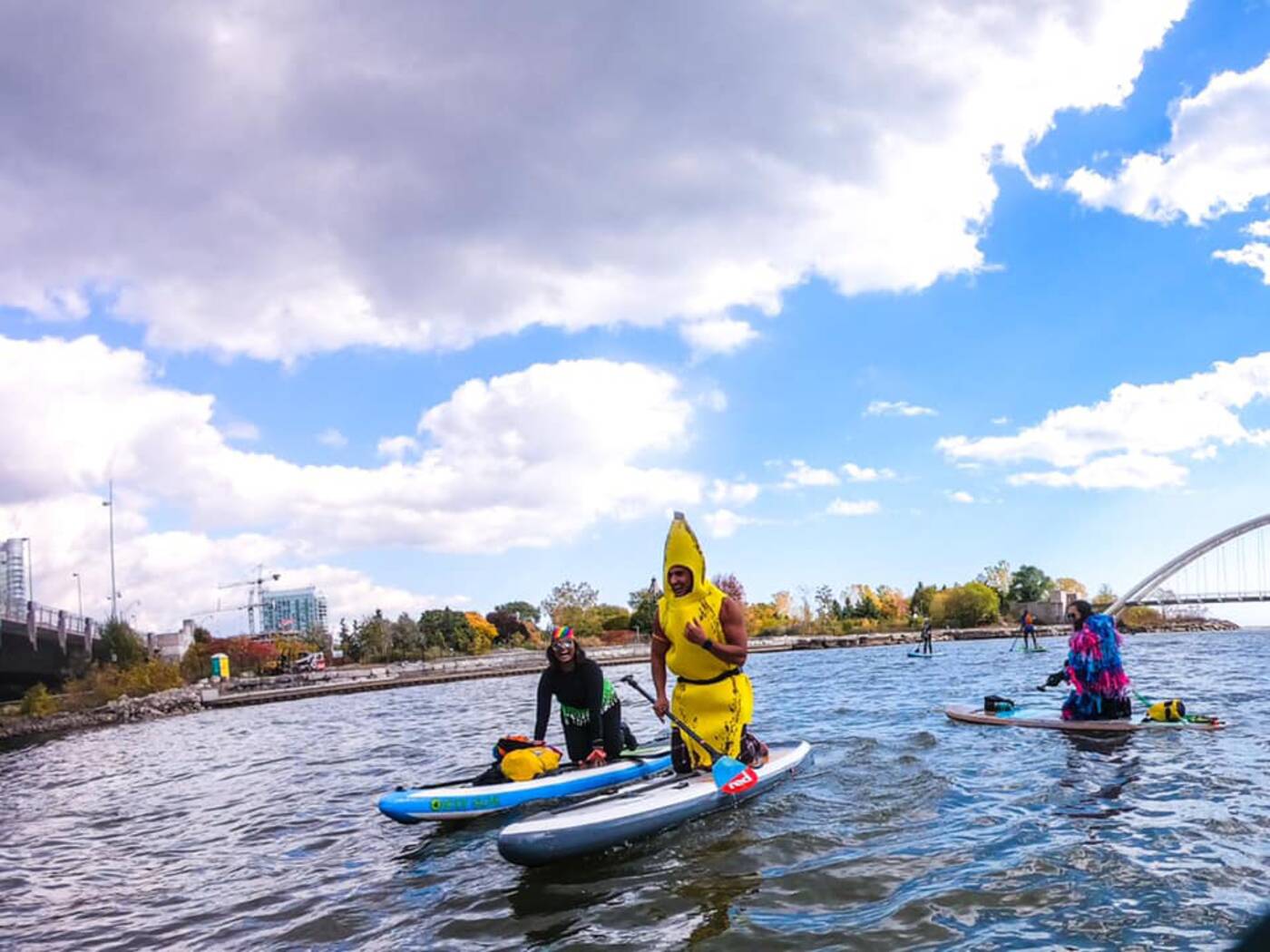 And whatever this creepy dude is: 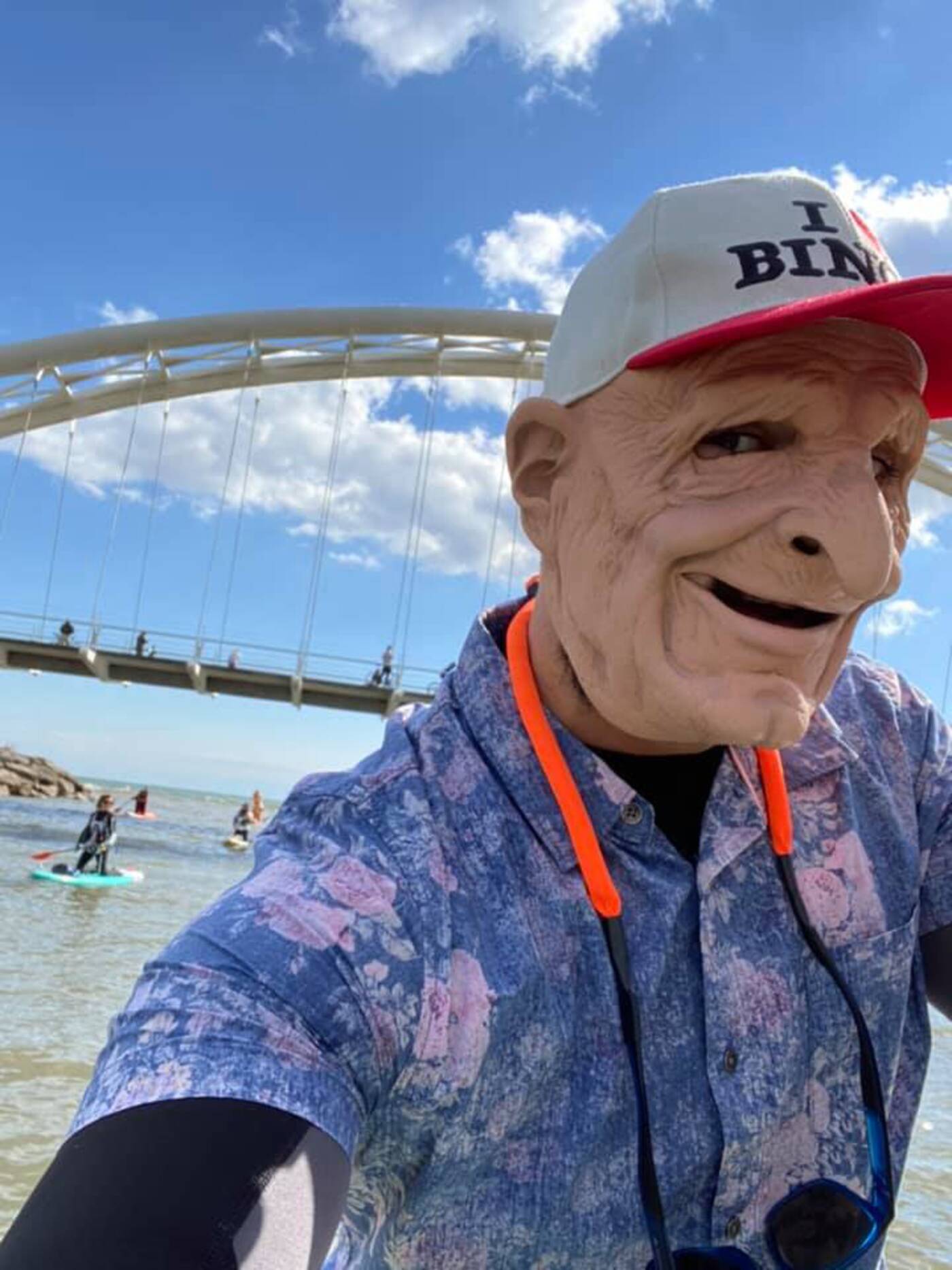 One of the boarders told blogTO that most participants were members of a group called Buddy SUPping — an unofficial Toronto meetup community for people who enjoy paddleboarding on Lake Ontario.

Activity on the group's Facebook page suggests that they will be doing this again before November hits, if the weather cooperates.

Finger's crossed they go out on Halloween, because with Ontario's Chief Medical Officer of Health now reccomending that local kids avoid trick-or-treating, theirs might be the only cool costumes we see outside in Toronto this year.