SoulCycle appears to have packed up and peaced out from its original Toronto location in King West without warning or notice, even to its own employees.

What used to be incredibly prominent branding all over the spinning studio's frontage at 435 King St. W. has been removed in its entirety — no more huge yellow logos on the windows, no more glowing SoulCycle signage, no more flags or prominent merch displays.

No more giant "SOULCYCLE" banners printed all over the walls or front glass doors. 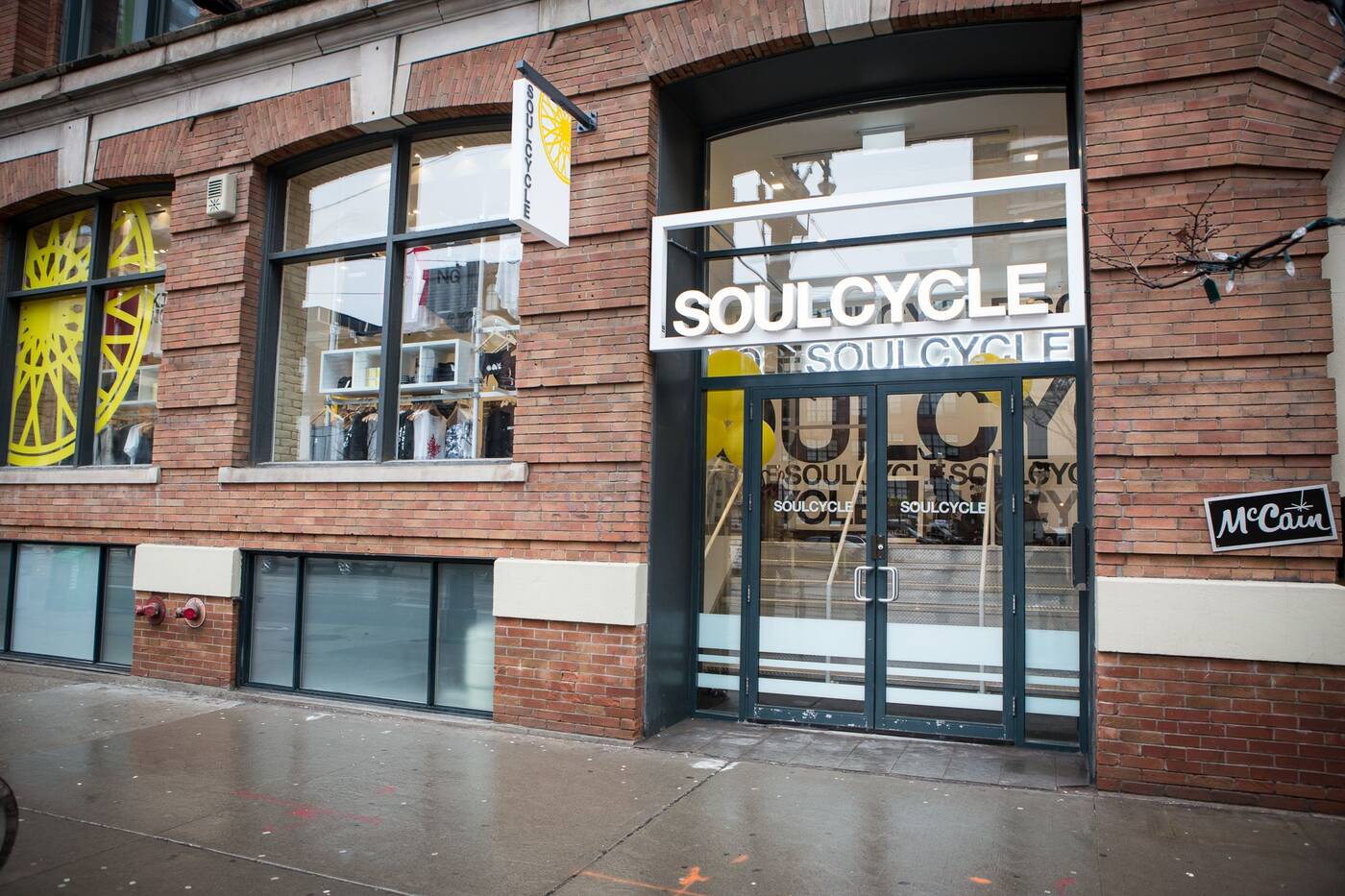 The unit appears to have been cleared out entirely, in fact, save for one lonesome spin bike near the back. 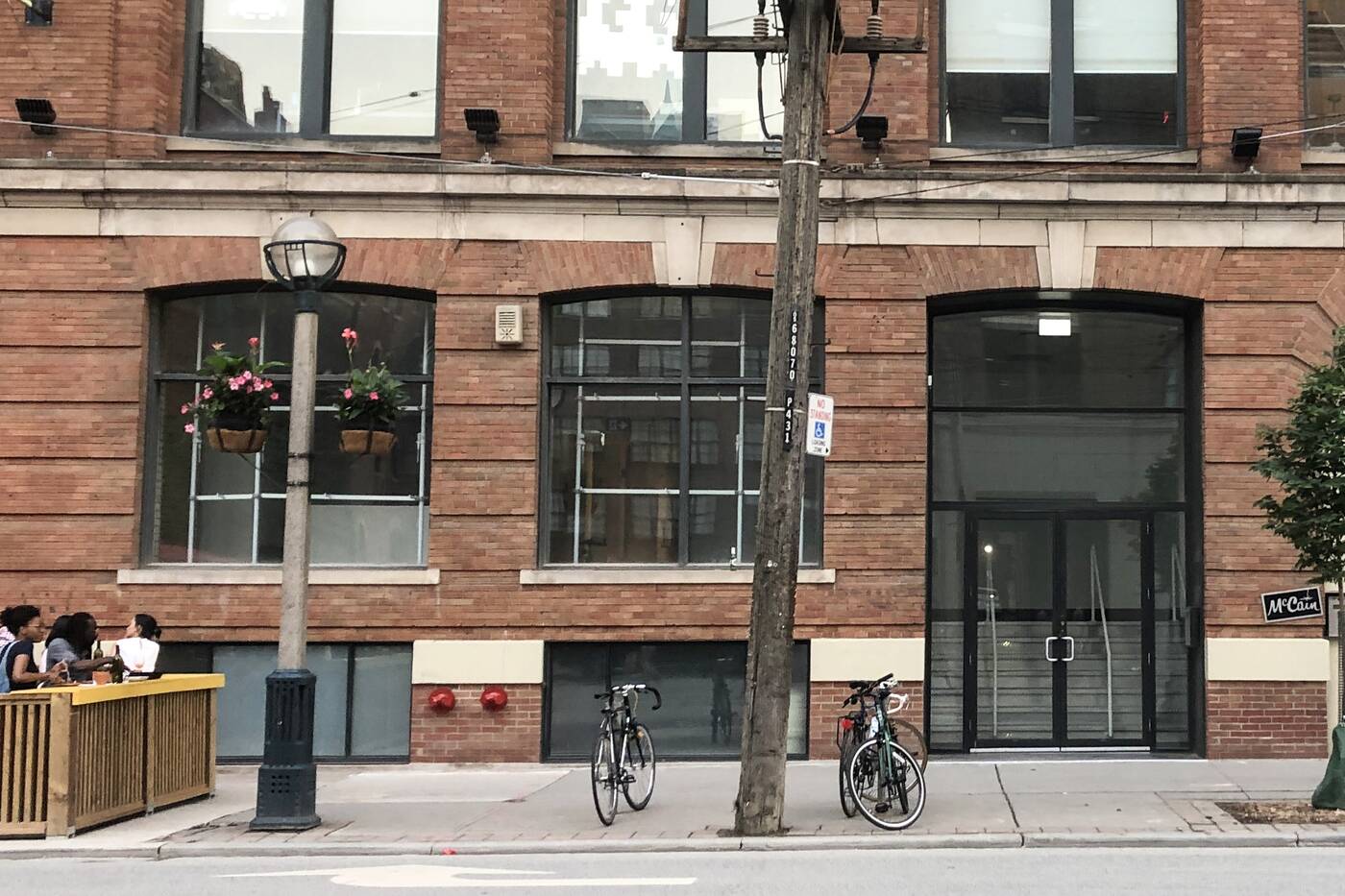 The New York-based indoor cycling chain's Canadian location in downtown Toronto has all but vanished from its coveted brick-and-mortar spot near the corner of King Street West and Spadina Avenue. 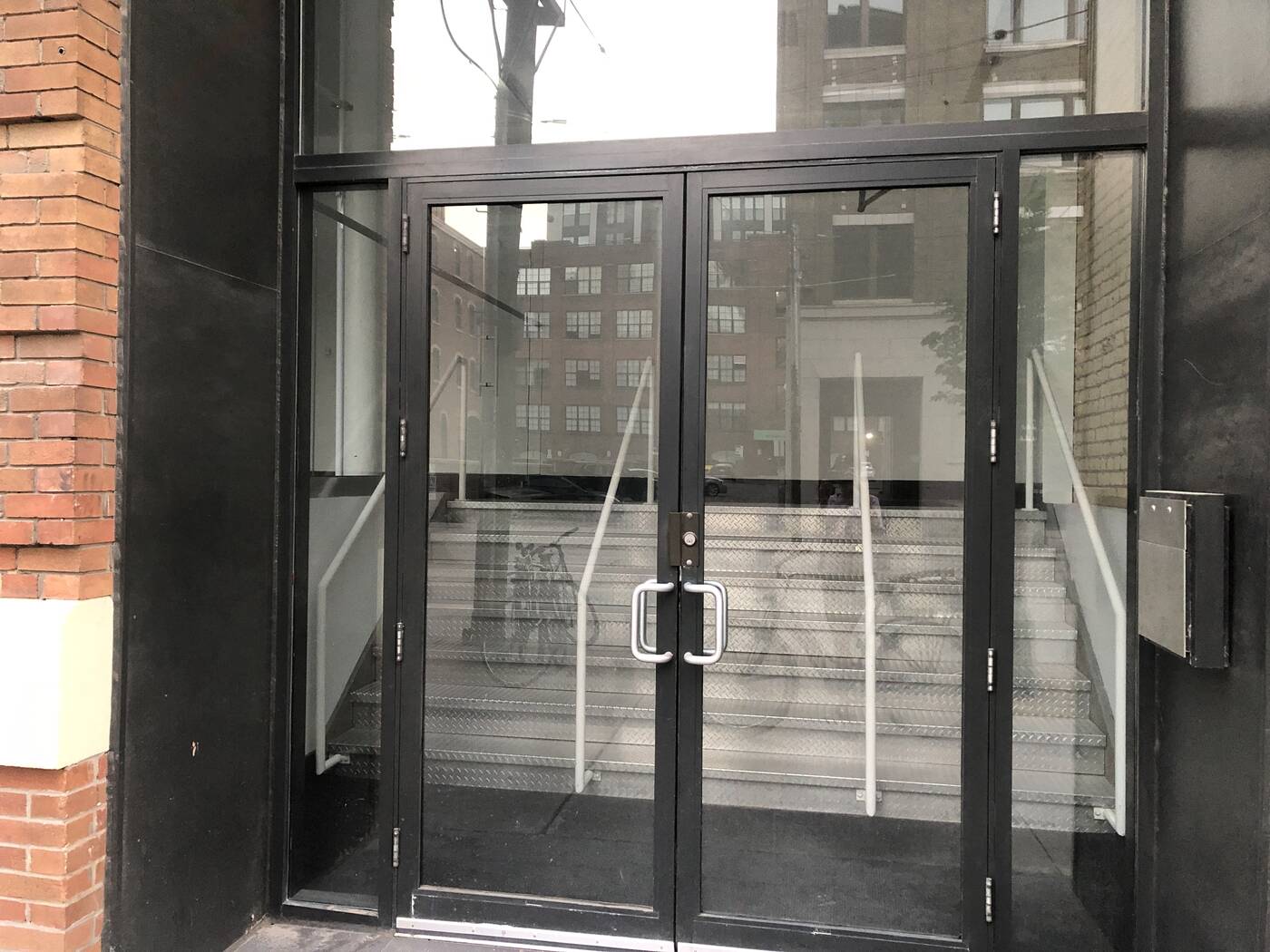 It would be sad, but not entirely surprising to loyal riders if the brand had announced it was closing on King West due to the pandemic or other rumoured financial troubles.

Others might be happy to learn of the closure in light of owner Stephen Ross' support for U.S. President Donald Trump.

SoulCycle hasn't announced anything, however — not to its members or even its furloughed staff, several of whom have told blogTO that they have no idea what's going on, or if they even still have jobs to come back to.

More worrisome still is the radio silence that we (and perhaps other journalists) have received back from SoulCycle and its parent company, Equinox Group, when inquiring about the location.

The corporate offices of Equinox and SoulCycle have both ignored multiple requests for comment over the past week.

Calls made to SoulCycle's local gyms go straight to a recorded message stating that all studios are currently closed due to health concerns and that more information can be found on the company's website.

The recorded message encourages anyone with questions to email yoursoulmatters@soul-cycle.com where "our team is on standby to help" with any questions riders may have.

Our emailed queries to this address have not yet been responded to. Allied REIT, which manages the building in which SoulCycle is (was?) located, has yet to respond to a request for comment regarding the status of the spin studio's lease.

SoulCycle's website and app, however, both still list King Street as an active location with photos, instructor profiles and studio news available. 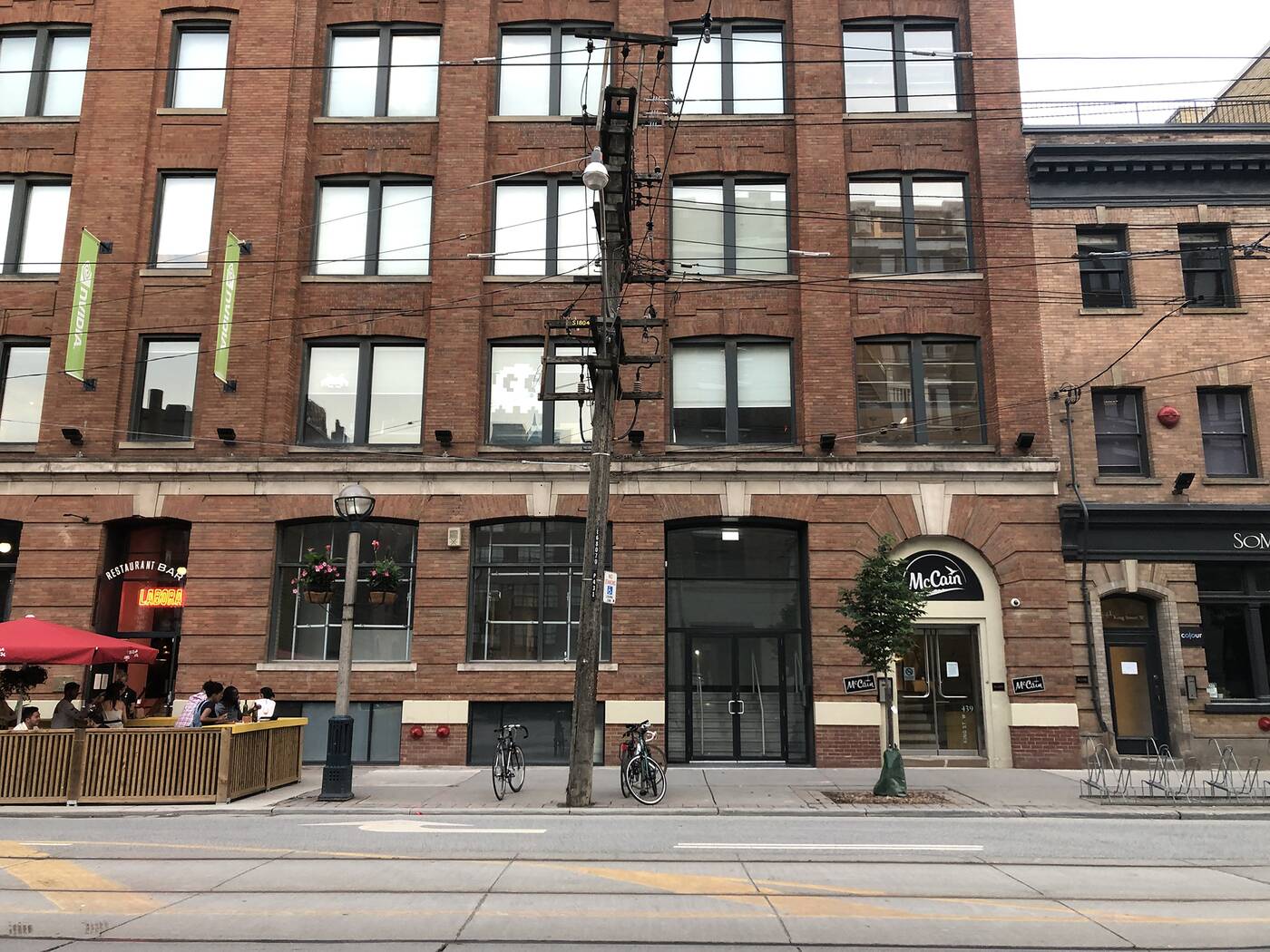 With yesterday's announcement that gyms would finally be allowed to resume operations under Stage 3 of Ontario's economic reopening plan after more than four months of forced closures, riders and staffers alike are wondering with increased urgency what's up with the popular spinning spot.

Members have received no correspondence from the company, which issued its most recent COVID-19 update on March 16, one day before a state of emergency was declared in Ontario.

"Effective March 16, by 8pm local time, we're closing all studios in the US and Canada. Our UK studios will be closed effective March 17," the update reads.

"This is temporary, and as soon as we feel it's safe to reopen our doors, you'll be the first to know.

While it remains at the discretion of each business whether or not to reopen amid the ongoing pandemic, most parts of the Ontario will enter Stage 3 this Friday, while Toronto and nine other regions will lag behind by at least a few days, depending on when they entered Stage 2.

Spin studios like SoulCycle could thus get the greenlight to reopen in the city as early as next week. 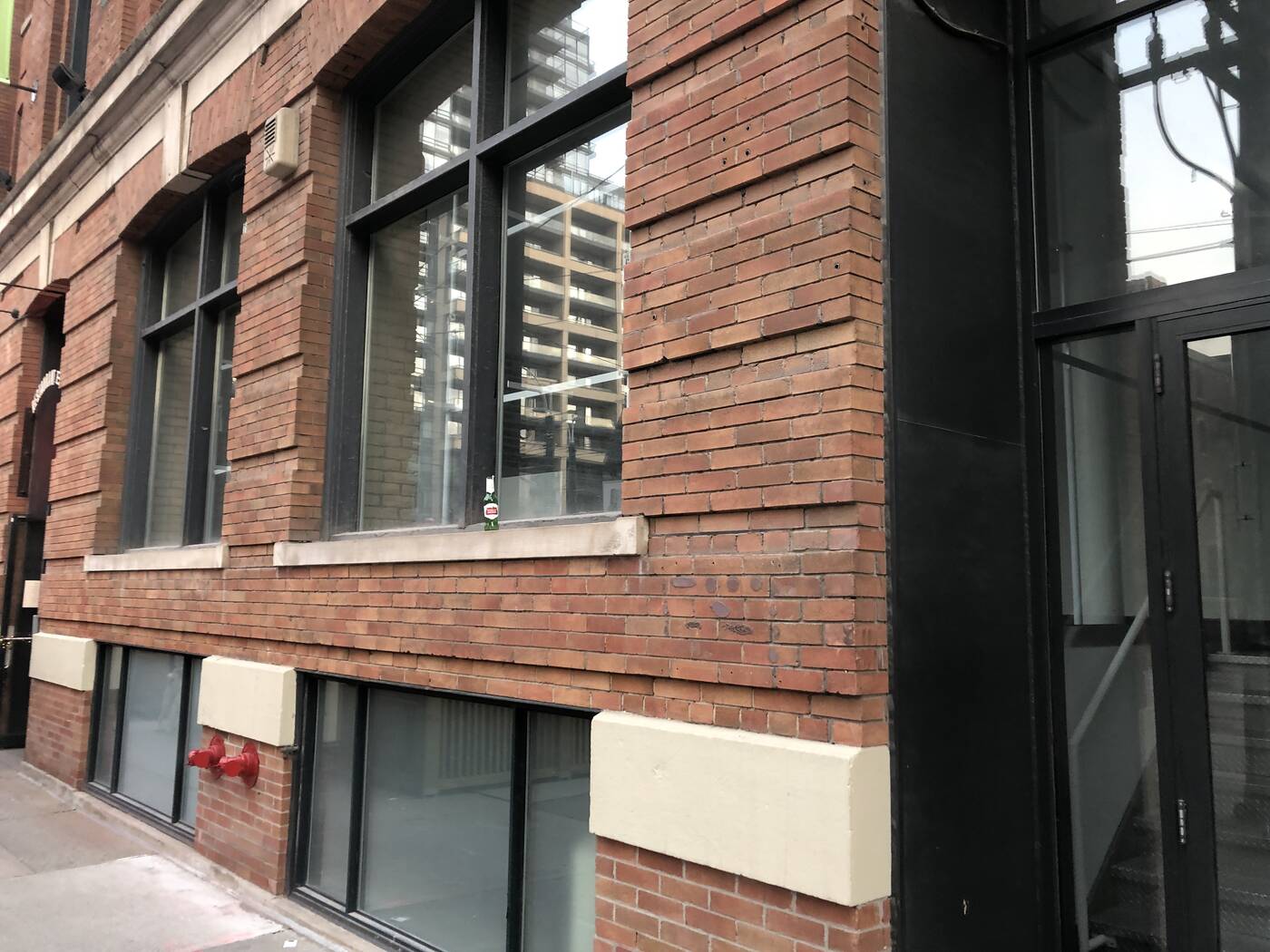 Spin fans clamoured each week to land a spot in of the brand's candle-lit workout sessions, prompting the company to open a second Toronto location at the Yorkville Village mall just a few months later.

Business remained strong, at least in terms of demand, up until March of 2020, when the COVID-19 pandemic shut down all non-essential services in Ontario.

Both of Toronto's physical SoulCycle locations have lain dormant ever since, like all other gyms and fitness centres in the province.

Whether or not either reopen to the public again remains to be seen, but it's not looking great for King West.