Scalpers in a foul mood over the Toronto Blue Jays

Head to the Rogers Centre before any Toronto Blue Jays game this year, and you'll notice the place seems quiet.

What used to be a flood of foot traffic by box offices and the cable-stayed bridge over the Union Station Rail Corridor has turned into a muted trickle of game-goers entering in to the stadium.

It's not news: attendance at Jays games is down—by a whopping 30 per cent, in fact—and it's only the first week. 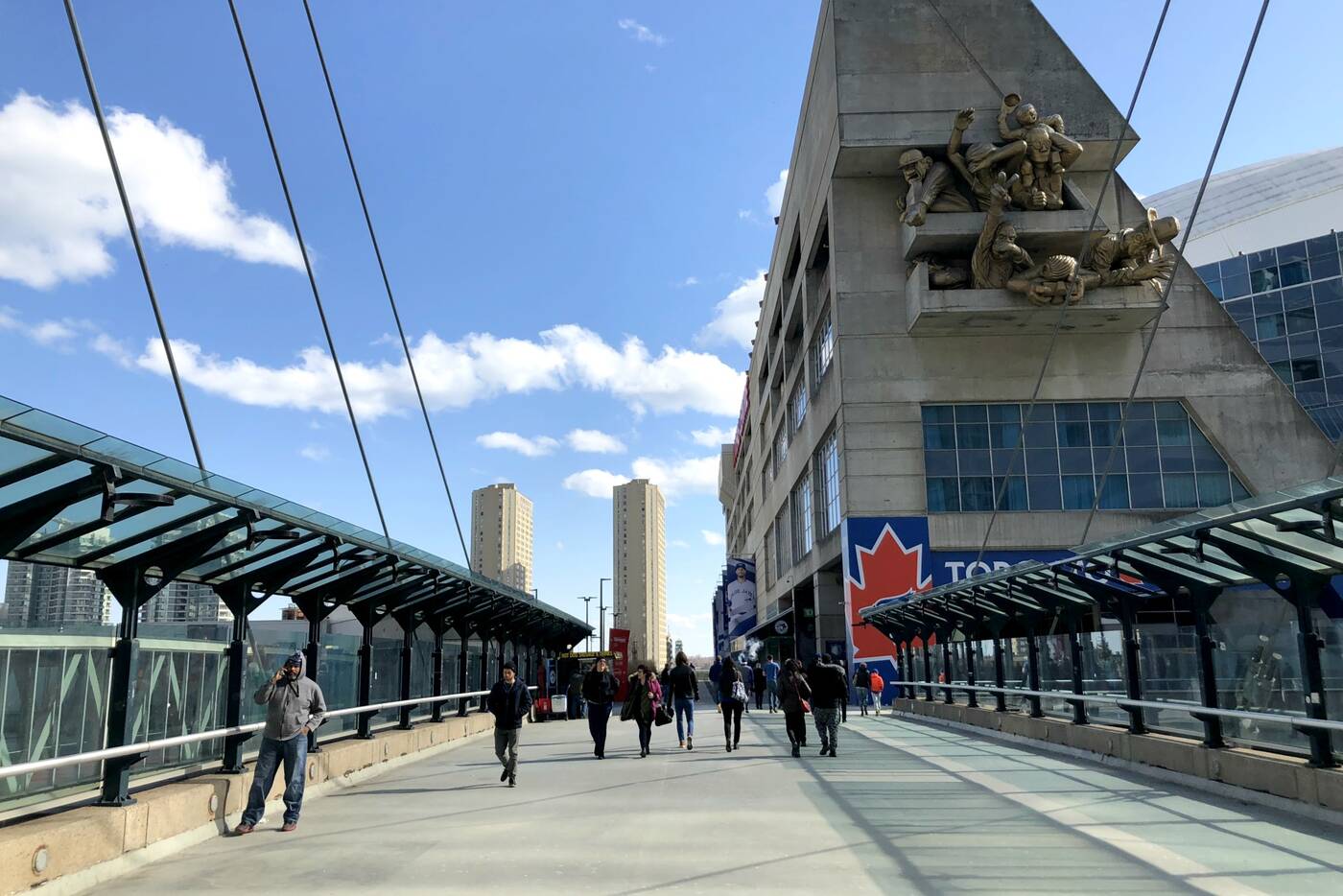 Blue Jays game attendance during opening week was down 30 per cent from last year.

Last Thursday's home opener, typically one of the most exciting and fast-selling games of the season, was an historic flop.

For the first time in over a decade, thousands of tickets were available for the game against the Detroit Tigers (we lost) for an event that has previously sold out within minutes and filled the stadium with thundering rally cries.

Walking the park by the stadium's southeast entrance across from the Rec Room are the reliable roster of seasoned scalpers, hustling tickets to Jays games that, apparently, no one wants to go to.

"It's awful," says one scalper, who goes by Adam and has been selling tickets for over 20 years. "This season is awful." 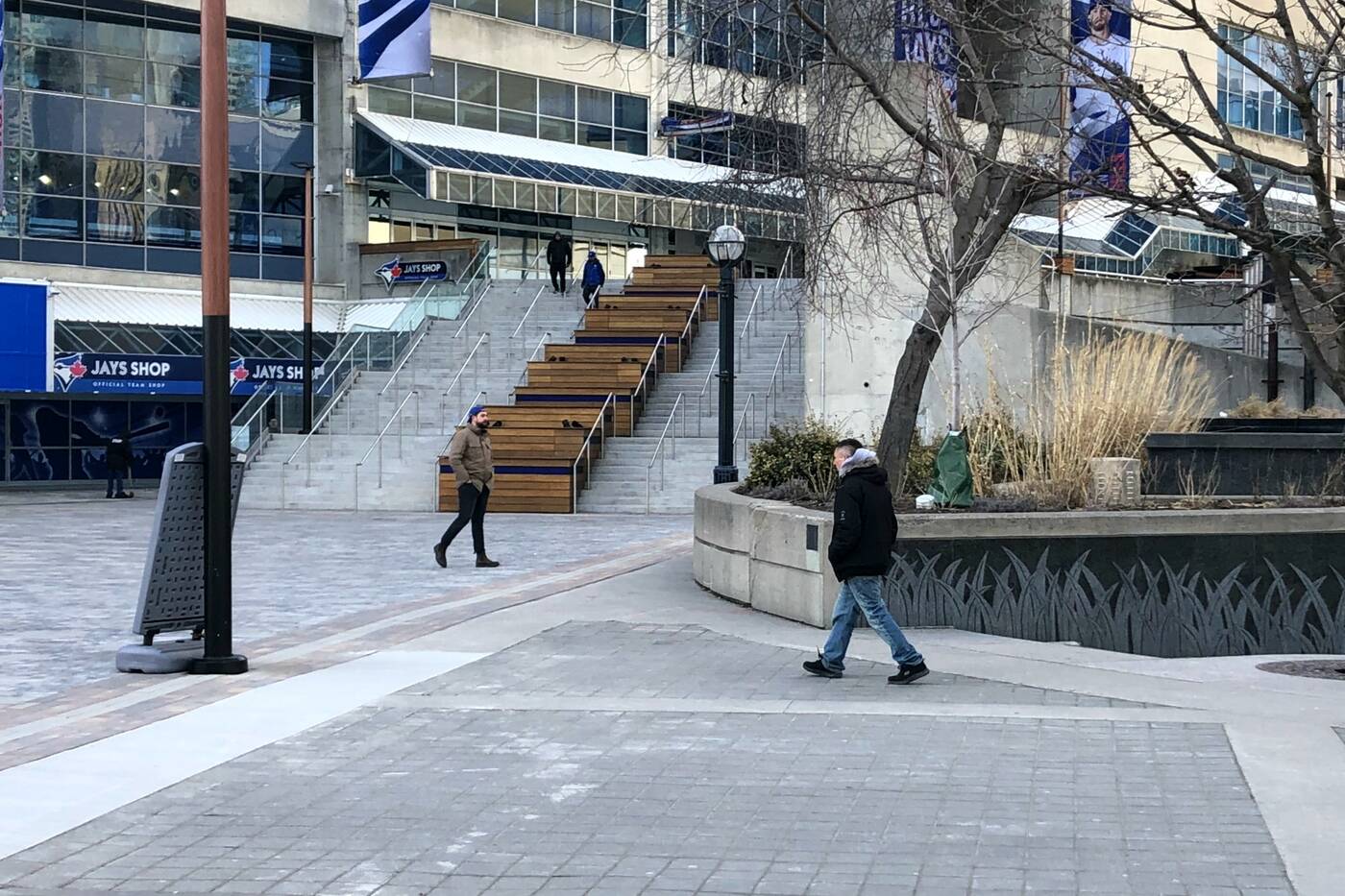 A scalper walks the southeast corner of the Roger Centre, trying to sell tickets.

Working in conjunction with the guys behind the hot dog stand, many of the scalpers here have been working the Rogers Centre for years, buying, redistributing and selling tickets even back when the massive stadium was still the SkyDome.

But this season's been one of the worst opening weeks they've seen, say some—nothing like the blue crush shenanigans of 2015, the year of the iconic Bautista bat flip.

According to Adam, the ticket broker he works for now buys 75 per cent fewer tickets from the Rogers Centre than he did last season.

"We have no star players," says another scalper wearing a scruffy black jacket who didn't want to be named. "Everyone's watching basketball." 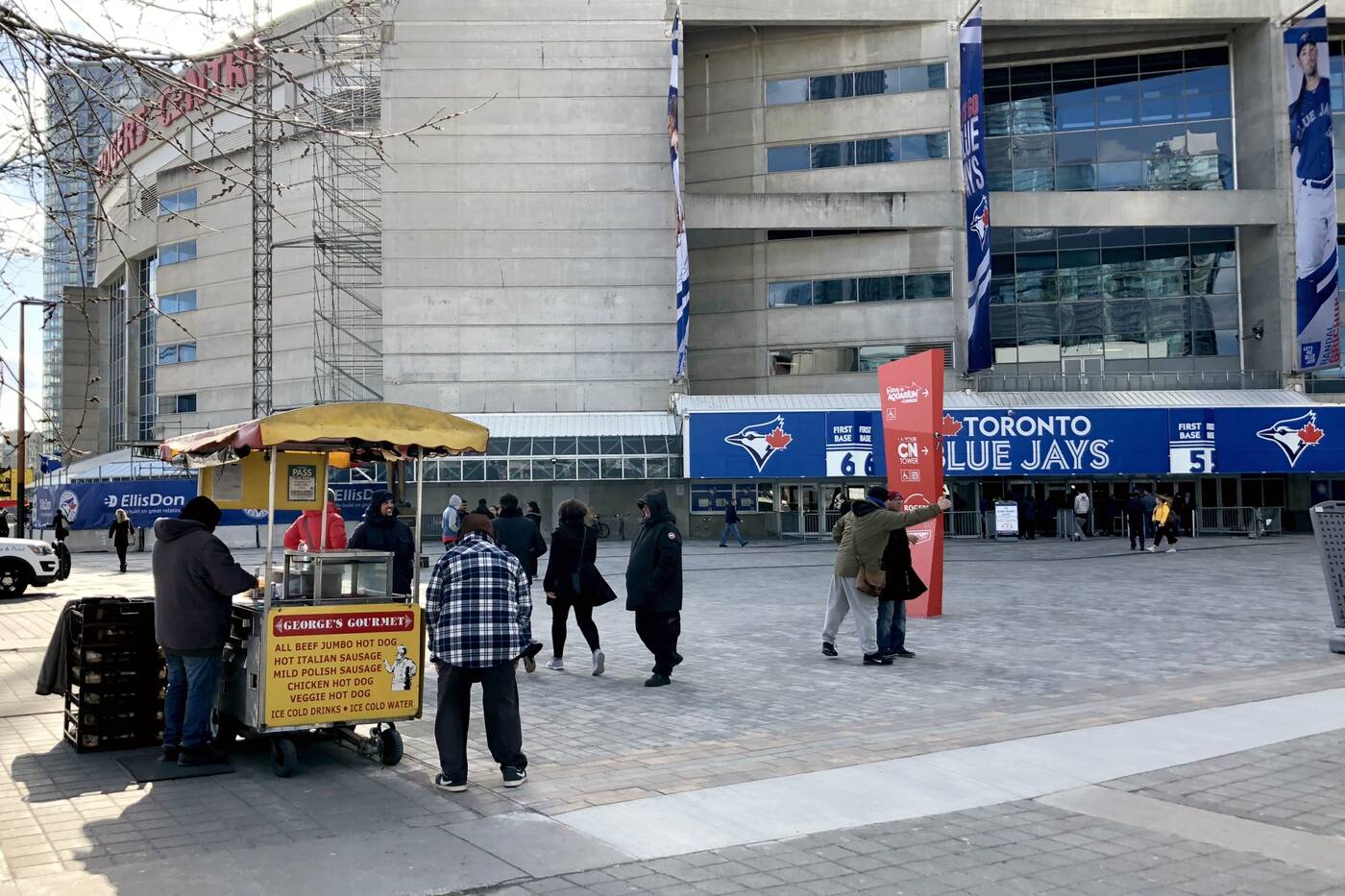 Longtime ticket re-sellers say this has been one of the worst seasons yet.

With the death knell of the Kevin Pillar trade throwing a cloud over this year's lack-lustre season, they must now must hustle twice as hard to sell their tickets, though Adam thinks the team and Rogers Centre needs to step up their game too.

"We need to bring back the $2 Tuesday," he says, referring to the promotion that let fans buy discounted tickets for a mere toonie, which was banned due to unruly fan behaviour.

But unless the Jays get a new star player, it looks like both scalpers and the Rogers Centre will see attendance numbers staying low. "Sales are down for everybody. For tickets, even the hot dog stand."