Last year's Toronto Blue Jays were borderline unwatchable at times. They weren’t the worst team in baseball last year, but they were a far cry from their Cinderella 2015 and 2016 former selves.

The on-field product might be subpar once again this season, but the Blue Jays unveiled their new “Ticketmaster Lounge”anyway; an all-new premium section on the 300 level of the Rogers Centre which boasts some of the best sightlines in the ballpark.

For the low price of around $400 per home game (or $33,000 per season), fans can feast on Arctic char, socialize and maybe look up every so often to watch the Blue Jays play a baseball game. 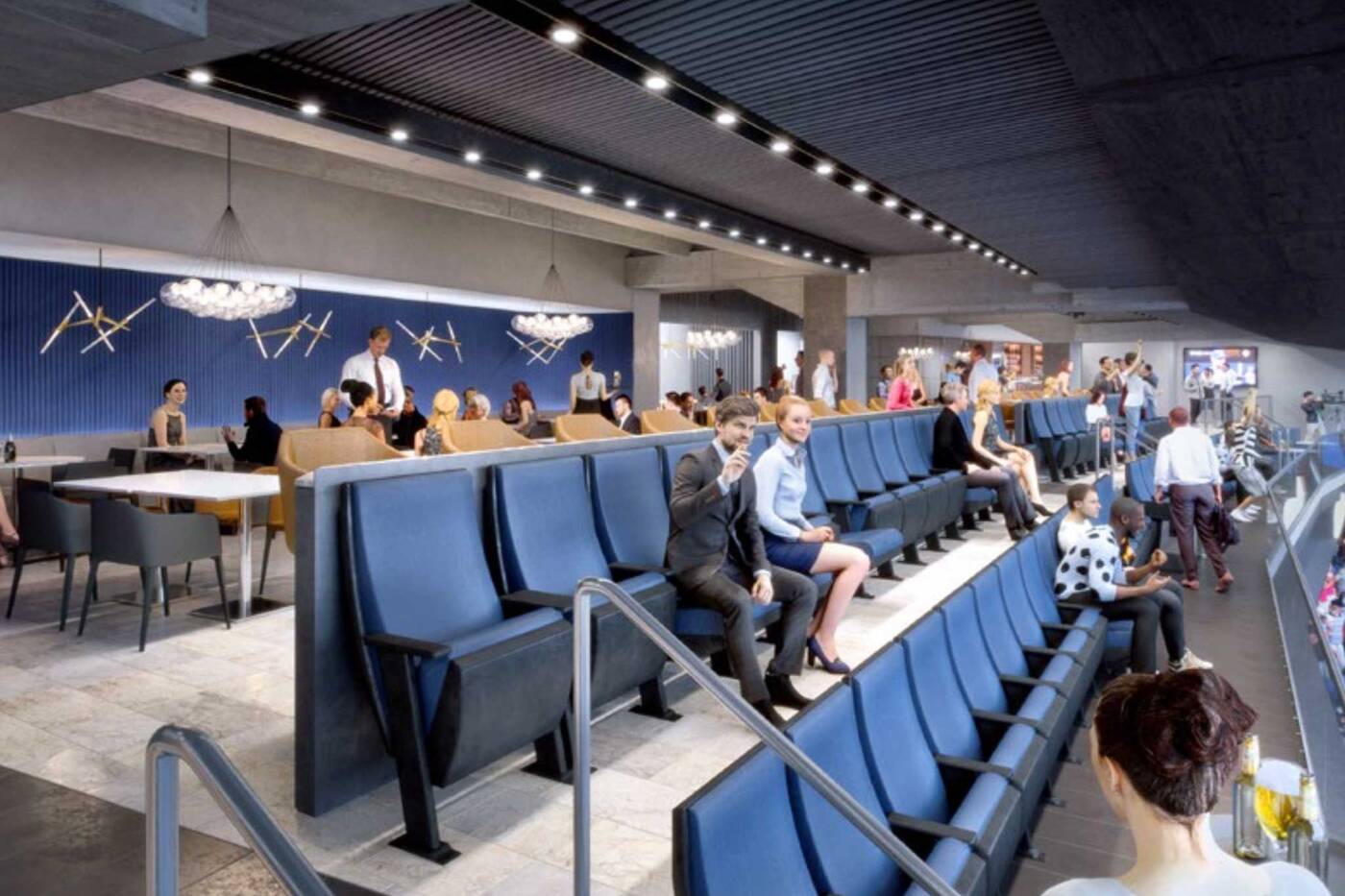 The Blue Jays hope to sell more of these new premium seats than those shown filled in this rendering.

On the other hand, for those seeking a budget-friendlier option, consider a lower price of close to $300 per home game ($24,000 per season). These fans can pay for the privilege to strong-arm someone else into taking these seats third or fourth-hand from a friend who can’t make the game.

This new premium space is an attempt to cater to the business crowd, not unlike how the suites at Scotiabank Arena are often half-filled with Bay Street suits during Leafs and Raptors games.

Judging by the outfits worn by the clientele in the pictured mock-ups, Blue Jays paraphernalia is strictly forbidden in the Ticketmaster Lounge.

Ticketmaster Lounge holders have access to private bathrooms, the opportunity to reserve tables within the lounge, concierge service and the ability to order premium fare from the kitchen. 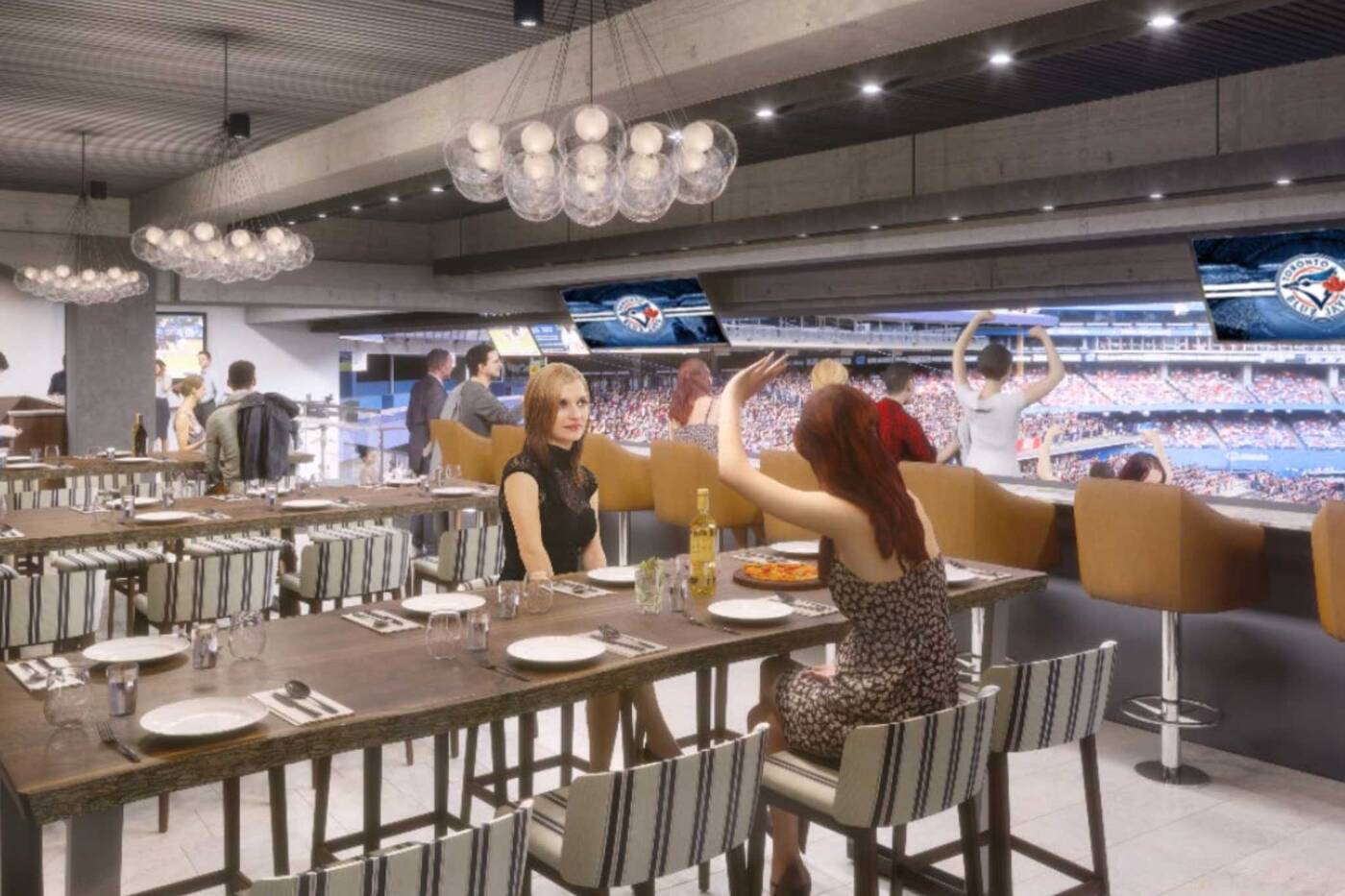 Premium fare is available to those who shell out for the extra price, like the two confused women in this rendering.

At $33,000 per front row seat and $24,000 per second row and bar rail seat, if the Blue Jays find takers for all these seats, they’re looking at a potential of over $3 million in additional revenue per season.

Not to mention, the undisclosed amount that Ticketmaster paid for the exclusive sponsorship title. It’s no wonder the Blue Jays demolished the former press box and flipped it into a money-maker.

As a comparison, for fans who prefer to get closer to the field, “In the Action” season tickets are available starting from $24,814 per season. 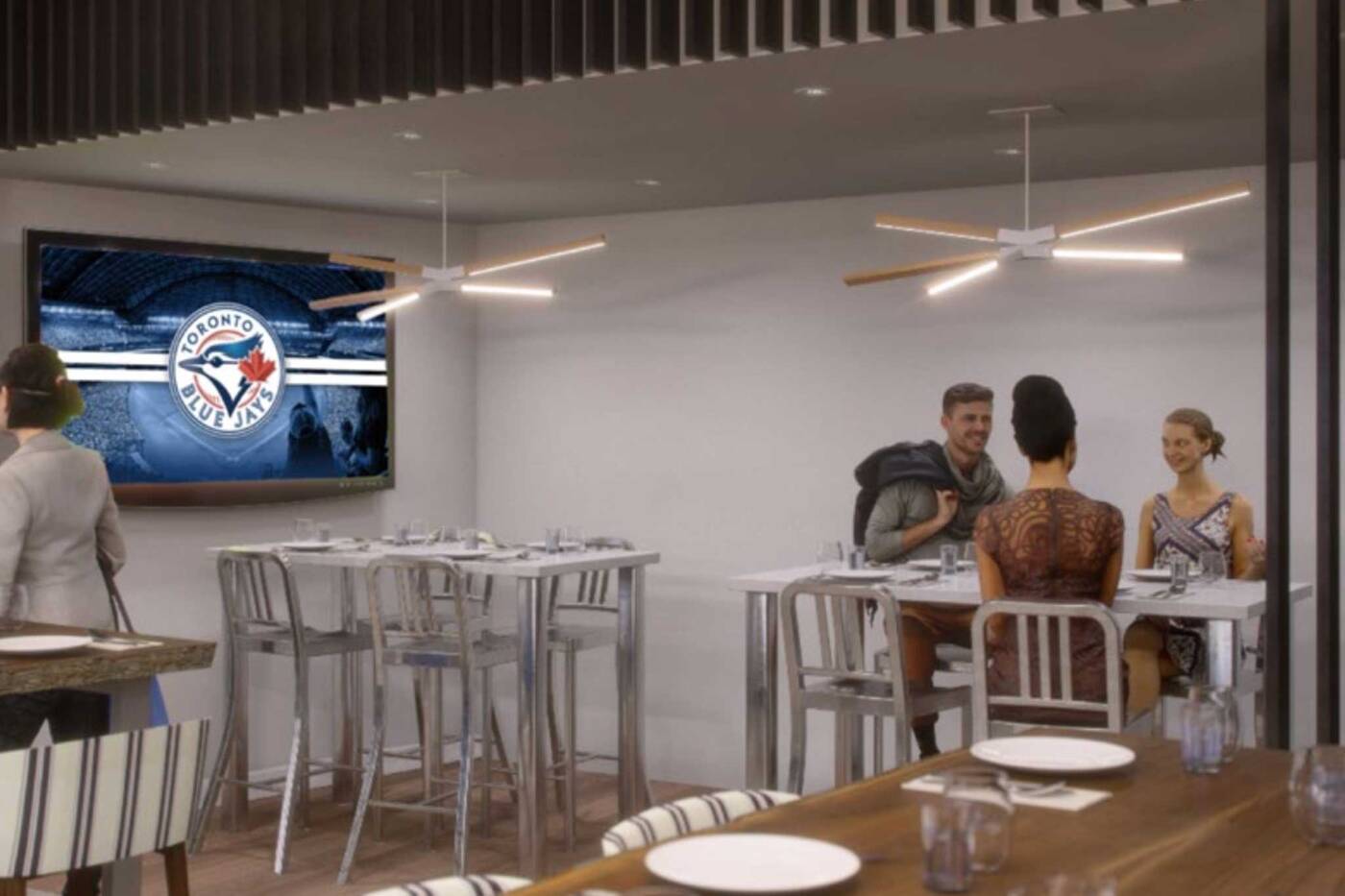 The game is so thrilling in fact, that some prefer to sit with their back to the action.

These are the seats directly behind home plate, where fans are often found waving in front of TV cameras to validate to friends and family why they spent a small fortune on baseball tickets.

Construction is underway on the Blue Jays’ new Ticketmaster Lounge and it will be ready for the start of the season. The Blue Jays open their 2019 schedule against the Detroit Tigers on Thursday March 28th.