Someone designed the TTC subway out of LEGO

Only in the case of Aaron Chapman, they're also talented LEGO enthusiasts who spend their spare time making tiny, highly-detailed versions of the vehicles they drive at work. So... better than us, I guess.

Introducing the Toronto Rocket Subway Train LEGO model – a custom build featuring 2910 bricks, 28 pieces of track, two TTC operator minifigures and hundreds of intricate details that only someone with Chapman's unique cross-knowledge could pin down. 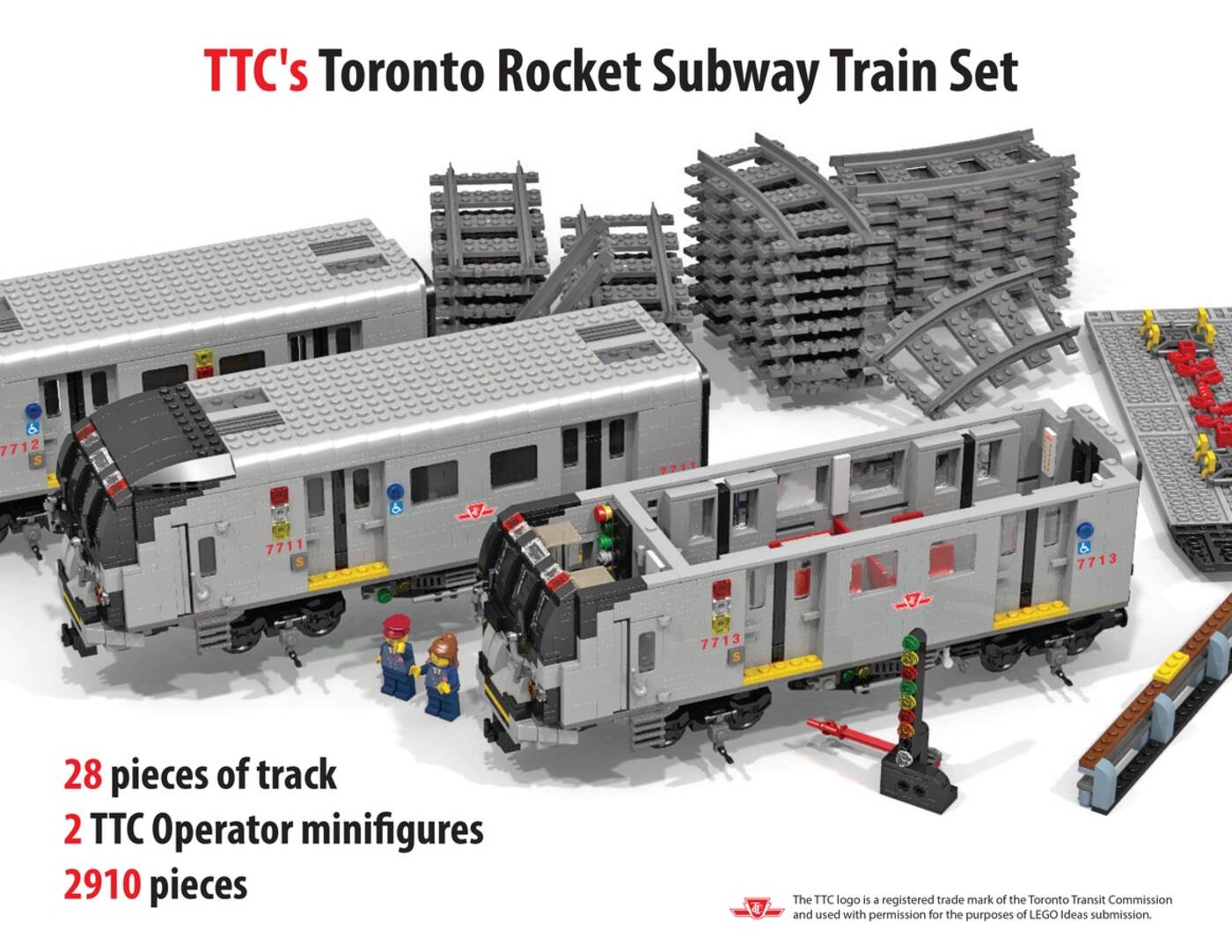 Chapman, 42, says that originally began to design the train as a display model for himself.

Interest from excited colleagues and fellow LEGO enthusiasts, however, inspired him to create a "fully functioning playset with all the detail I could think of."

Staff and customers at Yorkdale Mall's LEGO store further encouraged Chapman to submit the idea to LEGO itself after seeing his designs on a shopping trip. 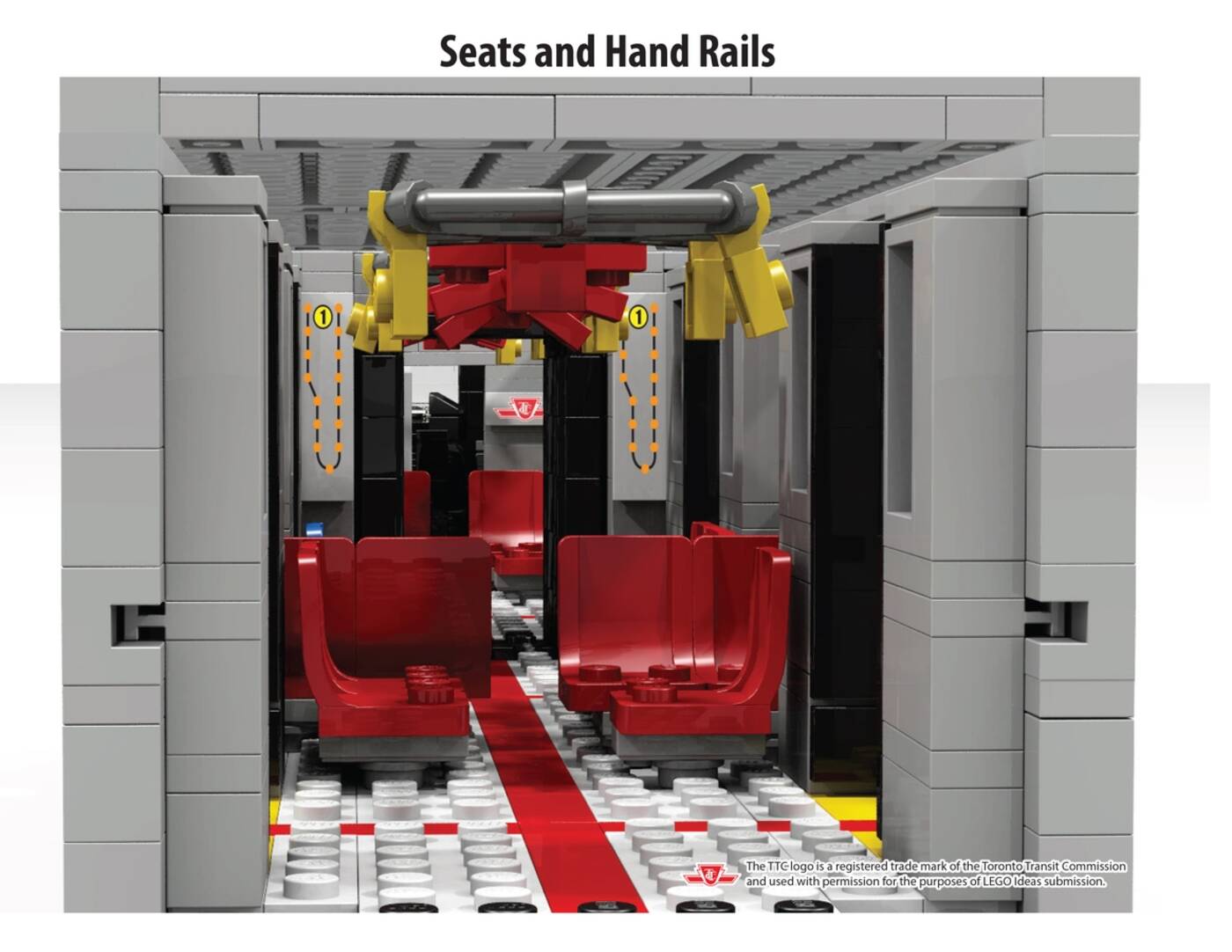 "The response was overwhelmingly excited," he said. "The amazing staff there informed me how many local and visiting LEGO fans come in all the time looking for sets that are  'Toronto' themed and they thought the Toronto Rocket set would be a huge hit."

Chapman went to TTC management with the idea before moving forward, expecting a long and difficult approval process for use of the transit agency's logo and branding.

What happened was the exact opposite. 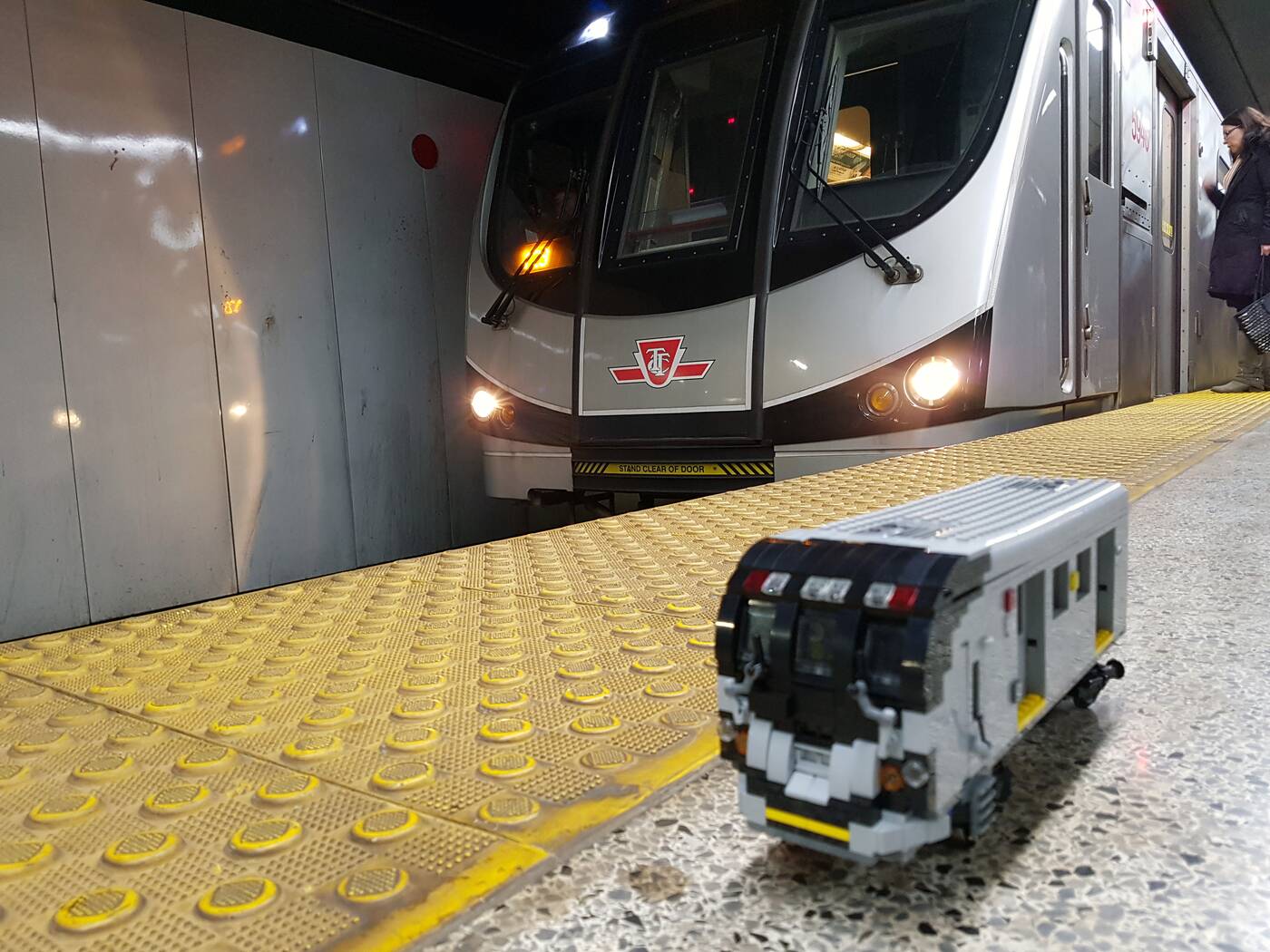 "The TTC was incredibly supportive," he said by phone. "Within hours, it was 100 per cent approved. I was shocked. They jumped on it right away."

So, with his employer's blessing and encouragement from staff and customers at Yorkdale Mall's LEGO store, Chapman submitted his project to LEGO Ideas – a website site for fans to submit their own designs for LEGO's consideration.

If Chapman can get 10,000 people or more to click "support" on his project within two years, LEGO will review the proposal. 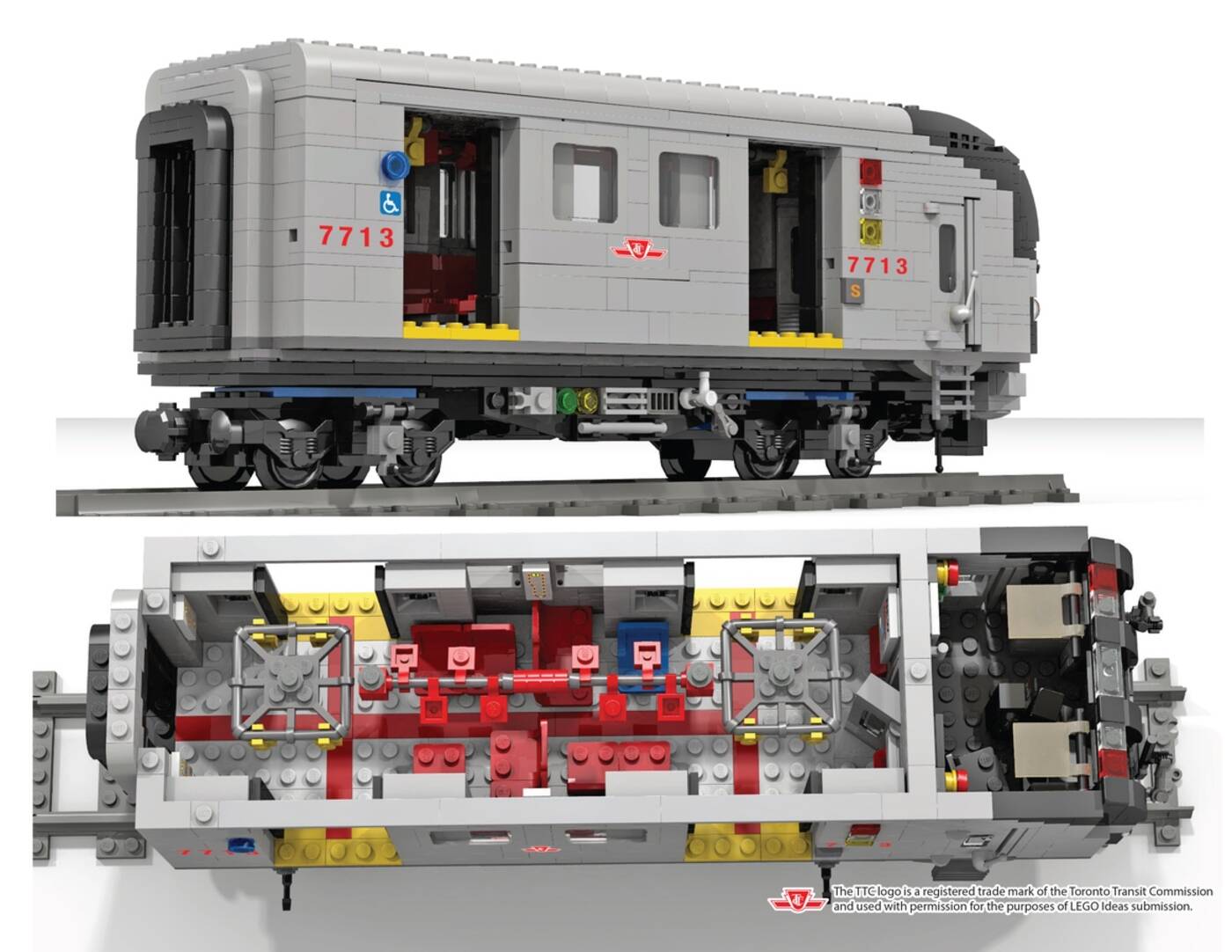 If selected, the TTC Toronto Rocket Subway Train will go into production.

"Once complete, it goes to the factory, then it's shipped around the world and released for sale," reads the LEGO Ideas website.

"You're featured in set materials, receive a royalty on sales, and are recognized as the product creator. Your supporters can now own the LEGO set they helped make happen on LEGO Ideas." 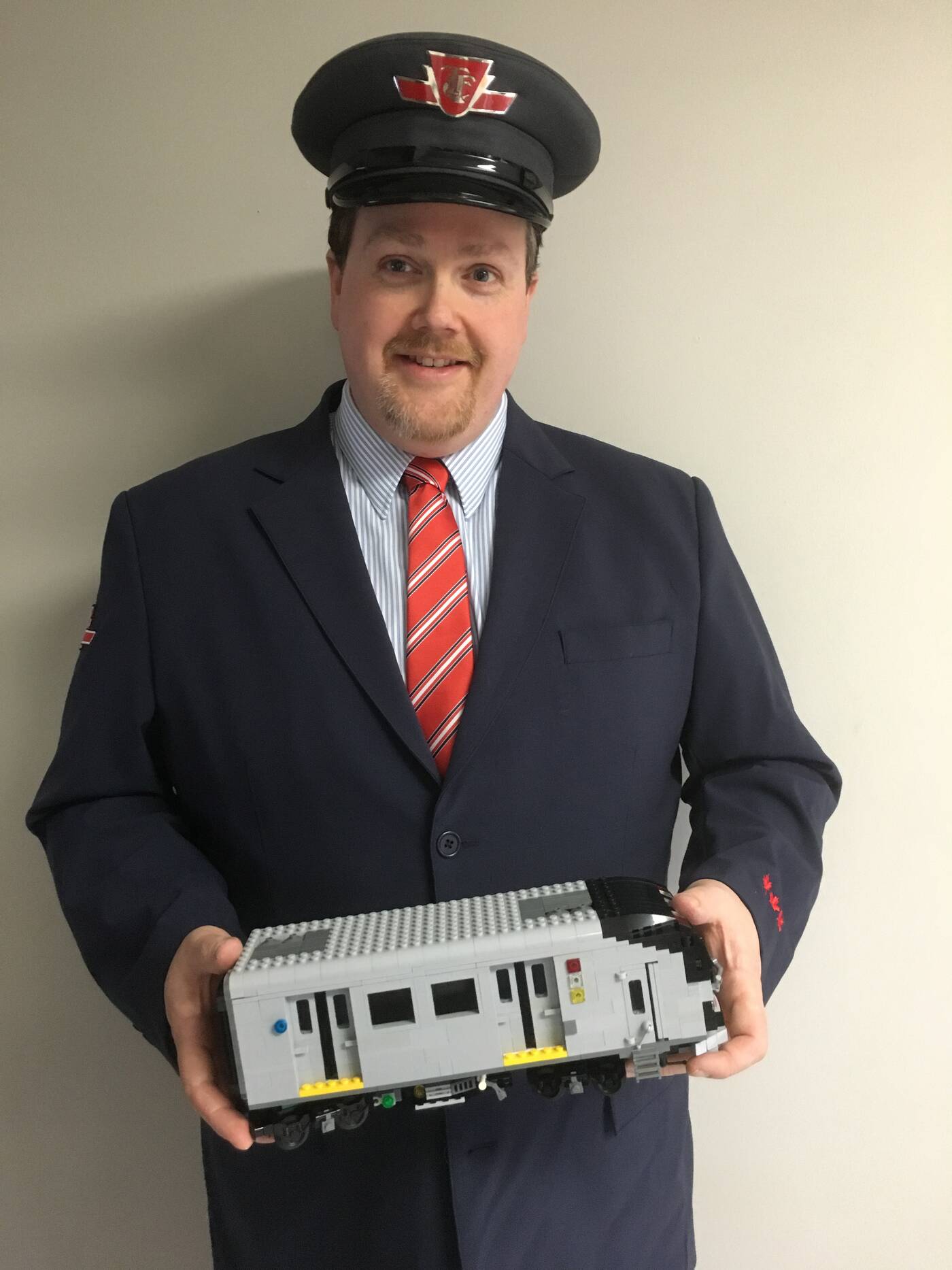 Chapman, who operates trains on the busy TTC Yonge-University Line 1, is a lifelong LEGO fan who is admittedly "obsessed with" building cool stuff.

His ultimate goal with the project, though, is to put Canada on the LEGO map.

"Canada doesn't have any LEGO kits based on Canada," he said. "There are all types of world LEGO; The Taj Mahal, The Eiffel Tower... but nothing in Canada. Not even the CN Tower." 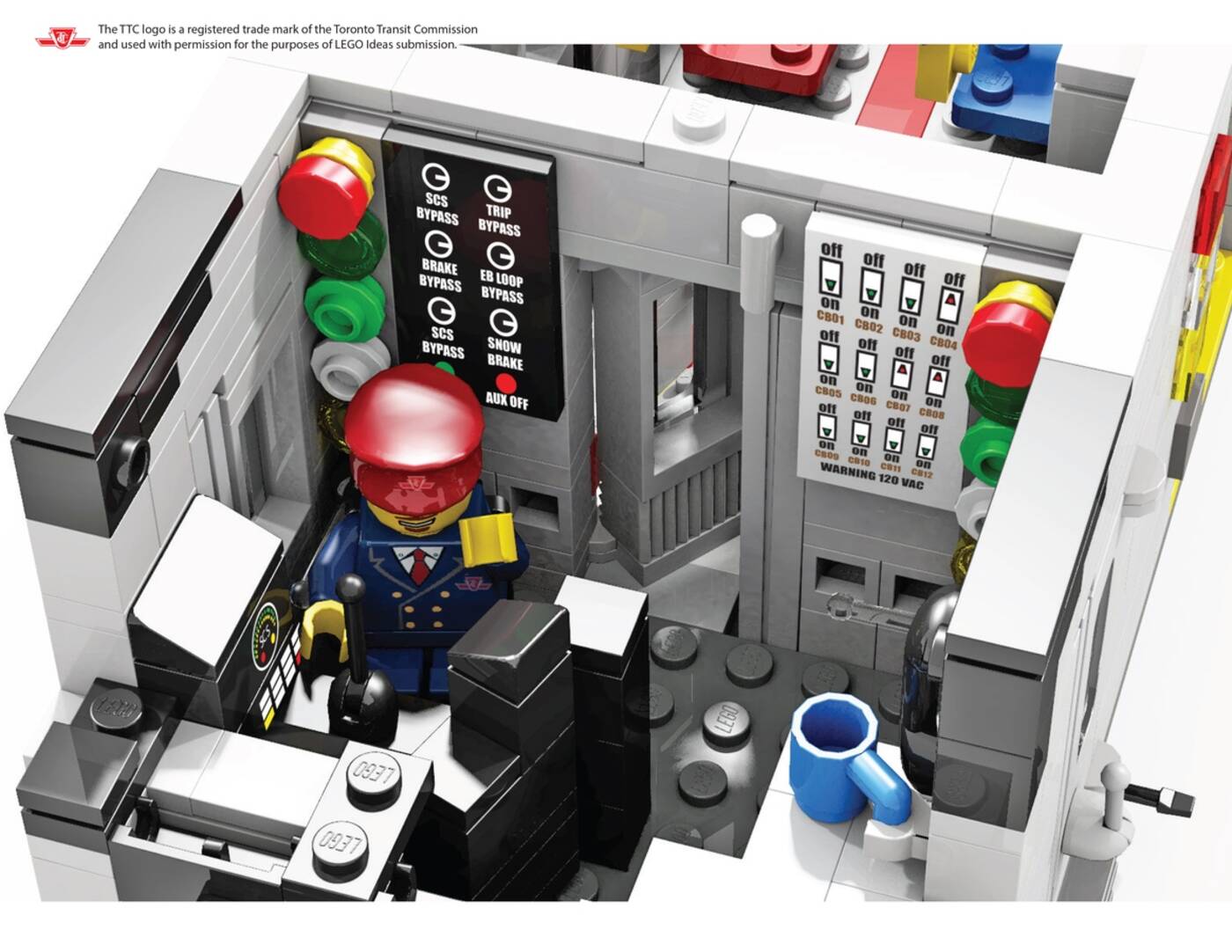 When he started the Rocket Train project, he was simply looking for a train made in Canada – like the Bombardier vehicle he operates at work.

"None existed so I made my own," he said, noting that the TTC is perfect fodder for a LEGO set.

"Even people who hate the TTC love the TTC," he laughed. "People who are frustrated by problems out of our control can take the train home, smash it and rebuild it. It's LEGO."