5 surreal wonders to explore near Toronto

Ontario is a province packed with natural wonders and surreal places to explore. Fortunately, a number of these otherworldly spots are within a reasonable drive of Toronto. From waterfalls to grottos, there's plenty to astound the senses within a short trip of the city.

Here are five surreal wonders to explore near Toronto.

The Grotto at Bruce Peninsula Park

It takes a bit of work to access the Grotto at Bruce Peninsula Park, but is it ever worth it. Carved out over thousands of years by the waves of Georgian Bay, the cave is one of the most beautiful places in the country. Sunlight illuminates the interior water, which takes on an impossibly cerulean tone. 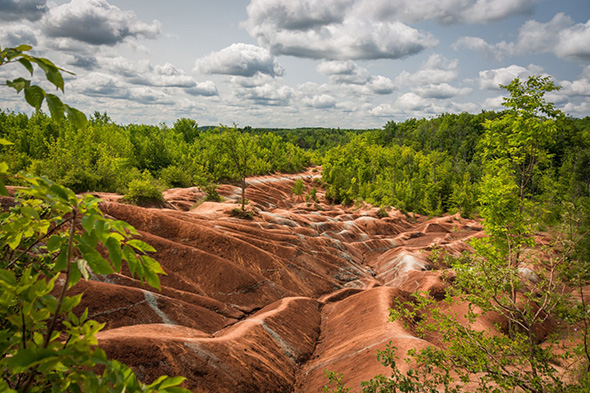 The Cheltenham Badlands looks like a scene out of a science fiction flick. Photo by Ontario Trails.

Access to the Badlands themselves was restricted in 2015 but now they've reopened for visitors to enjoy the surreal landscape. In the future, new trails and other site enhancements are expected. 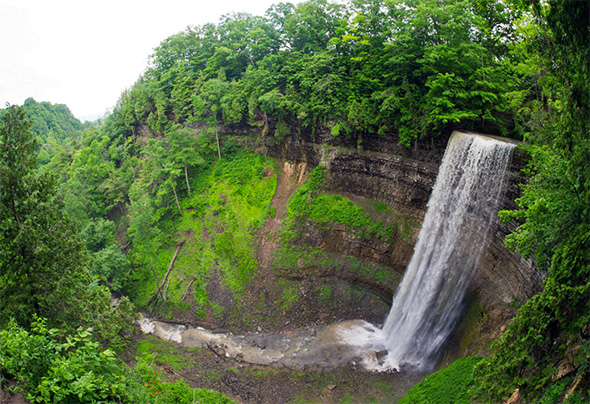 Tew Falls is one of the many stunning waterfalls in Southern Ontatio. Photo by Nimeral1.

The Hamilton area is blessed with numerous dramatic waterfalls, but my top choice is always Tews Falls. Not only is it just 10 metres shy of the height of Niagara Falls, the dome-like setting makes for a surreal sight that feels more Amazonian than it does Hamiltonian. You can also check out the nearby Webster Falls while in the area. 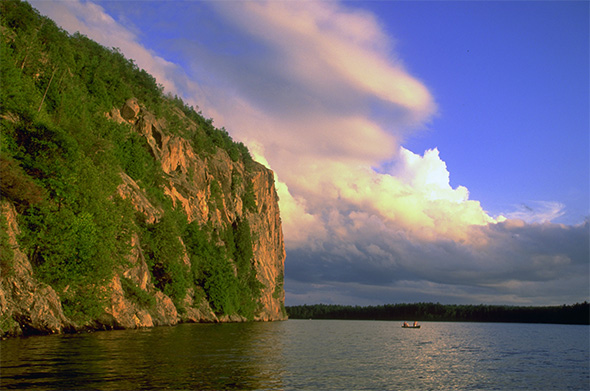 The Mazinaw Pictographs are located on a soaring 100 metre cliff at Bon Echo Provinicial park that's stunning enough in its own right. Close exploration reveals over 260 pictographs spread across the rock face, which make it one of the largest collections of its kind in Ontario. 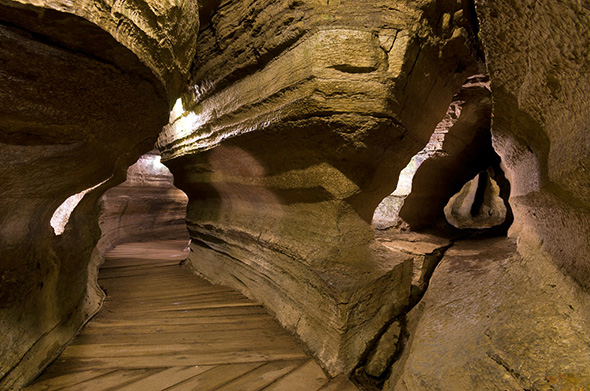 There's no shortage of caves to explore in Ontario but the Bonnechere Caves are are some of the best.  Photo by Ontario Highlands.

Ontario isn't exactly short on caves, but few match Bonnechere for pure aesthetics. This is a photographer's playground, with layered rock walls shaped by millions of years of erosion. The cave system is quite extensive, which you can explore during guided tours.

Marie Wyatt at Tiffany's Falls. With files from Derek Flack.