TCB Tattoos is currently open but their offerings and services may be affected due to the pandemic. Please contact the business directly for more information about any changes. Is this your business? Please contact us if you would like to update this message.

TCB Tattoos has walls that are splashed with art. And tattoo designs. That's the first thing I notice. Second thing I notice is that it's a narrow store, but this is made up for in its length. It's a slender yet long shop in the sense that I can't see the back as I stand at the front. The third thing I notice is some dude, just coming in from a smoke break, telling me that TCB is the best in the city. I nod my head, slightly taken aback. Then Andreas Merrill, one of the store's owners - the other is Scott McEwan , a well-known tattooer in the city - is shaking my hand and leading me to his tattoo station, at the back of the shop. 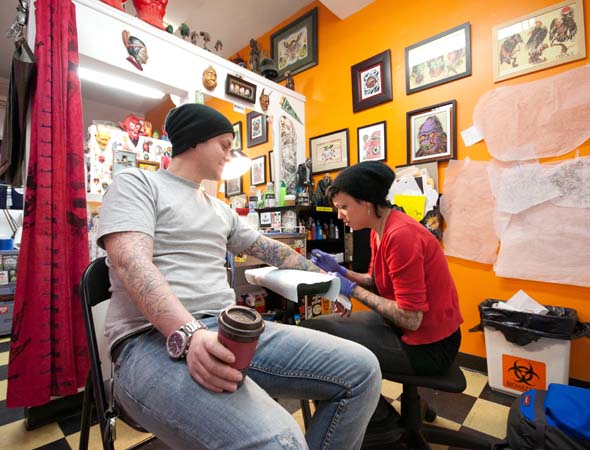 The whole room buzzes - quite literally with tattoo guns - and some lo-fi rock is playing over unseen speakers. The store is broken up, divided with white mini-rooms that are all open-concept. This was intentional. 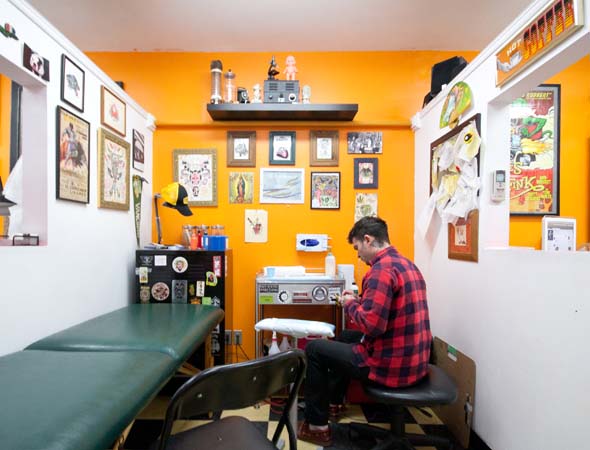 "At a lot of [tattoo] shops you walk in and there's a front room and you really don't see anything that happens behind closed doors," Merrill tells me as the dude from earlier is getting work done in a booth beside us. "When we did this, we wanted it to be a little more open; where you can interact with people upfront." 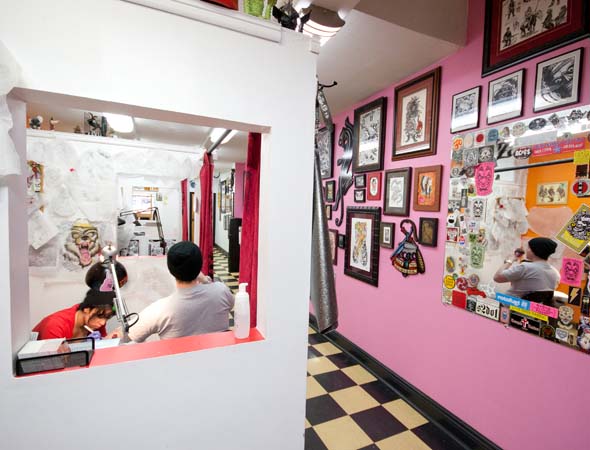 As I'm looking around at the art-slash-trinket-covered walls, Merrill tells me about a bit of the shop's history. He's been tattooing for almost 20 years now, but got his start in the States, Texas specifically. It's there that he befriended McEwan, and when Merrill moved with his family to Toronto, finding a quality shop that was hiring was tiring. McEwan and Merrill then opened up a small private shop down the street from their present locale on Queen St. West . Problem was the landlord was a little "bipolar" and they needed to get out. This was back in 2001. In the spring of 2002 they opened up TCB. 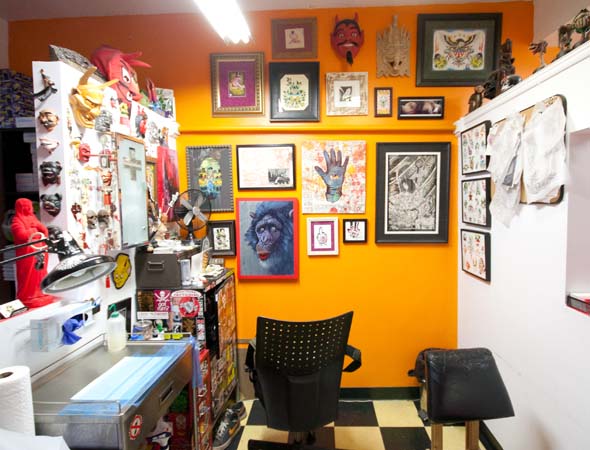 TCB does just tattoos. No piercing. And like the other mainstay shops in the city, they specialize in their custom work. "We do a lot of custom work... and it does keep us going." They do walk-ins, but they don't rely on it. But they will squeeze people in when there's time. And the customer base is as diverse as the Bathurst and Queen environ they work in. You get college kids, professionals and day labourers from hour to hour. "But at the same time, those doors have blown wide open," Merrill explains. "Tattoos don't really interfere with people with real jobs. I don't think professional employers are going to rule people out because of visible tattoos. They understand it's the culture and rather get the best person for the job." 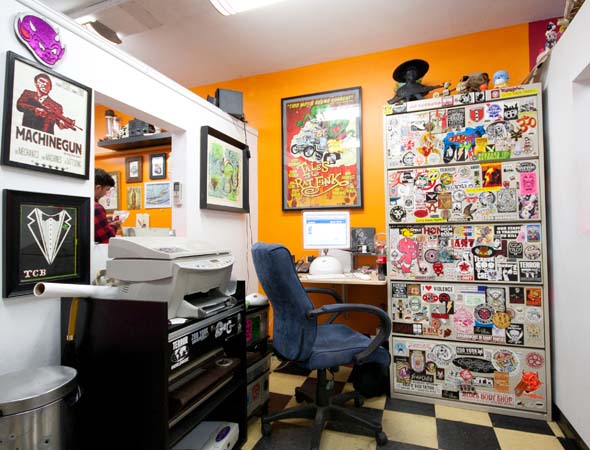 And although it's hard to generalize his customer base, Merrill explains that an almost equal number of men and females walk through the narrow front door. "That's something that's now consistent." 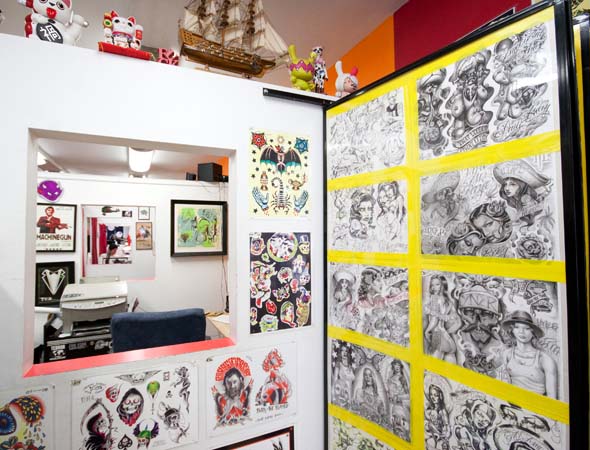 TCB has a current staff of six tattoo artists and an apprentice. And six is a good number as they used to have more staff in the past couple years "and it was a little much." But all stacked with solid clienteles, they keep busy with a reputation for impressive, brag-worthy custom work. Because, for Merrill and his team, you need to put a lot of work into tattooing. Not necessarily the act itself, although it does, of course, but the respect and passion that comes with the permanent art form. 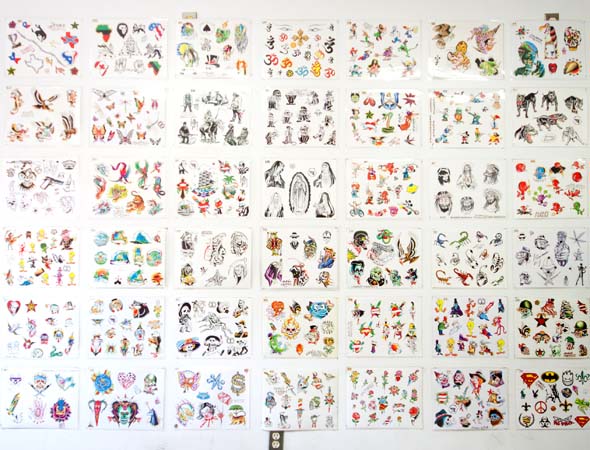 "I try to give every tattoo the respect it deserves. And I have to remind myself of that sometimes." 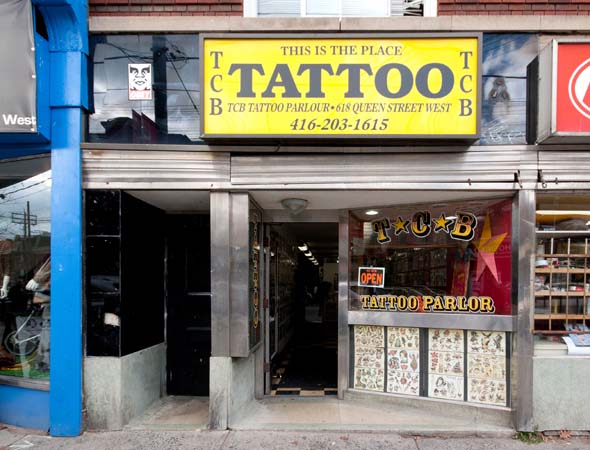