Soundscapes, nestled in Little Italy between College Street Bar and a BMO at College and Manning, is a shop many consider a neighbourhood fixture. Having recently celebrated its 15th anniversary as a business, it's been an introductory musical haunt to many younger listeners, myself included. 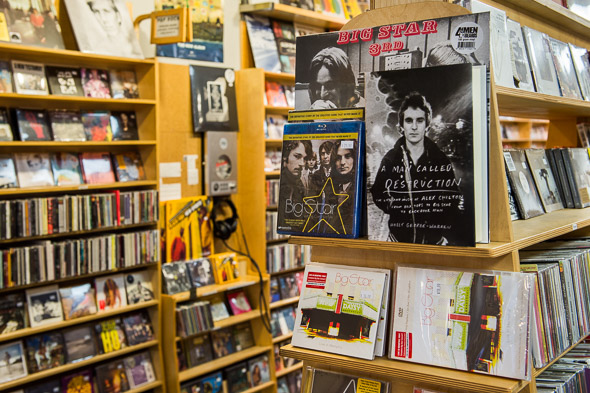 Operating as both a music retailer and one of Toronto's main concert ticket outlets, the store is an easy one-stop for music lovers of all kinds. In the past, they've also hosted numerous in-store performances for artists and bands passing through the city, most notably Bon Iver, who played to "about 20 people" between Soundscapes' shelves in 2008. 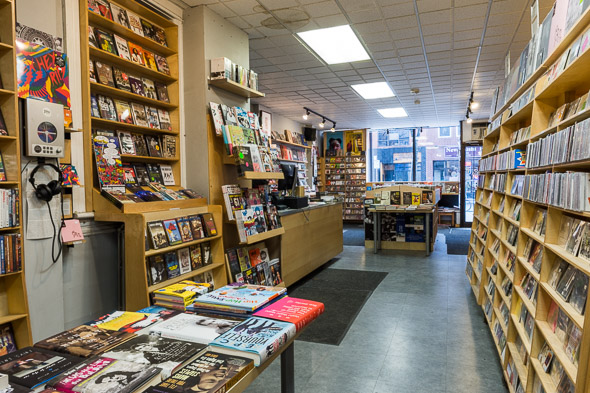 Owner Greg Davis, who formerly worked as an accountant, opened Soundscapes in the Summer of 1999, pursuing his passion for music outside of a sterile office environment. "I wanted to start a store that had a lot of classic records, as well as lesser known music," Davis says, citing their initial success in their stocking of harder to track down, "cult" albums that were not as widely available at the time. 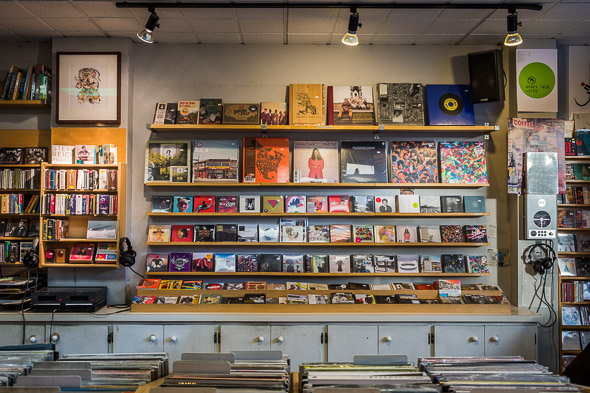 Soundscapes' main draw is their excellently curated selection of new CDs, standing in contrast to most of Toronto's record stores, who have either started as vinyl-only, or slowly backed away from the CD format. 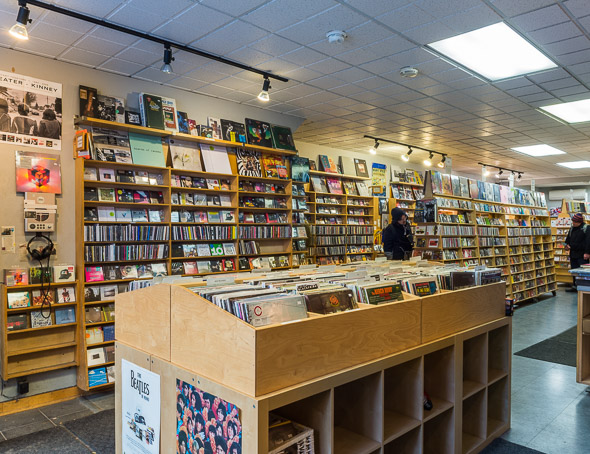 Browsing is a delight, and the knowledgable staff are more than happy to guide you through well-organized sections teeming with current and classic releases, accordingly filed under headers of psychedelic, classical and Independent, among others. Davis estimates that eighty to eighty-five percent of their overall sales comes from CDs. 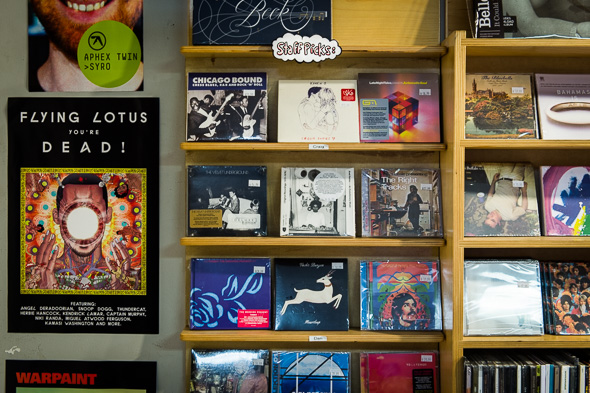 Not to be outdone, however, Soundscapes began stocking vinyl about five years ago, and has since amassed a modestly "focused" selection of vinyl, keeping up with most new and local releases, as well as the usual essentials. Local cassettes get some shelf space, and they've also been decorating their window display in diorama-tribute to local and Canadian releases for years, most recently Alvvays and Absolutely Free . 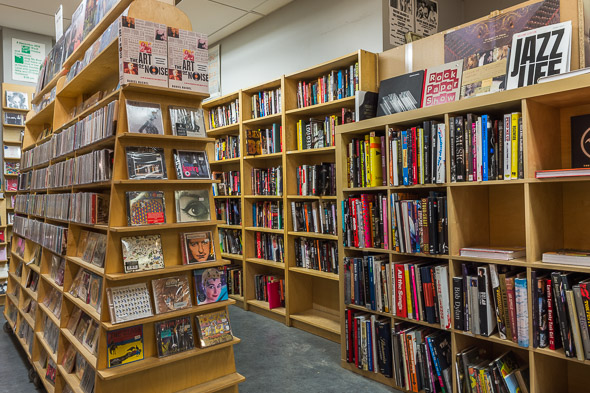 When asked about the future of selling a physical commodity of music, Davis admits that streaming is starting to squeeze CDs out of the market. "A lot of our crowd is older, and you begin to see fewer and fewer familiar faces," conceding that Soundscapes now employs a third of the staff they did 10 years ago. 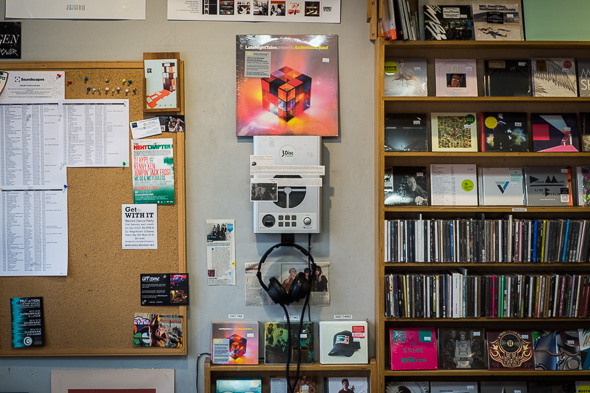 "Packaging is becoming more and more important", Davis states, citing reissues that are as much reading material as they are music. Recent compilations, such as Native North America: Aboriginal Folk, Rock and Country 1966-1984 , come with extensive liner notes and dialogue that add relevance to music from the past. "I think that's what the future will become," muses Davis positively, "adding context and story to the music." 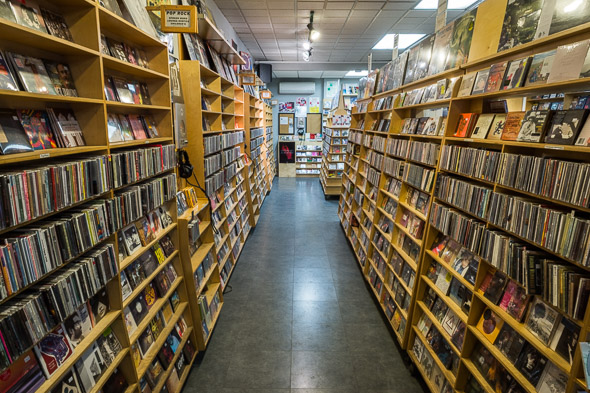 As someone who started a business based on their love of music, Davis clearly appreciates the sum creative effort that stocks his shelves, reminding us of the amount of work and people involved in producing a single album. 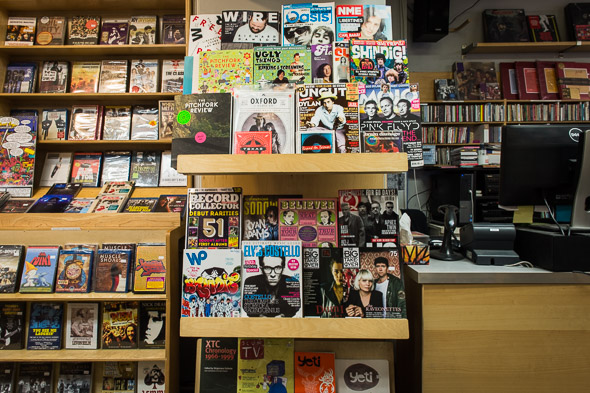 "That's the great thing about music stores, or book stores, or video stores," he says, paraphrasing something Doug Paisley observed during one of Soundscapes many in-store shows. "I am in awe of the work that went into all of the art in this store." 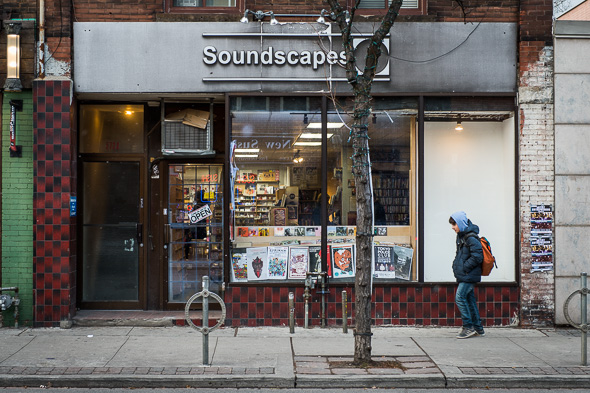