Faith / Void isn't exactly the most conspicuous place in Toronto, but when it comes to searching for the hardcore music scene in this city sometimes all you have to do is follow an arrow to a set of stairs leading to a basement. There, you'll either find a record store or a music venue. At Faith / Void, you'll find both. 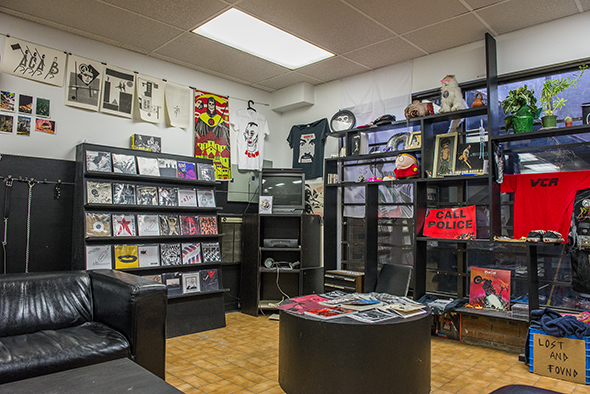 The small record store is tucked under Shayne's Consignment on College Street between Dovercourt Rd. and Delaware Ave. The store doesn't seem like much on the surface, but you're all but guaranteed to find that record you've been hunting for or, perhaps better, a local hardcore punk concert. 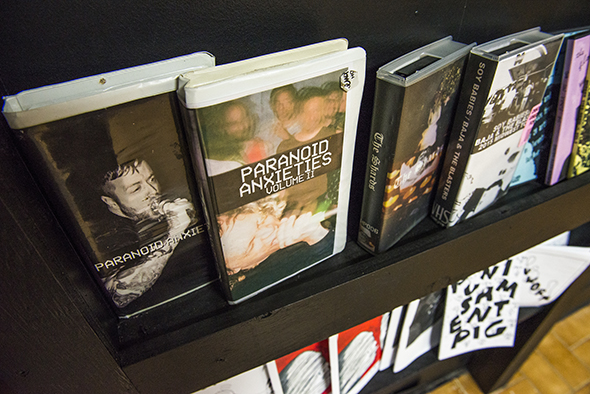 The store is the brainchild of Ryan Tong, lead singer of the hardcore band S.H.*.T. He opened the doors in October 2015 after the closure of DIY venue S.H.I.B.G.B.' s. Tong was a part of that Geary Ave. venue that closed after just a year and a half when municipal zoning bylaws caused a number of headaches. He hopes this new shop will exceed that lifespan. 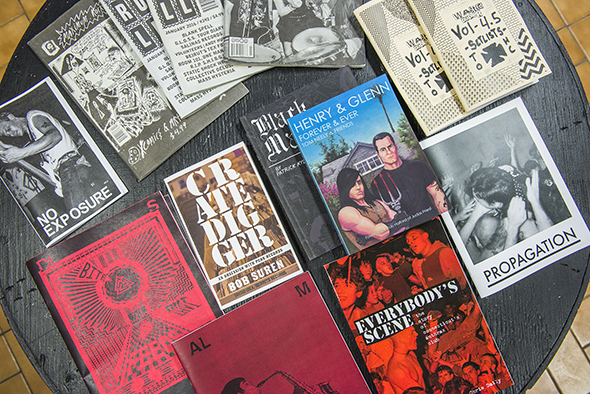 As you walk down the staircase, an illuminated banner with the words "Faith / Void" greets you as you enter. Once inside, the first sense I have is that this doesn't look like a typical record store. A couple of large black leather couches take up the centre of the store with records on one side and zines on the other. 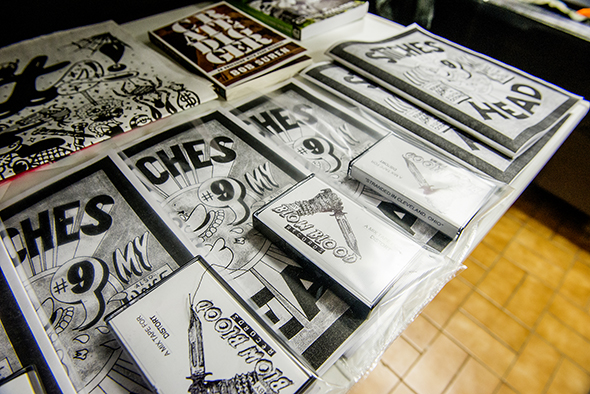 You get the sense that this could be someone's living room or basement. It's inviting in a way that most retail spaces are not. I suppose that's because this isn't solely a shop. 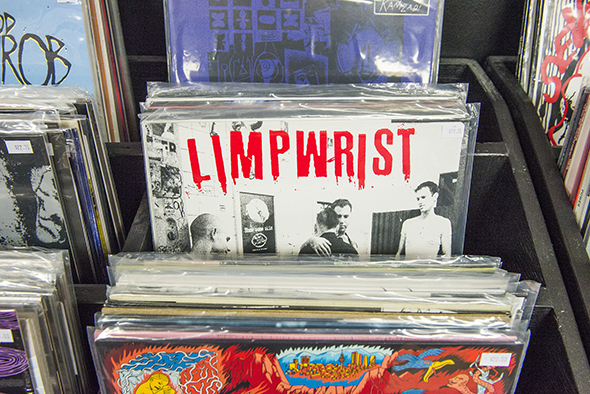 While the selection of records is moderately sized, you're bound to find albums from bands such as Judge, Turnstile, White Lung and Split Veins. If you're into cassette tapes, the store offers a wide selection from bands like VCR, Anti-Vibes, and even Beethoven. 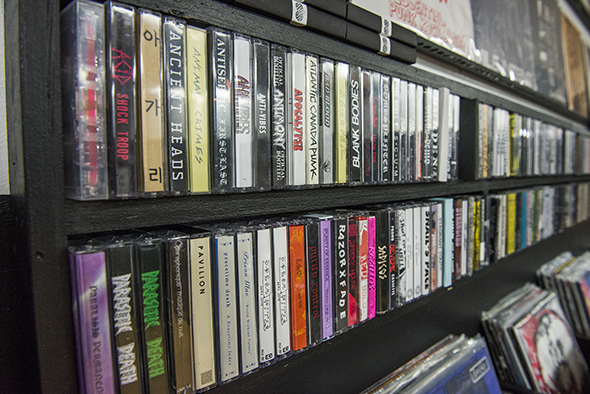 Beyond the merchandise and cash registers is the large empty space used for shows that feature local hardcore bands. This is a busy venue, with acts taking the stage on a weekly basis. In other words, the venue portion of the space is hardly an afterthought. 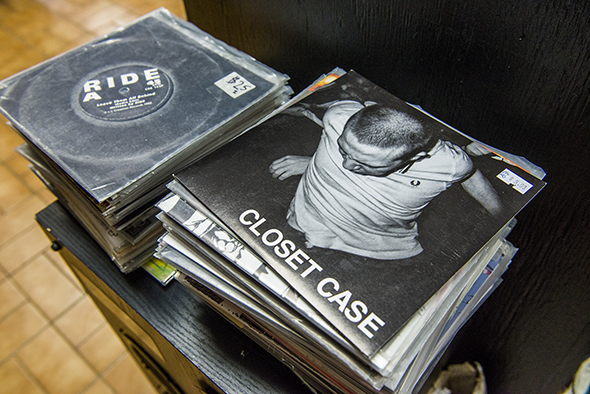 The name of the store was taken from the famous split vinyl from Dischord Records called "Faith/Void" featuring the bands The Faith and Void, which is one of Tong's favourite records. It may be quick and easy to label this place as merely a punk record store, but Tong says it's about more than the inventory. The community walking through the doors is the key to the place. 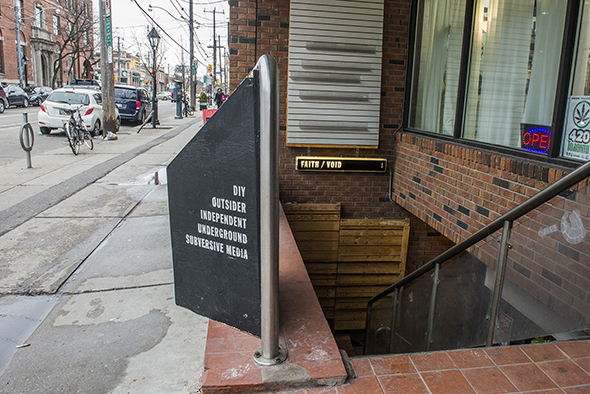