Carbon Computing has a new home on West Queen West . Previously a Riverside fixture for over a decade, the computer shop has long catered to what COO Neil Oates refers to as "the Apple community" in Toronto.

A lot has changed since they opened up the Queen East location in 2003. For one thing, the Apple brand, previously the domain of a small minority of die-hard gearheads, has snowballed into a globally-dominating cultural phenomenon. Nowadays, it's hard to find a home that doesn't have an Apple product in it. 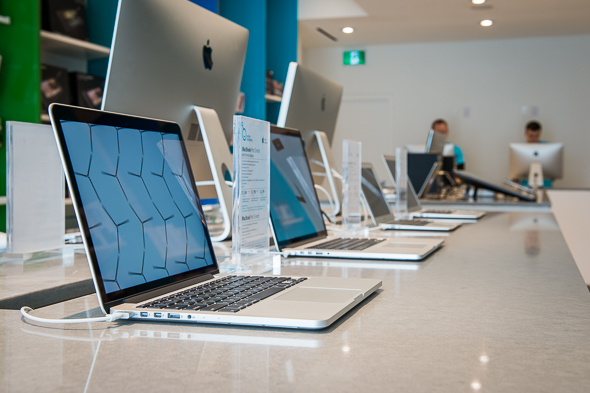 At the same time, the retail market has grown more crowded, dominated by big box stores, online sales, and - of course - Apple themselves. Though many folks are content to crowd before the Genius Bar to pick up a new product or get repairs done, Carbon is capitalizing nicely on the things that set them apart. 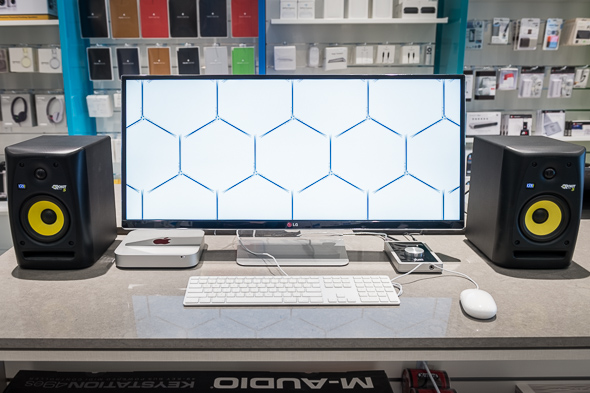 "You can actually breathe in our store," Oates says. "I don't want to criticize the Apple store - but it is always busy. Incredibly busy. Here, we have a smaller staff, you can learn people's names, you can deal with the same person each time you come in. I think time has shown us that some people seek us out for that." 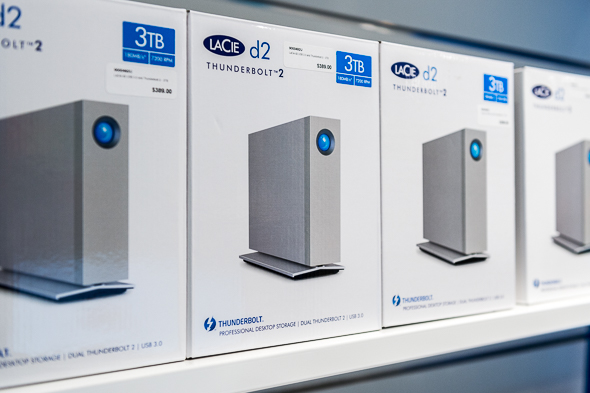 Their move to the west side of town - into a storefront that was previously being used as a residential home - positions them conveniently near Liberty Village, as well as a slew of businesses that need quick, convenient Apple repairs (they're an authorized repair centre for Macs and iPads, and will soon extend to iPhones) or want to hire out their in-house IT services. 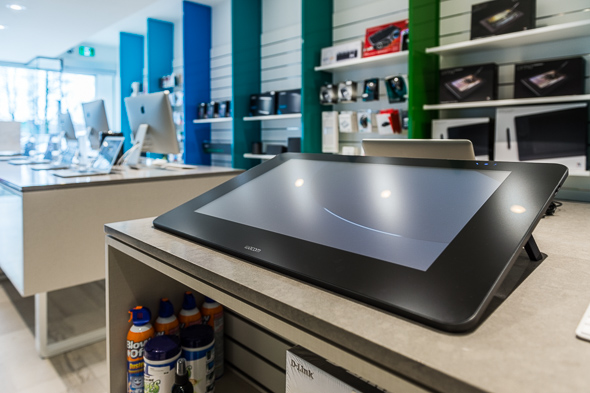 The new Carbon aims to walk a line between approachability and top-flight quality. In addition to the full lineup of Macs and tablets, their accessories have traditionally focused on what Oates calls the "mid-to-high prosumer level of the market".

Where others would offer a range of entry-level MIDI controllers, sound systems, drawing tablets and external drives, Carbon's cheerily-painted shelves feature an ultra-tight selection of items from Sonos , Wacom and LaCie . 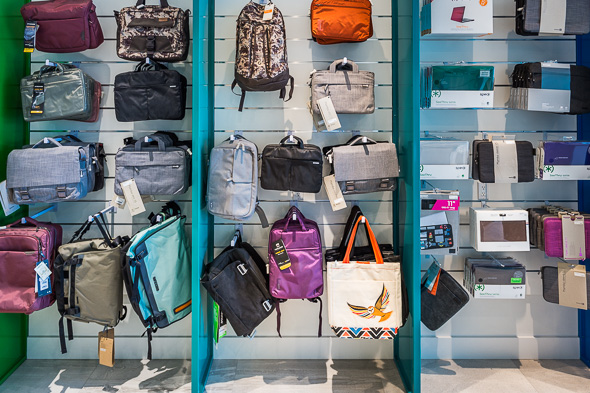 However, thanks to both Apple's newfound mass appeal and the fashion-forward West Queen West corridor, they're bringing in a wider selection of bags, cases, headphones, and other lower-impact items - "sub-$300 accessories that people can walk in and sort of impulse buy. 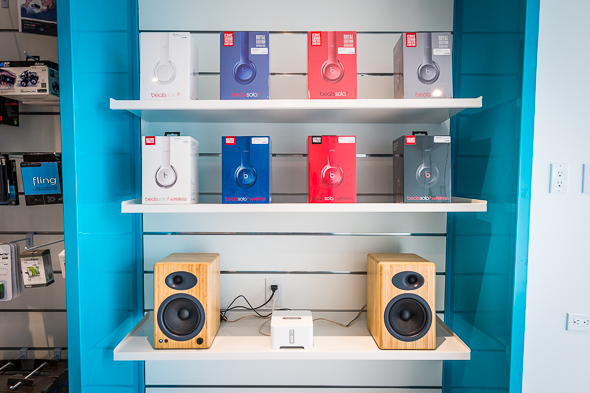 "We want to set the store up so when you come in, there's familiar stuff, and you're not hit with 'Whoa, this place does things I'm not supposed to see or touch,'" Oates says. "We want it to look friendly." 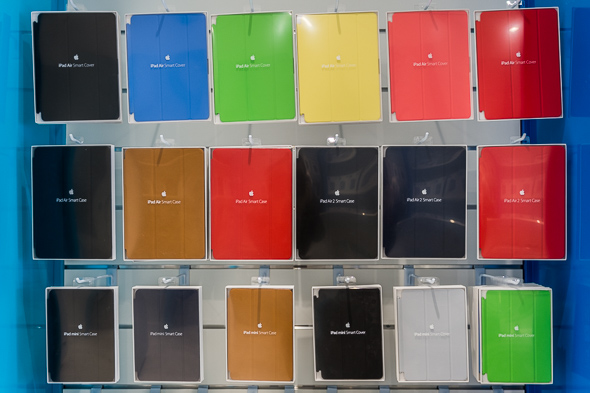 New developments are planned for both the pro and consumer sides of their client base; while an audio demo suite for film and TV professionals is being built on the second floor, they're also planning to bring in lifestyle-focused products like Nest thermostats and Philips Hue lighting: "Maybe we can expose someone to some tech that they wouldn't see at the Apple store." 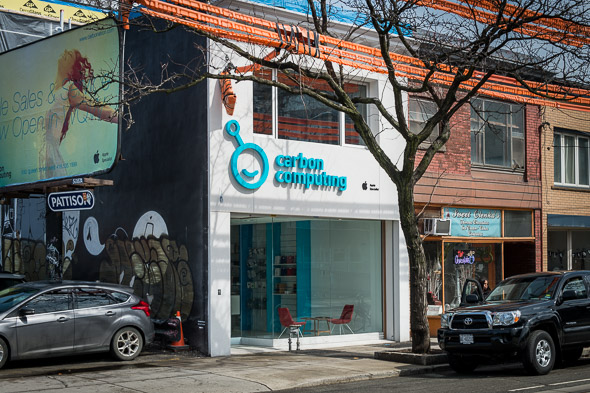