Blacksmith Cycle is one of those stores that's bound to attract people who just want to talk about bikes. That's not to say that customers won't also purchase what the shop has on offer, but merely to draw attention to the fact that the retail space is slick and inviting and the staff are particularly welcoming. It doesn't hurt that there's a giant flat-screen television and decent coffee available in the almost cafe-like front of the store. 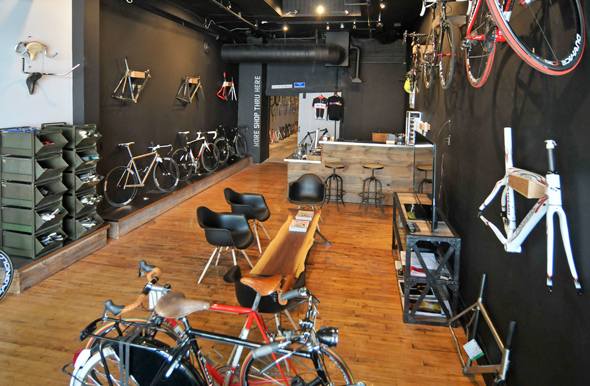 In fact, the whole concept feels vaguely European — which, of course, makes sense once you notice the names of the bikes that surround you: Carrera , Merida , Colnago , Scapin , etc. Yup, Italian racehorses all around. There's also American niche-brands like Baum Cycles and Independent Fabrication and Euro-cruisers by Gazelle, but these just fit in with the custom vibe that Blacksmith has going on (a hint of which is even contained with the name). 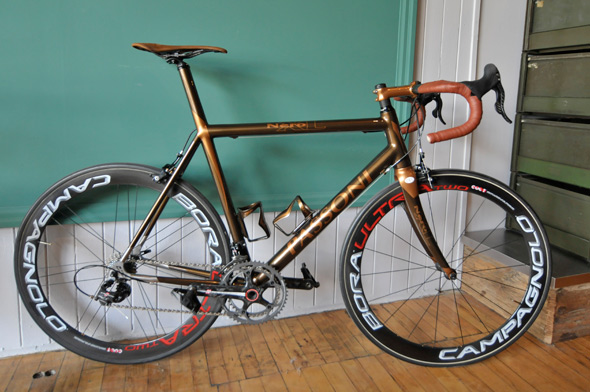 It's not so much about sourcing hard-to-find bikes, but about "the level of customization that can be achieved through these companies," explains owner Michael Yakubowicz. Whether it's a matter of a unique paint job or tailor made geometry, Blacksmith tries to differentiate itself from other up-market bike shops by offering more personalized options. As much as that puts the stock in the higher end of the price range, you can still get a built-in-Italy Carrera with Shimano 105-level components for about $1700. That's a lot if you want a bike to tool around the city, but not if you're an enthusiast looking for your first race-worthy road bike. 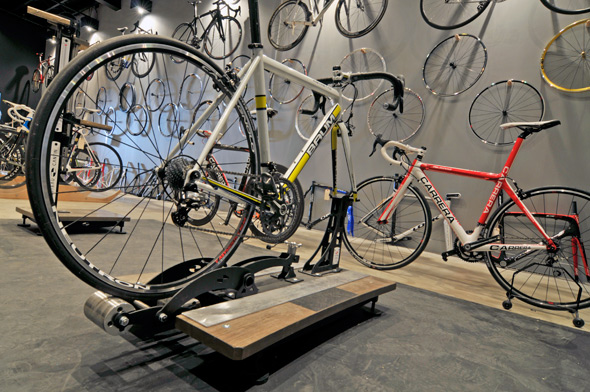 As far as the upper reaches of of the price end goes, as is the case with all shops that specialize in custom builds, the sky is the limit. But, at least customers can take solace in the fact that whatever bike they shell out for, it's bound to fit properly. Instead of going the standard route and fitting people himself, Yakubowicz has hired two expert fitters to handle what is a surprisingly important part of the bike purchasing process. Working with the a fully customizable Juteau-Cantin fit system, they'll be working with customers who have purchased bikes at the store (which is free) and with those who want to dial in the fit on their current ride (prices start at around $90 and go up to $240 depending on how in depth you want to get). 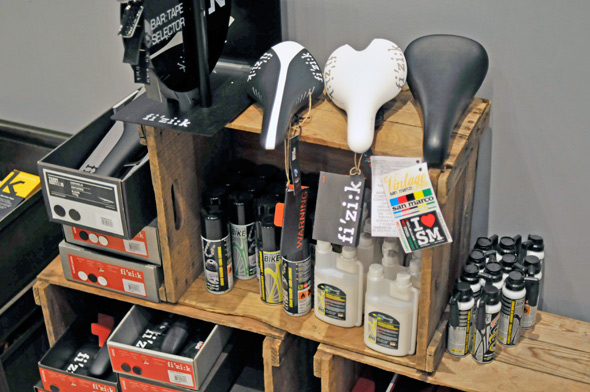 On the component and accessory end, Blacksmith carries almost all of the big names, but also products that have yet to make it to Toronto in any reasonable supply — stuff like Rudy Projects helmets and eye wear, Shutt apparel , and a whole host of wheel brands that I've never heard of but that look light and super fast. 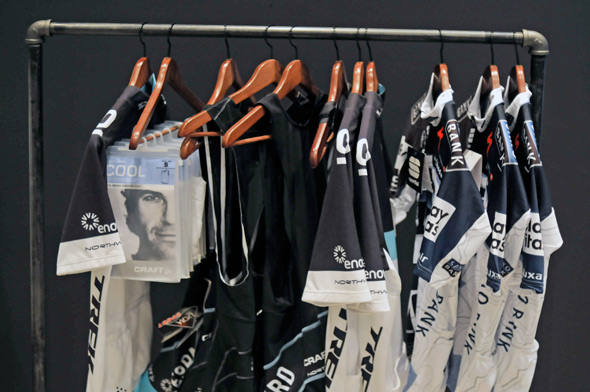 As a bit of bike nerd, I could go on about the products, but the note that makes the most sense to sign-off on is the service. Each of two times I've been in the store, I've witnessed Yakubowicz helping a customer with a special request, and each time he was accommodating and helpful despite being given relatively short timelines to work worth. This is a good sign. If you want to deal in the ultra high end, you have to have the service chops to back it up — and from what I've seen, these guys do. 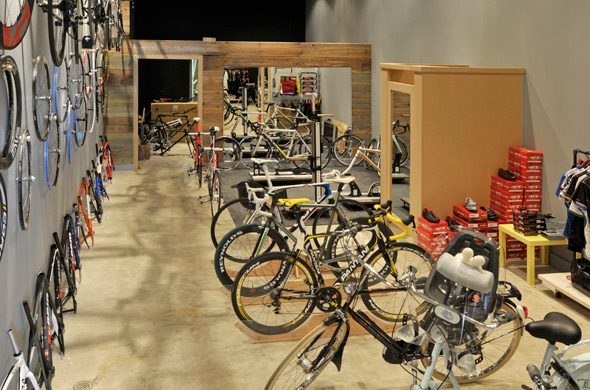 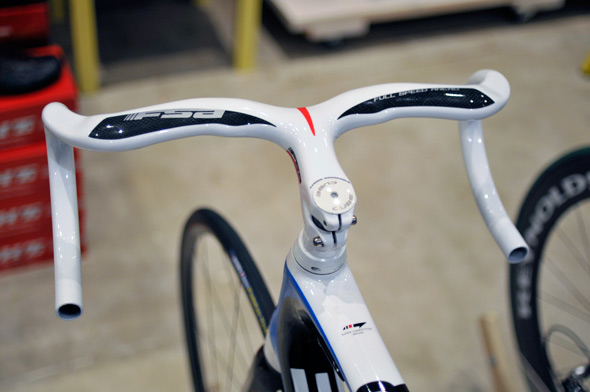 Who the store caters to: roadies, racers, those passionate about bikes

Service capabilities: Everything that a road bike could ever need

The tune-up: $75 for a tune-up that includes wheel-truing

The Best Custom and Road Bike Shops in Toronto